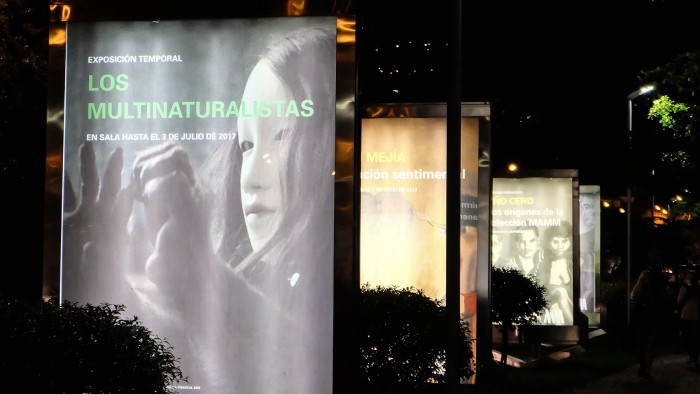 On Multi-naturalism and Cultural Negotiation

From 5 April till 3 July, Medellín’s Museo de Arte Moderno (Colombia) is presenting Los multinaturalistas (“The Multi-Naturalists”), a show organized as part of “Colombia-France Year 2017” observances, also part of the “Temporadas Cruzadas” series the French Government undertakes with different countries around the world in a spirit of exchange and cross-connections; in other words, “cultural negotiation,” to borrow one of the concepts to which the above mentioned show recurs. 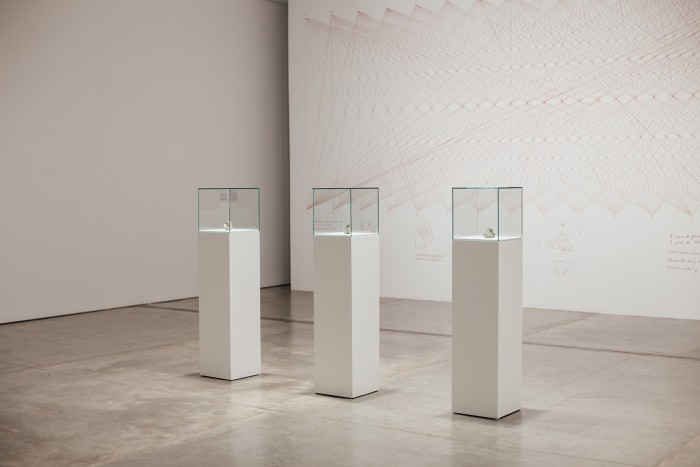 Throughout the text that contemplates the project and expresses the curation’s interest in understanding nature as a space of inscription for political situations, there is a return to sundry concepts and theses that, unfortunately posited or tending to vague speculation or, in the best of cases, simplified in the extreme, leave both fundamental issues and cohesion in limbo before the critical position to which the show aspires. “Multi-naturalism,” [1] multiculturalism, “cosmopolitics,” “the knowledge ecology” [2] and epistemological pluralism are just a few of the notions that are superficially sketched, without additional development, and that attest to an ambitious intention that does not provide viewers with any articulated reading.

Besides what strikes me as an abuse of theoretical references, the curatorial proposition confidently offers up “a poetic dialogue with Colombia’s sociopolitical context in an historic, post-conflict moment,” at the same time it proposes “to examine the implications of regulation on territory, resources and ancestral knowledge in the political future […] following the Peace Accord, as well as reflect on the global ecological crisis […],” declarations that turn out to be rather curious when you consider more than half the works are by French artists and are inscribed in cultural contexts that, while they connect to problems of an ecological, economic and political nature, are far removed from any shared historical and social path that has lent form to Colombia’s many and catastrophic national conflicts. 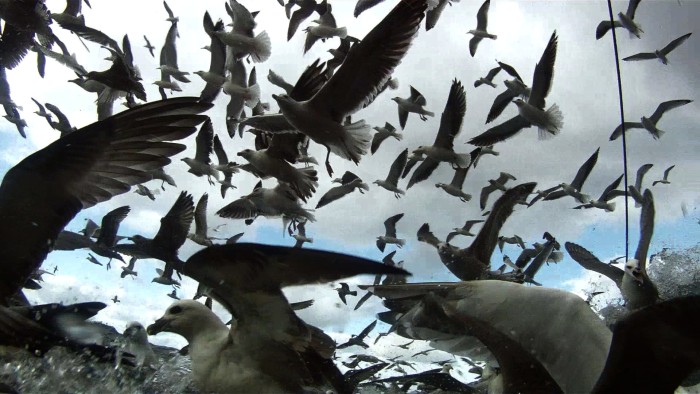 That said, it’s clear the exhibition features a selection of important French artists and filmmakers being showcased for the first time in Medellín —as is the case with Lucien Castaing-Taylor and Véréna Paravel, who make quite a mark with their highly celebrated film, Leviathan (2012); or the well-known Pierre Huyghe whose Untitled (Human Mask) (2014) is an overwhelming mise-en-scène about the human condition’s infinite temporal and existential indetermination. It’s also a fact that the inclusion of Colombian artists seems uneven in terms of discursive force and presence within the framework of the dialogue that is promised to visitors. I would have assumed the curator would present a wider-ranging project roundup as a means of strengthening the end result. At the same time the fact the entirety of Colombian projects has been commissioned for the show is noteworthy; so it’s no surprise that it’s these works in particular that prove to be the exhibition’s weakest presence.

Collaborative work between Milena Bonilla and Luisa Ungar nonetheless merits attention. In the audiovisual piece entitled Las palmeras eran de cartón, the artists leverage archival materials from the Amsterdam and Paris World’s Fairs (1883 and 1931, respectively) to configure a key to a critical reading vis-à-vis a selection of texts from US-based minimalism that serves to establish an analogy between stereotyping as an exercise in diminishing the Other and the absence of representation as a strategy to signal the existence, per se, of the material.

The same cannot be said of Cuca, an (also commissioned) sound installation from the 4 Direcciones collective that reproduces an audio recording during a Kogui pagamento. [3] The recording, played back in a narrow, dark space, never goes beyond a presentation devoid of context and reading, in which, as is the custom, the external gaze continues to be privileged over the native. The question of anthropological representations of indigenous peoples and “the indigenous” in general (their territory?) is once again limited to an aesthetic concern that seeks resolution through the essentialization of a thought system. 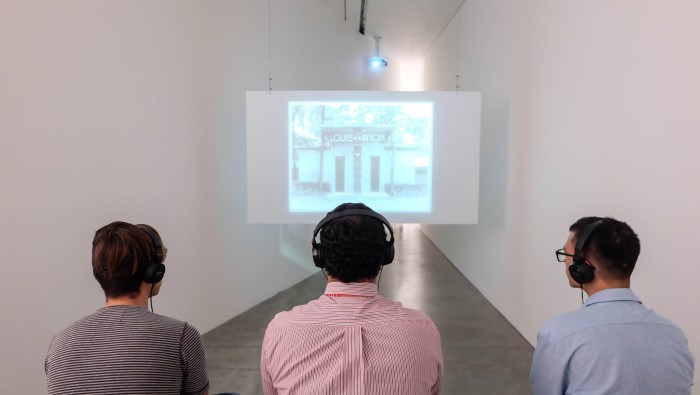 Finally, despite what might be reproached when it comes to the curatorial reading’s diffuse theses and vanishing points regarding this collection of art projects, the unquestionable Achilles’ heel of Los multinaturalistas lies in its overwrought staging. The museography, in a design based on “polygonal shapes that respond to a rational and interpretative order of nature, alluding both to Enlightenment spaces and structures as well as to crystals’ and minerals’ angles and geometries, transformed by culture,” has little or nothing to do with the rest of the discourses presented within the show.

These tangled, off-the-mark museographic solutions give rise to confusion both as you make your way around the show and when it comes to possibly establishing a conclusive dialogue among the artworks. Discursive, visual and spatial fragmentation is reinforced with an excessive use of diagonals that visually nullify any chance of perceiving architectural forms, because of the very magnitude and confinement to which the gallery’s conditions reduce them. The results are residual spaces visitors reach almost by accident, only to bump into an artwork; or funnels that favor dispersal and inattention to the elements in place.

* All article citations were taken from curatorial texts and gallery curation.