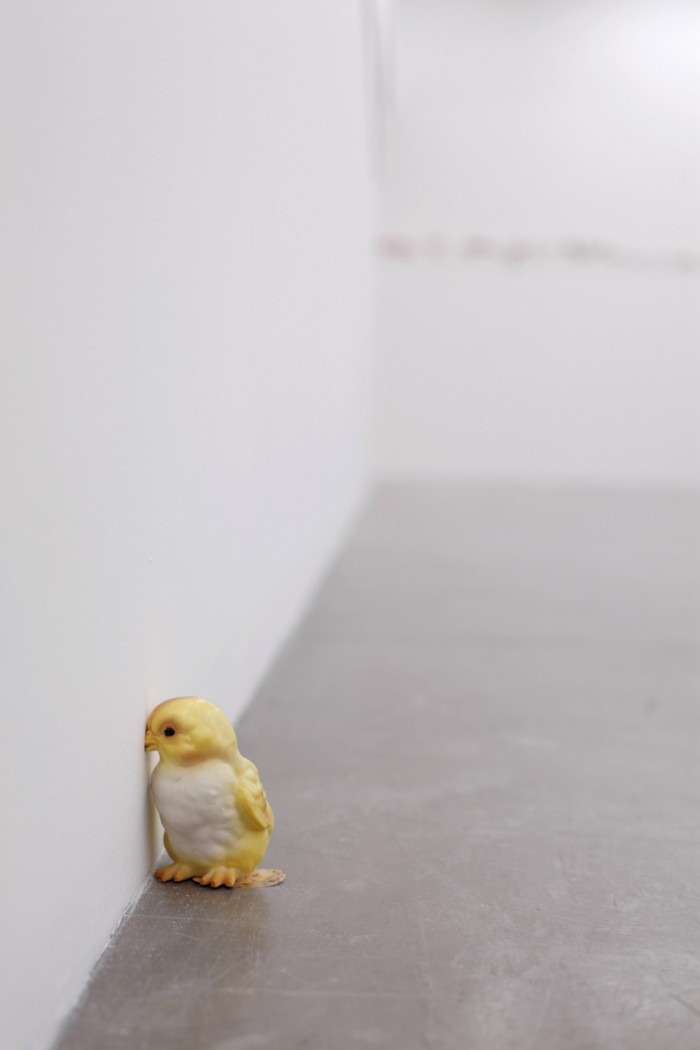 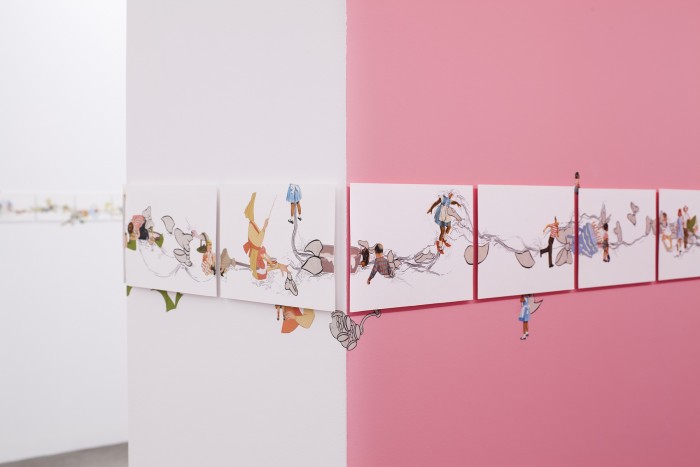 Catalina Schielbener’s Growing Sideways takes its title from queer scholar Kathryn Stockton Bond’s notion that in contrast to the normative view of “growing up”, the non-straight child “grows sideways” [1] through life-long, lateral interactions between childhood motivations and adult identifications. For Bond, queer children “grow meanings by putting people and things rather oddly besides themselves” [2].

Schliebener’s site-specific installation grows between two- and three-dimensional surfaces and grows across HACHE Gallery’s two connected rooms. In one room, over five-dozen drawings-on-collage will line the walls in a consistent, clean line; in the other room, the icons expand in in scale, density, and repetition. A range of found objects are modified and arranged against bright pink walls.

By exploring the limits of binaries of masculine and feminine and author and audience, the exhibition questions if gender is prosthetic, time is fluid, and the past is present.