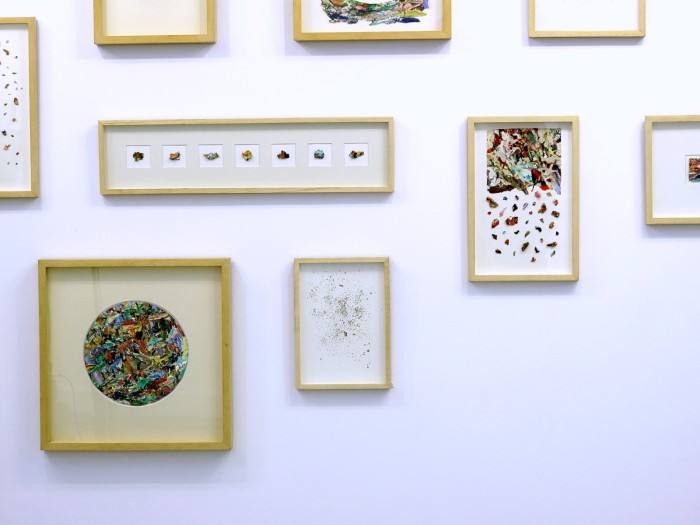 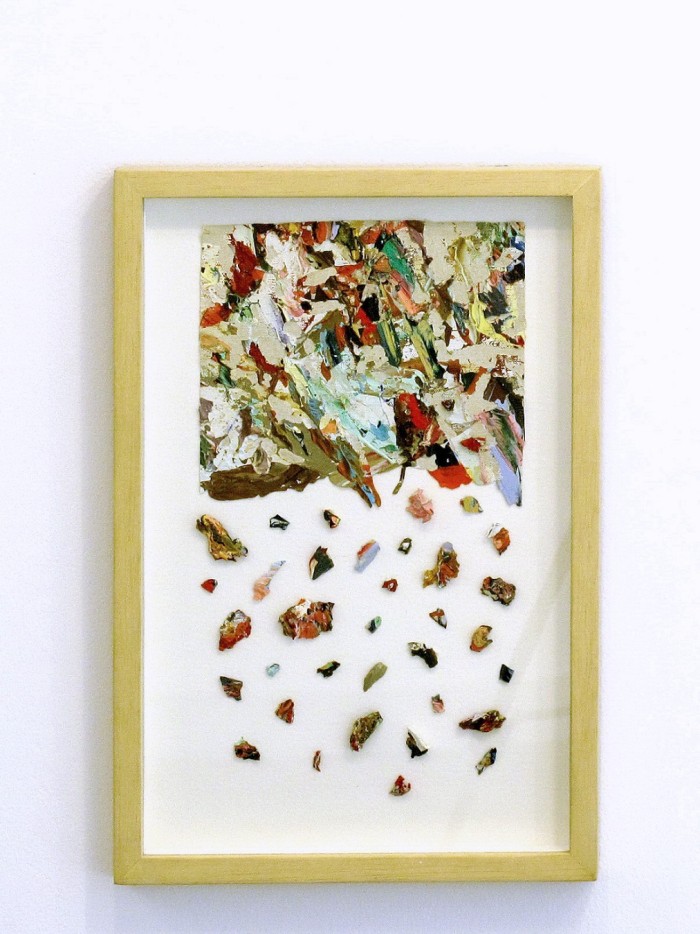 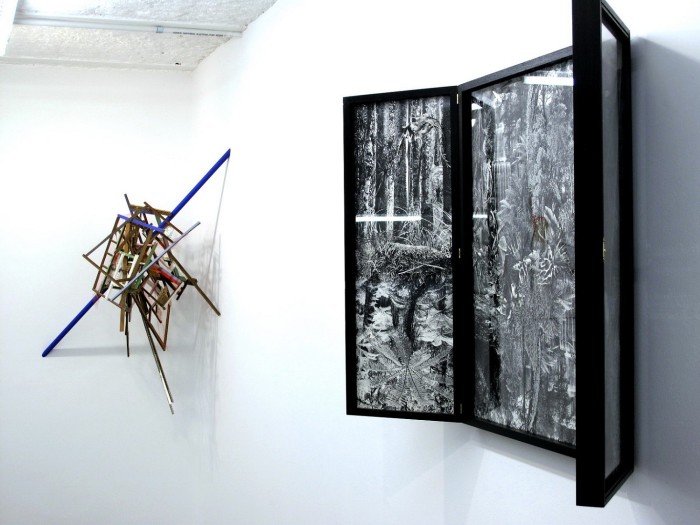 The works of Rosana Schoijett, Silvia Gurfein and Ana Tiscornia have several traits in common. The use of paper as media and foundation, the emphasis on placing fragments at the center of their work, the laboriousness implicit in the pieces. But above all what the works present is a slippage from traditional art media towards a different materiality. Photography, painting and architectural drawing have been imploded, cut-up, reorganised in new configurations.

Rosana Schoijett (Bs As. 1969) is a photographer who has set aside the use of the camera and the digital world, instead focusing on recovering beautiful vintage photography coffee-table books she finds in second hand bookstores. Fascinated by the print quality of the images, she painstakingly cuts the pages up by hand and stitched them together, creating collages with a subtle 3-D effect.

Silvia Gurfein recovers the oil paint which has hardened in her painter’s palette, cuts it up in shape, picks up its fragments, organizes them. What was meant to be discarded becomes central to these series of pieces, a complement to her paintings. A slippage from pictorial language towards a different use of matter where margin becomes center.

Ana Tiscornia (Montevideo, 1951) resides in New York since 1991. Trained as an architect her cardboard constructions depart from floor plans of homes she has lived in or from designs by Modernist architects who have influenced her. The notion of habitable spaces —inasmuch as they are containers of memories and experiences— is central to her production. These architectural drawings have imploded in her work, fragments of distorted perspectives, miniature staircases appear among other traces. She is interested in the idea of interstitial spaces, those where the experiences of immigrants, refugees and homeless take place, as well as in the metaphorical fractures of space that are the sign of contemporary times, out of which new manners of living and interacting with one another arise.

Miso Soup for the Silicon Soul