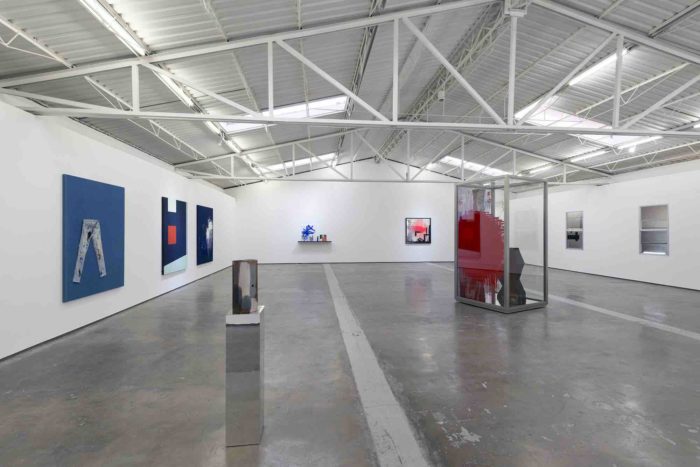 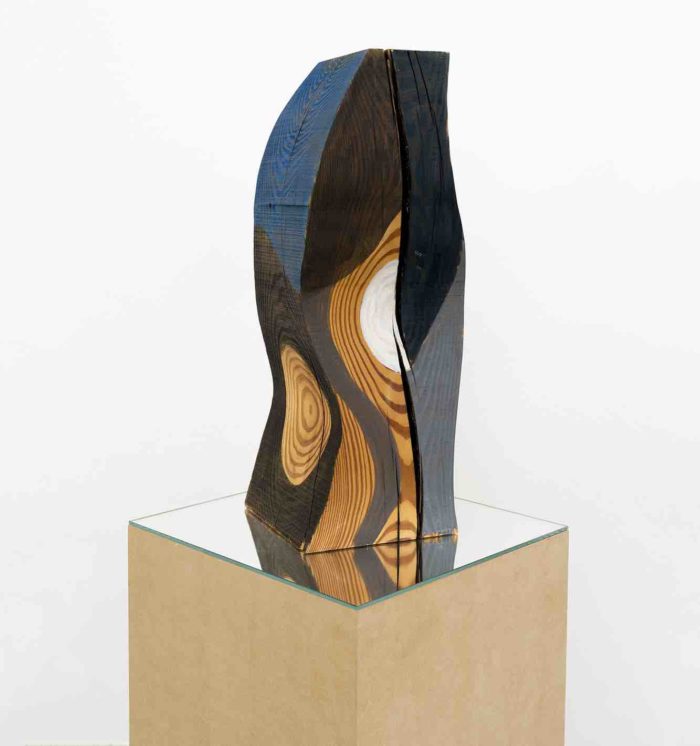 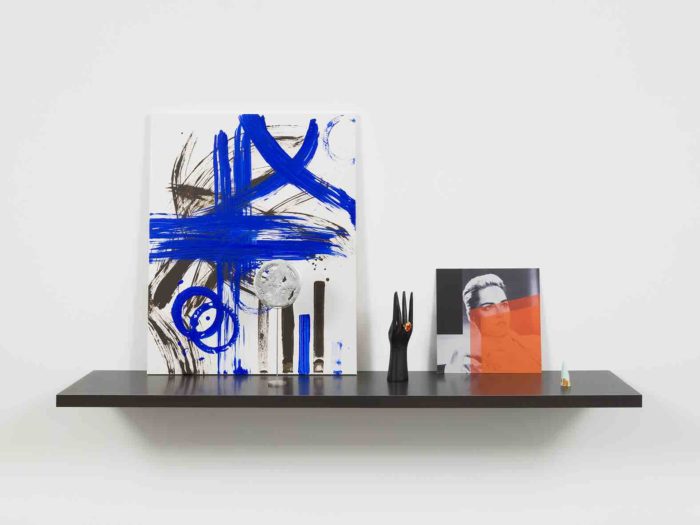 Meckseper’s practice is premised in a consideration of the visual and material cultures of consumerism, art history, counter-culture, and 20th century modes of display through installations, assemblages, and film.

Using methods of retail display such as glass vitrines, shelves, shop windows, combined with a methodical and confrontational use of mirrors and reflection, her work establishes a non-linear narrative that highlights capitalism’s infinite tendency to appropriate, replicate, and corrupt.

In her show at PROYECTOSMONCLOVA, Meckseper juxtaposes paradoxical elements such as a film still of Sharon Stone, references to Brancusi’s endless column, a mannequin hand, and a painting that reads AUSSTELLUNG [exhibition]. A series of paintings of casual brushy strokes made with toilet wands eludes to mid-century master works, but here the painter’s canvas has been substituted by blue denim, replacing the traditional bourgeois canvas for a working class and revolutionary signifier.