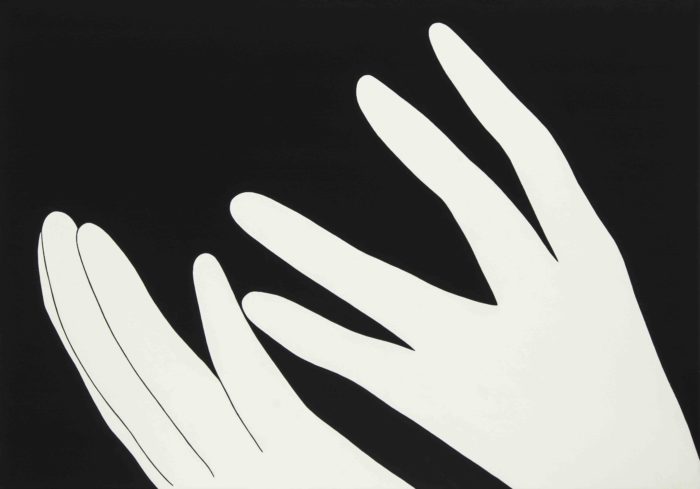 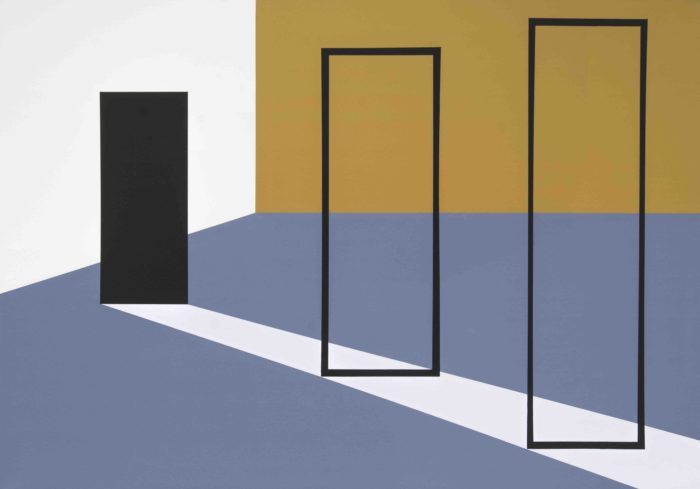 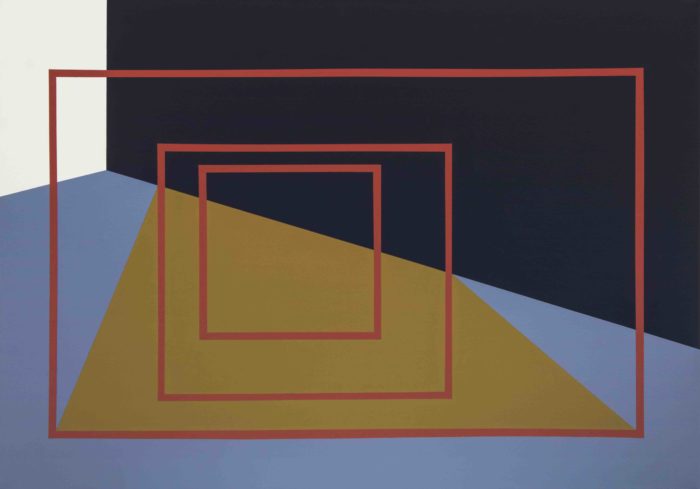 Lie down on the floor, look up at the ceiling, close your eyes, and find yourself there—directly between the abstract and the figurative—with the strange image of the internal. If that exercise could be synthesized until rendered universal, it would look very much like this exhibition of work by Leila Tschopp.

In a dialogue that spans from the twentieth-century avant-gardes to Hopper’s interiors and Van Gogh and Lichtenstein’s Arles bedrooms, the origin of this show lies in a work’s need to illuminate its reversal, its complementary opposite, as vital proof of the permanent exile where the tensions between specters and flesh casts us. If, previously, that shone in a public space, a useable space that could be walked through, it now surfaces, subtly, in a series of figures and a room to be explored in the mind. The heroic pilgrimage is shown, in the end, to have a codependent relationship with the insistent form of the rock; Sisyphus blends into the mountain that holds him.

In AMA, Leila recycles and re-signifies cardinal aspects of the genealogy of her art. This is a show that relates to the world in its self-mediation. The tie to other geological layers is evidenced by the use of resources very characteristic of her work, like painting on the wall, the polyptych as narrative form that advances by leaps and associations, installation, and even recourse to and reinterpretation of tarps and metal barrels, transfigured, turned on their head. There is a certain ongoing mythological tone here associated with the solemn Hera or the determined Gaia.

The perspective and referentiality generate a disturbing and ceremonial atmosphere and a platform from which to leap inward. The mental repetition of familiar paths, the automatic use of everyday elements, and the tacit agreement of some limiting structures are suspended through operations and mechanisms that force us to ask ourselves about the reversibility of the space accessible. Walls, cutout obstacles, bricks and imaginary hollows confront the eye and give rise to a display of domestic images at once personal and iconic. Between the indicative and the imperative, AMA goes from the table to the mirror and from mechanical practices to reflexive abstraction.