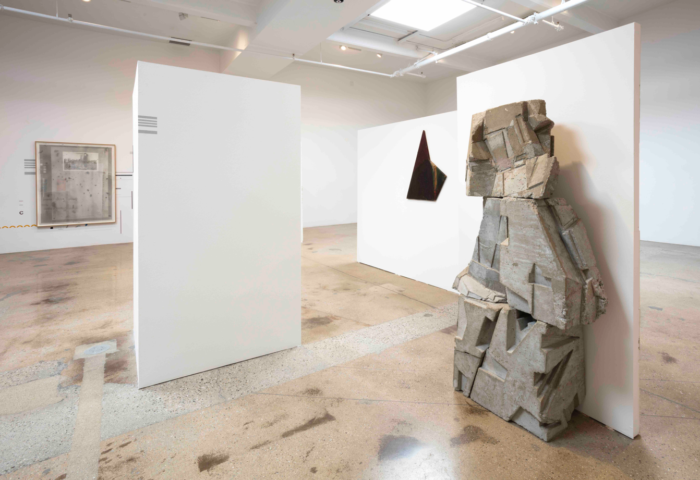 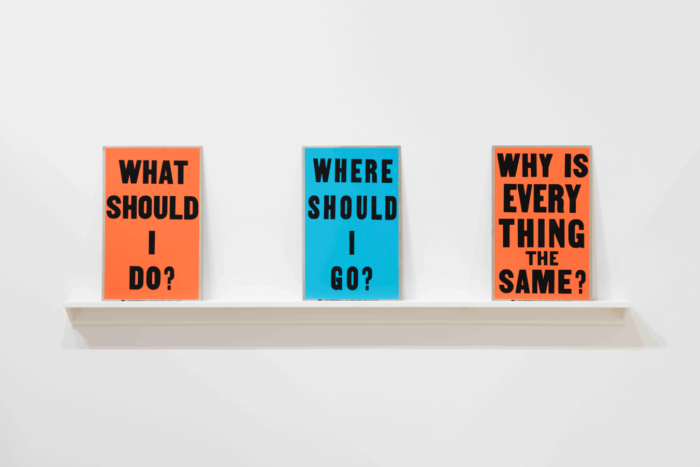 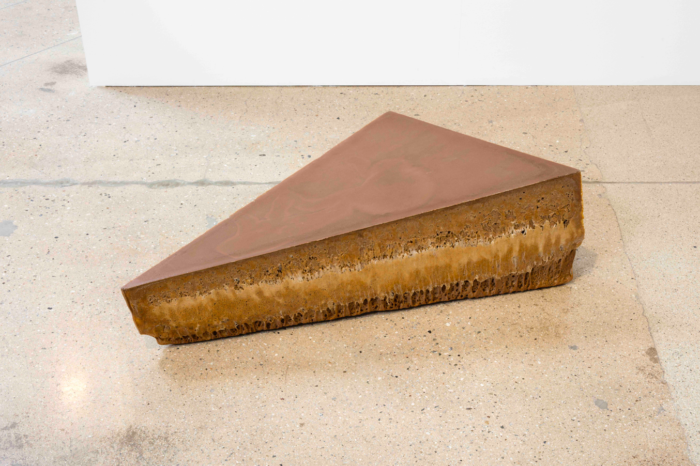 Rasgado’s architectural installation consists of drywall fragments recycled from museum exhibitions that he reconfigures to create exhibition spaces for the works of the other artists. The drywall fragments came from the Museum of Modern Art, Antwerp and the Carrillo Gil Museum, Mexico City. Rasgado designates these reconstituted forms as “Unfolded Architecture” paintings.

Rasgado’s installation and his selection of artworks address both impermanence and transformation while offering a subtle commentary on building walls. All the works contain material or form that was used in some other way before they became works of art, and the artist thinks of this transformation as a form of alchemy in which the ephemeral becomes ever-lasting while the new artworks still retain some remnant of the cultural content from their previous use. In building walls to juxtapose artists from Los Angeles with those from Mexico and elsewhere in Latin America, Rasgado elaborates on concepts embedded in LA/LA, the Getty-sponsored Pacific Standard Time project, by choosing Latin American and Los Angeles artists. In addition, the metaphor of the wall is not new to Rasgado’s practice—it has been part of his past solo exhibitions in Los Angeles; however, it now seems more relevant than ever.