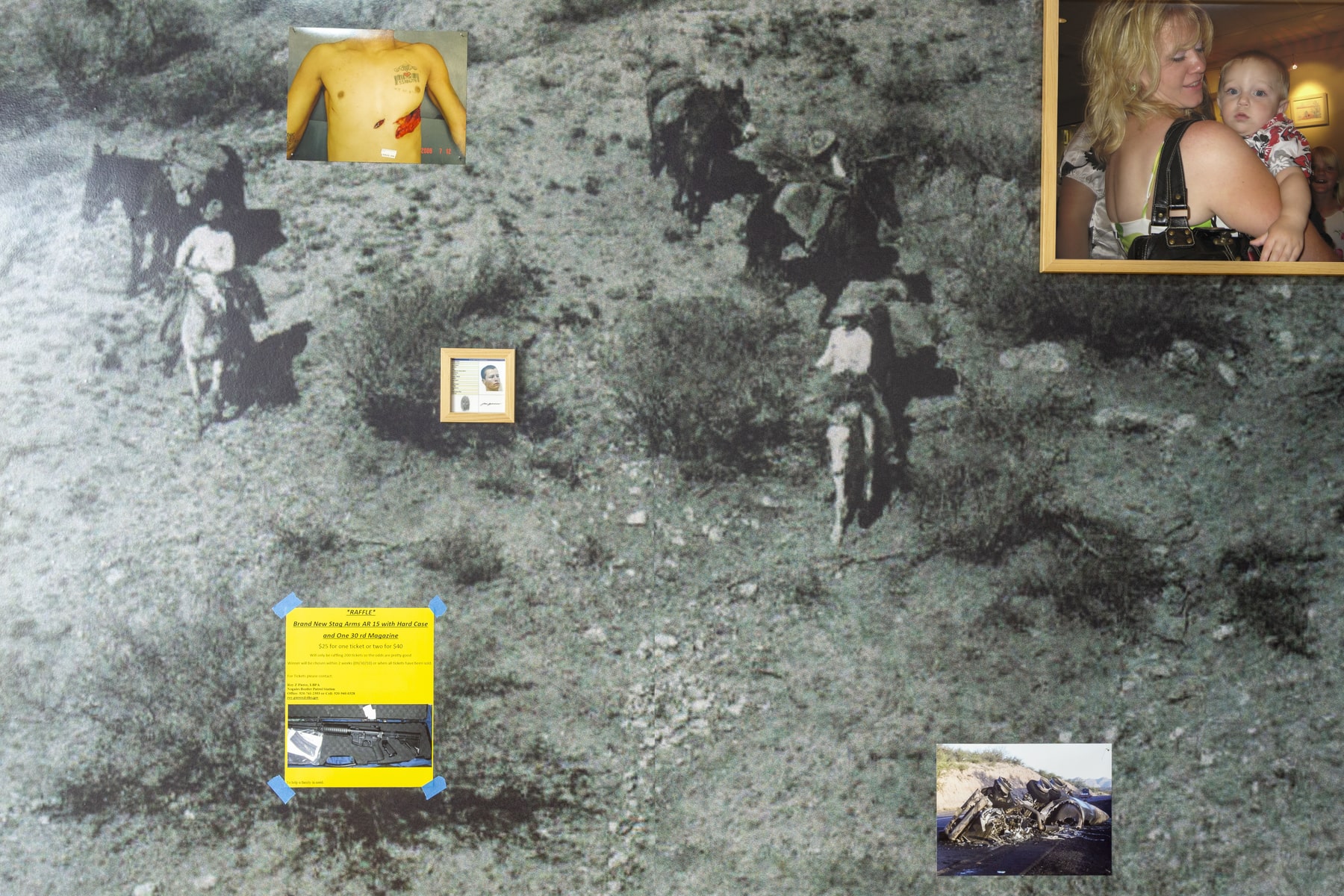 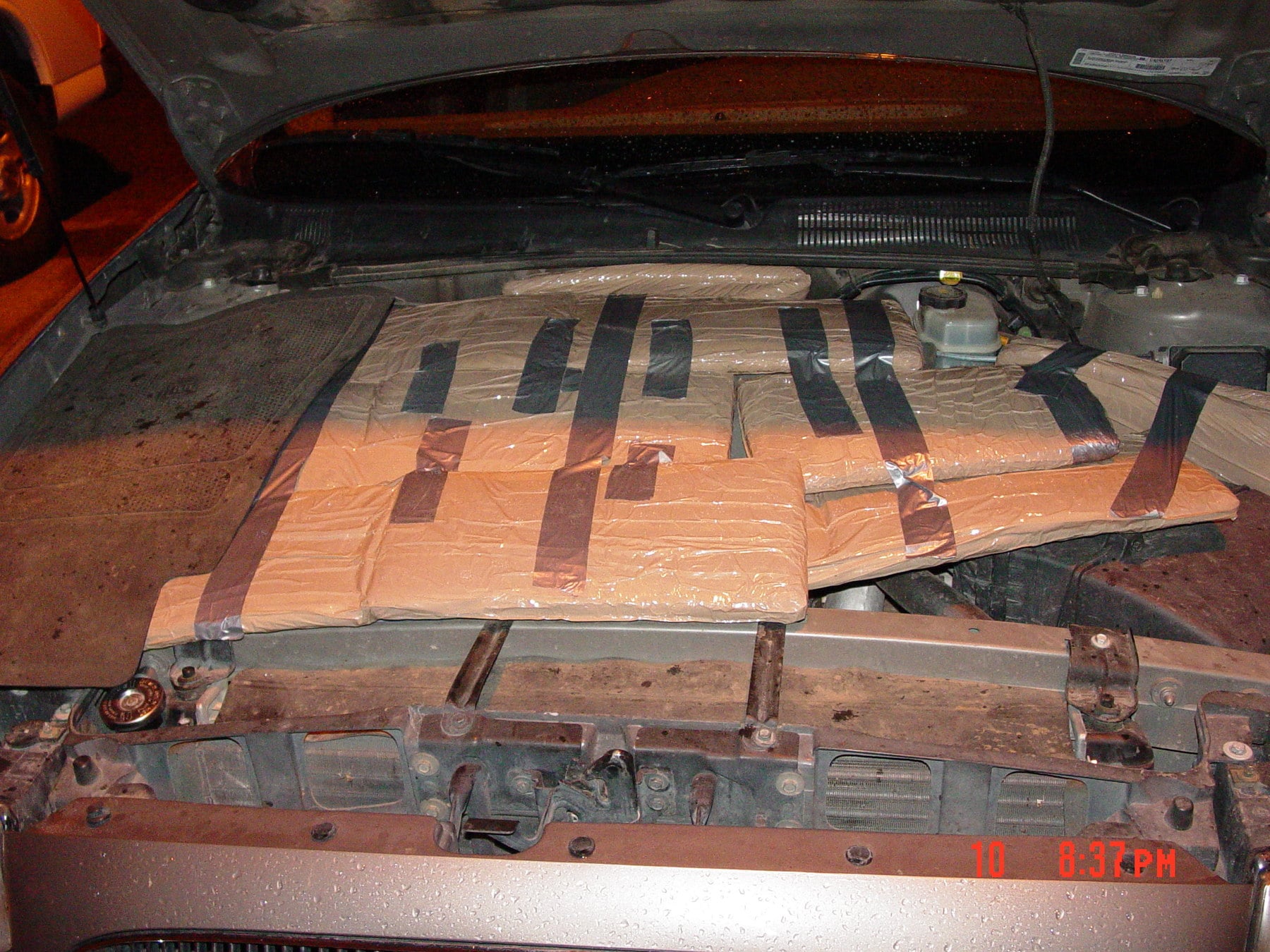 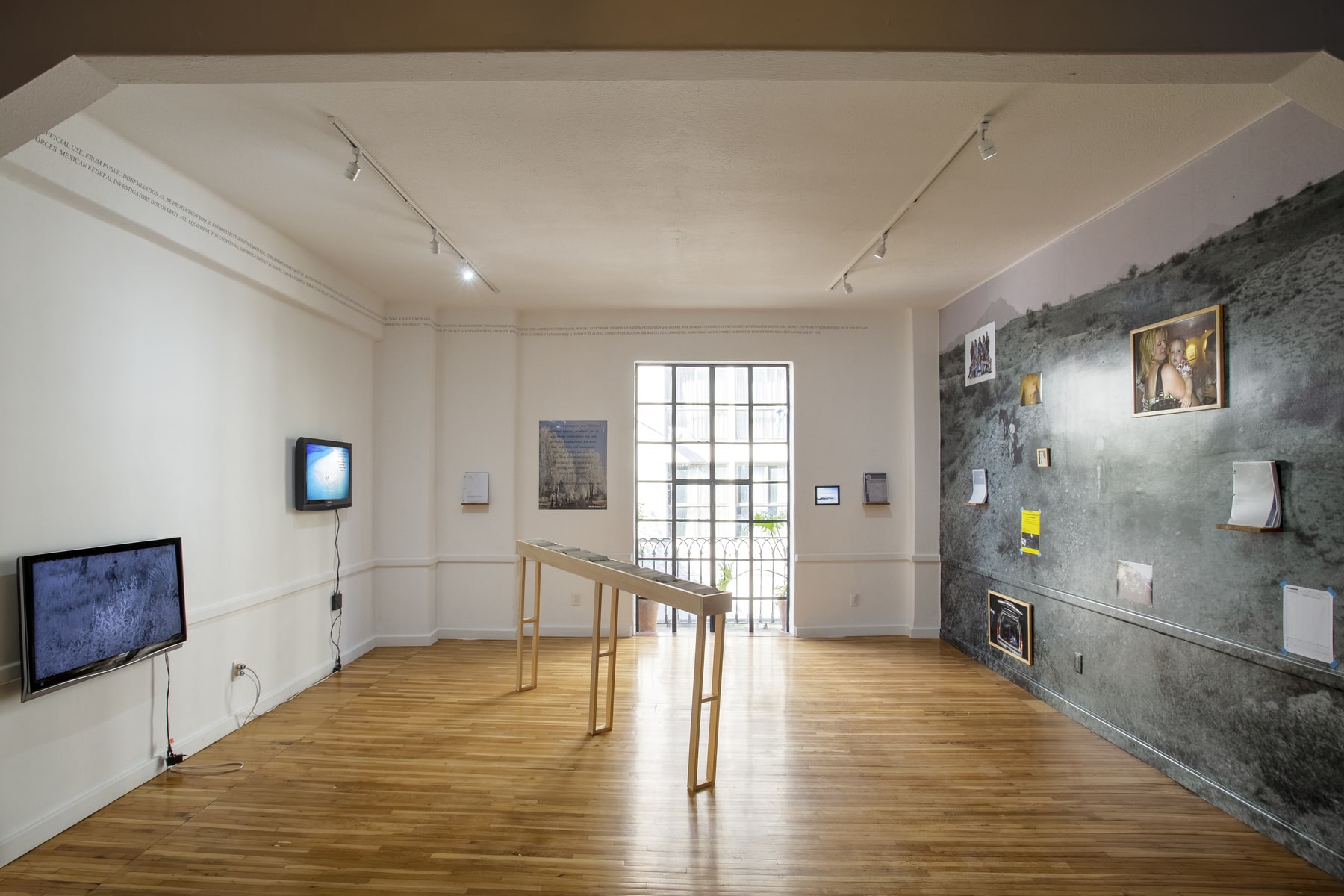 In the Archive of the Arizona Historical Society there is a sequence of images that shows the detention of Mexican smugglers during the 1940s. The footnote clarifies that, although the arrest happened that day and the protagonists are real, the scenes were subsequently recreated in front of the camera. These images were printed and distributed as postcards, suggesting that the staging was done to promote the work of the newly created US Border Patrol. This apparently innocuous gesture reveals the asymmetry of forces among the actors involved, as the police department can, in addition to stop the traffickers, force them to reenact cinematographically their detention.

This project investigates the ways in which the border between Mexico and the United States has been historically represented, particularly from police institutions. These representations largely determine how what escapes the state control is conceived and combat. In this process, state institutions generate two types of files, one that we could call deliberate and another accidental. On the one hand there is the fetishist aspiration of the institution, which manifests itself in the attachment to forms and protocols, with emblematic stamps and letterheads. On the other, the material residue of everyday institutional work, which includes from photographic records up to operation manuals.

One of the files that allows us to see more clearly this contrast are the 4 GB of documents that a group of hackers extracted from the computers of the Arizona State Police and Patrol Border in 2011 and is still available in Torrents. This file includes Power Point presentations, PDFs and JPGs as diverse as official documents on drug seizures, internal reports on detained migrants, images with biblical exegesis o prayer chains, photographs of family events, CVs of police job applicants, lie detection manuals, among others.

This exhibition contrasts elements of the two archives mentioned above. The selection of posed photographs detonates, in its repetition, the staging created by the border authority. Reproduced in postal format, these images act as an allegory that reflects the naivety, intentionality and brutality that characterize the archives extracted in 2011. Enhancing the particularities of each type of document reveals how unexpected and arbitrary an institutional archive can be, while exhibiting the bureaucratic routine that sustains the state violence in the border and the ways in which police institutions use their authority to dictate how the border and illegality are represented.

Launched in June 2018, La Postal is an exhibition program by Terremoto Magazine that stimulates the dissemination of research projects linked to the archive concept within the artistic field through an exhibition format. La Postal’s program issues a semi-annual call. The current call includes two projects to be exhibited between November of 2019 and April of 2020. The 2019-2020 program of La Postal has the generous support of Albertine de Galbert and the Prince Claus Fund for Arts and Culture.