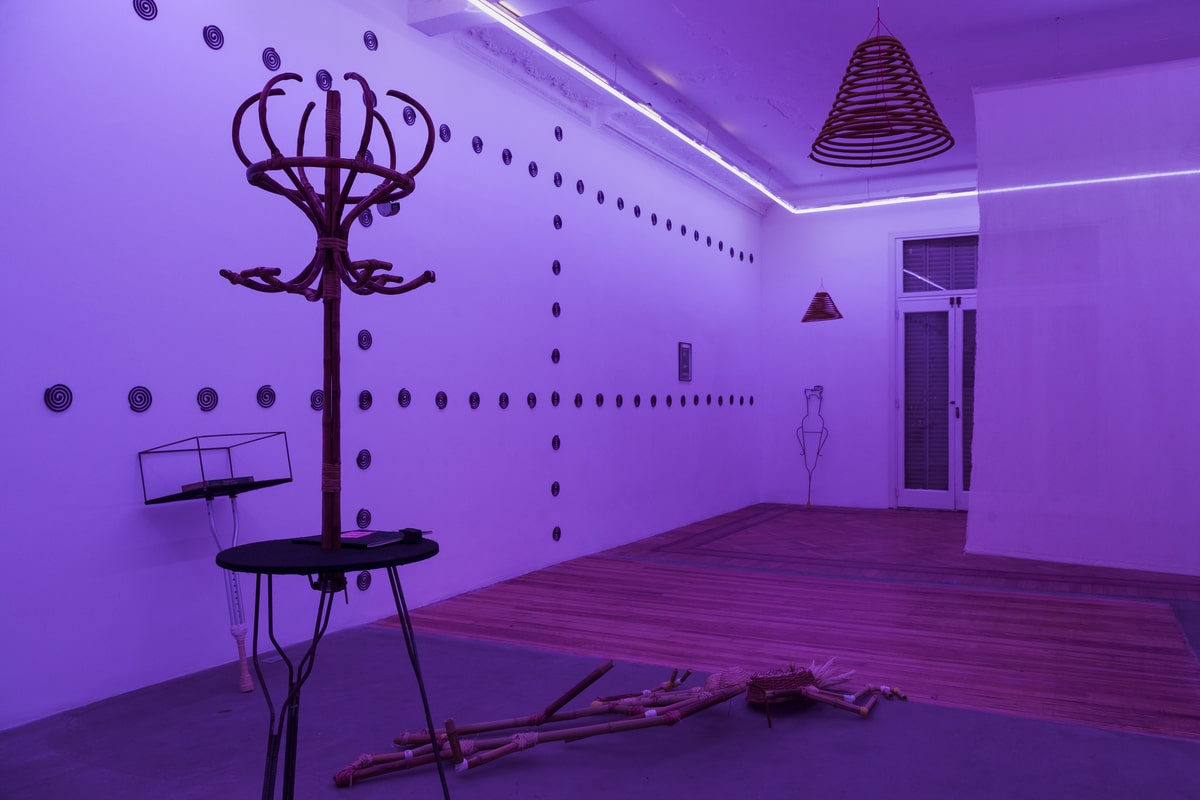 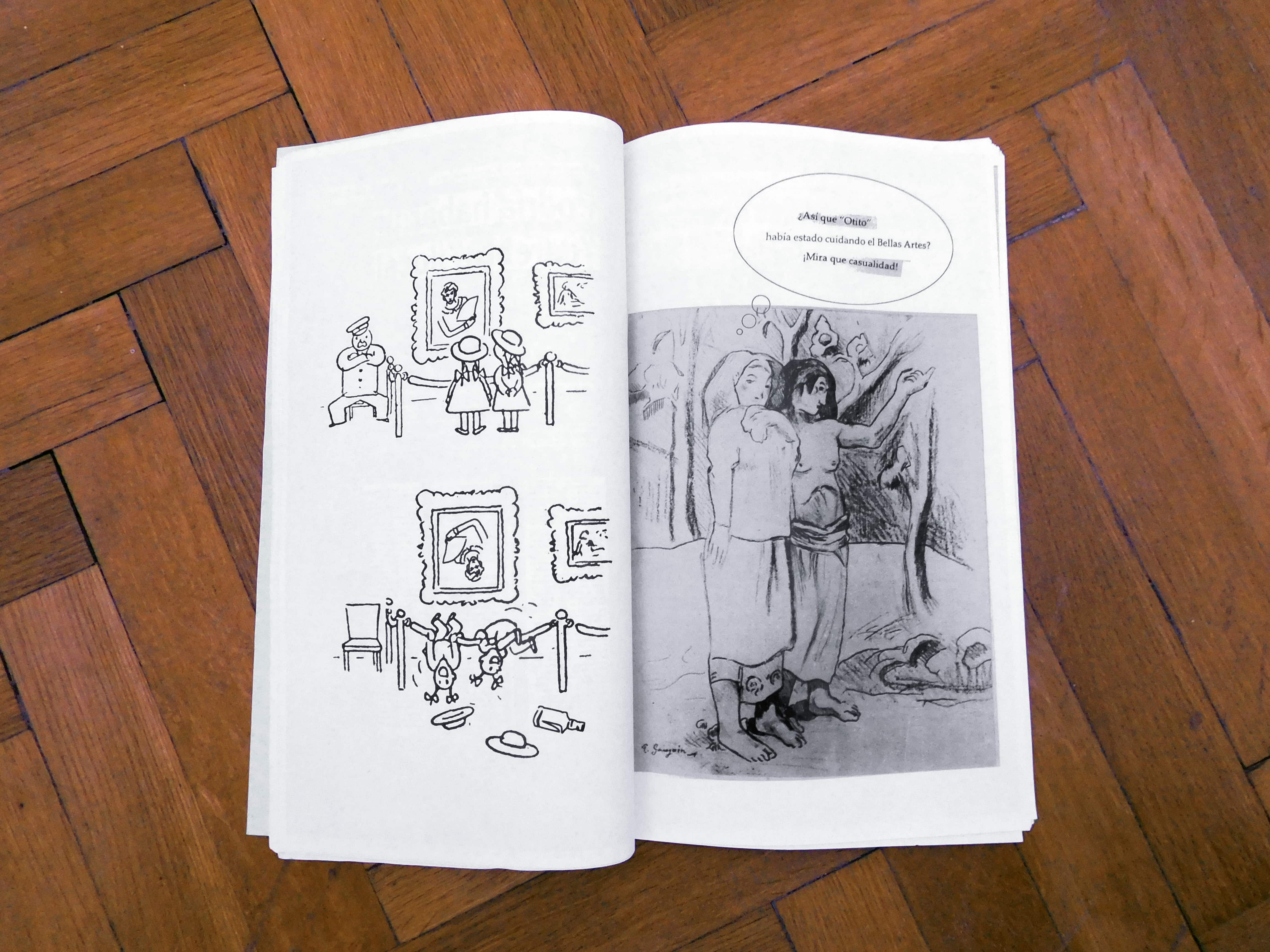 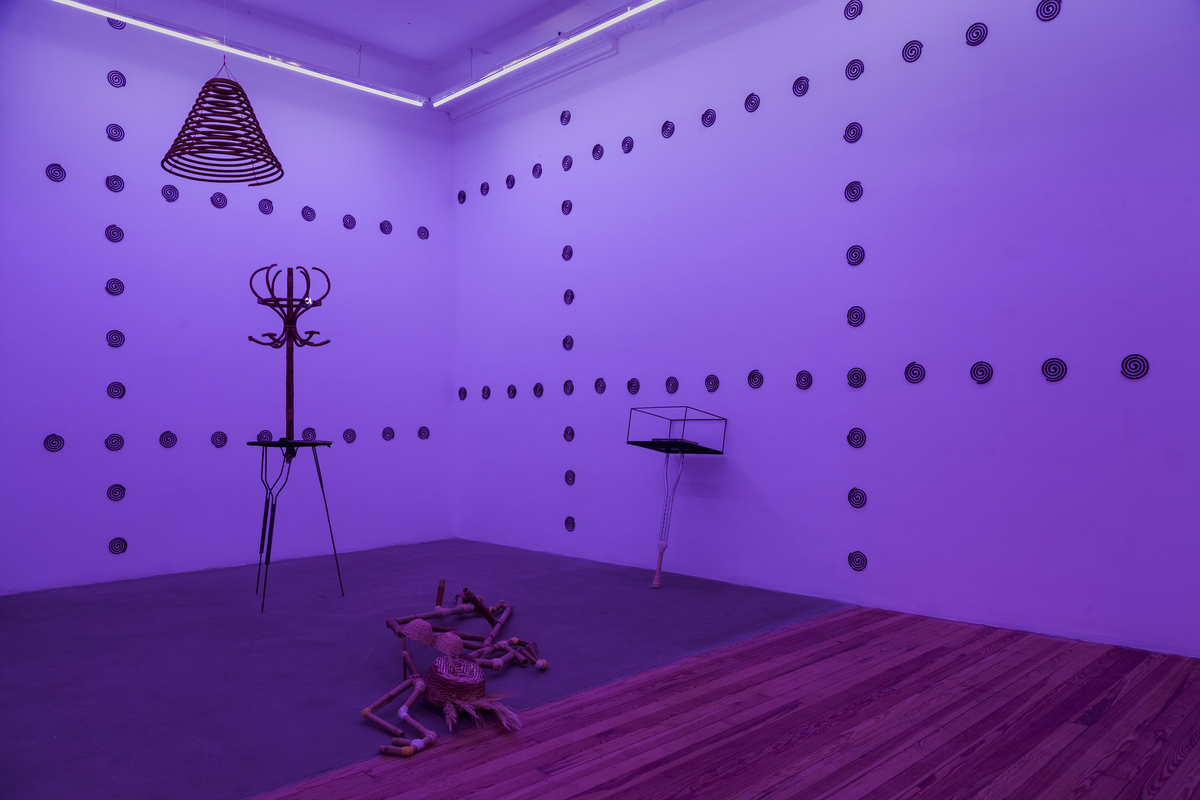 At Christmas 1980 the first robbery of the National Museum of Fine Arts organized by the military government was registered. That night they took 16 works and 7 objects from the Santamarina collection, only two small paintings that were robbed did not belong to it: a sketch from Un episodio de la fiebre amarilla from Blanes and a Thibon de Libian. During the investigations they tortured their employees trying to cover up the case.

One of the main hypotheses is that the works were traded to Taiwan for weapons, to sustain the final moment of the dictatorship that would end in 1983.

The episode becomes long and rugged. The exhibition does not reconstruct the facts, nor does it document them. It presents some of the materials linked to the case on special bases and supports, which exchange the cane, the iron and the orthopedics. It points out the dangers of having a National Museum, but also the danger of the taste of the aristocracy. A question about why these two works with no market value were stolen. A call to attention on how justice worked at that time. All in the nebulous tone of the hypotheses, and of some fictions. The exhibition also opens up the desire for other forms of museums, which do not try to represent territories or nations, which do not accept to support and keep the taste of the rich as if it everyone should felt represented, but rather show it as a particular way of life—particular museums that do not represent but only exhibit, museums that are more like tables and that their claim is to be as small as possible.