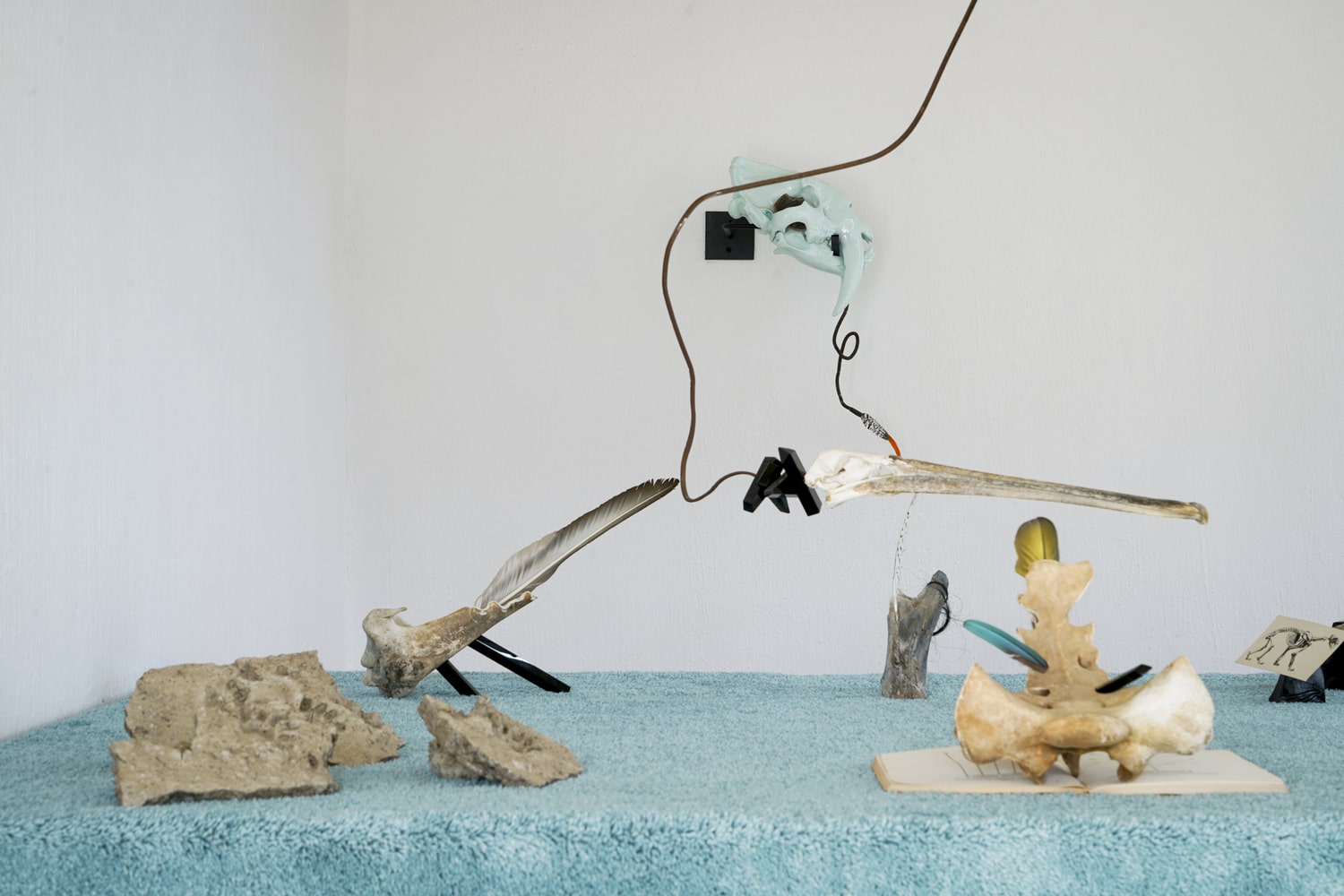 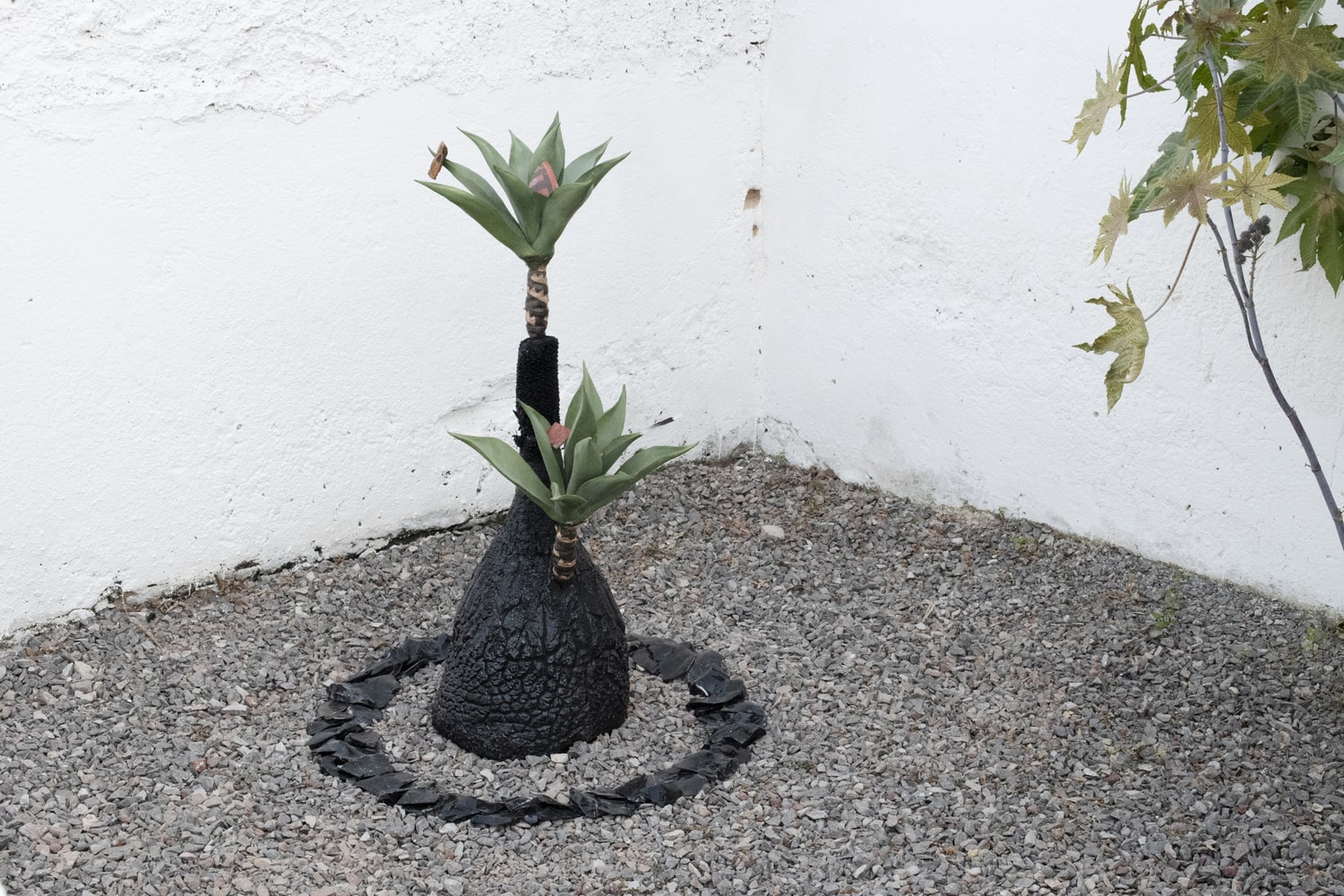 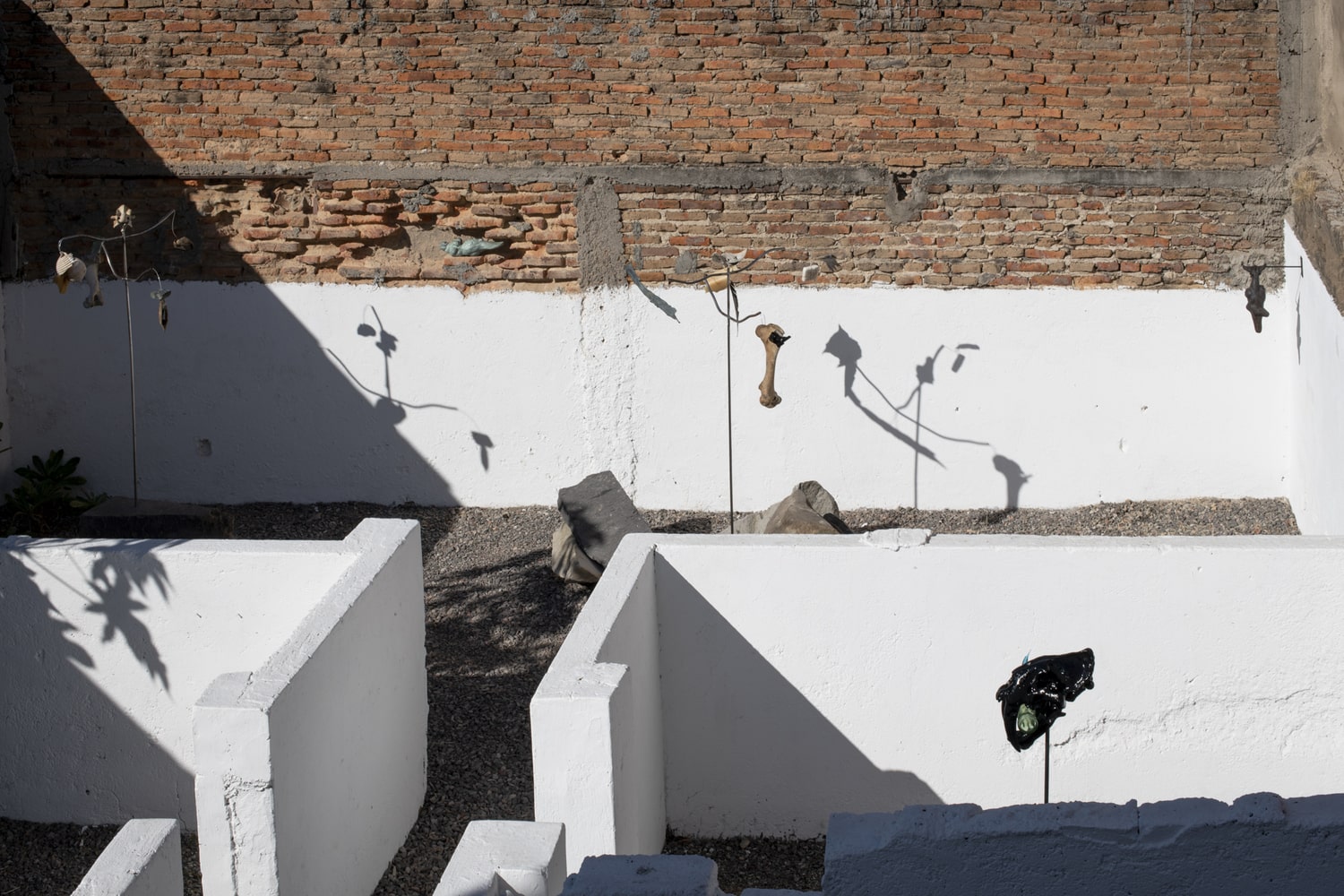 “The differences of the past will be the realities of the future.”

The Institute of Neoprehistory is a fictional entity that appears for the first time with the show Chapter I: Entropic Awakening. Emulating an institutional configuration, the project is an speculative exercise which reimagines the Mexican prehistory as ambiguous and immense, in a setting where anthropomorphic and intersexual beings coexist in perfect symbiosis with now extinct endemic megafauna. The name for the institute references a research conducted between the 1950s and 1970s by the Museo Nacional de Antropología in Mexico City, titled “Departamento de la prehistoria” (Department of Prehistory) that published a series of booklets about Mexican prehistory.

In Chapter I: Entropic Awakening, the institute takes as a starting point the acceptance of entropy as a social internalization of the degradation processes and the generalized tendency to disorder. As  evidence of this process, the Institute of Neoprehistory utilizes images and objects representing extinct megafauna, domestic cattle bones, polymers—objects which are capitalist byproducts— and sculptures in different mediums in the form of anthropomorphic beings. In such speculative context, these objects are deemed as neoprehistoric artifacts, and they exist within a state of contrasts and contradictions, in such way that the notion of temporality is broken.

The life conditions derived from the global pandemic have demonstrated the fragility of the concept of time. The present is not constructed only of the immediate but of a series of fundamental relationships with the past and the future. For this, the Institute of Neoprehistory represents an exercise that allows us to reimagine the past with aims to conceive different futures. The relevance of the exercise of imagination and investigation is much more urgent in times like this. Now more than ever the artistic expressions are of vital importance to create links between society and the planet.

Ernesto Solana (B. Guadalajara,1985) is an artist based in Mexico City. He works in different mediums like photography, sculpture and installation. His artistic practice is parallel to his research and explorations around the suburban belts of different cities in the US, Mexico, Northern Africa and the Netherlands. In his works, Solana discusses the tensions between natural and artificial realms and the way in which urbanization and colonialism have clashed both categories. He leaps from prehistorical fossil deposits; to early notions of biological nomenclature and display; to the normalization of industrialized waste within marginalized urban landscapes.

Solana recently presented his solo show Primal Reflex at PEANA Gallery, Monterrey, Mexico, and has been part of group shows like As to Be Inaudible at C/O Berlin, Berlin, Germany curated by Jörg Colberg; Transatlantico at Mana Contemporary, and El castillo de los ladrillos rotos in Mexico City. He recently published his book titled Systema Artificialis where he explores the consequences of the Anthropocene and the new forms of relationship between the notions of humanity and nature. Solana studied at ICP in New York and got his MFA in Photography at the University of Hartford, in Hartford, Connecticut.

guadalajara90210 is a project dedicated to contemporary art that explores new exhibition formats. It takes as principle adapting to specific sites, resulting in unique projects. Based in Guadalajara, Mexico, it has presented group and individual exhibitions in different locations in Mexico City, Guadalajara, Monterrey, Cholula, New York and Paris.