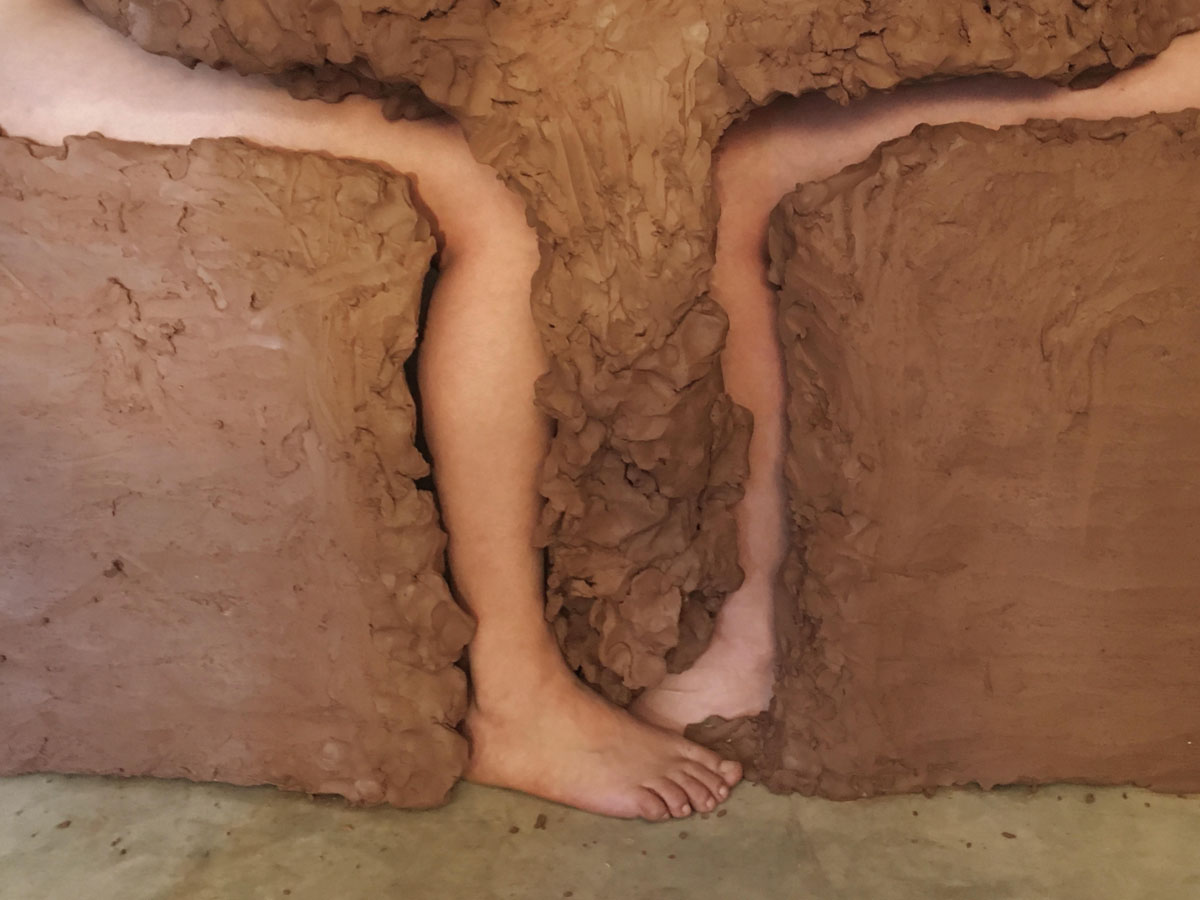 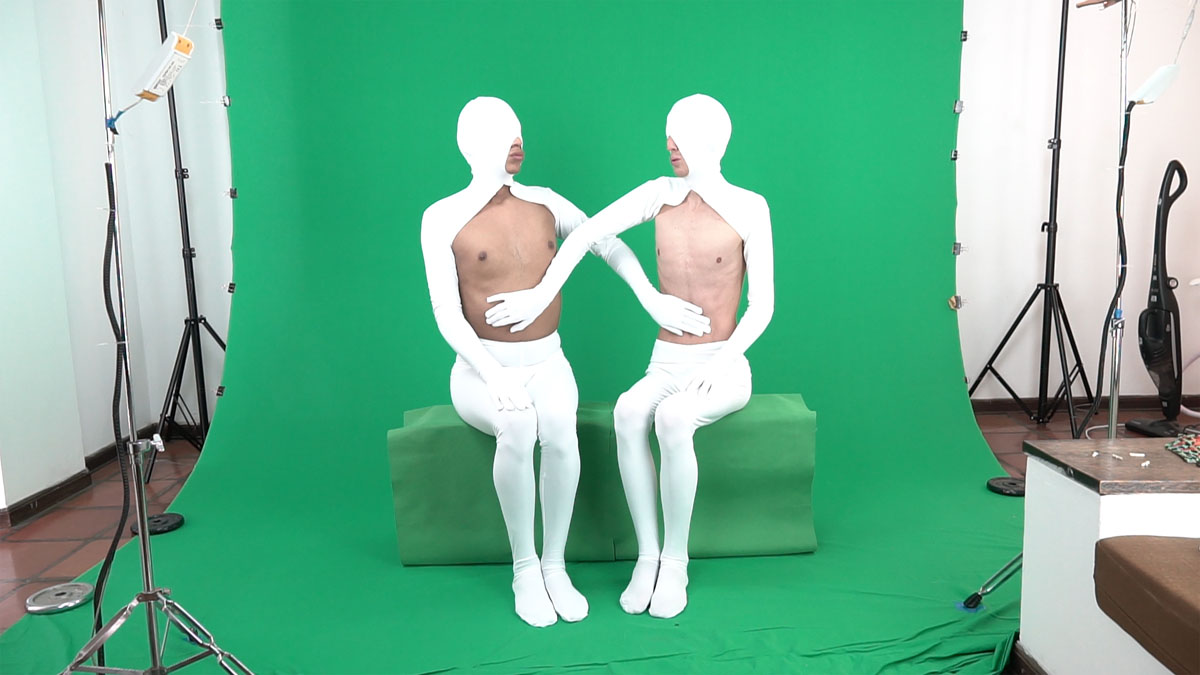 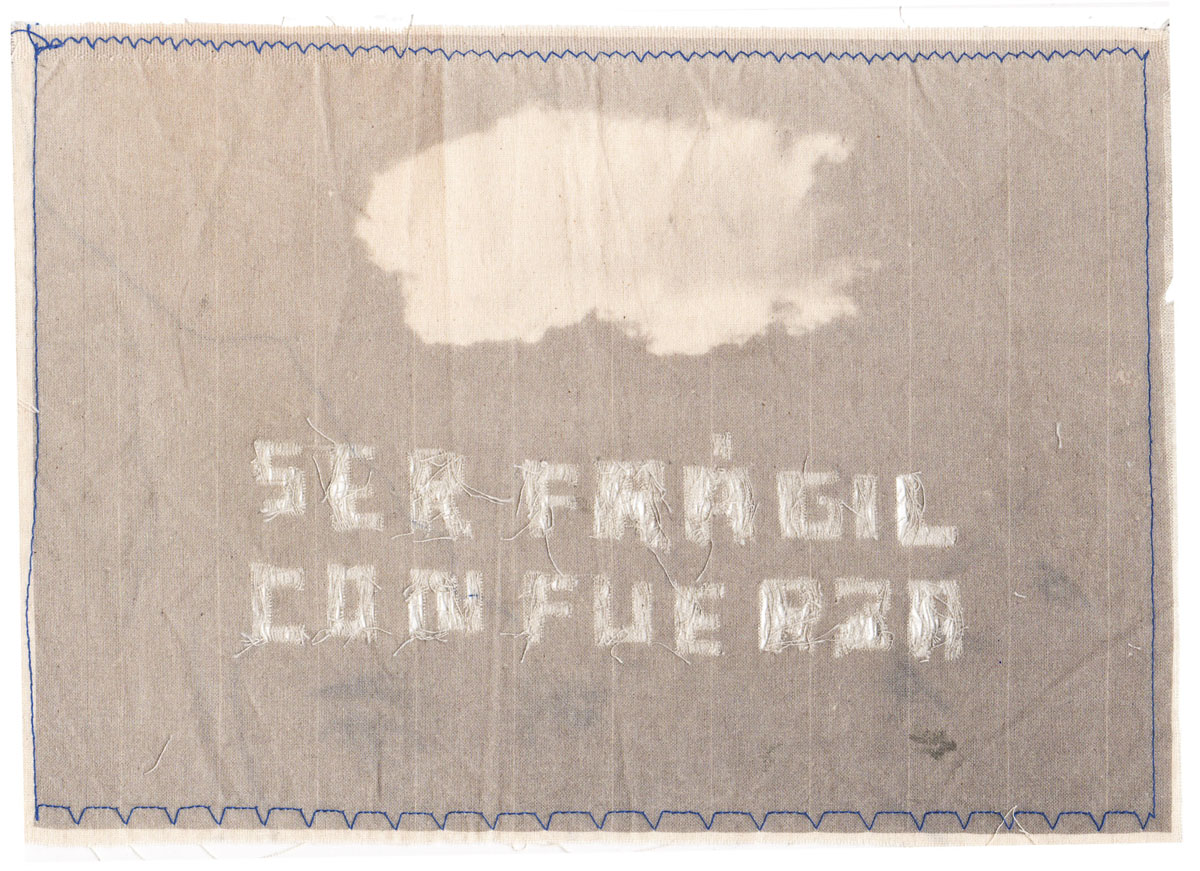 Pneumo-conduction guides us through aerial practices in multiple space-times:

The air that surrounds us—the atmosphere. That emptiness is a filled space, which is within us, just as we are within it. Invisible substance, gaseous excrement, deadly threats, vital nutrients. We exist in that mixture, keeping the balance. One’s waste is the other’s nourishment. Air flows produce currents that mold temperatures and pressures, affecting the shapes and behaviors of soils, skies, waters, and bodies.

Respiration is the rhythmic exchange of information between the atmosphere and the viscera. When we inhale, the emptiness of our thorax is filled by the outside, and when we exhale, the outside is invaded with our inside. To inhale is to contract, expand, inflate, float, fill, activate. To exhale is to relax, reduce, deflate, sink, empty and deactivate. Breathing is airing, ventilating, opening, relieving, circulating, pressing. Controlling the entry and exit of air from the body is a way of liberating, connecting and enhancing our systems. As bodies that move air in and out of themselves, we have the ability to affect ourselves and the environment where we are.

The diaphragm supports the heart, directly affecting its heartbeat and blood flow with each breath. It is the horizon of the body, it divides the thorax from the abdomen. The gaseous components from the outside enter the thoracic cavity, the sky of the body. In the abdominal cavity ingested solids or liquids are processed, it is the floor of the body. The air is not on the ground, but in the sky, close to the head, which connects us to the atmosphere and is where images, smells, tastes and sounds come in through. The head triggers the act of consuming, containing, and expelling.

Time is always in motion, always ahead, impacting and conditioning. Air is like time. It carries the past with it. It is a messenger of history, it brings remains of where it was, yesterday and a thousand times ago. The air is a message. When we inhale, the voice of those who spoke enters the body and when we exhale, we expel exclaimed words with that consumed air. Despite its infinite movement, its becoming and un-becoming, all the forms it ever took remain there as material traces. This gaseous substance carries the history of the planet.

Pneumo-conduction is a multi-media and collective project of aerial actions. It investigates the phenomena of the air outside and inside the body, with the aim of thinking, unthinking, making, undoing and mixing them. The process and result of the project combine performance, sculpture, music and video. The main materials that were worked with are air, which is the raw material, and the body, which is the manipulating and manipulated mechanism.

The project was created and directed by Genietta Varsi, who from a sculptural perception investigates how matter (bodies) shape and transform the environment with their behaviors and vice versa.

Pneumo- conduction is divided into two parts, one instructive and the other fictional:

The first one is a sequence of breathing exercises to shape bodies and atmospheres. These exercises involve sound, rhythm, strengthening, resistance, and are meant to be done alone, in pairs, or in groups. Instructions indicate the place, posture, shape, intensity and frequency with which air is inhaled and exhaled from the body. All the exercises are in a risograph printed publication called Manual del Aire. In addition, 4 of them will be on the website as video tutorials.

The second part is a series of 4 videos that present imaginary characters performing respiratory and aerial choreographies where the body is used as an apparatus for the production and consumption of the soil and the sky. Each sequence has a particular theme in relation to a moment of the day. The 4 chapters are: East, Soil, West, Sky.

All this material is presented on the website conduccionneumatica.org and is disseminated through email newsletters and an instagram page (@conduccion_neumatica) where there is material about the project development process, information, photos and videos.