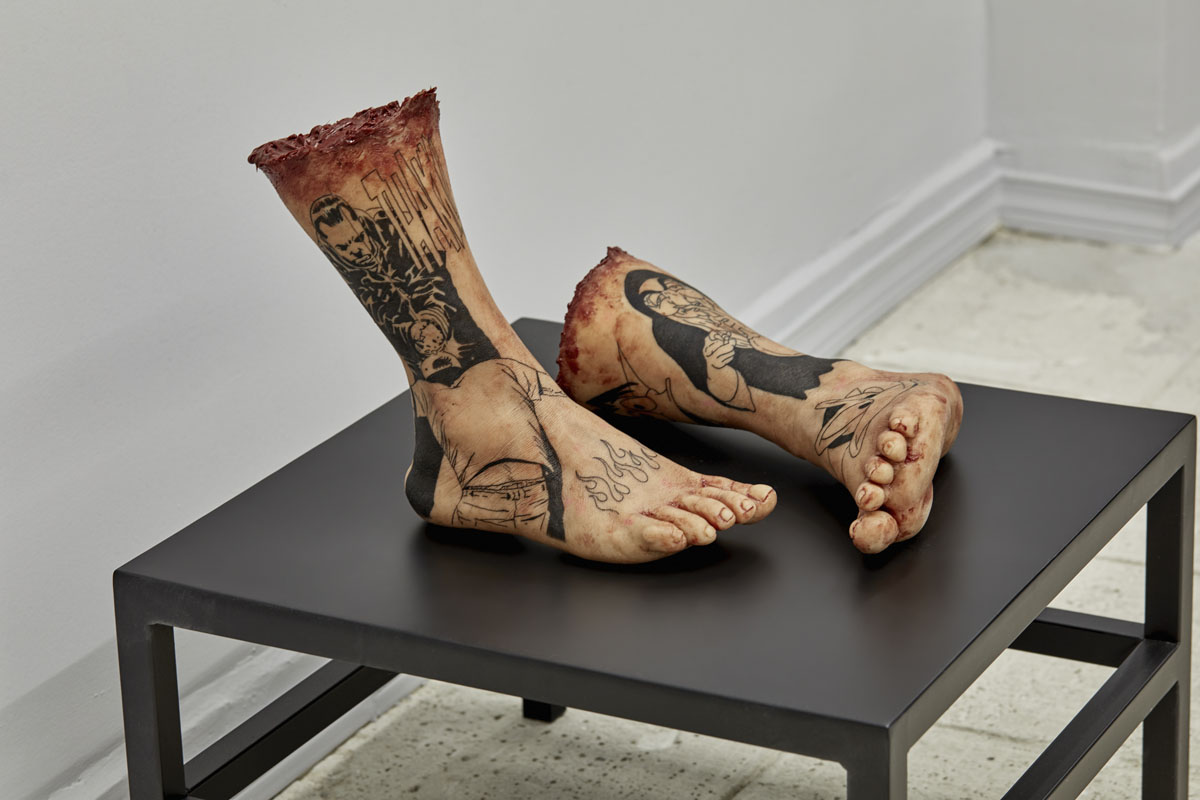 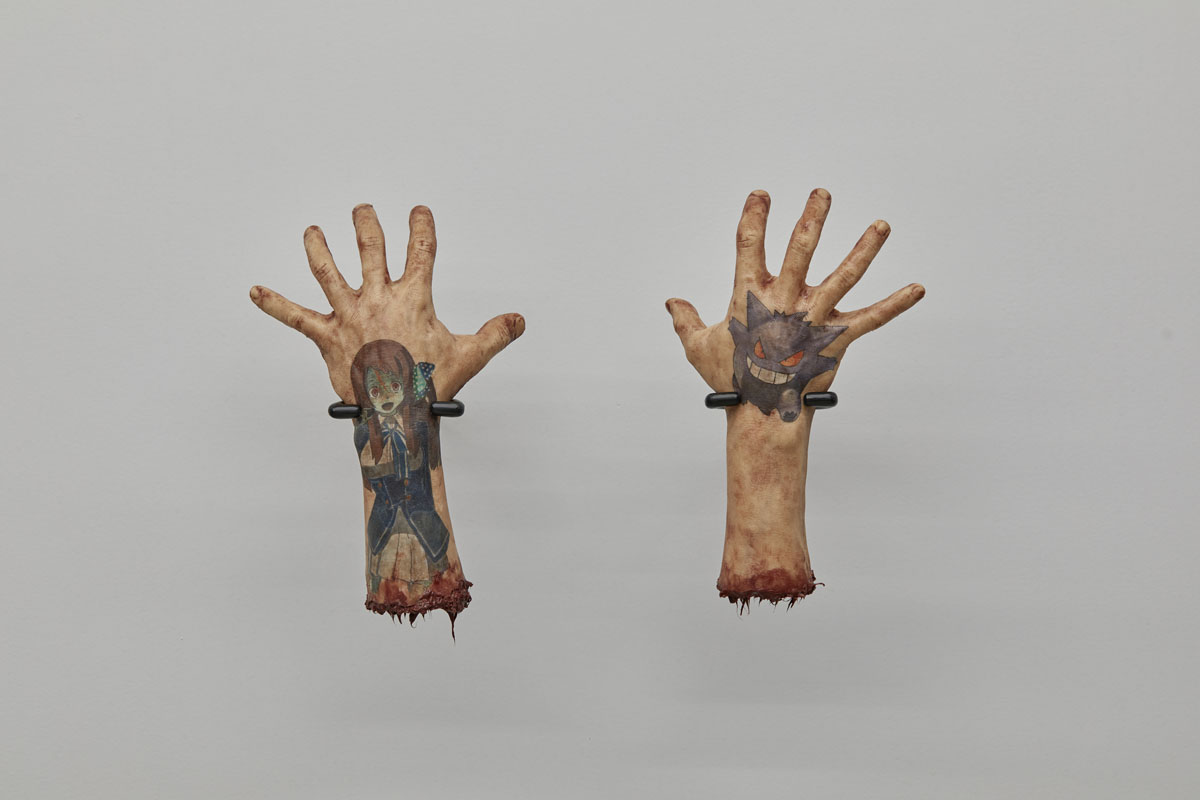 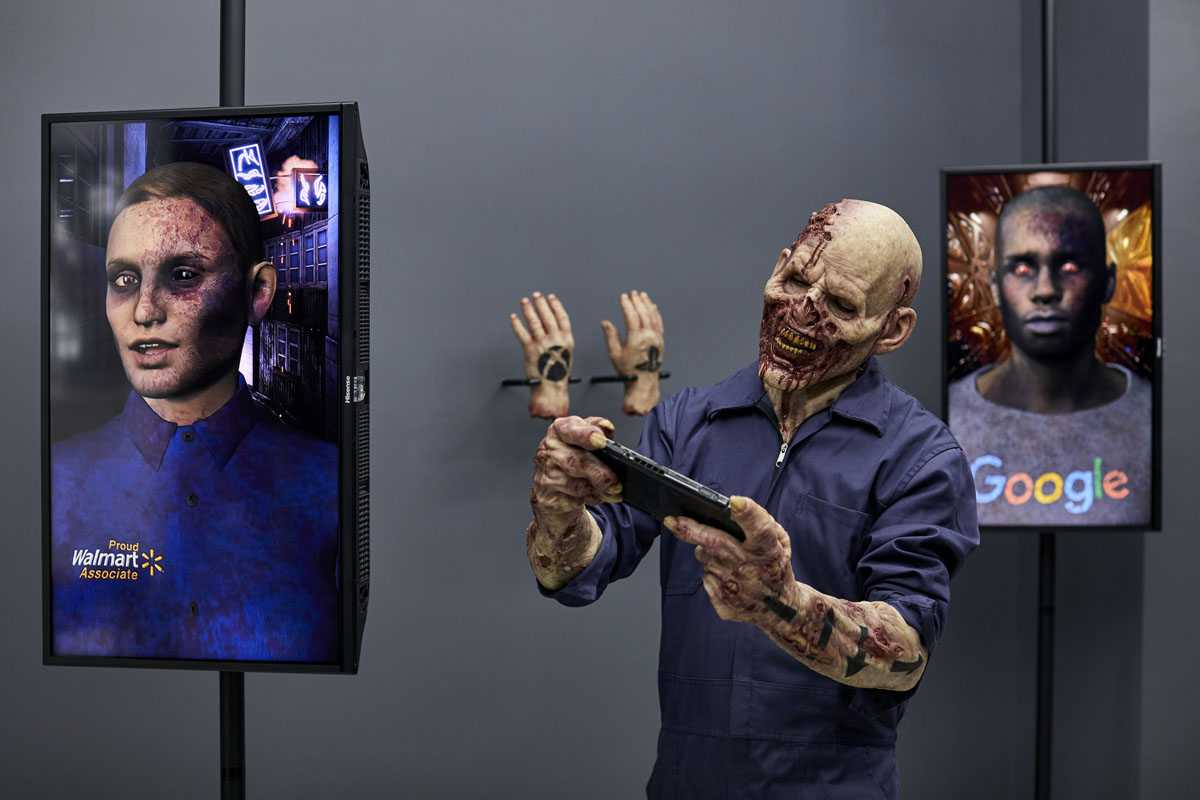 WE REGRET TO NOTIFY YOU THAT

Your tongue can no longer help you be something else
You can’t solve the enigma of your vitality
You can’t reach the plain of immanent transactions
No assembly of elements will give you strength.

DUE TO THE END OF THE WORLD

Love no longer begins in the stomach
Your abdomen no longer houses a digestive system
You don’t need to harmonize your humors
There is nothing to sustain the fantasy of your singularity.

YOUR PACKAGE HAS BEEN DELAYED

Your organs have slowed down
Your time is finally dismembered
Gratification does without meat
This is the failure of the outside
Your very recording replaces it
Only the non-human horde advances life.

Pequod Co. presents We are sorry to notify you that due to the end of the world your package has been delayed, by Andrew Roberts (Tijuana, 1995), a provocative show that rethinks the figure of the undead.

The exhibition investigates the transit of what we understand as rotten meat through two materials: skin and silicon. A tattoo can be a codex to invoke dismembered memories while a computer’s processor is the portal to reanimate voices confined to the liminal factory of the beyond. What contemporary fears and anxieties about the undead do we harbor in our imagination? The artist responds with the proper make-up of loins that are too creepy for Netflix.

Roberts’ work is comprised by a series of carnal silicone sculptures, reminiscent of a low-budget Mexican gore film, as if they were the black ink imprints of memories emanating from an endriago imaginary. The undead in this show have been generated by a computer programmed to resurrect the voices of bodies trapped between the corporate advertisement and the un-dead.

They are the poems, monologues and intimate soliloquies of a cadaverous interiority or the performance that arises post-mortem. Roberts’ carnal prostheses appear as the empty corporalities of the parasitic and as the bloody containers of everything that refuses to die.

We are sorry to notify you that due to the end of the world your package has been delayed anchors its production on the historical transformation of the undead—a cultural constant shaped by the most visceral concerns of each era, from war events to biopolitical realities. The artist explores how the cinematographic and video game industries have built a hegemonic perspective in which the figure of the zombie and the horror genre are traversed by racial and colonial phenomena to later be instrumentalized for economic propaganda and imperial purposes.

We are sorry to notify you that due to the end of the world your package has been delayed will remain open from November
21st, 2020 to January 16th, 2021. Due to the situation that the world is facing because of COVID-19, access to the exhibition
will be available only through appointment and with all necessary sanitary precautions.

TAGS: Andrew Roberts Lamentamos notificarle que debido al fin del mundo su paquete se ha retrasado Pequod Co. We are sorry to notify you that due to the end of the world your package has been delayed