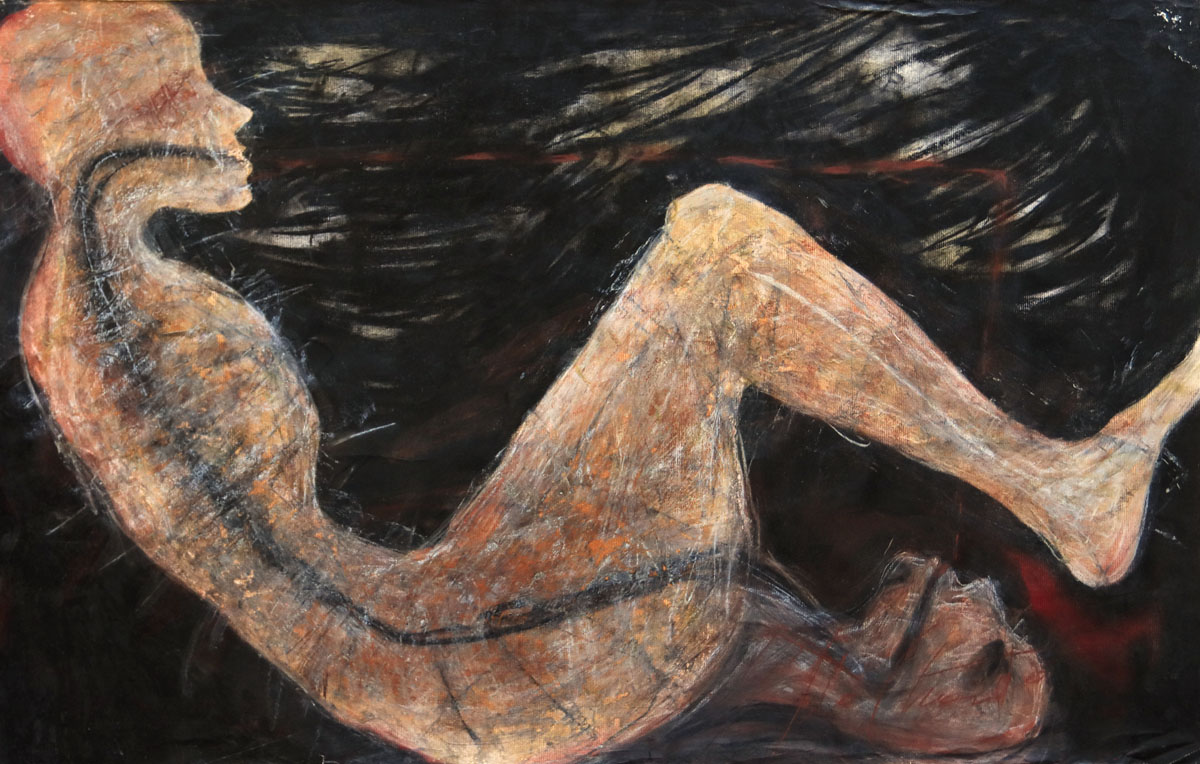 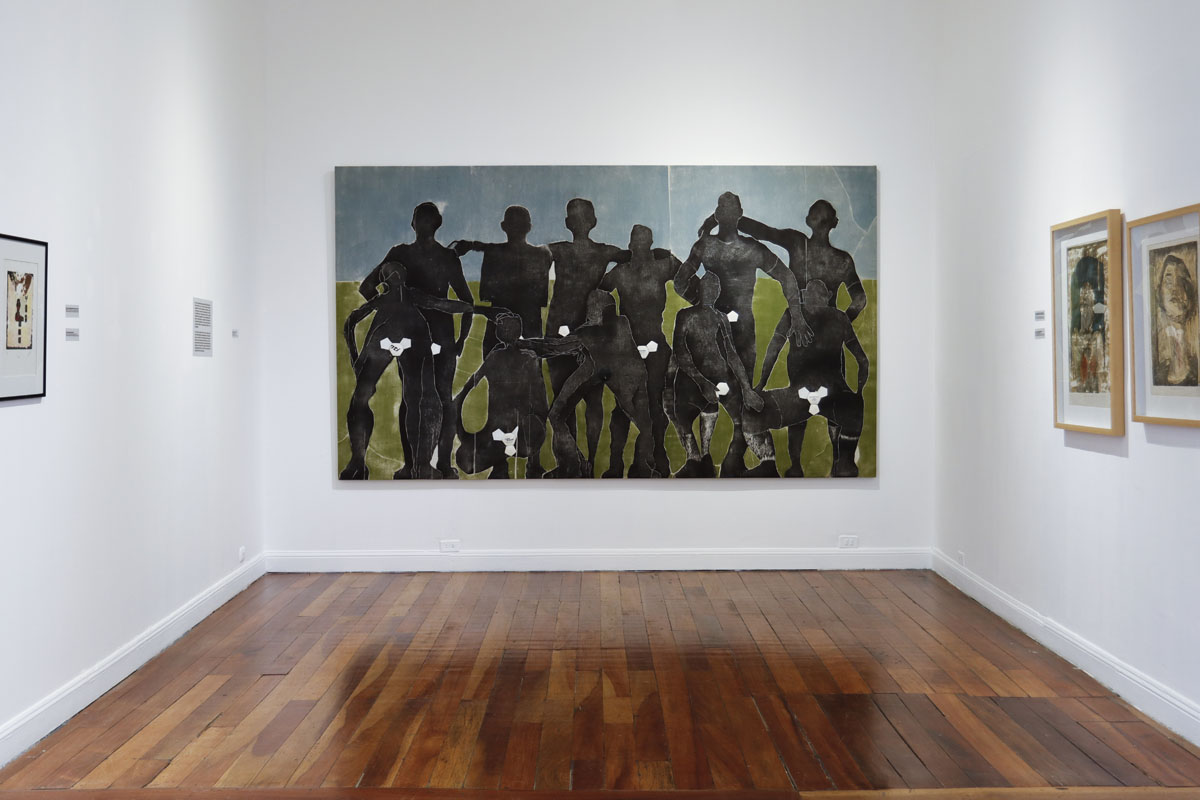 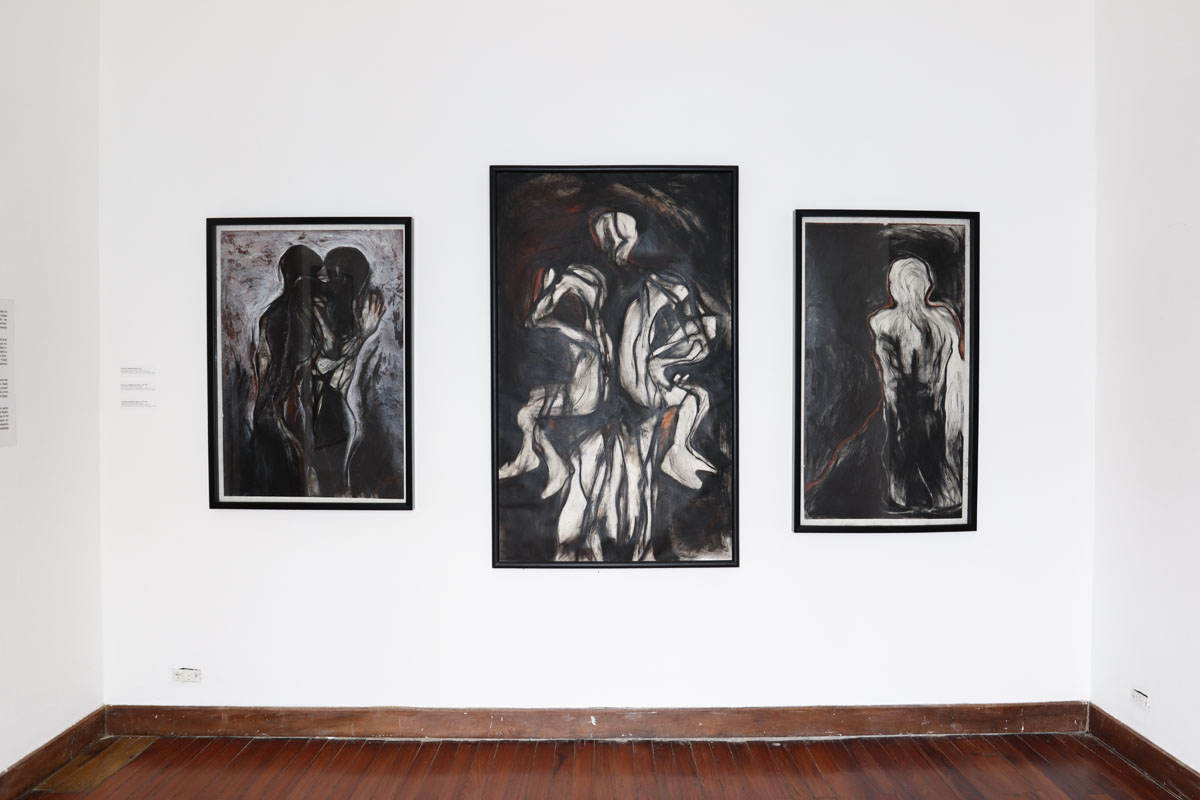 “My work is more of an inquiry into my own vulnerability as a human being. When all markers of identity are stripped away, the body becomes sheer mass and nothing more”

Sila Chanto (1969-2015) was a Costa Rican artist and poet. Although working in dialogue with architecture, memory, language, history or landscape, the prime subject that Chanto returned to most insistently was the body, and its emotional and political boundaries—in an attempt to comprehend human nature and power relations in everyday life. For her, art became a means to prompt emotional, physical and mental forms of exchange. Her work explored the (im)possibility of cohabitation, the limits of communication, illness and death, female eroticism, bonds between animals and humans, amongst many other issues that interrogated extant social structures. This exhibition is the first curatorial overview of her work since her early passing in 2015. Instead of a retrospective approach, it seeks to bring together the multiple languages, media and rapports of scale that she assumed in her work. We included examples of early work, as well as previously unseen or less known pieces, which allows us to delve into aspects of her output that have received little attention, to date.

Towards the end of the eighties, her approach to engraving was permeated by formative experiences in bodily expression, theatre and mime since 1984. This performative dimension appears persistently in her work through role play and the configuration of images where various figures seem to be acting for us. Chanto transitioned, in an organic manner, from drawing to installation work, painting to poetry, from working with wood to printing on textiles, from video to interventions in public space. Her manner of treating surfaces as if they were a second skin or soft architectural forms, posits it amongst the most outstanding and sophisticated in Latin-American art from the last half-century.

If for Chanto the point of departure has always been engraving, that is because she understood very well the affective and political dimension of the trace: the memory of stains and fluids, the evidence of the missing body, traces that are inscribed onto the skin, as well as on street. Chanto probed, searching for flashes and signs of life. “I think that people leave their energy onto objects” she noted in 1999.2 This interest drew her towards other artists who were interested in thinking about engraving in technical as well as conceptual terms, which led to the founding of Grana, taller de estampa [Grana, print workshop] together with Carolina Córdoba, Rebeca Alpízar and Marcia Salas. Shortly thereafter, Chanto and Córdoba created Hiata, a subgroup dedicated to historical research, and undertook the important project Las peras del olmo: obra gráfica de Emilia Prieto [Pears of the Elm: The Graphic Work of Emilia Prieto] in 2004.

The title of this exhibition takes up (and reverses) that of her poem and installation No vea con el ojo ciego [Do not see with the blind eye] (1998): a sequence of vertical silhouettes of naked bodies surrounded by a horizontal line-up of 101 engravings of the image of an eye and the poem, in fragments. In this voyeuristic experiment, Chanto created tension between standardized vision and a constellation of suspended bodies that are in-between “the ascension of the spiritual and the mundane.3 The poem also shows a recurring element in her work, since the late eighties: sores and wounds, and Chanto’s struggle against the authority of these signs. Surrendering to the obscurity of these sensations, To See with A Blind Eye is an invitation to look through the injured pupil of the eye, and through the gravity of the abyss that inhabits her work.

Her early pieces explore the vulnerability and pain of the body as vessel. Autorretrato invertebrado con multiplicidad de corazones [Invertebrate Self-Portrait with Multiple Hearts] (1992) depicts the skin as an exoskeleton, as a transparent membrane, through which a multiplied strayed organism shine. Autorretrato con herida en el cuello [Self-Portrait with Neck Wound] (1995) exposes a prominent suture or stigma over an elongated neck, diminishing one’s facial features yet again. Chanto employs a similar procedure in Novia para Edward [A Bride for Edward] (1996) and La Beata [The Blessed One] (1996), both of which sarcastically quote Edvard Munch. In her images, the gaps of the eyes and of the mouth, resemble twisted stains, turning expectations about female beauty into the echoes of a ghost or cadaver.

Towards the end of the nineties Chanto dedicated herself to investigating the figure of the “beast,” through forms that refer back to Paleolithic animals, and subjugated subjects. Chanto was reacting to the place of women within extant social structures, allegorizing subordination through animal-like bodies and conditioned behaviors. Latent aggression, undoubtedly, also suggests the potential (eventual) inversion of these relations. “You are always in a position of loss, as long as others have the benefit of defining you,” she would state in 1999, indirectly underlining the necessity of taking charge of the power of representation.4

Her works explored eroticism and intimacy. The nudity of many of her silhouettes and bodies appeared as an inquiry into the limits between the public and the private, or as a metaphor of territories where roles and expectations are in constant dispute. Chanto’s graphic work was a testimony of the processes of sensual liberation, which always went beyond the patriarchal gaze. “I speak on the grounds of gendered positionality. […] Within the present system of relations, this already implies a political stance,” she would say, emphasizing how to create fictions is to position oneself already in opposition to “that strange universe of misogyny in which we happened to grow up.”5 Elsewhere, Chanto also challenged normative models of masculinity, suggesting the continuous repression of homoeroticism and male physical contact in her monumental color woodcut entitled Retrato en grupo erótico homofilial [Portrait in Homofilial Erotic Group] (2002).

The exhibition also includes more recent work, such as Cuerpos removidos [Removed Bodies] (2008) and the animation El poder de la palabra florecer [The Power of the Word Flourish] (2012) where the protagonists are the silhouette of the human body and its fragile boundaries. In this last piece, the body is covered with leaves and flowers in allusion to processes of transformation in life, but also with reference to the imminent destiny of all living bodies: that is, to decompose and nourish the earth, giving rise to new processes in vegetal life.

Throughout more than two decades, Chanto has deployed stain-bodies, house-bodies, poem-bodies, wound-bodies, and scream-bodies as maps of human movement, as allegories of organisms that resist disappearing and of identities that are nothing but constant movement. Viewed up-close, it is possible to notice that the engine of her desire dwells within the precarious equilibrium between presence and absence. Or, in the artist’s own words: “I scarcely am / and I am not enough (for myself)”.6

—Text and curatorship by Miguel A. López