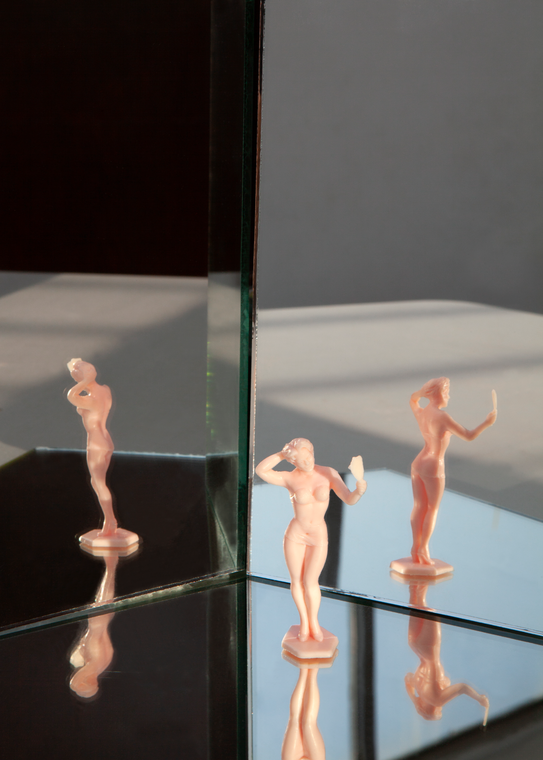 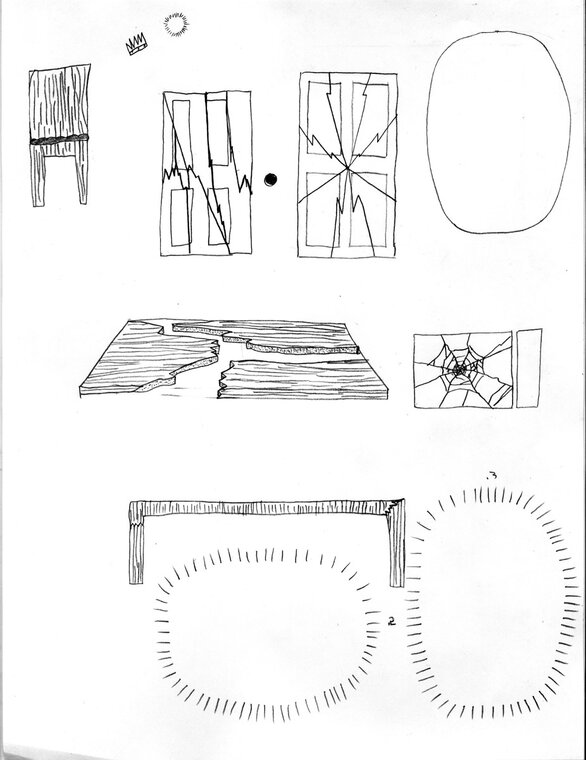 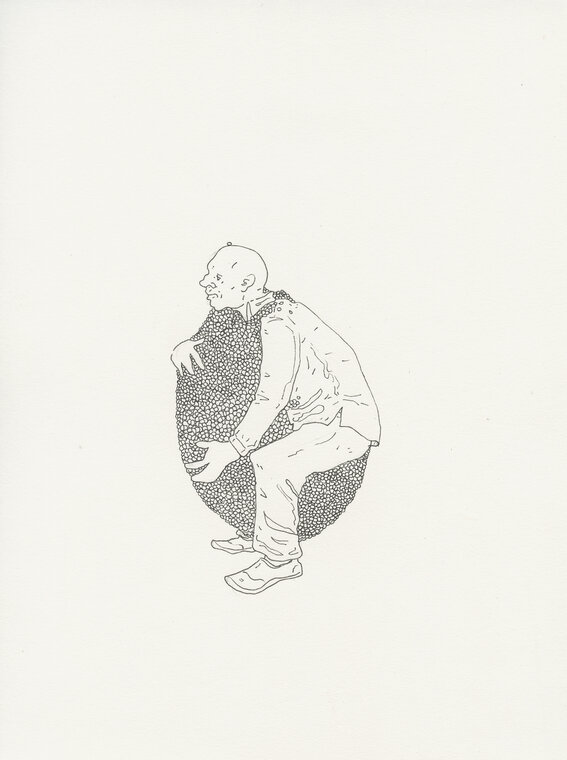 The selection was defined by the relationship between the body and the architectural. Bodies without space but with fictitious interior spaces housed in a virtual exhibition. The works mark this melancholy and absence: they are ghosts existing in an imagined space.

Arranged in the virtual space of Estamos vien and NY sabíamos, the exhibition proposes a different narrative: a dialogue branching out from confinement and creating the possibilities of opening new spaces for the circulation of reality.

We juxtaposed works from previous shows held in Pereira, Colombia. Supracorporis (2019) brings together the work of Kurt Hollander, it presents an architecture of desire that manifests itself through absence; the desired body is not there, but there’s a scene which dedicates space to sex. They are studios prepared to entertain and serve as empty sexual scenarios. The absent body is a ghost in the ruins of the formerly luxurious homes of infamous narcos from Rodrigo Vega’s Caprichos series that evokes the desire and excess of their golden times with fantastic landscapes.

Karla Leyva’s photographic work shows the artificiality of the staging: plastic dolls between sets of mirrors and a lens pose a scene, the body is as part of it. In this dynamic between the representations of the body and the space, three drawings by Alan Sierra were selected, which are very theatrical within their poetic minimalism. This operetta continues with the video by Miguel Jara where a series of mysterious events takes place and the characters perform rites. Fredy Clavijo joins in with three ink drawings of human characters that somehow carry a load, an obtrusive weight they must juggle. Alan, Miguel and Fredy’s works were part of the first exhibition held at LA PARED Pereira, Ciencia no fáctica (2018).

While the political figures of the last 50 years star in the delicate drawings of Andres Felipe Castaño, part of the series The Origin of Things was shown at LA PARED Pereira in December 2018. Figures from the rigorous drawing by Mateo Pizarro appear, which formed part of the Swarm Against Colour exhibition (2019).

We Were Okay but We Didn’t Even Know It was LA PARED’s first response to the restrictions and general global upheaval caused by the Covid-19 pandemic. Fresh from the Mexico City art fair season, we were caught in the Mexican capital preparing an exhibition in London when quarantine and lockdown conditions began to be implemented.

With the gallery—and everything else—closed back in Pereira, we used some time to make a stock take of works that we had shown there that were also available in the showroom. Combining the themes of body and space, we grouped together a selection of works that fitted well and also worked well together in what would be their new virtual surroundings.

Experimenting with a range of digital options led us to choose a fully interactive, 3D rendering of a bespoke gallery space that we created as a nice place to wander around with the very minimum of fuss and detail that would best show the works. The We Were Okay but We Didn’t Even Know It virtual exhibition provides the details of each work, lets visitors request more information towards purchasing, and also creates a simple but very effective catalogue both online and downloadable in PDF format.

Balam Bartolomé in collaboration with Javier Anaya, Verónica Bapé and others present "Chatarra Amnésica" in Mexico