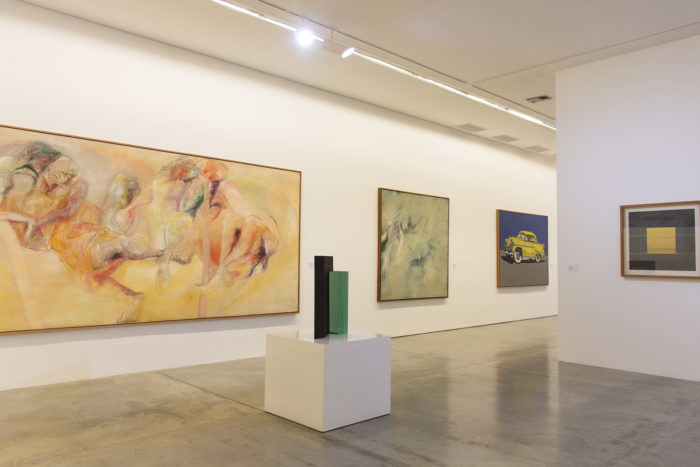 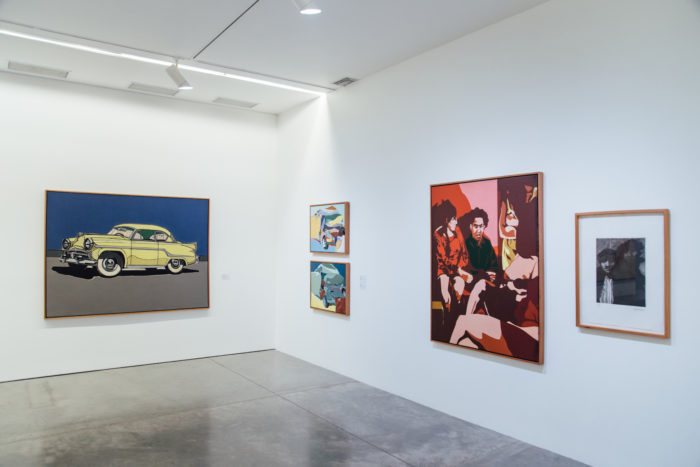 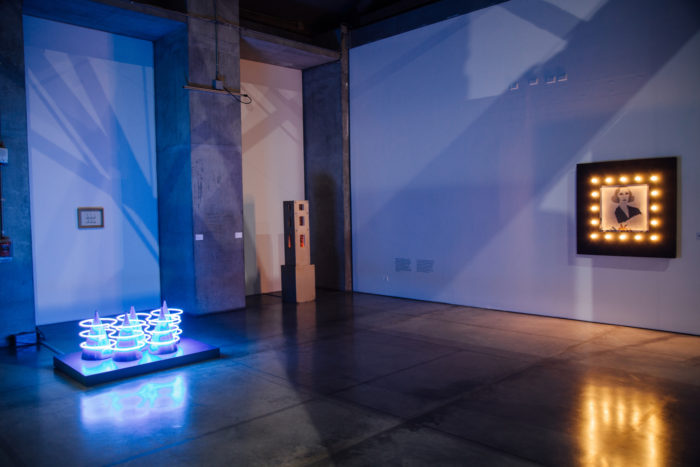 Art in Antioquia and the Seventies was the exhibition with which the Medellín Museum of Modern Art (MAMM) inaugurated its first venue in the Carlos E. Restrepo neighborhood on April 22, 1980. [1] The exhibition was intended not only as a panoramic view of art produced in the decade that had just concluded but, above all, as a summary of art in Antioquia during the twentieth century and the affirmation of the importance of that decade—the seventies—as a watershed in the history of Antioqueño art.

Thus, the exhibition’s central theme was the profound transformation that the art of Medellín underwent in the seventies, driven in part by exhibitions such as Arte nuevo para Medellín (1967), the Coltejer Art Biennials (1968, 1970, and 1972), and Once antioqueños (1975), as well as the emergence of Generación Urbana (Urban Generation), a group of artists who, leaving behind the techniques and motifs of the so-called Antioqueño School, turned to the city as both a place of creation and a favored subject of representation.

On the fortieth anniversary of its foundation (which took place two years before the building’s inauguration), and as an exercise in institutional archeology, the Medellín Museum of Modern Art presents an interpretation of that seminal exhibition that aims to recognize the values that gave rise to the Museum’s exhibition program (actuality, flexibility, involvement with history), as well as the people who participated in it—artists, arts professionals, friends of the Museum, and, particularly, the curator Alberto Sierra.

This imprecise re-installation of the inaugural exhibit is an approach to ideas, interests, and exhibition making practice of both Sierra as well as of the Museum and it is likely that it is different from the original one. We have tried, however, to understand and transmit the essence of Art in Antioquia and the Seventies—the artists who participated, the spirit of the works included in that exhibition, the spatial relationship established between some of them in the installation, but above all, the importance of the art of Antioquia in the life of this museum.

[1] MAMM was founded in 1978 but its first location opened on April 22, 1980. This year, the fortieth since the museum’s founding will be celebrated with a series of activities that allude to the anniversary, including this interpretation of the first exhibition held on the museum’s own premises, the building in Carlos E. Restrepo.