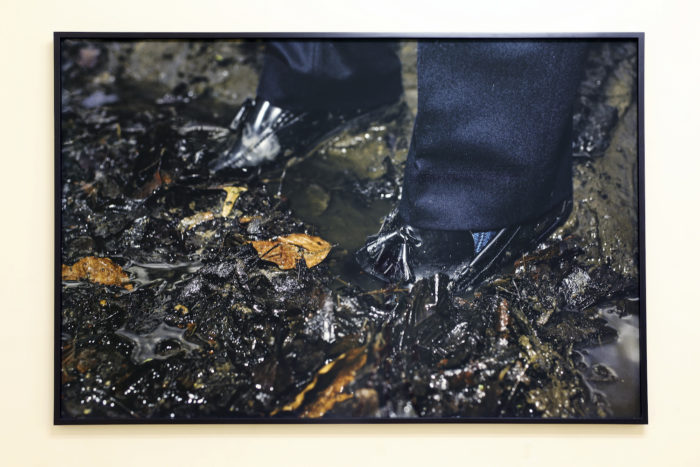 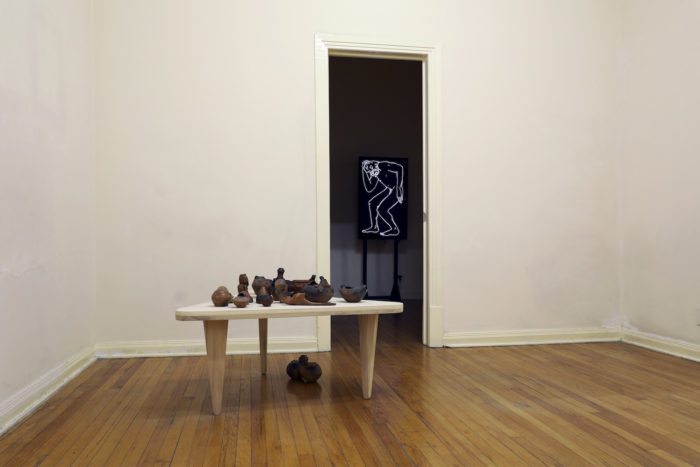 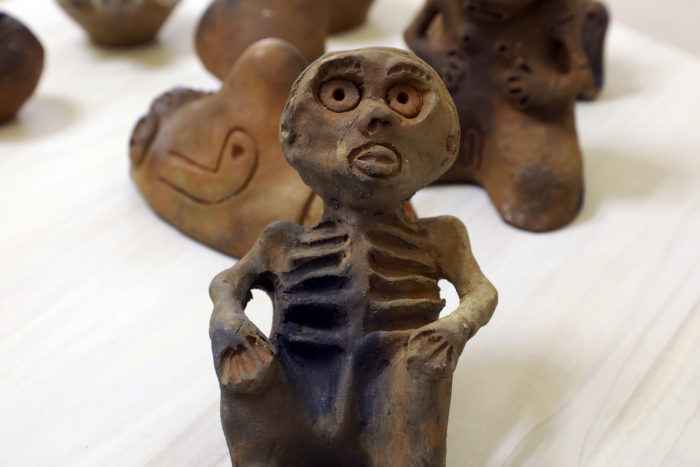 The presentation comes together by the means of language. Language is taken here as a forced transaction and as an impossible negotiation, which leads to humor and tragedy. Humor is the ability to abstract oneself from a certain situation, from the I to the We.

“You have model sentences with which you can get through life”
“You can learn and make yourself useful”
“You’ve been cracked open”
– W.G Sebald

W.G Sebald wrote in 1975, an essay about a Peter Handke play called «Kaspar» which is a case study of a wild boy, that wasn’t educated or forced to learn to speak. He was an object of study and experimentation. The essay narrates the symbolism of the punishment of language.

Immediately makes one find in a nostalgic moment. Language as a limit, can be seen as an analogy—of the impossibility of passing something. Maybe also of the kitsch impossibility of saying what one really means, while words proof as insufficient.