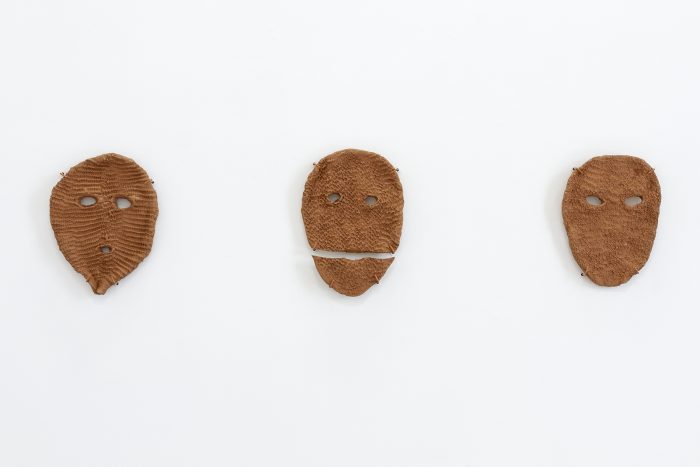 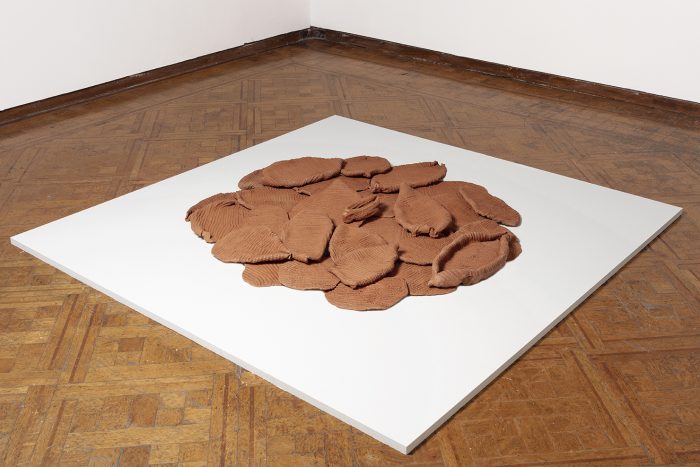 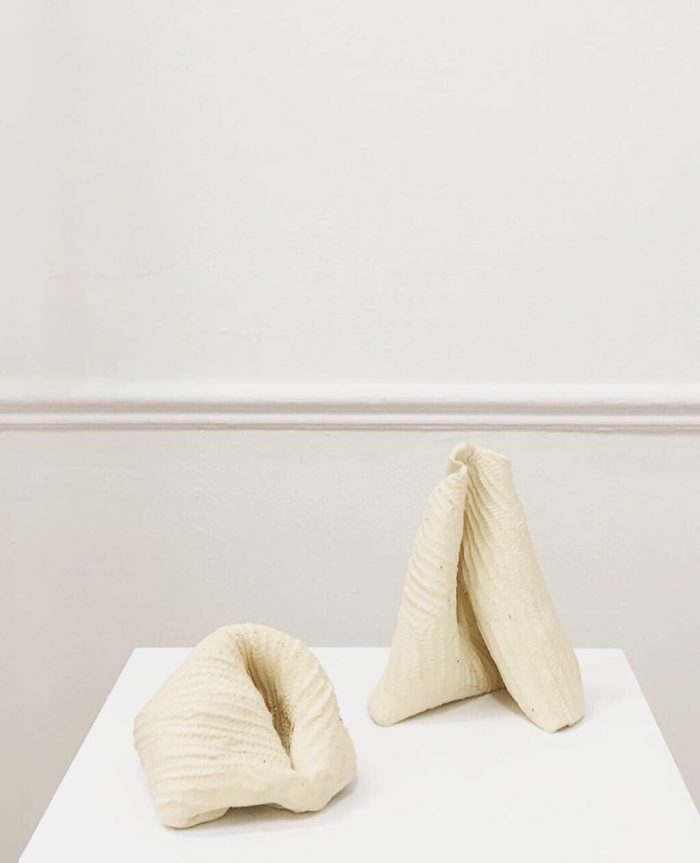 Pizzani’s project continues her line of research in which transformation and metamorphosis are recurrent subjects that she approaches through ceramics, photography, installation, performance and video, threading together historical narratives and fundamental concepts related to body and gender.

In her recent series Límbicas, composed by sculptures and photographs, the solid terracota material loaded with cultural and historical references transforms in an organic form. Likewise, the artist titles the work adding the female suffix to the Spanish adjective, feminizing it. The textures stamped on the surface of the pieces echo the texture of skin, impacting the material and acting as a sort of gender alchemy. The title also references the limbic brain, the part of the brain that controls emotions and basic impulses, and sexual desire. The base of the body.

Since her last visit to Mexico City in February 2018, when she showed at ZonaMaco Sur under Kiki Mazzucchelli’s curatorial program, Pizzani took Aztec god Xipe-Totec as a reference to carry on this idea of “second skin” she was developing. Intrigued by the answer of a civilization where the priest wore the skin of a defeated warrior as a symbol of renovation and to initiate the corn harvest, the artist has developed a clay installation titled Coraza. In this work, a group of clay scales, texturized with the corn itself, draw a circular/spiral shape on the ground. Accompanied by a series of masks that allude to the ceremonial character of this Aztec festivity and a large silkscreen piece from snake skin, which also transmits this idea of shedding and circles. Another importante connection to Pizzani’s context is the permanent state of war in which the Aztecs lived, which she compares to the acute crisis in her home country, Venezuela. “This violence isn’t exclusive to Venezuela, although this situation is very personal and latent for me, we are at a time in history where many wars are happening in parallel, of many sizes and with many motives, but are invisible to a lot of people”, explains Pizzani.