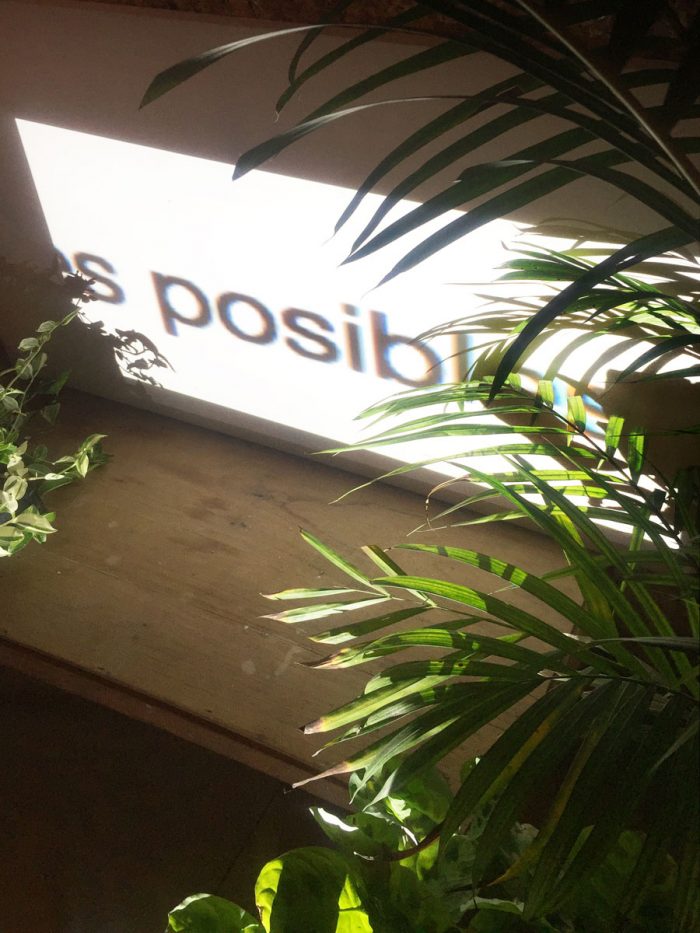 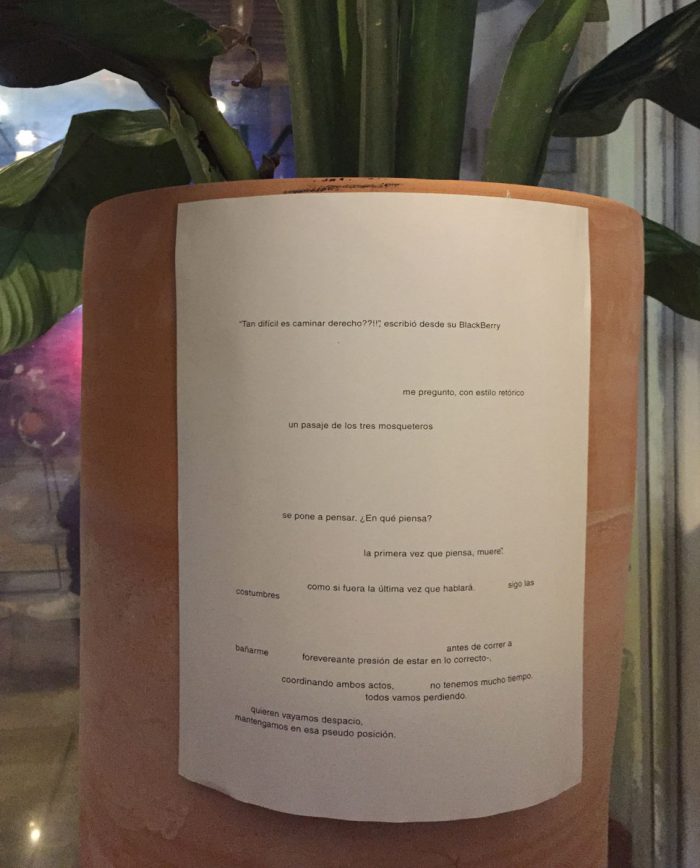 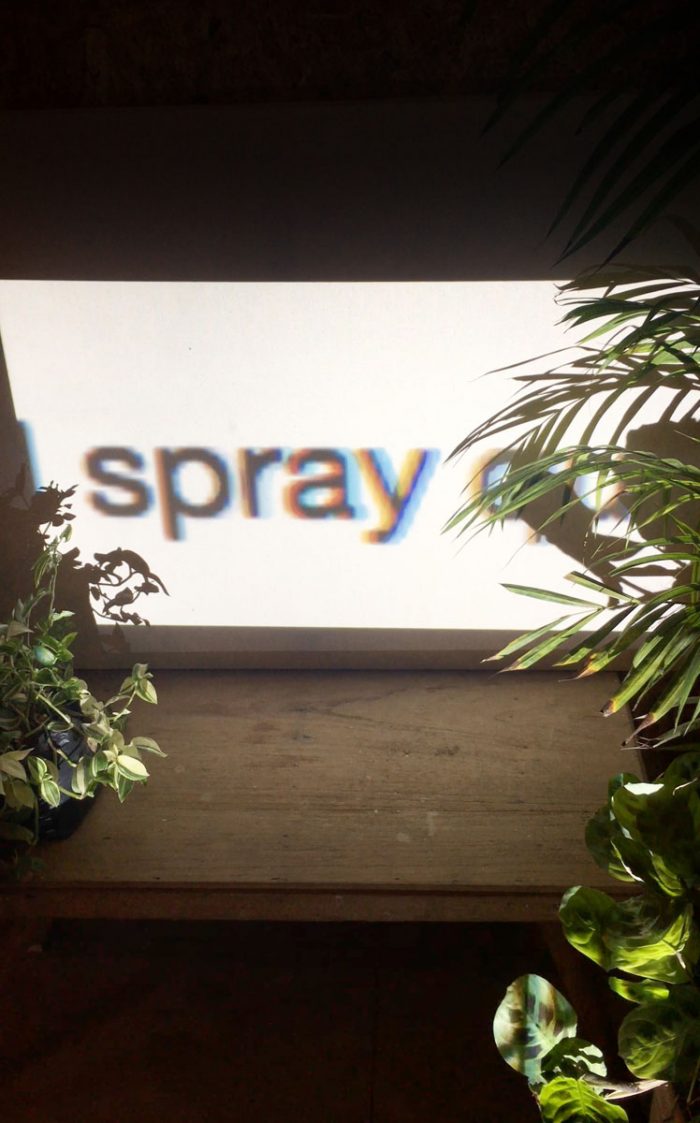 Faced with that sense of the end of the world and anger that accompanied our conversations, we began to write. We sent letters to colleagues and friends, most of them linked or sensitized with contexts of social mobilization in Latin America. We have already forgotten, but Ecuador, Chile, Bolivia, Colombia … mobilized last year to become owners of their future. We wrote without filter and automatically—almost compulsively—our own and others’ concerns. Thus, letters came out shooting multiple lines of flight, all of them summarized in a question that we asked without exception: How to continue? From the camaraderie that accompanies an epistolary exchange, we strengthen ties with those who responded, to narrate, or rather translate from the territory of the intimate and personal, the policies that we suffer. This exchange in the form of a sequence that accompanied this epistolography gave us the time and perspective to weave stories that share a common: our fragility.

Faithful to the circumstances that gave rise to this project, we are rewriting it here, to turn it into a memory that reflects again on what had happened. We believe that this is the only way not to freeze what has occurred in order to continue transforming it, making it more complex, and thus affecting it with the current pandemic, which makes even more evident what we shared as a result of Bisagra’s invitation.

Inspired by postal art—which devised channels that escaped the flows and currents of a prominent institutionalization and standardization of art—it was urgent to escape from the project culture and build at Bisagra a moment: something undefined and vague, unfinished and in constant development, to prolong that spirit of uncertainty and anxiety that floods us every time we stop to think on how to give continuity to our being, learning to coexist with the rest of the species of an exhausting planet; that we exhaust without hardly knowing it.

On our way to the space where we were going to inaugurate something, we kept discussing what was the best way for it to happen. We wanted to continue improvising and making changes to what we had already “installed”. At those moments we received an email from Armando, and an audio from Alfredo and Marta. We decided to incorporate them and help ourselves from friends and visitors who came to spend time with us. We gave them some texts extracted from our correspondence with the most intimates. They read them while we recorded their voices to play them on a loudspeaker, which by the way, was hardly heard. That feeling of strangeness produced by hearing your own voice, or that of your friend when you don’t expect it, was presented to us as a formula with which to contaminate third ones with those narratives.

Enhorabuena! Plantas is the space where Bisagra installed its summer project, and as the name indicates, it is full of plants that we did not want to undermine. We then began to camouflage words and phrases extracted from those letters in the space among all those plants. We selected those that fell on the subjectivity of the author, thus preserving some privacy on the ideas that these lexical units referred to. It was not about revealing what our friends told us, but talking about it. We then became an important part of the installation, as we functioned as active agents, performers of content that we transmitted in a non-obvious way. The only piece that diverged in format, but not in intent, was a video inadvertently made by our nine-month-old son. Playing with the phone, turned on in camera mode, he discovered and covered his target with his finger. The light passing through his fingers, formed an abstract image that oscillated between shades of reds, browns and pinks, like that of the skin, the blood…

Today, How to continue? resonates even more strongly in our bodies.

—A project by Mauricio Freyre and Violeta Janeiro

Enhorabuena! Plantas in Peru, is a project to share and experience from the artistic practice in relation to plants. The artists Katherinne Fiedler and Juan Diego Tobalina opened this space in Punta Hermosa, where they host the Bisagra summer program.

Bisagra is a space that functions as a point of articulation within the fragmented world of the visual arts in Lima, generating connections between its different manifestations, as well as with other areas of research and creation.