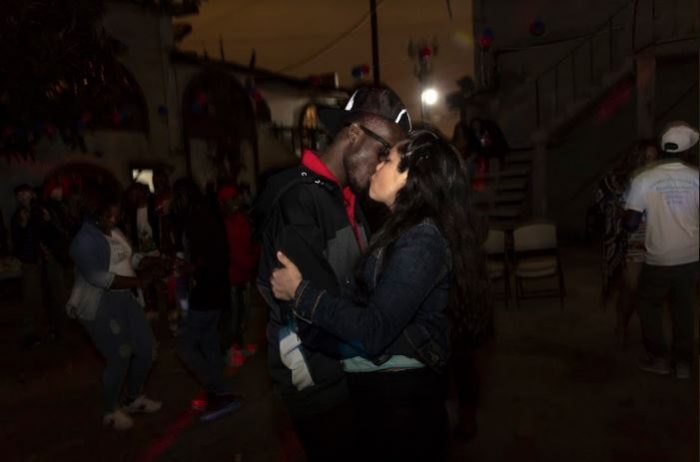 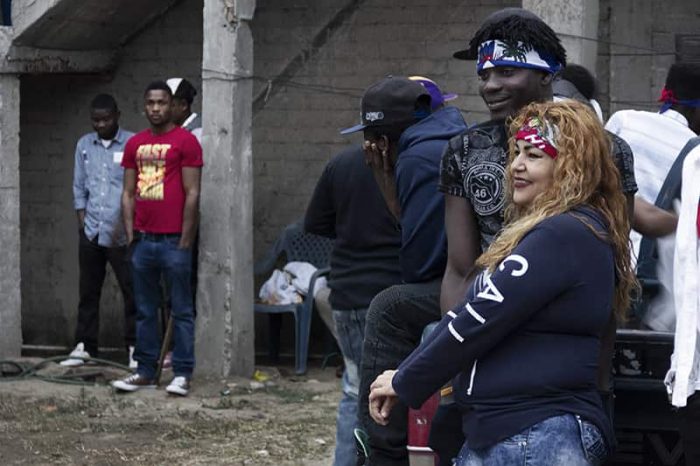 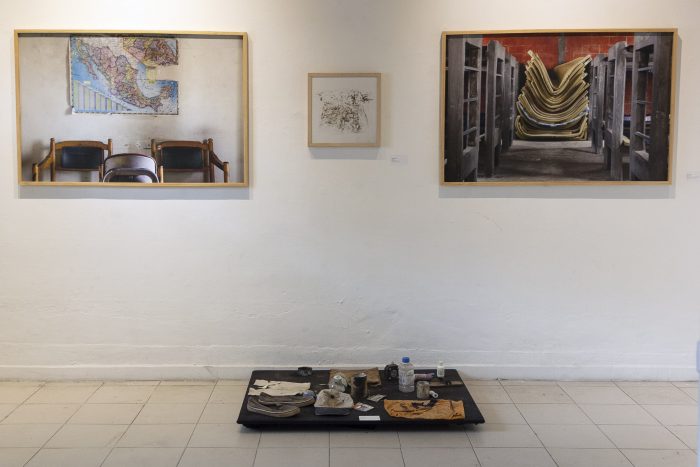 Olivia Vivanco, Ayisyen and Catrachos en Tijuana (2019). Video. Image courtesy of Gemma ArgüelloCentral America and the Caribbean have experienced political and humanitarian crisis that has not had enough recognition, and it has been repeatedly denied in the official annals of the history of Latin America. However, many people from these regions have came to Mexico running from the hunger, war, unemployment and violence they lived in their countries, some settling in the country, while others have managed to cross the border in order to reach the long-awaited “American Dream”.

Although the Central American diaspora to the United States has decades of history, the Haitian diaspora to the continent started in 2010 and it was not until 2018 when a large caravan coming from Central America crossed the southern border of Mexico with the intention of reaching the United States. Historically, Baja California has received migration from different regions of Mexico, as well as from different parts of the world, many of which, unable to cross “to the other side”, have settled in the state. Tijuana, as a border city, is important to our understanding of the complexities of the processes of migration in the country and to the United States, but also to the problems that forced migration has when it is settled temporarily or permanently in a place, most of which are the result of racism, classism, xenophobia, social and labor integration, in addition to the social and economic impact that it has when people arrive to a foreign border urban environment.

The work of Olivia Vivanco, reveals the unnoticed naunces of the Haitian and Honduran migration when they cross the country in the search of the “American Dream”. With the arrival of Donald Trump to the presidency of the United States, many Haitians were deported and thousands of others began to reside in Tijuana, building their own “Mexican Dream”. These situations are shown through the photography and videos of Olivia Vivanco, who portrays the radical change of the lives of these migrants, from their residence in temporary shelters, to their relatively rapid economic and social integration in different areas of Tijuana, despite the linguistic, religious and racial barriers they have faced in a Spanish-speaking and Catholic country that has denied their African descent. Her work also shows the recent impact of the migrant caravan in Tijuana, the contiditions of the shelters that receive the Hondurans –which look more like refugee camps– and how, although they have similar characteristics to the Mexican population, cultural and educational barriers leave them with an uncertain future in Mexico because the constant refusal of the US government to allow them to enter the country.