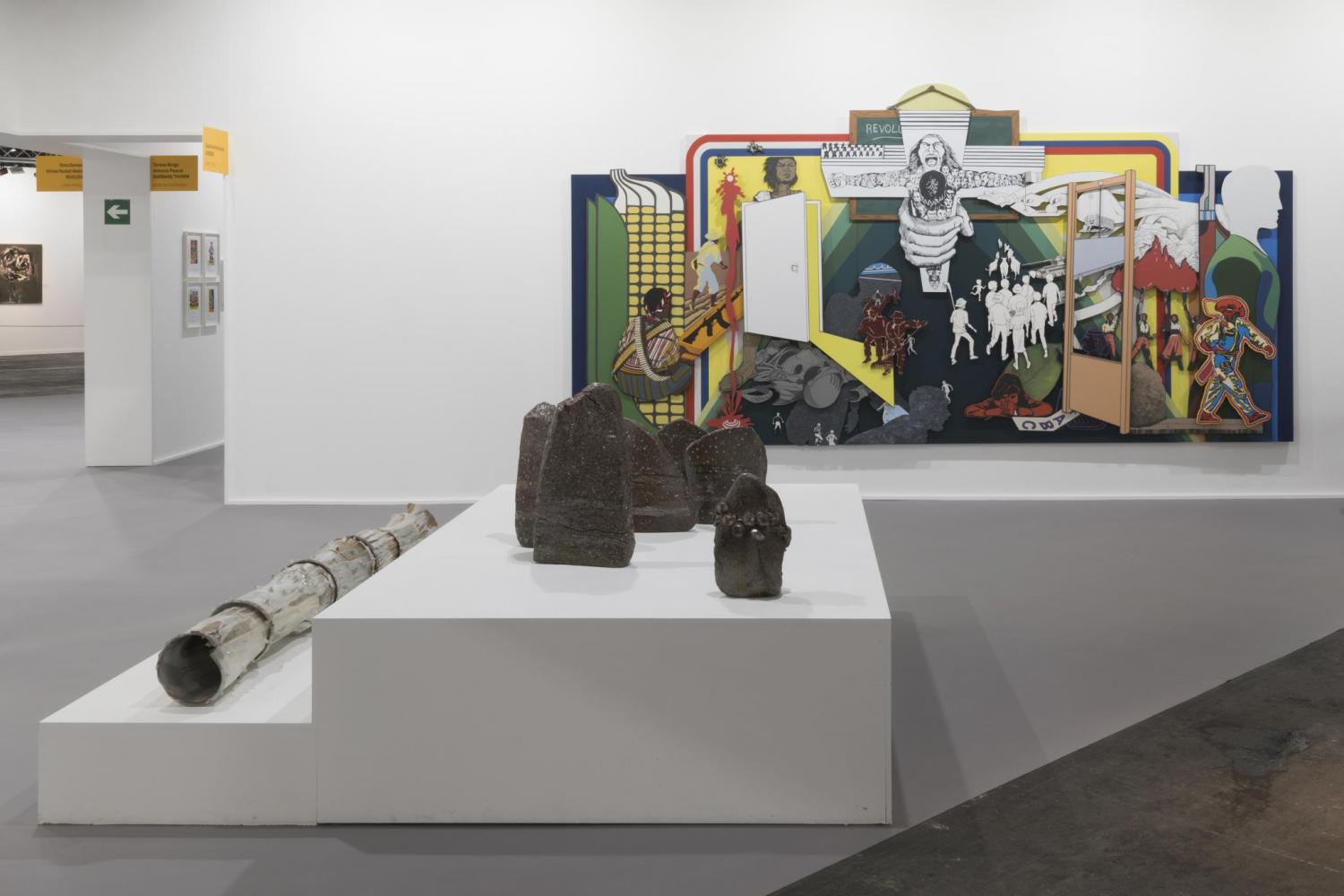 It was more than twenty years ago—in 1996 to be exact—that Latin America was guest of honor of the ARCOmadrid fair. At that time, as a region built from the new global imaginaries, Latin America was legitimized within the western canons from the institutionalization of the idea of Latin American art. As Joaquín Barriendos explains, this legitimation was created through a (self)exotization that between the global and the subaltern cultural dynamics deployed a game of representations where identity was the mark of difference between the West and Latin America. This opened discussions about the place where Latin America is narrated, thought about, represented and criticized, wrecking the place of discursive legitimacy, where the preposition from—“art from Latin America” —came to reassure, on the one hand, the guilty anxieties of the West as a cartographer of the epistemic distances that allow it to be the hegemonic legitimating subject scholar, and on the other, the anxieties of visibility of the different Latin Americanisms who sought to be part of the conversations that globalization and cultural geopolitics raised to claim them from their own experience of the “marginality.”

Twenty years later, Latin America is no longer a guest of honor from a 90s regionalism. Now, in tune with a refounding of national identities throughout the American continent—a characteristic of the second half of this 2010 decade—ARCOmadrid has extended an invitation of honor to Peru, continuing in this way with invitations to Latin American countries, as in the case of Colombia in 2015 and Argentina in 2017. This invitation displayed a program of conferences, Foro Perú, and a kind of pavilion where works by artists such as Ximena Garrido-Lecca, Rita Ponce de León (80m2 Livia Benavides), Antonio Paucar (Bárbara Thumm), Herbert Rodríguez (Henrique Faria), Claudia Martínez Garay (Ginsberg) and Elena Damiani (Revolver), to mention some, were exhibited.

While touring the fair and visiting the exhibitions, I observed that now Latin America serves as the symbolic force that legitimizes international markets and the institutional systems of art. Its standardization as the necessary difference and subalternity within the Western canons is revealed in the obvious and predictable categories and themes that tend to organize the works presented both in the market and in the institutional white cube. Latin America as the third world where aesthetic modernity collapses and reinvents itself becoming a kitsch and ironic postmodernity; Latin America as the revolution that claims nation identities from the inclusion of indigenous cultures: plurality and melting pot of races; Latin America as a nostalgia for the landscape drawn from the postcoloniality of the academies; Latin America as transgression, subversion and contestation as unique strategies of the aesthetic construction of the political; Latin America as a ghost of dictatorships, imperialisms and neoliberalisms; Latin America as anthropophagic marginality; Latin America as the non-western. Of course, these totalizing and static discourses come to create categories that, as Graciela Speranza points out, are instrumentalized as market strategies to create recognizable stereotypes that allow a better sale of the product “Latin American art”.[1] This statement also allows us to get closer to an explanation about the absence of curatorial and critical dialogue between contemporary Spanish art and Latin American contemporary art in all activities within the framework of this edition of ARCOmadrid. 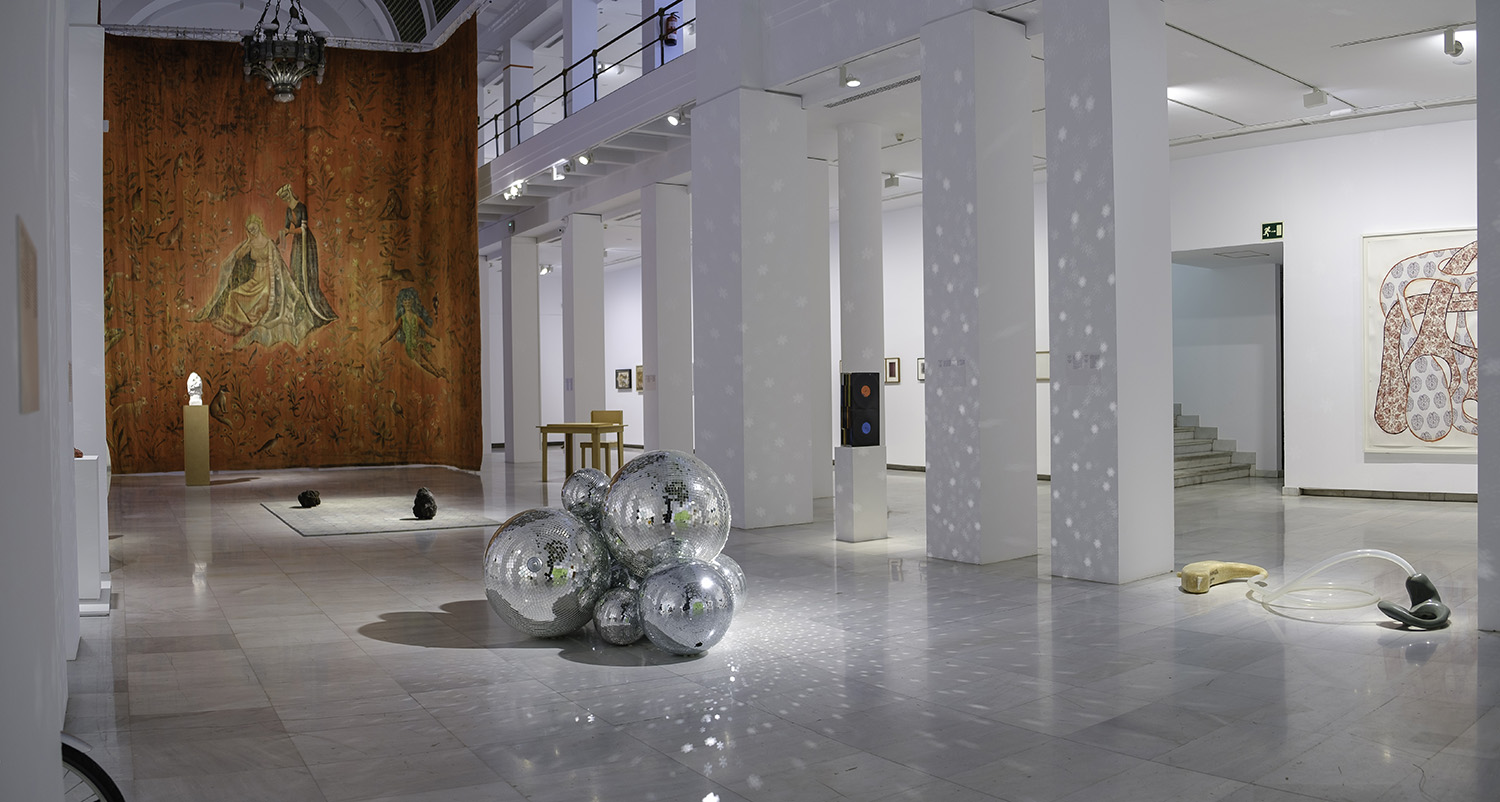 From Gayatri Spivak, Barriendos reflects that Latin American art, locked in the difference that separates it from the West, is doomed to be “incapable of redrawing its contours and of redesigning […] the geopolitical imagination of modernity”.[2] The excess of enunciating ourselves as the difference and the subaltern in tune with the boom of Latin American art in constant expansion in the global market has created a paradox: “when speaking from the difference, it is reproduced”.[3] How to assume this contradiction? Barriendos proposes a critical regionalism that “does not lose sight of the object of its criticism and [that] knows at the same time that it reproduces the problem it denounces”.[4] In other words, it would be necessary to review the speeches that were displayed during ARCOmadrid in the Foro Perú and in the exhibitions in museums to stress—within “Latin American art” itself—an observation that I reformulate from a conversation I had with Francisco Godoy of the collective Ayllu: the critical discourses from the Latin American art that have space in the dynamics of the global tend to be accomplices of the hegemony that gives access to the system that aims to criticize and interpellate. Assuming this contradiction is vital to enable other imaginations and dynamics of circulation and exhibition of critical discourses that are not appropriated by the geopolitics of the modern/colonial system as observed by Daniela Ortiz in her text Criollos, Plunder and Colonial Alliances published online this week as part of the recent issue of Terremoto. 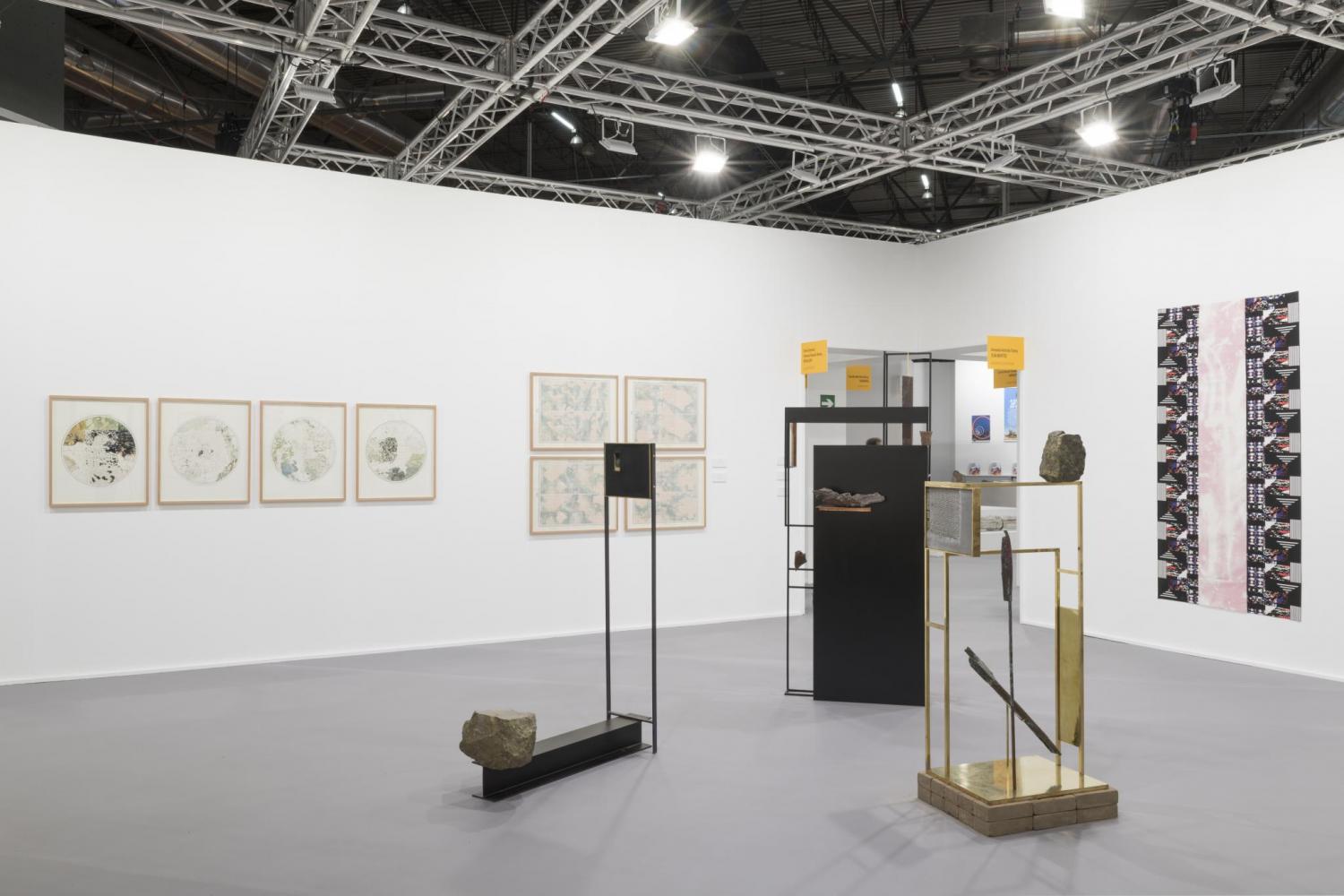 Visiting Spain was undoubtedly an experience full of contrasts. Outside the echo chamber that creates the bubble of the contemporary art system, Spain was a discouraging territory: Spanish flags welcomed me hanging from the balconies overlooking the main streets and alleys, a demonstration of nationalist identity that has evidenced, of again, the demons of a country that is just a few months away from the elections within the framework of the independence movement in Catalonia and a growing wave of migration. From this, the public space revealed itself in a constant dispute: from the police harassing manteros—Senegalese migrants trying to subsist through informal commerce as a result of a racist system that prevents them from being recognized as subjects of rights—until the tension of looks and body language each time a racialized person entered a cafeteria or the post office. The coexistence of critical Latin American discourses through art in Spanish territory and the daily reality of harassment and violence against migrants and racialized people compel me to ask, what implications does it have to put on display and circulation “Latin American art” in a context such as that of Spain where identity nationalisms and xenophobia are reinforced day by day? What role does the exhibition of Latin American art play in the cognitive systematic configuration of the good and the bad migrant? I open these questions to continue with them in the near future back in Madrid.