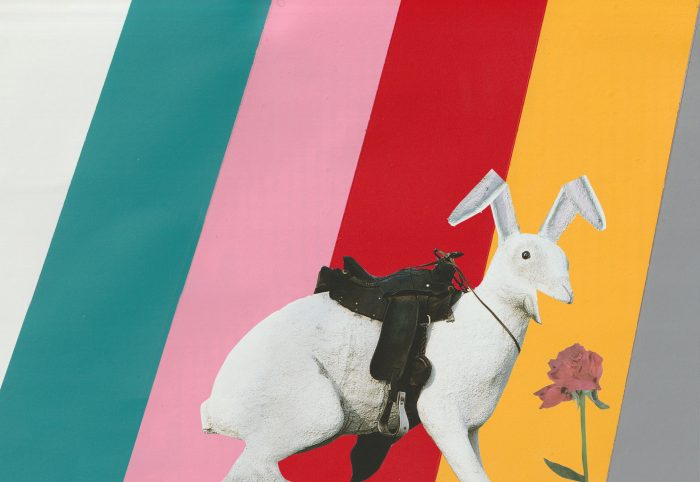 Animaciones piratas (Pirate animations) is an animated series created by guadalajara90210. The series is made up of several short episodes of two to three minutes.

It is an exercise in visual experimentation where collage, drawing, painting and photography are articulated thanks to the different choreographies that follow the rhythm of the music. Several musicians collaborated, making unique compositions for each chapter, using the animations as scores.

Created with the animation technique Stop Motion in a very improvised way, a group of fictitious characters loaded with symbolism jump from one scene to another. Dancing from one frame the next one, they explore and live unique adventures. An egg and a plant dance before flying to a bird-building, a tuatara drinks tea with some friends before heading towards a portal suspended in a tree. We are excited about the universe of possibilities offered by the dialogue between the different media involved.

The music of the introduction was composed by OPTION GENIALE and the one of the first episode by the band Pearl & the Oysters.