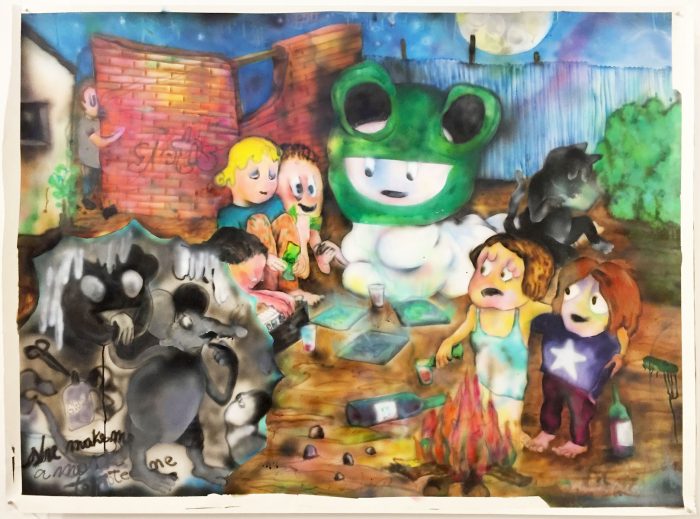 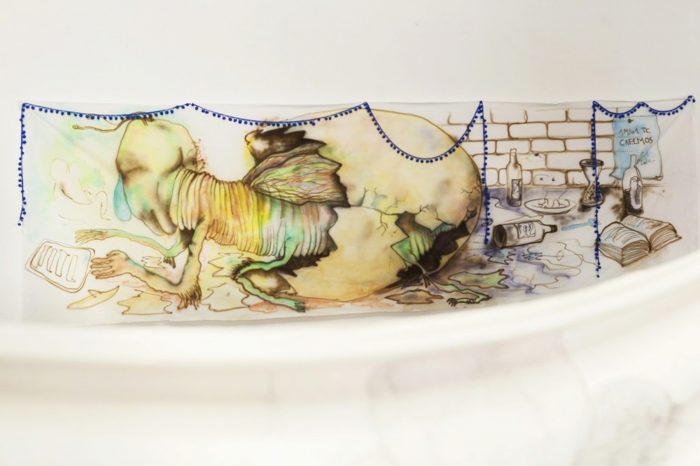 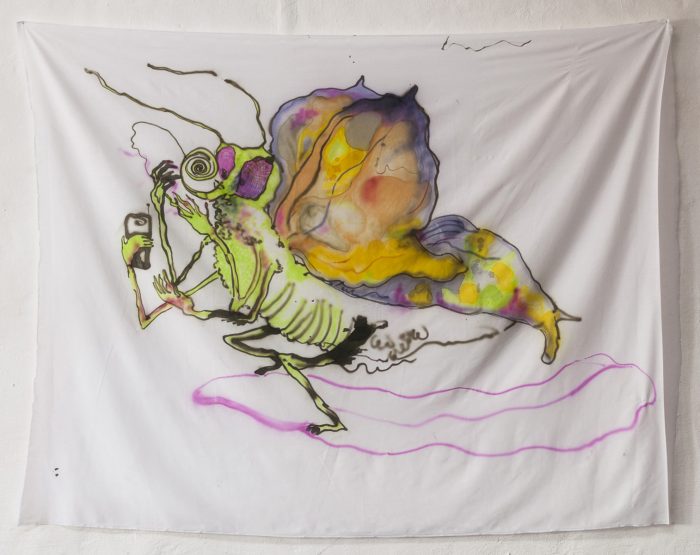 Sequential Myths is an online exhibition at a micro-website that allows us to navigate the recent series by artist Constanza Giuliani (b. 1984, Mendoza, Argentina). Sad Worms (2016), Spring at the bathroom (2017), This is me (2017), Transformer
Vanguard (2018) and At an island stuck to the earth in the proximity of everything (2019).

The online platform will exist simultaneously with the presentation of the project at PIEDRAS Gallery, in the context of their participation at Open Chaco (Artsy), the virtual Art Fair.

The series displays a spiral-like continuity allowing different maps to be traced, regarding their usual subjects. In them, we can perceive the development of her interest in comic, writing, painting, and particularly drawing, the last as the basis in the production of characters that are in a constant state of becoming and transformation. The works seem to dive into finding in several dimensions an ungraspable origin myth, lost in the little lives of a worm and its pets. And then again, once the worm becomes a butterfly.

Sequential Myths proposes steering through a path of alternative scenarios, different from the real world, in which its characters can experience contemporary life, in consonance with daily human emotions. This way, it reflects upon the influence of the neoliberal world, that sustained on the promise and emptiness of bodies—frivolous and virtual—destroys the dignity of emotions. Despite all that, there are moors, niches and spaces for us to think and construct ourselves, without disregarding the drama, and from hope and collectiveness.

Sad Worms (2016) is a drawing series that reflects upon the laziness of the body in a state of virtual connection and sensorial intersection. From this base metaphor, Constanza creates characters that smoke, scroll on cell phones, interact through chats, and express themselves in a hybrid language, re-signified by social media.

THIS IS ME (2017) comprises a comic and a group of satellite paintings that arise from the comic itself. The comic tells the story of a worm and its pets; a rat and a cat. All of them live together in a sort of marginal hole. The rat is the smartest, while the cat likes going from party to party. This is the way they go through life until one day as their wifi is cut, they start writing poetry. The above is the premise of my first experimental comic, painted with black ink and water over paper. From it, a series of color airbrushes emerge. These reveal particular scenes, appendices that sprawl on the characters’ stories and both of their virtual and physical connections.

Spring in the Bathroom (2017) is a medium-size painting series made at home. These pieces completely embrace a domestic interior life, one that prepares to go out. It is a series that focuses especially on the body. The characters reflected on the bathroom’s mirrors and cell phone screens envision autonomy and self-love. They construct identity. The series is intersected by animal figures as well, which for Constanza are metaphors for mental and psychological states of the body.

Transformer Vanguard (2018) is a raw return on the subject of the body. Going a step further, it abandons domestic life to arrive into a feminist frontline. Here the body is a tool for the struggle, becoming protest flags. The female and feminized body appears and is placed at the forefront. These flag-paintings speak of topics that though simple are still taboo: vaginas, menstruation, machista deconstruction. At the same time, they tell the story of a worm who crosses a chrysalis face to become a butterfly, embracing non-binary and feminized identities.

At an island stuck to the earth in the proximity of everything (2019) in the format of a comic presents the continuity in the life of a recently transformed butterfly. There we can see the possibilities presented in the path towards adulthood. In these paintings, a possible kind of swamp emerges, a place where mentors and friends from whom the enjoyment for life can be learned. It is a series that speaks of personal experiences tied to a sense of collective, as a viable route to survive a terrifying world. It crosses what is plausible with fantasy. It asks the question: how to deal with frustration and the idea of life’s finitude?