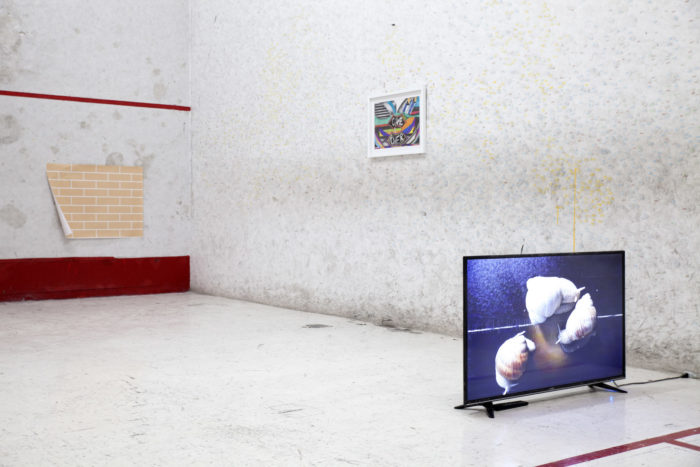 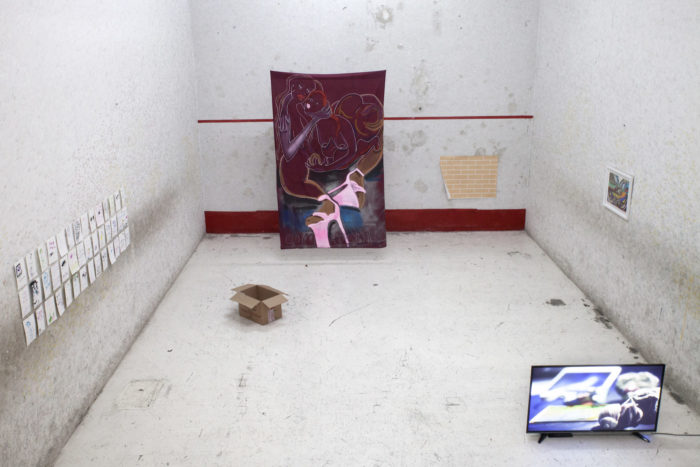 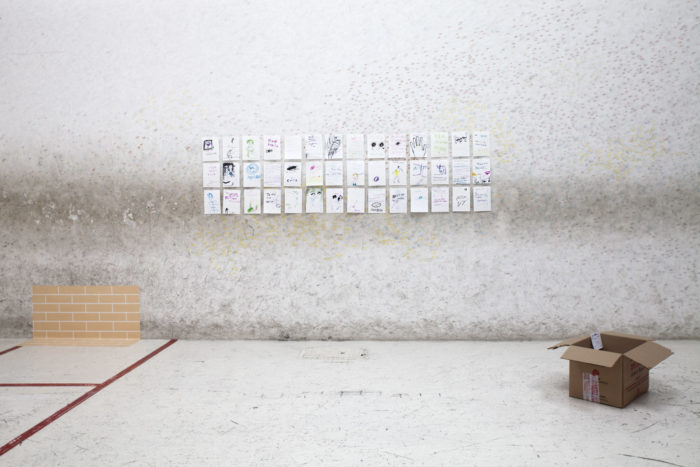 Red lines mark the out of bounds of the squash court, forming an odd horizon that signals the limits of the playing field. Contained in the here and now of the court and the back and forth between the players, each body reacts to the movements of the other. Instead of facing one another on opposing sides, the players share the same space; they challenge the same wall: rebounding off the sweaty confines of the court, their game culminates in a perpetually concussed flirtation of rubber balls with the then and there of the out-of-bounds.

The sixth exhibition at Squash Editions explores the out-of-bounds, the indeterminacy and potentiality of what queer theorist José Esteban Muñoz has called queer futurity: “To see queerness as the horizon is to perceive it as a modality of ecstatic time in which the temporal stranglehold that I describe as straight time is interrupted or stepped out of. Ecstatic time is signaled at the moment one feels ecstasy, announced perhaps in a scream or grunt of pleasure, and more importantly during moments of contemplation when one looks back at a scene from one’s past, present, or future.” (José Esteban Muñoz, Cruising Utopia, 2009)

The works in the exhibition are interested in queered encounters with adversaries/companions within common (but often displaced) spaces and temporalities—whether these are shared in solidarity, in ecstasy, by a violation, in resistance or by encroachment. Separate from the outside world, the squash court offers a kind of exclusion zone where space and time are renegotiated, where bodies can collide with each other or narrowly avoid collision.

The three-day show, with pieces by international artists working in diverse media and across different times, takes place at Squash Editions—a court at Squash Ciprés in Santa Maria La Ribera, CDMX. It is accompanied by a zine which offers an “anthology” of texts and images by artists and writers alongside theory and other literary and visual formats that speak to ecstatic queer temporalities, arranged as excerpts and fragments, in English and Spanish.