Curated by Miguel A. López 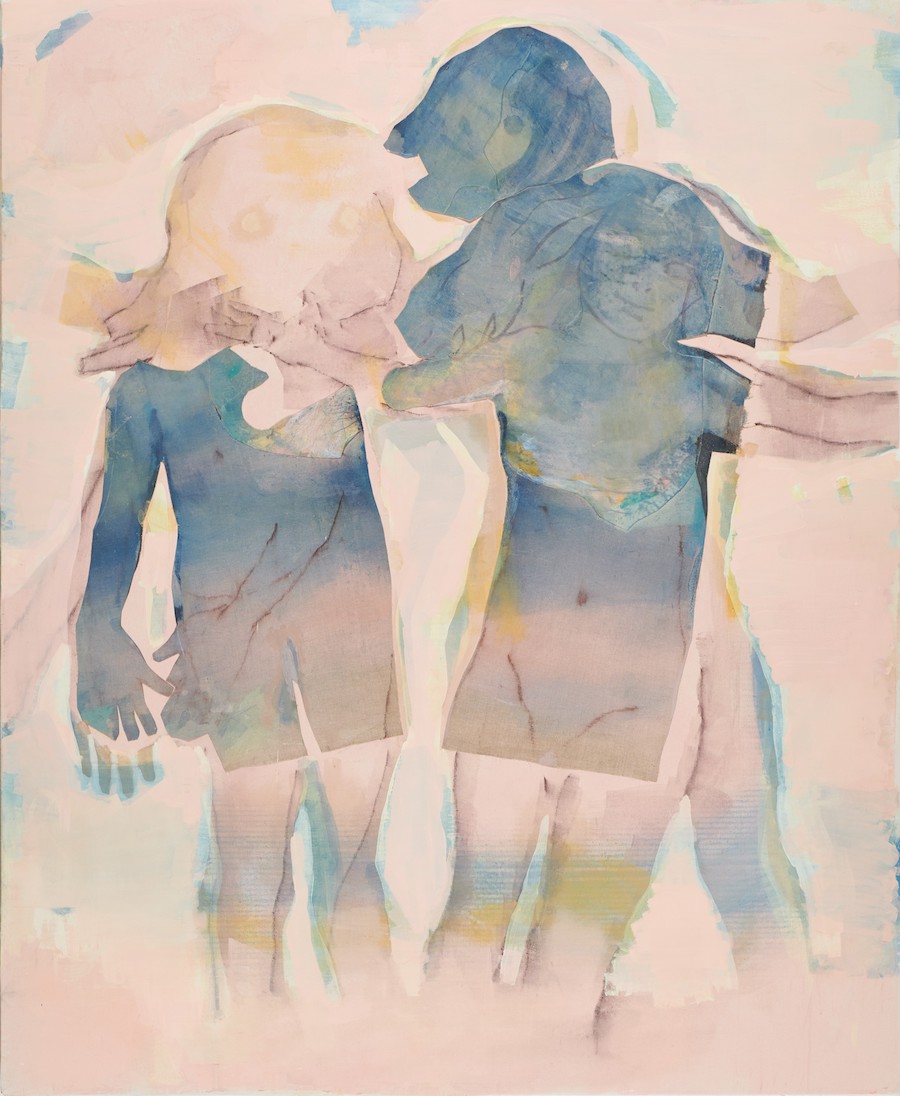 In the exhibit Hablo un borde extraño (I speak a strange edge), the first solo show of the artist at Galería del Paseo, Tania Bedriñana (Lima, 1973) presents a group of artworks mostly produced in the last two years. Unlike her previous works in this artistic proposal, the colors show a particular luminosity and the landscape takes center stage through forms that suggest mountains, clouds, and rivers, as can be seen in the works ‘Andes’ (2021) or ‘Zigzag’ (2021). Other works – as mentioned by the curator Miguel A. López – evoke stratigraphic diagrams where the layers of colors seem to dig into the skin, as can be seen in ‘Ciempiés desnudo’ (Naked Centipede) (2021) or ‘Piedras y flores’ (Stones and flowers) (2021).

Made on cotton paper, canvas and linen, and painted with emulsions, pigments, pastel chalk, and oils, Bedriñana’s works introduce the visitor on an exploratory journey where the bodies merge and blend with the landscape. In the words of the curator Miguel A. López: «Bedriñana paints like someone doing an exercise in archeology, indirectly underlining that we are an accumulation of superimposed layers that contaminates its meaning. Possibly the artist’s fascination for the mask is precisely associated with the possibilities of covering ourselves with layers and misplacing our faces, something that many people must do daily to navigate the multiple forms of patriarchal, racial, and sexual violence which make up the world» (Escapar de la captura, 2021).

Hablo un borde extraño (I speak a strange edge) also brings together works previously made by the artist, which consist of images made from cutouts painted on paper and linen, paintings on canvas, and pastel chalk drawings, registers moving emotions in which the artist, as Lopez suggests, account for how we all negotiate with the place and territory we inhabit. In the curator’s words: «Her work has been interpreted, sometimes, as an exploration of the childish or of dreamlike universes, possibly due to the abundance of faces without signs of age, as well as chromatic atmospheres used as thresholds of dream and fantasy. However, her characters go further: Bedriñana composes existences that are in a battle to escape from the disciplinary gaze that organizes life (…). Bedriñana seems to try to teach us to feel border-bodies in a world that punishes deviation and in a society obsessed with constantly measuring our indices of ‘normality’ through the use of small words or everyday gestures» (Escapar de la captura. Miguel A. López, 2021).

She belongs to the generation of artists who graduated in the 90s in Painting from the Faculty of Arts of the Pontifical Catholic University of Peru. In 1999 she traveled to Germany to study contemporary art at the University of Kassel – where she explored cut out as an artistic genre, developing a body of work made up of cutouts, installations, and assemblages on paper on walls – and a Master’s degree in Art in Context at the University of the Arts in Berlin, where she lives since 2002.