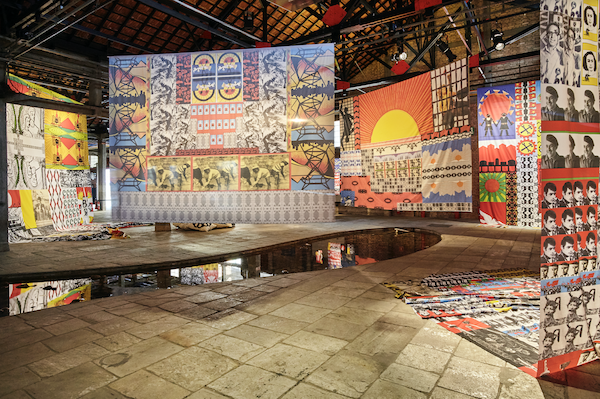 With Marta Mestre as main curator and  Pollyana Quintella as assistant curator, the FARSA exhibition began to receive visitors on October 20, at the Sesc Pompeia unit in São Paulo.

The exhibition, which also has content made especially for the digital medium, opens a conversation on the “fractures” and “fictions” of language, in the historical context of Brazil and Portugal.  Bringing together more than 50 artists, the exhibition investigates the supposed linguistic unity, contrasting various strategies on the deconstruction of art in both countries, through experimental works from the 1960s and 1970s, and proposals by contemporary artists.  With a Q & A, the exhibition proposes the idea of open history and questions the “colonial unconscious” of that which is culturally divided and fragmented.

With the complexity of language, FARSA is committed to fragmentation and polyphony through a myriad of conversations that are not aligned with universal discourses.  By relating artists who share a common language with each other, the exhibition highlights the poetic and political uses of the word, through visual poetry, one of the rare examples of confluence and reciprocal experimentation between the two countries, and also through photography, film, performance, installation, presenting also digital languages.  In this sense, FARSA‘s works emphasize the viral dimension of language today, ranging from fake news, “memes”, to linguistic hegemonies or the use of the object and eschatology in political affairs.