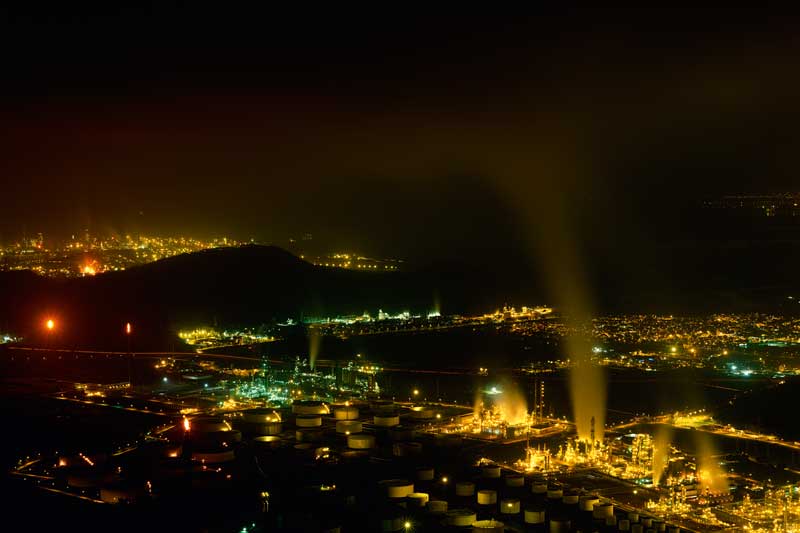 For Amerindian people, future has been understood from the past, as a gloomy projection derived from the catastrophe imposed by the invasion and destruction of their original worlds by Europeans. As Brazilian anthropologist Eduardo Viveiros de Castro says, Amerindian peoples are survivors from this process of destruction and genocide. Perhaps, they will be able to teach us when our modern world finally collapses. The acceleration of climate change and the deepening of a global political crisis produced by the contemporary versions of fascisms and nationalisms are, after all, converging for a kind of generalized war. Lévi-Strauss taught long ago that the modern world and its civilization could not exist without the plunder of indigenous mineral resources, which was equivalent to the annihilation of the nexus established by native peoples between human beings and the earth. Nowadays, the imminent catastrophe will probably shape another condition of existence, derived from the radical transformation of the dying modern ontology as well as of non-modern peoples.

Amerindian populations nevertheless were always aware of the destructive potential of white people and of its catastrophic consequences.

They projected to the future this possibility of destruction: a kind of prefiguration, which cannot be conceived exactly as prophetic, although predictions of a global cataclysm can also be found among contemporary Amerindians. The awareness of the arrival of greedy and dangerous foreigners should actually be understood as the logical counterpart of the emergence of the ancestors in the old times, as Lévi-Strauss showed in his History of Lynx. Indeed, Amerindian mythologies postulate the existence of an imbalanced couple of twins or brothers—the first one conceived as a benefactor demiurge responsible for the formation of the positive aspects of the ancient world, the second and younger, as a trickster who brings deception, misunderstanding, sickness and death. 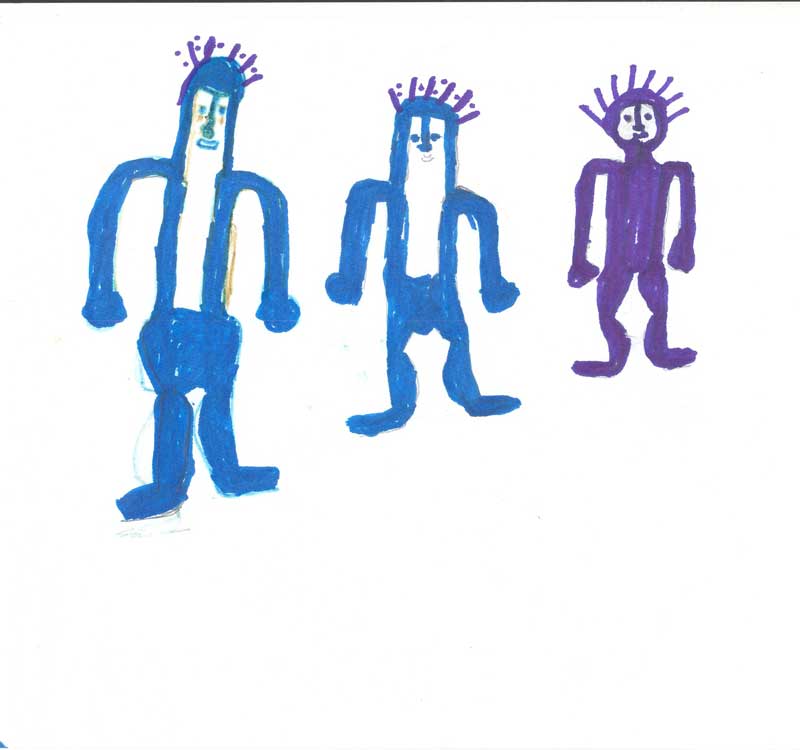 Because of this prefiguration, Amerindians (especially their elders and shamans) don’t see white people’s technological achievements as a novelty, but much more as a production, which their ancestors already knew in the old times, but then decided to abandon to stay with a modus vivendi based on a more versatile technology. This is why it is impossible to understand their conceptions of temporality through modern linear evolution, as if white technology and behavior were a later acquisition that a supposedly pristine people did not know before the advent of colonization and acculturation. Quite the contrary, white people were actually derived from a previous humanity, as we can understand by the Krahô myth of Aukê, collected long ago by Curt Nimuendaju. Aukê was a prodigious boy, who was persecuted by his jealous uncle. After trying to kill Aukê by several failed strategies, the uncle decides to burn him. Some days after the death of Aukê, his rel- atives decided to visit the place where his ashes were scattered. There they found that he was living on a plantation and had transformed into Dom Pedro II, the Brazilian emperor of the nineteenth century. 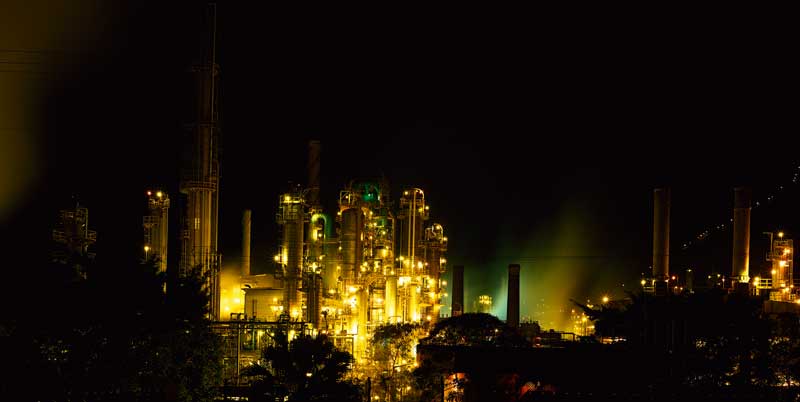 The Marubo, a Panoan-speaking people of the Western Amazon with whom I have lived and worked, also produces reflections about this eagerness characteristic of the powerful white invader. In the first times, Shoma Wetsa, an iron woman endowed with sharpened blades in her arms, cannibalized and terrified the ancestors of Marubo people. It was almost impossible to escape from the voracity of this monster-woman, who could identify her potential enemies from the smell of their farts. The narrative tells that Shoma Wetsa was once dis- content with her son, Rane Topãne, who had three sons with a woman of dubious moral behavior. While away for hunting, Rane Topãne left his sons in the care of their grandmother. Upon his return, the man found his sons dead and was never satisfied with the excuses of Sho- ma Wetsa. Realizing that his own mother was in fact the murderer of his sons, he decided to kill her. After several unsuccessful trials—for the woman was made of iron and no arrow or other strategy could kill her —he perceived that she was afraid of fire. The son made a bonfire in the middle of his longhouse and, pretending to perform a ritual dance, pushed his mother to the flames. After telling her son that her spirit-double would return in the future, her body exploded. Her liver, her bones, and her teeth were then transformed in iron, hammers, and gold nuggets. One of the doubles of Shoma Wetsa went to the West and originated the Inca Empire, the other went to the East and became the white people. 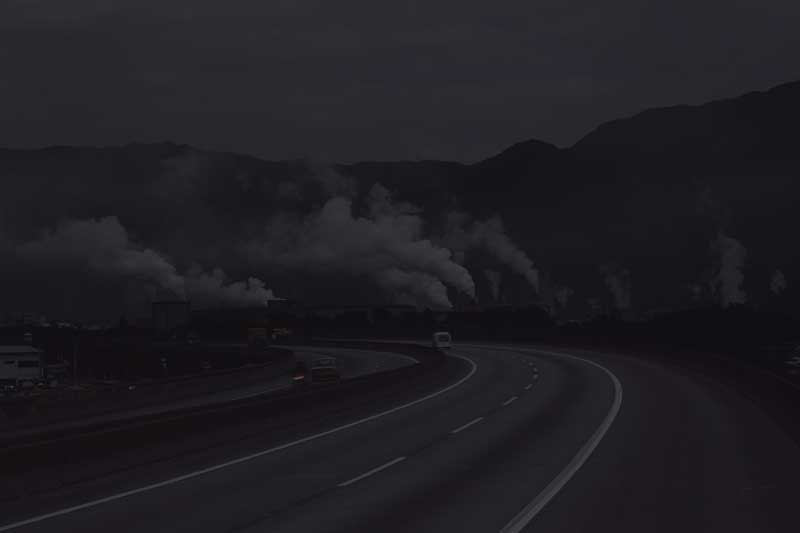 Separated by at least seventy years and by other linguistic, cultural, and geographic distances, the Krahô narrative collected by Nimuendaju and the history of Shoma Wetsa are actually transformations of the same myth about the origin of foreigners. But caution within the notion of “myth” is more than necessary. Although what we call myth is indeed a kind of narrative speculation endowed with specific characteristics— the most important of which is the logical transformations virtually present beneath the surface of discourse, as Lévi-Strauss demonstrated—the notion should never be confused with mystical and irrational symbolism. On the contrary, narrative speculative thought is constantly employed by Amerindians to solve practical and philosophical dilemmas.

Years ago, I brought to São Paulo one of my Marubo friends, the young shaman and schoolteacher Robson Venãpa. After some days in the city, we took the highway that goes down through the Serra do Mar, the mountains that separate the São Paulo highlands from the Atlantic shore. The highway crosses the apocalyptic city of Cubatão, one of the most important Brazilian industrial centers. We stopped at the roadside to take some pictures of factories and power plants half covered by the industrial smog. In contrast to his younger Marubo travel companion, who was excited and terrified by these aspects of the outside world, Robson was not exactly amazed, but rather convinced that his previous speculations were actually correct. He saw with his own eyes the place of origin of vei koin, the deadly smoke which constantly affects his relatives, demanding shamanic actions to neutralize the effects of engines, gasoline, and other technologies quite often used nowadays in the forest. More than that, he realized that Shoma Wetsa really transformed herself into white people and their implements, for Cubatão is located exactly at the Atlantic shore, which corresponds to one of the directions taken by her doubles after the explosion of her body. There were the “bones of Shoma Wetsa,” conceived by us as industrial facilities. 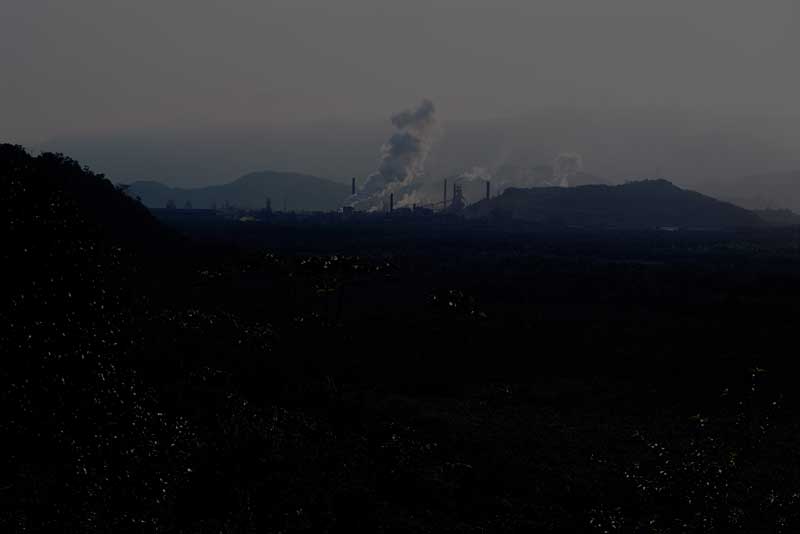 Back home, Robson could tell his shaman peers about the trip and his confirmation of Shoma Wetsa’s transformations. Perhaps now they could be more successful—or not—in the neutralization of a broad range of sickness that challenges contemporary Amazonian indigenous populations such as the Yanomami, whose leader, the sha- man and activist Davi Kopenawa, also points to the devastating effects of xawara, the metal smoke derived from the exploitation of mineral resources. Shamans like Kopenawa and Robson Venãpa, are more and more engaged in the formation of a kind of alliance, necessary to cope with the expansion of this anthropocenic and/or capitalocene age. When I once presented Kopenawa with my books and told him about Robson’s shamanic activities and knowledge, he replied that he already knew him—not in this visible world, but in other virtual positions where spirit people like them seem to assemble. 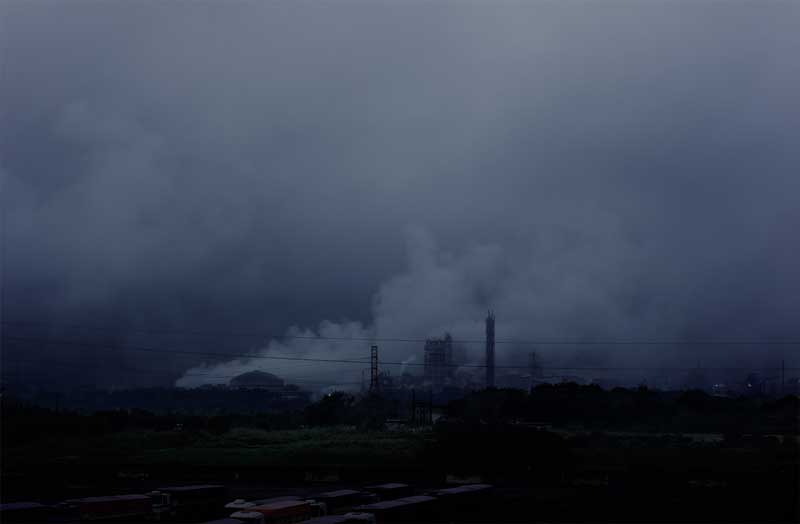 The last time that I saw him, Robson (or actually his spirit-double) was reshaping the cosmic path of the dead, which, according to him, was then not large enough to solve the problem of the multiplicity of doubles that were accumulated at its entrance. The objective was then to clean this land from unwanted dead, which constantly harass the living, causing their bad and destructive behaviors. I sincerely hope that his and other spirit legions can indeed be successful, before the complete destruction of the Amazon by the earthworm people of Brasilia. This is indeed a very convenient and accurate categorization (provided by Manuel Sebastião, another Marubo shaman) of the majority of our politicians, who eagerly cross the underground tunnels of the Congresso Nacional, one of the rotten jewels of Oscar Niemeyer’s futuristic capital.

What About the Future of Afro?