Members of the space Entre in Uruguay present reflections about the left, art, science and militancy in a neoliberal context to incite a dialogue that contemplates the counterhegemonic critical action. 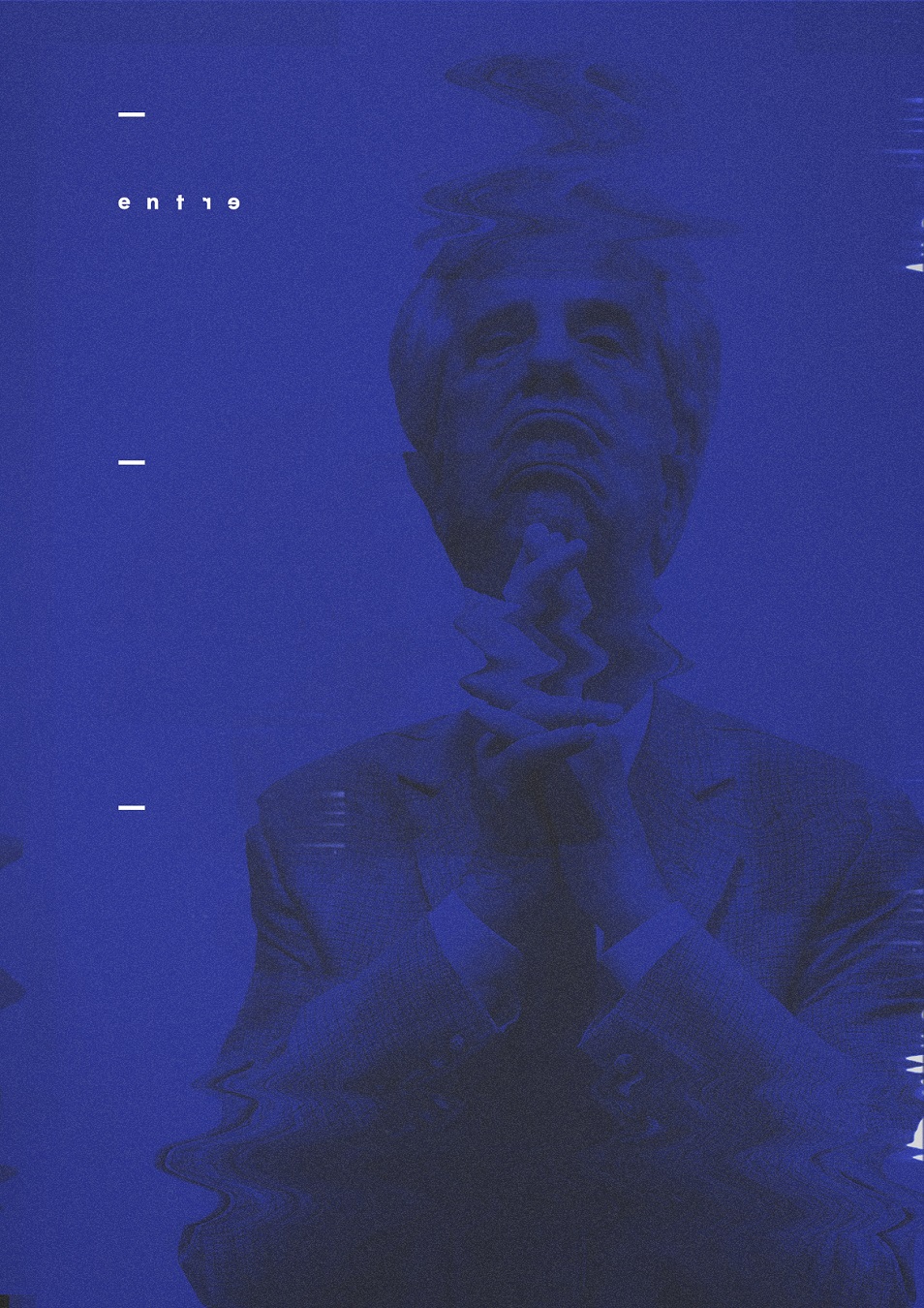 “We’re at a point where despondency, senselessness, exasperation, and atomization stain both practice and thought.” It was April 2017 and we began our text on “aesthetics, science, and politics”[1] with that phrase. It was to be both entre’s calling card and a catalyst for conversations we wanted to share with others.

There’s a kind of fantasy about organizations like guilds, unions, and artistic and academic collectives that posits that within these groups topical issues, transformative strategies, the most recent theories, and the most current possibilities are considered on a daily basis. Sadly, it’s not true. Electoral exigencies, internal disputes, commonplace concerns, the search for funding, and the protection of advances achieved often impinge on the possibility of having substantial conversations. Accordingly, sharing a set of certainties, whatever they may be—and even if they’re only implied, is fundamental to political, artistic, academic, and social collectives. These certainties regarding basic aesthetic, scientific, and political agreements allow a collective to proceed to action with something that unites its members and maintains the boundaries that separate them from what lies without.

But in moments of crisis, certainties are the first things that fall away; what unites us at entre is thus exactly the opposite of certainties: questions. For a long time we and others had been talking about the need to create spaces for thinking, education, research, and speculation free from any undue sense of urgency. 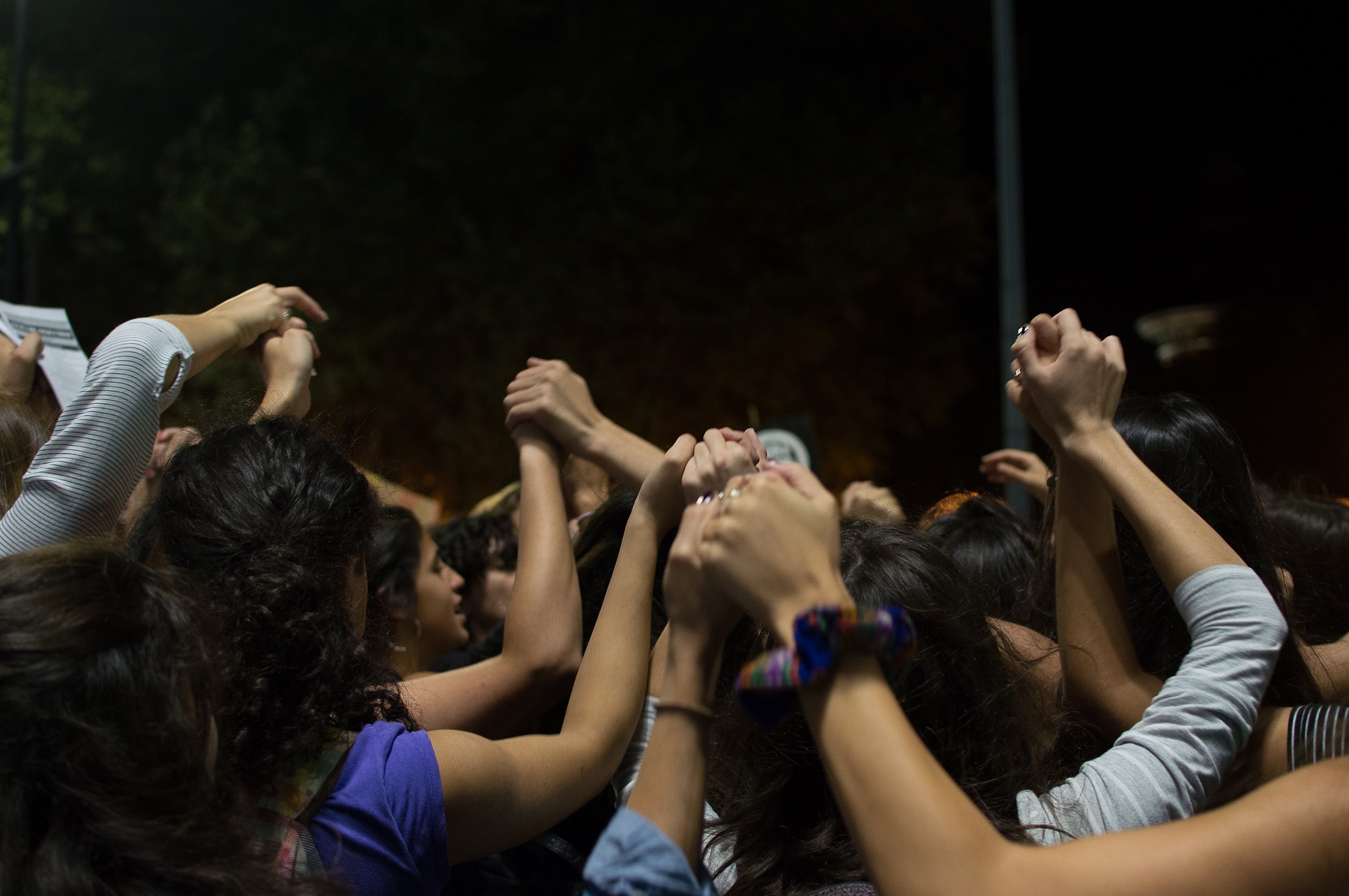 Uruguay has had a leftist government since 2005. The Frente Amplio has led the country with relative success and has enjoyed numerous legal as well as more tangible victories. But the ransacking of common assets, the impunity of crimes committed during the dictatorship, police violence, and the city’s class segregation have yet to end. You could in fact say they’ve gotten worse. Art and science are in a process of brutal commercialization, neoliberal ways of life march on, and classist, nationalist, and punitive conservatism prevails in the guise of common sense. The rich culture of Uruguay’s radical left has been discredited; the muzzled left hasn’t come to its rescue. At the same time, just as South American leftist governments fall like dominoes, our government is veering rightward; the crisis grows palpable.

In times of crisis, things like trauma, doubt, conflict, and weakness (which are always there anyway) come to the fore. We didn’t acknowledge this while the price of soy was high, while Venezuelan petrodollars were flowing and progressive laws kept being passed. Between 2013 and 2016 in Uruguay alone the Marriage Equality Act was ratified, as was the Sexual and Reproductive Health Act that legalized abortion, and cannabis was regulated and legalized. Then the crisis came and we saw that in times of progress and plenty we hadn’t devoted the least bit of energy to thinking about cultural shifts beyond our noses, and other such indicators.

This situation had us (and still has us) perplexed and discouraged. Full of doubt, ambiguity, and frustration, we resolved to create a space whose specific goal was generalized and politicized thought, where we could think calmly and in complex ways within the context and irrespective of our specialized, compartmentalized disciplines. Each person in the collective comes from a different place—from activism to human rights to contemporary art, from student movements to political parties, from the academy to graphic design—and we believe we can leverage more power by discussing a variety of paradigms rather than arguing about each of them separately in the space we’ve been assigned. 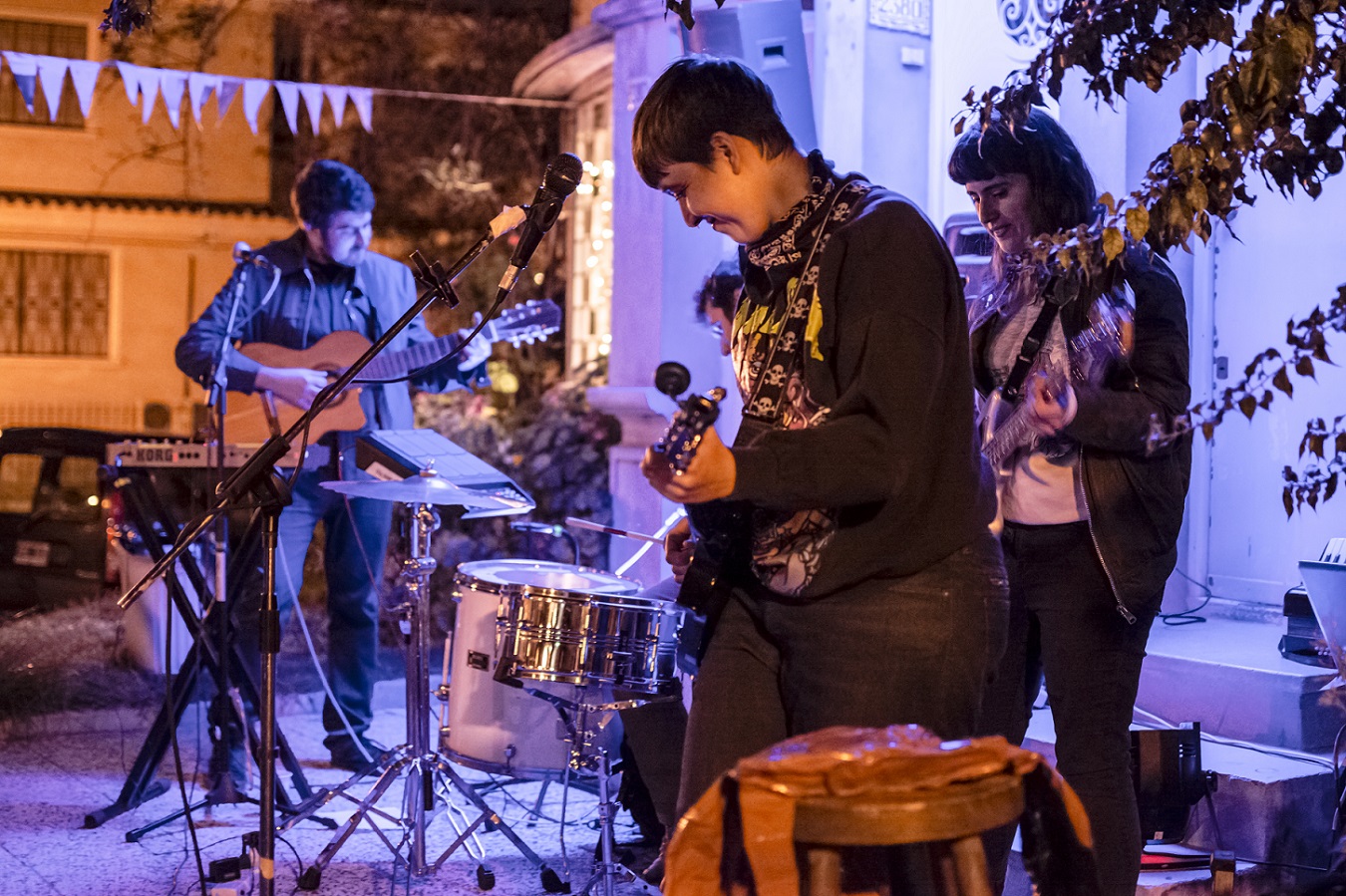 We formed a plan along three lines of action: public talks, classes, and work with social organizations. There were five talks: “culture between autonomy and implication,” “culture between the vanguard and the rear guard,” “culture among forms of production,” “art, community, and ritual,” and “the cultural politics of the Frente Amplio.” The talks were open to the public and anyone who was present was allowed to speak; there were no established moderators. We also organized three classes, a seminar about “political correctness and incorrectness,” and a party.

We didn’t go into these encounters as clean slates: our positions regarding the state, thoughts about the relationship between culture and politics, the place of money and work in art, and whether it’s possible to bet on a long shot and provoke a generational replacement among political system elites—and even if it’s desirable to try, were continually present and in conflict.

These conversations traced out a map of what it means to question different communities, of just how diverse political cultures are, and of how far away we are from reconstructing leftist culture. 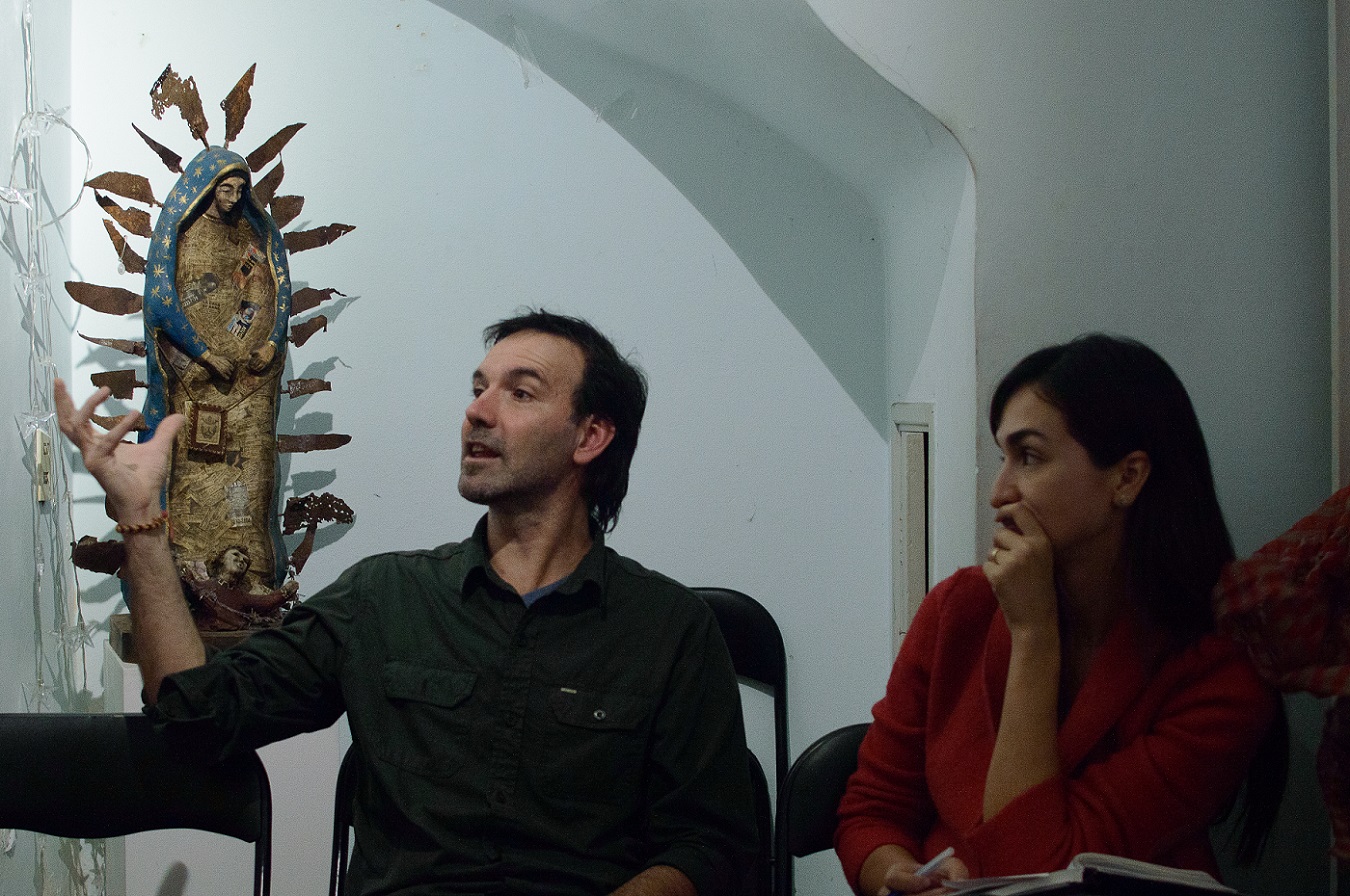 Several months on, we’re digesting these experiments in coexistence, self-criticism, emotional extremes, intellectual confrontations, and other encounters. Comments and notes have emerged from all sides, as have manifestos and questions that would have us remember our desire to keep asking questions without forcing affirmations, to problematize while seeking some certainty, to do it out in the open, and to occupy the mid-point between study group and political organization.

Political theory and social science, in addition to the need to legitimize the left in a world in love with science, have made us learn to think of politics in technical terms. Politics as truth is not, however, the truth of politics: there are utopian, sentimental, affective, historical, and even environmental elements that need to be thought of from the gut, need to be agonized over, need to move through the body and be processed in community.

Just as psychoanalytic subjects need therapy to better cope with themselves and the world, a subject of the left needs therapy in a conflicted, bipolar world, where contradictory demands distort alliances permanently. At entre we propose to explore therapy, improvising along the way, and to share a common space in which we can be vulnerable, knowing we won’t be attacked but that we won’t just be listening to our own reassuring hot air. 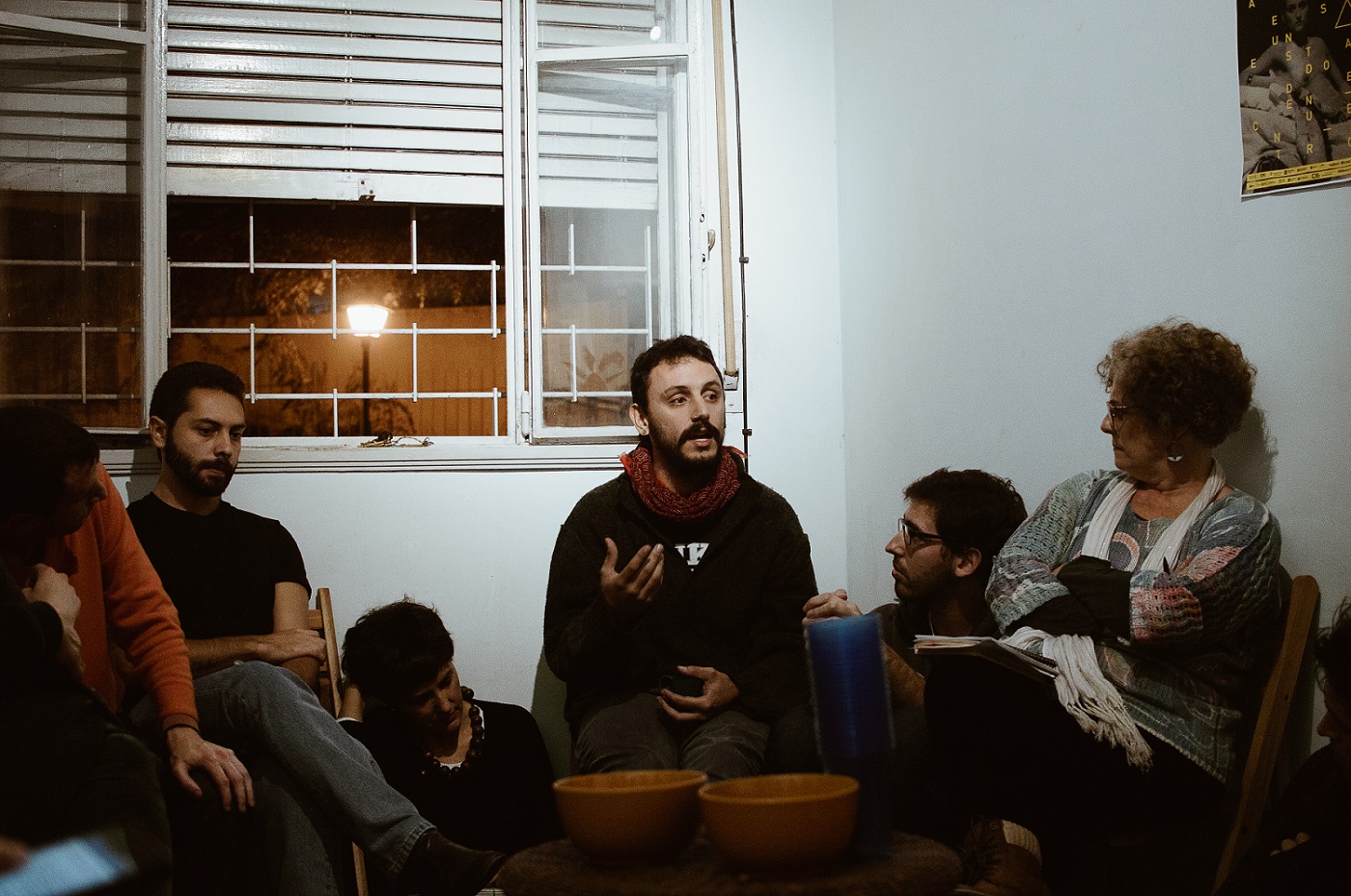 When it’s time to discuss culture and the left, or the culture of the left, it’s clear that generational experiences take on primacy. Those who lived through dictatorship, were traumatized (or relieved) by the fall of the Berlin Wall, were protagonists or are functionaries of the rise of the leftist government have had very distinct experiences from those who did not. These geological layers of the left order and disorder conversations, which are often not what is being talked about in a given moment, but concern about who has the right to be the true narrative voice of leftist culture, now that we don’t even know what that is.

It’s easier to declare in the abstract that you’re after an encounter between paradigms (political, academic, artistic) than to sit down and listen to those paradigms’ representatives. But there you’ll find the possibility of truth, the difficulties of translation, the mutual accusations against plans and strategies.

Thus it was that during our talks we had to contend with the way rock musicians monopolize conversations through charisma and iconoclasm, with an activist who was afraid her strategy would be questioned but who shut up mousy academics, with one conversation’s “kidnapping” as part of the negotiation between social organizations and unions that were thinking about how to intervene in the government’s political culture, and how Frente Amplio supporters in their fifties couldn’t even conceive there might be a left outside the Frente Amplio.

The mechanism of the talks sort of oiled up the hinges that hold us together. The idea was to think, asking ourselves to listen and to answer, to be willing to change places in the process, both ideologically and physically. People paced around, served themselves wine, went outside to smoke, stood up and sat down. Between five and forty people got together in our space the size of a bedroom. In those tight quarters, participant numbers also determined density, smells, sweating, bodies. In contrast to meeting halls or at street happenings, entre meetings squeezed us into a minimal space, smaller than attendees could have imagined.

During the talks, there was a collective rather than individual moderator; the trick was that the one speaking be responsible for passing the mantle to whoever asked. The voice’s frequency, tone, duration, and distribution corresponded to a collective composition in real time. The experiment was a bit like a mockup of politics.

In conversations, we reached quite profound levels of intellectual and emotional exchange, and we still don’t know what to make of this. While young intellectuals argued about contemporary theory, an unassuming older woman recalled her role in the armed struggle of the 1970s. There were rounds of self-criticism in which each pulverized his own discipline, and rounds of proposals in which everyone came up with something that had to be done. Resentments and criticism were leveled at collectives whose militant members were present, and in turn were answered with arguments and complicity. It’s unlikely art and science will stop being afraid of being dominated by politics, or that politics won’t feel misunderstood by the criticism that comes from culture. Yet we saw moments of empathy that surprised those who felt it. 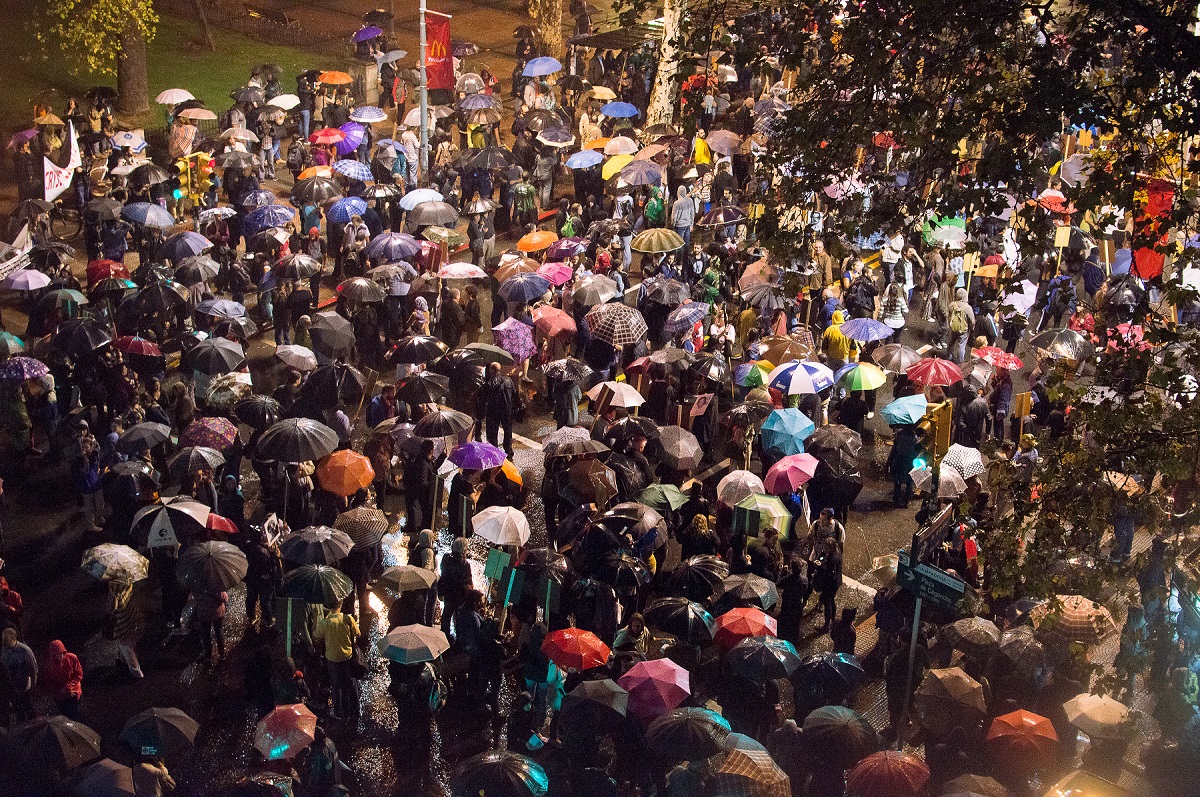 Forming a collective or devising a tactic to pull off a regime-change isn’t our role. We’d prefer to be in a movement that activates and deploys, a reverberation of unknown origin that scatters effects, a space for not knowing, a space free from pre-definition, that has no fear of calling itself out, of having consequences, planning interventions, or ambitiously imagining cultural transformation. That elusive alliance between postmodernity and the left.

Politics itself must learn to think about our body politic’s deep musculature.

To learn about disciplines and techniques like Feldenkrais, transformism, or choreography that let us experiment with how it feels to be “other” in the world. To think from where things happen without losing sight of the horizon that elicits desire in us; and to desire by doing; to feel while thinking. How many words we put together before we solidify the way they’re put together. Let’s play at the collage of our objectives and our means, as we reimagine ways of organizing ourselves. Politics needs art not only to disseminate its thought, but also to produce knowledge that maybe isn’t from this world but might be from those other worlds we want to birth. But art and academia’s self-centered elitism demonstrates how much they need politics, too, need to be desired by the other, to be on the pulse of the times, to fight for something just.

If neither politics centered on technocracy and internal struggles, nor art in its self-referential bubble, nor science in its race to formalize itself and adapt to market standards and standards of excellence is capable of creating transformative thought, then where will it be created? How can we know what has yet to exist?

First, we’ve got to let go of whatever remains from the idea that the left holds sway over culture. Culture is neoliberal. We’re the minority. We’re losing on every level. That’s both alarming and reassuring, because it spurs us to plan a real change.

What’s Left to Learn from Ruins?

It's Not Going to Fall, We're Going to Tear It Down: An Interview with Yolanda Benalba