By Direlia Lazo
Independent curator and writer based in Miami, USA 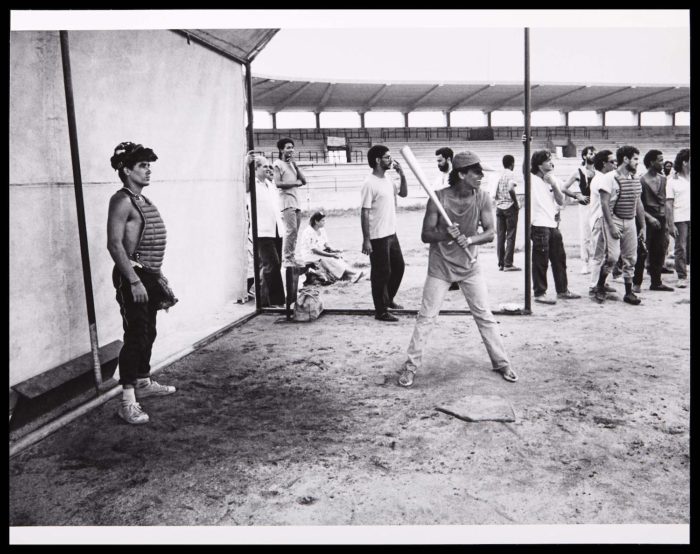 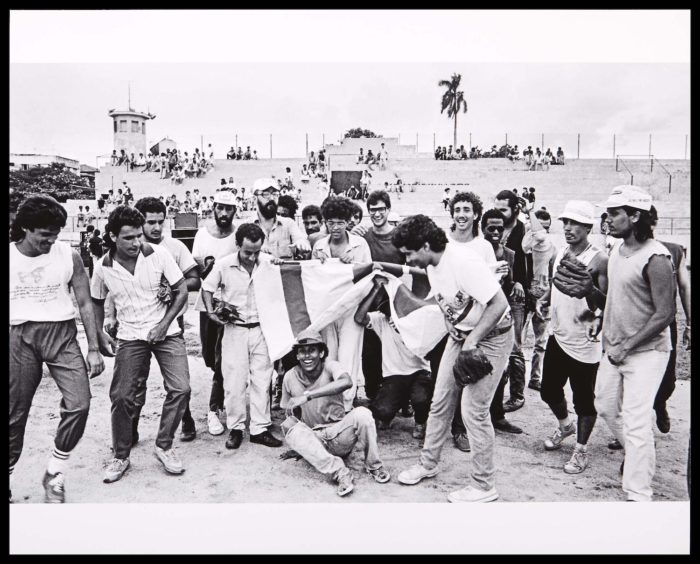 Since they weren’t allowed to exhibit, the Cuban artists took up the ball, at least for a few hours on September 24, 1989.

The trigger was the closure, a few days after its inauguration, of the exhibition Artista melodramático [Melodramatic Artist] (Castillo de la Fuerza, 1989) by artists René Francisco and Eduardo Ponjuán, as a gesture of censorship against aesthetic freedom and artistic expression. After having to reshape the show, taking out works that compromised Fidel Castro’s image that officials understood as a false cult of personality, the exhibition opened its doors again. In response to the tense situation that the country was experiencing, and as an act of protest, the Cuban artists gathered at the Círculo Social Obrero José Antonio Echevarría to play ball, staging what was one of the first insular gestures of relational art. It was clear that the interference of power in the artistic field could only be defeated with a gesture of resounding cynicism, an unexpected change of game, which also meant a watershed for the artistic discourse of Cuban art.

La plástica joven se dedica al béisbol (1989) is one of those acts that others revisit with pride. Because of the pending nine innings, the traditional rules of art were suspended to rehearse a form of institutional insubordination based in the reconfiguration of daily actions, which relegated the power of the object, and emancipated the artistic expression towards the field of the social. 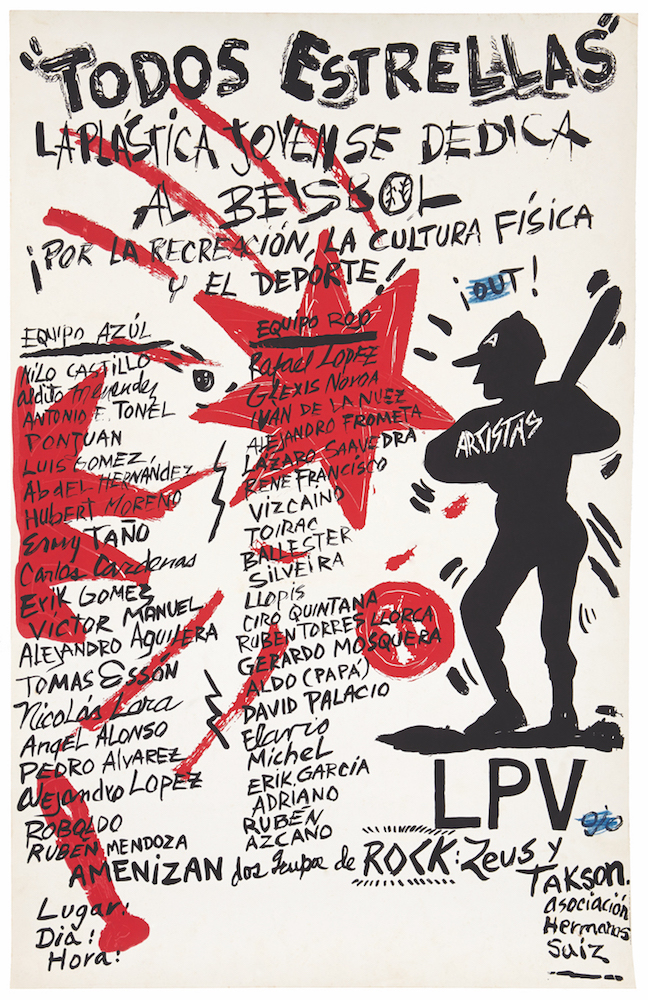 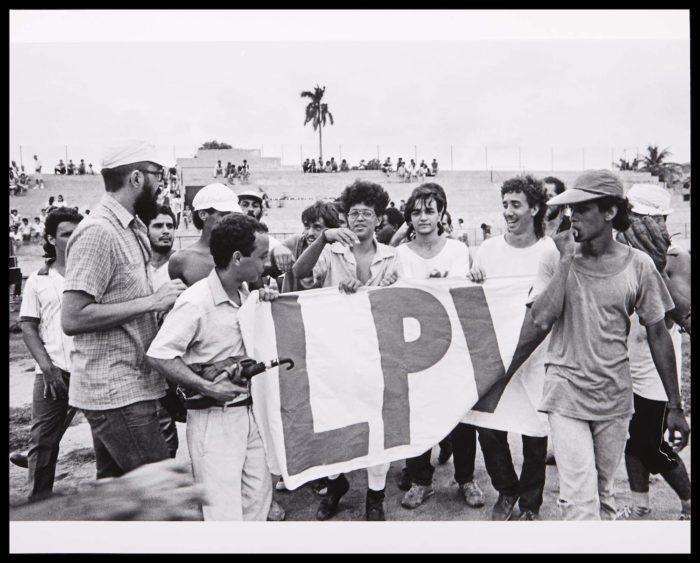 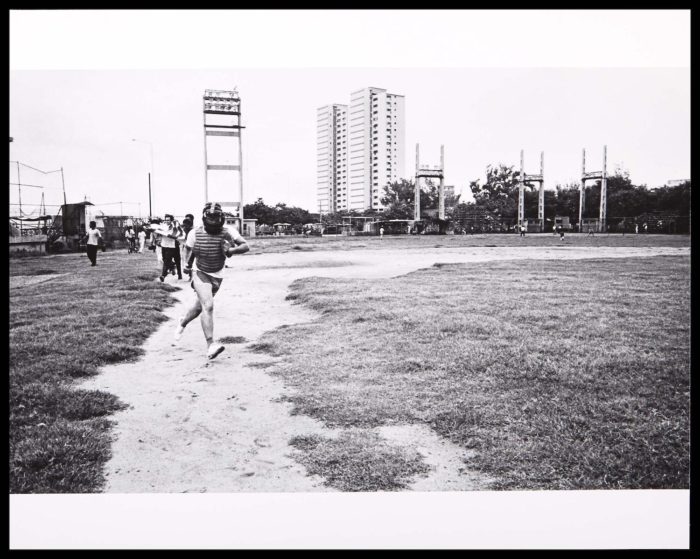 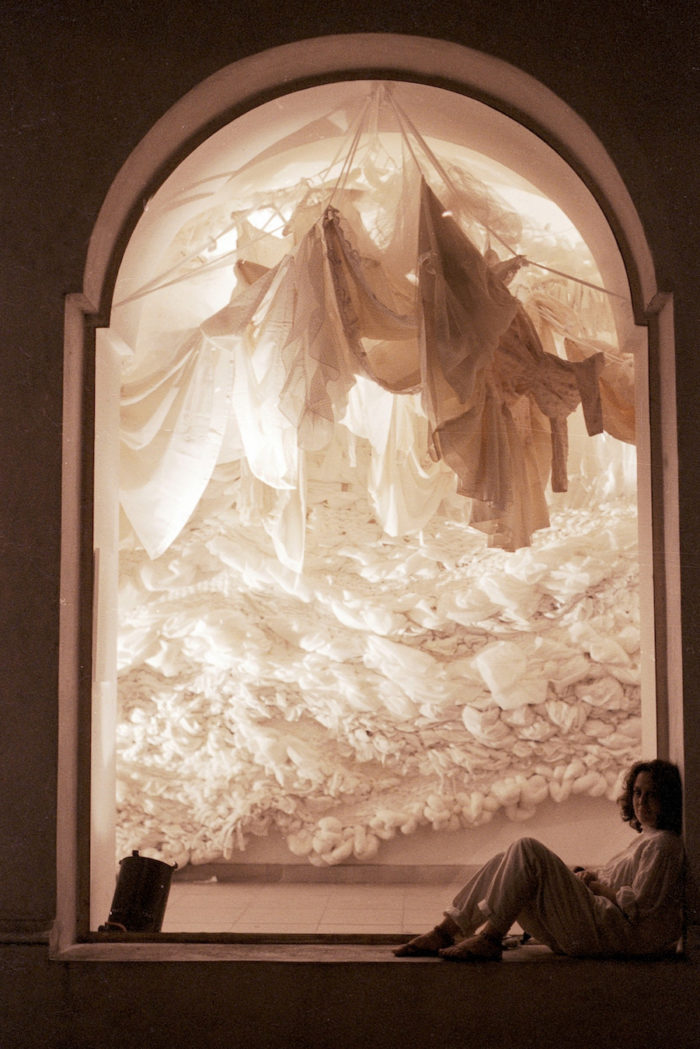 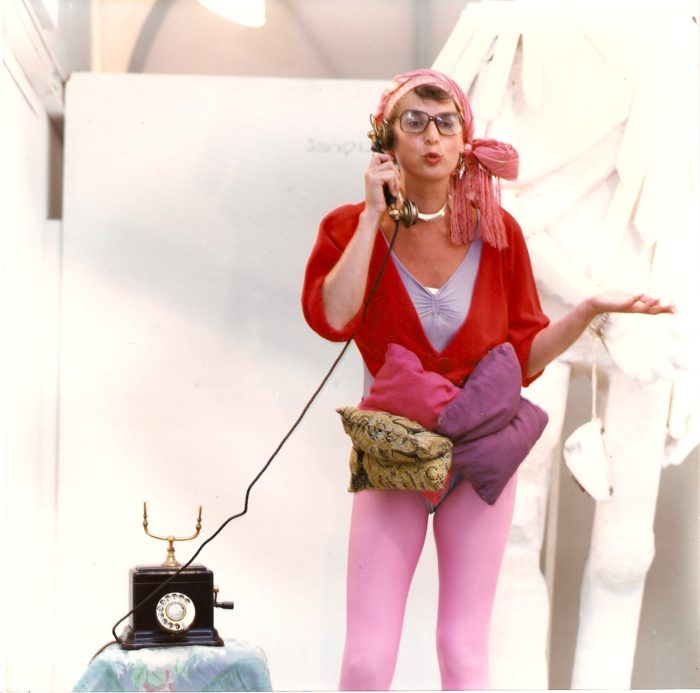 Mitominas were two exhibitions organized by Centro Cultural Recoleta during the eighties. Monique Altschul and a self-organized group of artists organized the first edition in 1986. With ironic twists, artists demystified constructs of women in relation to the domestic and the everyday. Among the participating pieces in this first exhibition were Alicia D’Amico’s photographic series of women’s actions, as well as the piece entitled Y nace una niña y yo la quiero [And a Girl is Born, and I Love Her], in which she depicted a birth symbolized by a doll. The artist Diana Raznovich participated with a reinterpretation of Cronos through the statue of a waiting monster, like a woman waiting to be called and recognized; and Penélope by Nora Correas, an installation made with wedding dresses, tights, and shirts. In 1988, Mitominas II took place focusing on the critique of blood myths, in which male artists also participated.

The researcher María Laura Rosa argues that Mitominas intervened actively in the dominant discourses of the time, filling a critical gap where there was no record of exhibitions—in Buenos Aires—that questioned the discursive constructions and the role of women in the institutional circuit of art. To bring to the present these radical exhibitions is to rescue from oblivion the feminist actions that gave origin to the disputes around the concept of gender in Latin America. 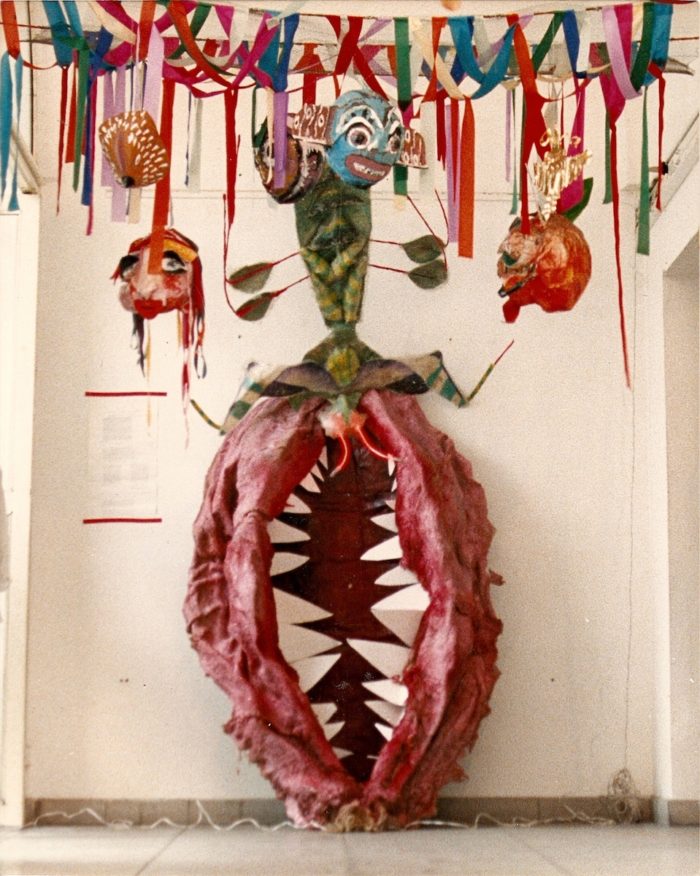 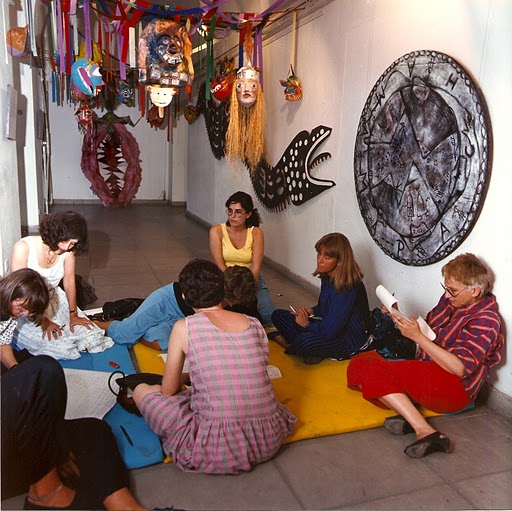 By Marcio Harum
Independent curator and writer based in São Paulo 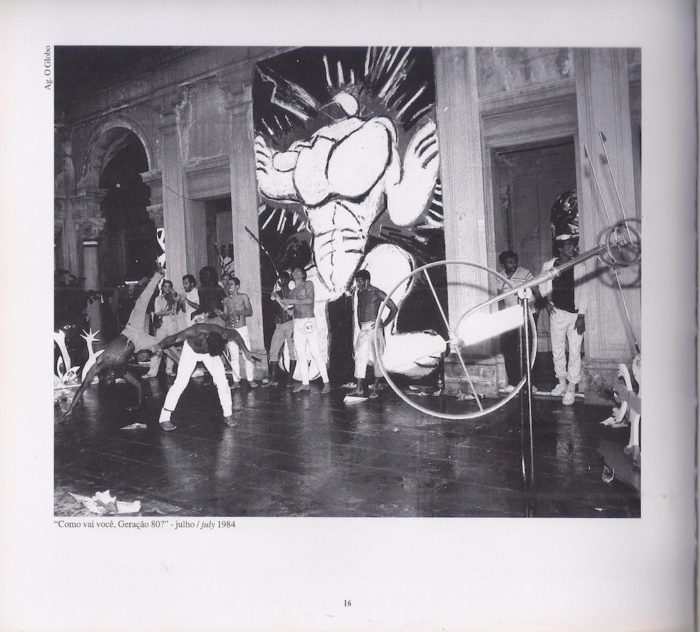 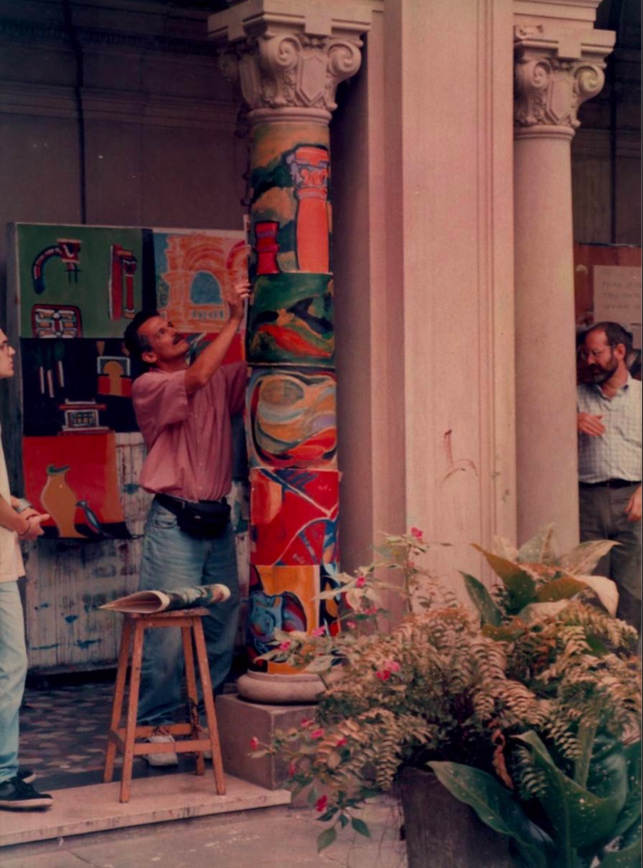 The School of Visual Arts at Parque Lage was founded in 1975 to replace the former Institute of Beaux Arts, with artist Rubens Gerchman (1942-2008) as its first director. In 1984, the school’s coordinators, artist Luiz Aquila (1943) and Marcus Lontra (1954), worked together with Paulo Roberto Leal (1946-1991) and Sandra Magger to organize an enormous show. Using the exhibition spaces and classrooms, they showcased 123 young artists mostly from Rio de Janeiro and São Paulo called Como vai você, Geração 80? [How Are You, Generation 80?]. The moment was one of political opening, and the return of the democracy after a period of 20 years of military dictatorship. The state of mind of art in this period was influenced by post-punk, as well as new-wave, and celebrated with the return to an informal painting in an apparent departure from conceptual and intellectualized art by the resistance movements of the 1970s. The public surpassed the number of 15,000 visitors. A good part of the participants reached artistic recognition, amongst them: Alex Vallauri (1949-1987), Ana Maria Tavares (1958), Barrão (1959), Beatriz Milhazes (1960), Cristina Canale (1961), Daniel Senise (1955), Eduardo Kac (1962), Jorge Guinle (1947-1987), Leda Catunda (1961), Leonilson (1957-1993), Luiz Zerbini (1959), Monica Nador (1955), Ricardo Basbaum (1961), and Sérgio Romagnolo (1957). 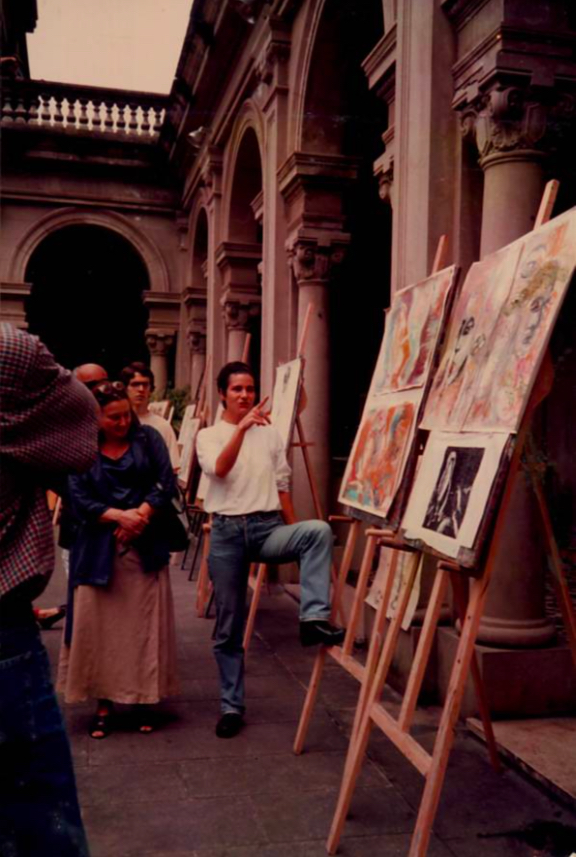 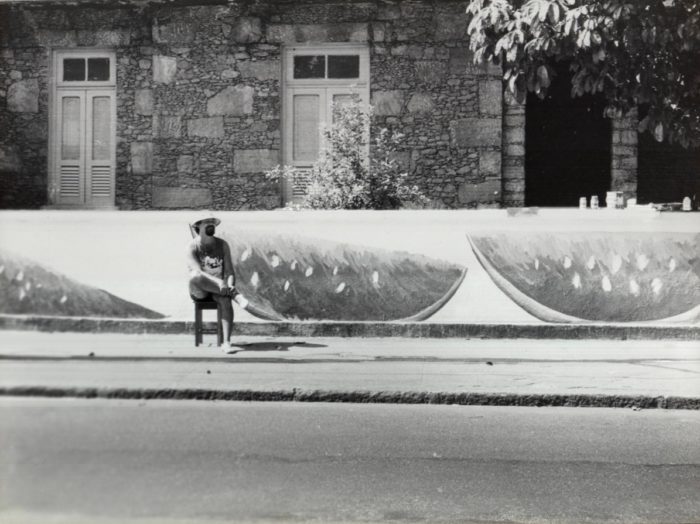 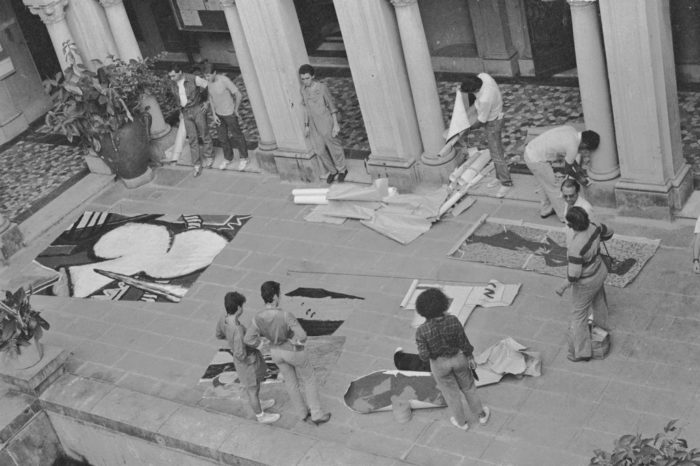 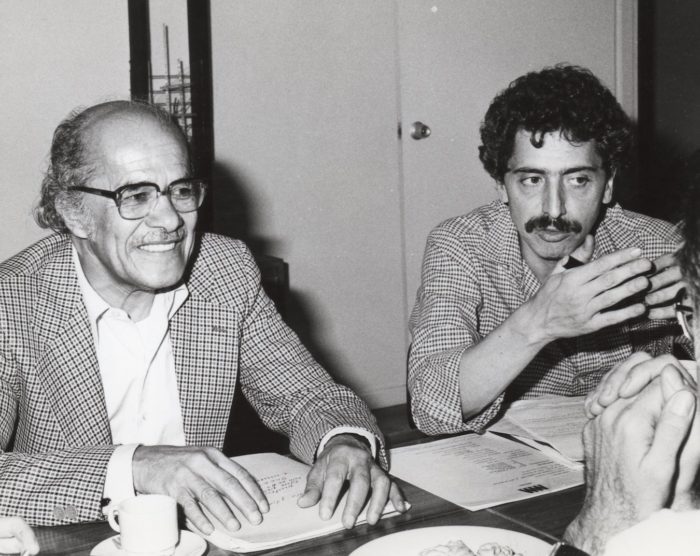 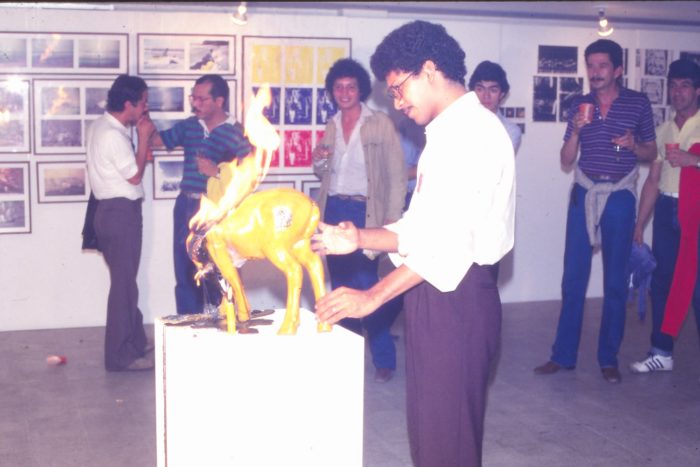 The 1st Latin American Colloquium of Non-Objectual Art and Urban Art held in 1981 was co-organized by the recently founded Museum of Modern Art of Medellin (MAMM) and the Museum of Antioquia, under the conceptual direction of the Peruvian art critic Juan Acha and the curator of the MAMM, Alberto Sierra. It happened parallel to the IV Biennial of Art of Medellin, which received more than 320,000 visitors, 240 artists, and important corporate and state support. Facing this early phenomenon of the growing institutionalization of the biennial format, the Colloquium affirmed the avant-garde legacy of certain practices of that time, promoting an internationalism of ideas and friendships rather than merchandise. Thus, participants such as the Peruvians Teresa Burga and the collective Huayco, the Mexicans Felipe Ehrenberg, Lourdes Grobet, and No-Grupo, the Brazilian Cildo Meireles, the Venezuelan Carlos Zerpa, the Colombian Álvaro Barrios, among others talked during these days about the concept of the “non-objectual”—that which, apparently, has yet to be clarified.

The Colloquium was a mythical event that sprouted the seeds of a relational pre-aesthetic conceptualism inseparable from certain recurring clichés typical of Latin American art. It can be noted that the MAMM wanted to pay homage to this event by organizing the 2nd Non-Objectual Art Colloquium and “Rural” Art in the spring of 2017, with participants such as Ricardo Basbaum from Brazil, Fernando García Dory from Spain, Amalia Pica from Argentina, and Carolina Caycedo from Colombia. 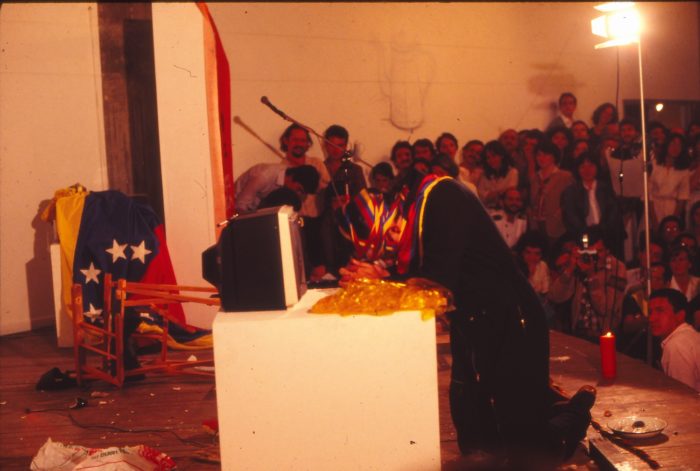 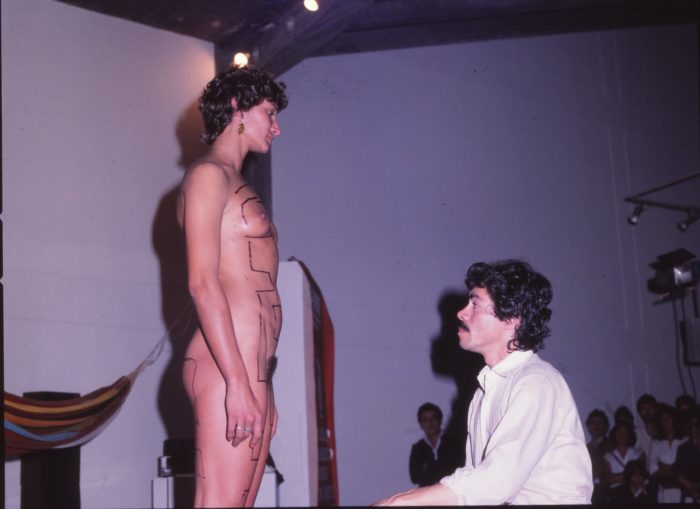 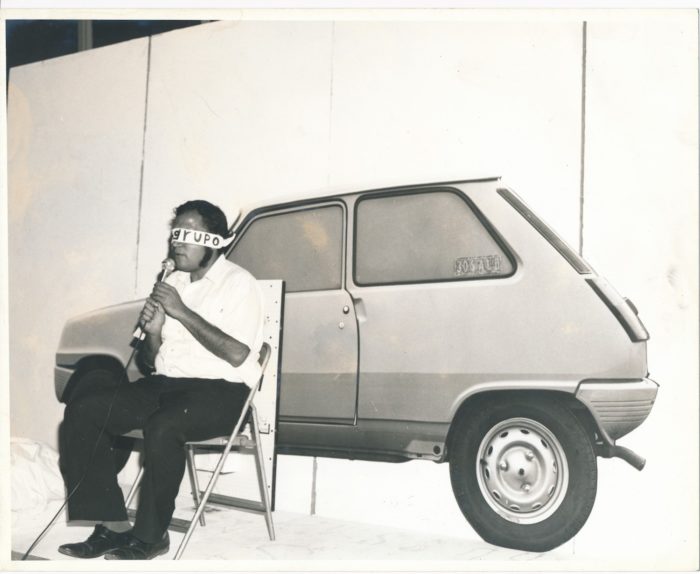 By Matías Allende Contador
Art researcher and curator based in Santiago, Chile

For its historical relevance, its experimentality, and because in Chile you never saw an exhibition with these characteristics until that moment, I would have to say that a very important exhibition is América, no invoco tu nombre en vano [America, I Do Not Invoke Your Name in Vane] of 1970. It was not a romantic exercise, nor a mystification of the political cultural program of the socialist government of the Popular Unity, but a before and after in the national curatorial programs. This exhibition and contest—since it also considered a prize for emerging artists—was organized by the Institute of Extension of Plastic Arts and the Latin American Study Center, both organizations of the University of Chile. The event was named after Canto General (1950), the fifth canto of the continental epic Nobel Prize-winning author Pablo Neruda. In addition to an exhibition with Chilean artists of different ages, trajectories, disciplinary backgrounds, and procedures, a circus tent was installed outside the Museum of Contemporary Art.

In the tent of the Tony Caluga, historical institution of the national circus arts, played bands like the Quilapayún, Cuncumén, and the Parra brothers, in addition to the national ballet and the experimental theater company. All the artistic expressions had a clear Americanist and socialist bias, almost predicting the victory of the socialist Allende just a few months later.América, no invoco tu nombre en vano exhibited pieces that are fundamental to the national imaginary, such as a work titled the same as the event, América, no invoco tu nombre en vano by Gracia Barrios. 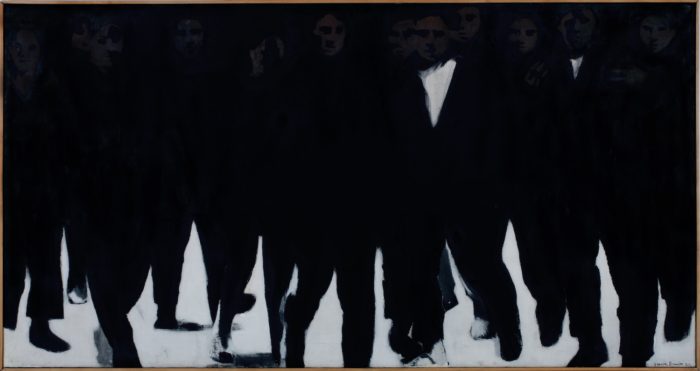 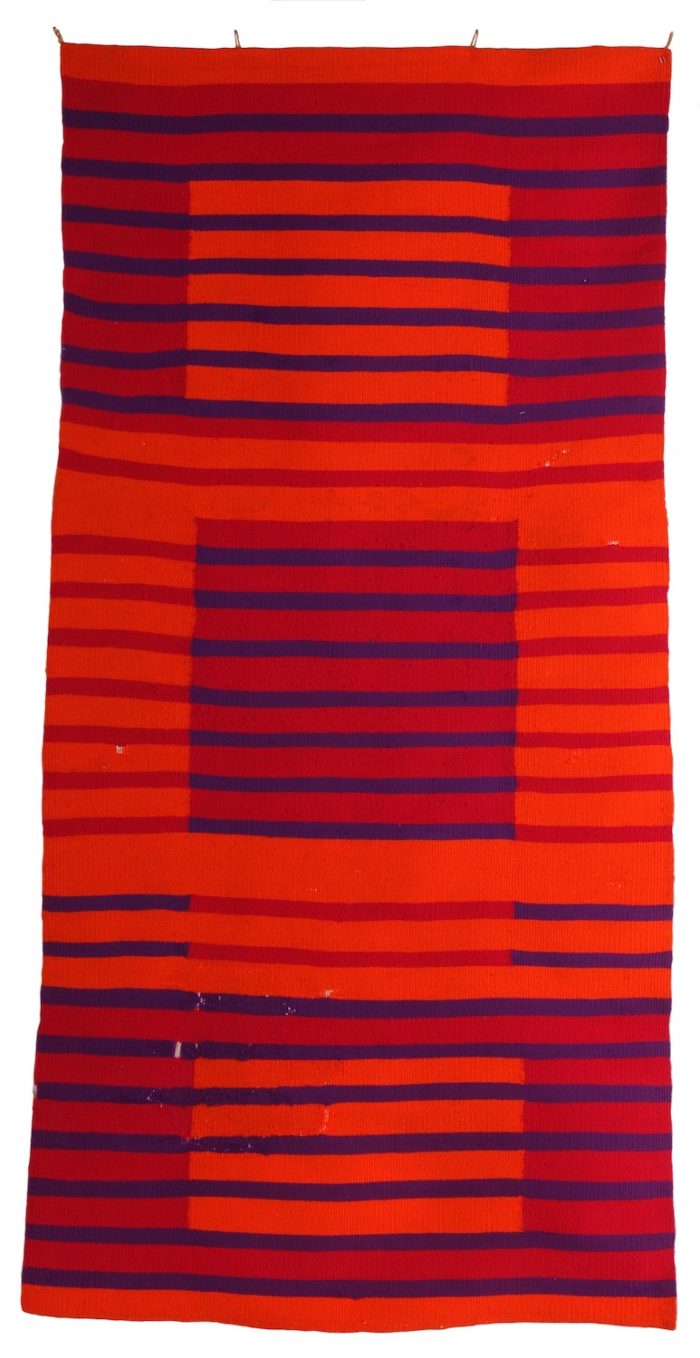