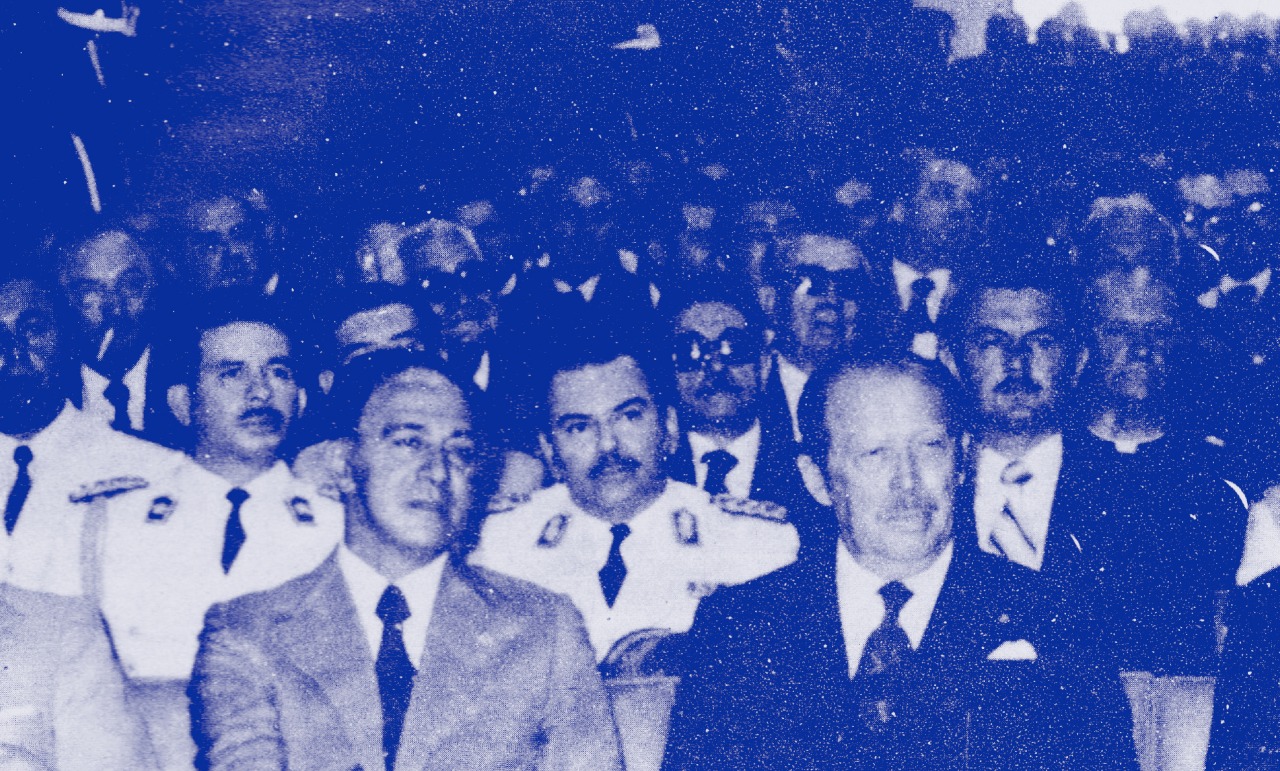 We turn our gaze to 1989. Although secrecy, repression and concealment as patriarchal and imperialist forms of social control precede this era; it is perhaps during this period that they are confirmed and fixed on time until this convulsive present. The dense burden of opacity that gives rise to repression is the same that is articulated to detonate interventions carried out on various Latin American states: operations that imply and explain violent processes against dissidence in the region and that we notice concentrated in Mexico, Guatemala, Nicaragua, Uruguay, Bolivia, Argentina, Brazil and Chile. These processes were the standard for the imposition of neoliberalism.

At this time, numerous paradigms were destabilized, and others came with the intention of never leaving. The fall of the Berlin Wall as a fresh start, meant the victory of the “Free World” over communism, similar to the end of the Cold War, and many milestones in so-called contemporary history. It is within this framework that Réplica magazine appears, whose fascist content nurtured and legitimized multiple policies of moral and racial conservatism, promoted by the governments of Margaret Thatcher and Ronald Regan, to be well received within Latin American policies. Funded by the Universidad Autónoma de Guadalajara (Autonomous University of Guadalajara), this publication operates at the same time as a registry and actuation of fascistoid powers that had been secretly consolidated through international military pacts that circulated in the region.

This display of archival material activates the category of Anticommunist Art —historiographic category theorized by the Centro de Estudios de Arte Anticomunista (Center for Anticommunist Art Studies or CEAA) to identify the broad artistic production, generated from anticommunist policies since the 20th century in Latin America.

For this show, five postal deliveries were sent to Terremoto La Postal (Mexico City), Interior 2.1 (Guadalajara), Centro de Estudios de Cosas Lindas e Inútiles (Center for the Study of Beautiful and Useless Things or CECLI, Santiago de Chile), Centro de Estudios Antifascistas (Center for Antifascist Studies, Buenos Aires) and Josselin Pinto (Guatemala City). Available at these locations, each shipment consists of a box containing a facsimile of Réplica magazine —articulated from 22 articles extracted from different issues of the magazine—, a map that diagrams the transnational anti-communist network around Latin America — led by the World Anti-Communist League and the CIA—, an extract from the book La ultraderecha en México (The Far-Right in Mexico) by Manuel Buendía, a speaker, and a pair of USBs that comprise an audio magazine with readings recorded by different actors in Latin America, as well as an oral instruction to approach these materials. In this way, the CEAA proposes the possibility of playing from the rereading, as a palimpsest that allows us to approach these materials from an unauthorized gaze and listen that, across multiple latitudes, seek to superimpose affective layers before ideologies that annulated what could have been. This is a constellation that weaves an international rumour and focuses on those blind spots within the cultural and paramilitary processes articulated as secrecy strategies which, nevertheless, provide ways of understanding Latin America’s historical future.

Adán Quezada (Mexico City) lives and works in Mexico City. He obtained his Art degree form ENPEG “La Esmeralda”. He investigates and produces art and conversations about cultural processes, ideological constructions, and political projects. Since 2017 he has built an archive and theorized the genealogy of International Anticommunist Art and its links with Latin American historical development. In 2018 he exhibited Arte Anticomunista Mexicano (Mexican Anticommunist Art) at the Sinaloa Art Museum (MASIN), where he presented the Centro de Estudios de Arte Anticomunista (Center for Anticommunist Art Studies), a project in which he works to date. With Sofía Hinojosa, he is a founding member of Operación Hormiga, a collaborative project that produces texts and artistic operations, and has exhibited at Casa del Lago, Cuarto de Máquinas, Centro Cultural Border, and NoAutomático among others; and published in La Tempestad, Caín, Casa del Tiempo Magazine, metafile, Critical Blog, Horizontal, GasTv, Nexos and Arquine. Quezada’s work has been exhibited individually in Mexico City, Oaxaca and Sinaloa and in group shows in Toluca, Monterrey, Paris, Austria and Taiwan.