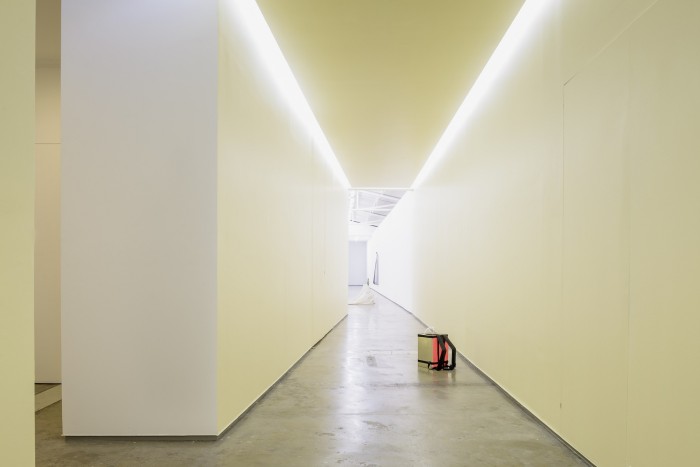 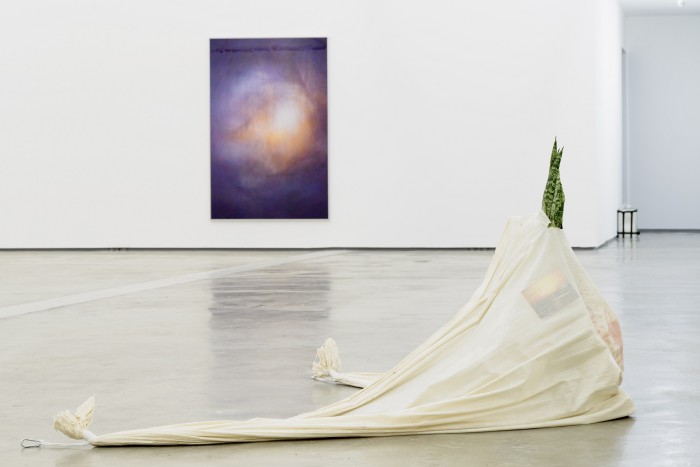 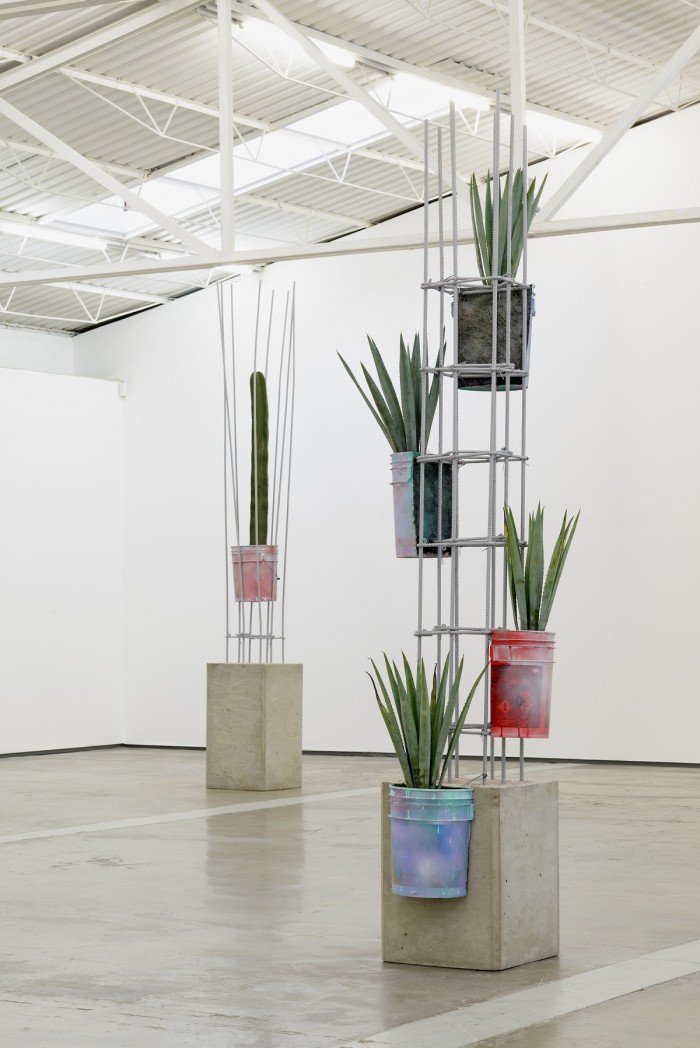 Adrien Missika’s exhibition Zeitgeber will give you time. It will take you into the deep, uncertain time of dark caves and the beige infinity of outer space.

Zeitgeber, German for “time giver”, is a concept describing environmental signs, such as sunset, sunrise and air temperature that synchronize the inner clock of either human or animal to the Earth’s 24-hours and 12 month cycle. Our biological rhythms are thus influenced by such external cues affecting not only our physis but also our psyche. The term was first employed by Jürgen Aschoff —one of the founders of Chronobiology— in the early 1950s when the University of Freiburg —Aschoff’s alma mater— was heavily dominated by Martin Heidegger and his philosophy of Being and Time. Interestingly enough, it was around that same time, that air travel created the phenomenon of jetlag.

The central works in the show are a set of specially designed hammocks, which form a fleet of nomadic biotopes, carrying water, sand, Zen objects, and written records of experiences in altered states. Like ships, they are suspended in the “somewhere“ rather than simply connecting two dots, and resonate with their dynamic and unstable environment.

The photographic works Stargazer are taken while Missika swings in his hammock, searching the sky. They show the repeated attempt at capturing the moon breaking through the clouds and trees. Yet the limited sensitivity of the camera’s digital sensor creates a blurry imagery, which entirely abstracts the original view. What emerge are forays both into the inner workings of digital image objects —showing the imprecision of contemporary photography— and into outer space, reminding us of the Hubble telescope imagery. Missika’s simple photographs could, in all their colorful blurriness, also see distant constellations, like Roy Batty does in Blade Runner: «I’ve… seen things… you people wouldn’t believe. Attack ships on fire off the shoulder of Orion; I watched c-beams glitter in the dark near the Tannhäuser Gate… All those… moments… will be lost, in time, like tears… in… rain. Time… to die».

Missika’s work playfully combines different notions of space and time: the walls of the entrance-corridor are painted in a color called Cosmic Latte, the average color of the universe as determined by a group of scientists in the early 2000s. This work —titled Cappuccino Cosmico— immerses the visitor in the color of deep space, where only telescopes and mathematics reach.

The work Higher Future —concrete columns with their steel nerves sprawling skywards— contemplate architectural and urban temporality and incompleteness. Building regulations in many countries get circumvented by homeowners by leaving the mainstays of their houses unfinished. What may seem like structural decay is actually temporal —and legal— corruption, allowing them to maybe build more floors in the future. Often, however, the inner clock of architecture doesn’t make buildings, but plants and vines grow on them.

In his video Agave Agapé, we witness the artist cutting down the blossoming flower growing from an agave plant, which heralds its imminent death. However by cutting the blossom, it can enter another life cycle. Here the artist is a metronomic Zeitgeber, rhythmically chopping the massive stem with his machete in a cosmic and cosmetic performance.

Missika’s way of positioning himself and us in space creates a similar Eigenzeit, dilated and relative time.