There is no doubt that the XIV FEMSA Biennial was a diverse and complex exercise in which, despite the pandemic circumstances, the region’s sensitivity was manifested through its artists. 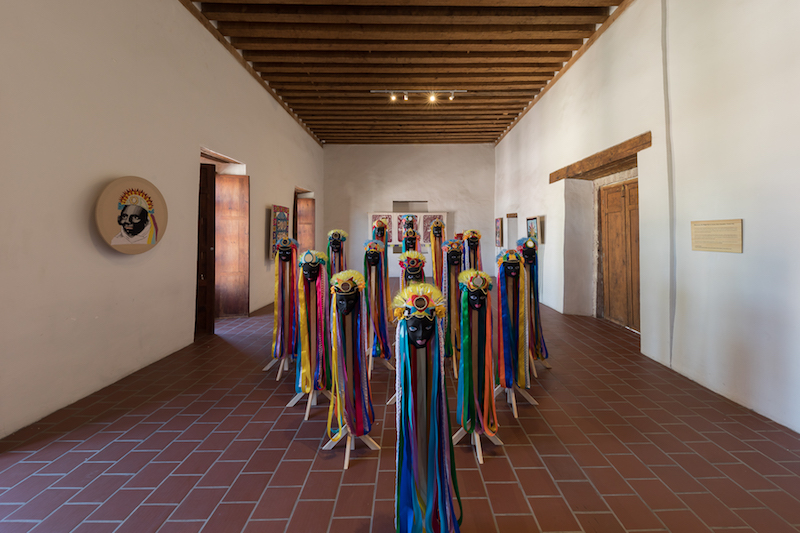 After thirteen editions, the FEMSA Biennial, in its quest to decentralize artistic practices from large cities, decided to use Michoacán its fourteenth venue. For this edition, Inestimable Azar [Inestimable Chance], they opted for a collaborative model with various institutions and cultural agents from several locations in the state of Michoacán, Mexico, in order to contextually connect the dialogues and works that were generated during the first half of the twentieth century with current local discourses and practices, to then connect with the global contemporary art world, in the same way as with the last edition in the city of Zacatecas.

During the second decade of the 2000s, Michoacán was severely hit by narco-violence, the neglect of federal authorities, the absence of justice, and an increase in femicides, as well as land dispossession and exploitation by the avocado industry. It’s in this space where artistic discourses intertwine with the different realities of Michoacán. The year 2020 meant the start of the XIV edition of the biennial, and, at the same time, the emergence of a virus that placed the whole world in isolation, so this review is written from confinement: it presents a perspective from the digitality of the event through the official account of the biennial’s official Inst*gram account, its newsletter and some personal social network accounts of the participating artists. Thus, it will lack the experience of having visited the exhibitions physically. This is a great pretext to reflect on the absence of corporeality in museum spaces in pandemic times, and the performativity of images through the screen.

According to its digital communication, for its recent edition, the biennial developed four programs: curatorial, pedagogical, public art, and editorial. These, in turn, respond to three research topics: realism, plastic integration, and traditional practices. For twelve months, the biennial’s team experimented and opened up to share new museological, pedagogical, and editorial methodologies through an international program built from the willingness to open up to different conditions, encounters, and dialogues that a space like Michoacán offered. 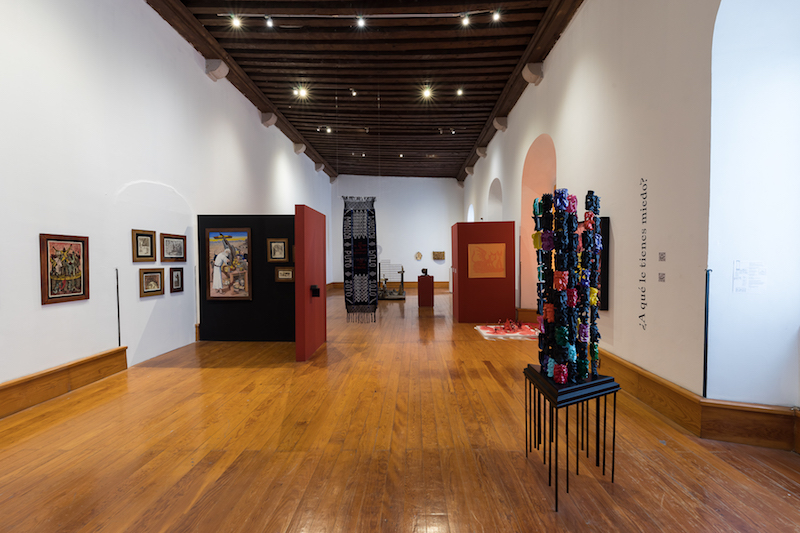 The curatorial program was in charge of five commissioned curators from Michoacán: Francisco Huaroco, Jesús Jiménez, Diego Rodriguez, Erandi Ávalos, and Ángel Pahuamba. To encourage dialogue among local creators, the curators brought together a group of works by emerging artists from Michoacán. In different museum spaces in Morelia and Pátzcuaro, the biennial then proposed to work under the concept of chance as a tool that allowed encounters between artists and collaborators from different contexts with diverse configurations on the interrelation between art and life as it happened almost 100 years ago in the 1930s, where a group of artists were able to coincide and creatively conspire in Michoacán.[1]

What no one saw coming was that the title Inestimable Azar would predict what was about to happen in 2020 and 2021, however, despite the national health situation, the biennial team sought alternatives so that all the exhibitions and curatorial commissions would take place.

In the exhibition by Erandi Ávalos, Mística visión. Reflexiones contemplativas sobre el miedo, la muerte, y el amor [Mystical Vision. Contemplative Reflections On Fear, Death, and Love], in which 24 local artists from Michoacán collaborated, reflected on situations related to the feelings indicated in the title. In the context of Michoacán, two works stand out for me. On the one hand, El camino de mama [Mom’s Journey] by Max Navarrete, which questions the system that leads to the death of many women through the practice of abortion in unsanitary conditions and the fear of legalizing abortion in a conservative society like that of Morelia, an issue that has been on the back burner of the political agenda in Michoacán. And on the other hand, the video La crónica de un secuestro [Chronicles of a Kidnapping] by Juan Pablo Arroyo, which focuses on fear and death as a common occurrence among the population due to insecurity in the state. Love emerges in the resistance and healing of those of us who survive despite the circumstances.

On his part, curator Angel Pahuamba, in the exhibition Realidades y destinos [Realities and Destinies] at the Museo del Estado, teamed up with artists and artisans from various Purhépecha communities and localities of Michoacán to conduct different types of research on the many universes of Michoacán crafts based on the integration and visibility of the figure of women artisans in these practices, who have always been present despite being constantly excluded from the narrative. 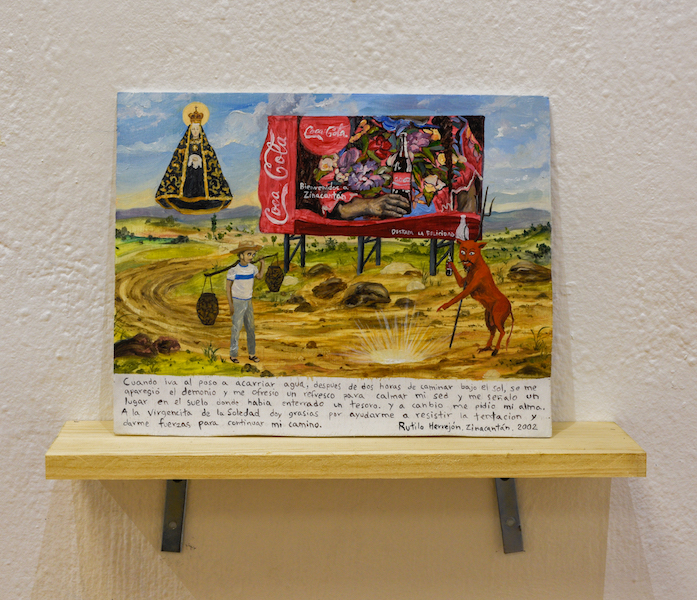 The curatorial guideline in the biennial sought to establish a dialogue between “the modern” and “the popular” through chance. For example, the Museo de Arte Contemporáneo Alfredo Zalce (MACAZ) presented the exhibition curated by Diego Rodriguez, Objetos de lo popular: Mirar a un siglo de distancia [Objects of The Popular: Looking a Century Away], where workshops were held with a group of young artists in order to trace new readings of the popular arts. This can be seen in Mexican curius by Vienres Rosa, whereas a way of “celebrating” the 100th anniversary of the beginning of popular art policies in Mexico, an installation was mounted using plastic objects such as plates, toys, tablecloths, and flowers to question, what is popular art in Mexico after one hundred years after its promotion?

Likewise, we find Salvador Jacobo’s series of ex-votos that explore the diverse historical processes that relate “the modern” and “the popular” based on current issues in a neoliberal context. His ex-votos also question the role of large companies operating in Mexico, such as FEMSA, that promote a discourse of fairer and more horizontal practices. What do these discourses hide through social programs such as a biennial in this case?

Michoacán has paid dearly for the consequences of the capitalist extractivism of transnational corporations. A work that criticizes this issue, also presented at MACAZ, is Débora Delmar’s installation, Where do avocados come from? which takes up the issues of the avocado industry. The installation critically points out that this fruit is no longer only for consumption, but also, with the opening and overexploitation of the market, it is now associated with a series of notions of well-being and lifestyle, which has led it to become an object of desire and at the same time, a cause of pain and violence in Michoacán.

Inestimable Azar, evidences the dialogue between modern and contemporary artists, living together in common spaces as it happens in the house Taller Alfredo Zalce, now open to the public after much pressure, management, and political acts. Jesús Jiménez’s project, Inestimable azar: sueños de piedra y arena [Inestimable Chance: Dreams of Stone and Sand], rearticulated the domestic space inspired by how Zalce’s house looked in old photographs, creating new scenarios where he incorporated works by contemporary artists from Michoacán. Commonly used as offices of the Secretariat of Culture, this fictional exercise sought to imagine: What would the house of artist Alfredo Zalce look like in 2020 if he were still alive and access was allowed to the public? What contemporary artists would be in his collection? 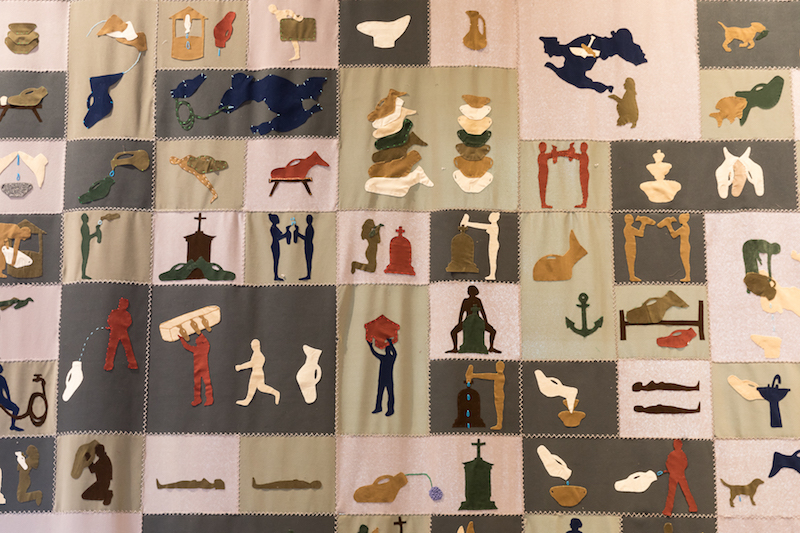 A dialogue with space and the global health circumstance was present in the project Como una pintura nos iremos borrando, como una flor nos iremos secando [Like a Painting We Will Fade Away, Like a Flower We Will Dry Up] by Inés Verdugo. It is a textile made during her confinement, mounted as a tapestry, similar in size to the nationalist and grandiloquent murals made by modern artists that can be found in Patzcuaro, Michoacán. The work then draws a subtle but powerful contrast between the nationalist representation made by the muralists at the beginning of the 20th century based on the everyday life of the indigenous subject and the work of Inés, who one hundred years later depicts her own everyday life as a woman embracing her loneliness confined by a country in crisis in the face of the pandemic.

In Michoacán, the pandemic state for museums was different compared to other entities since many of these spaces, being adapted colonial constructions, have high, ventilated, and spacious rooms, “safe” spaces according to security protocols. However, when the “red light” was announced, museums closed, which complicated the attendance at the exhibitions. What relevance do these projects have in these circumstances when guided visits are reduced and the only safe alternative is to see the works through our screens? Although the FEMSA Biennial did not offer guided tours as part of its digital program, it was pretty active in sharing its activities through social networks.[2]

Technology becomes a mediator; digital images are not simply functional but shape perceptions and experiences around works of art. So, how do these digital images function in the aesthetic experience? 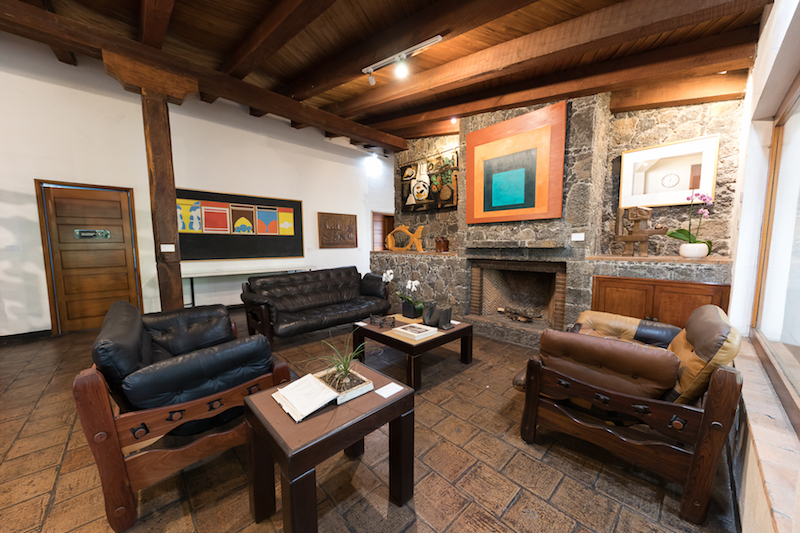 The way we read the world is strongly influenced by our cultural conceptions. The images we see are hermeneutically open and, in phenomenological terms, they are multi-stable. This means that the context of the person holding the screen plays a crucial role in the way meanings are interpreted and acquired. Both the digital environment and works of art contain information created by people (artist) to be read by other people (viewer), an interaction that requires knowledge to be able to interpret them. At one point, the biennial’s digital mediation presupposed that interpreting pictorial information is something inherent to our sociability, ignoring that it is actually a skill that develops over time. Its strategy then changed to understand the photograph of a work of art, not only as a representation of it but as a way to show a different way of interpretation of what is being looked at. In this sense, viewers had the opportunity to re-signify what they saw on their screens.

Through digital media, we have been training ourselves to look with a pluralistic and transcultural gaze. This gaze requires several sociocultural lenses to interpret the various expressions presented to us. Nowadays, it’s possible to see exhibitions with just a few clicks. It could be assumed that technological possibilities provide new ways to treat and interpret images, however, it must be recognized that search engines are not neutral, as they are showing and shaping our way of seeing according to our search history, interactions, and all kinds of data from our digital life. In this biennial, was the aesthetic experience conditioned to the randomness of the algorithm? Is the image on the screen limiting in the sense that it does not allow us to confront the dimensions of the work in relation to our body in space?

As a digital viewer, it is important to mention that my experience of the biennial was fractured, incomplete, and with limited access to information on each of the works that comprised the exhibitions. Digital mediation was really about dissemination and public programs. However, there is no doubt that the XIV FEMSA Biennial was a diverse and complex exercise in which, despite the pandemic circumstances, the region’s sensitivity was manifested through its artists. I, therefore, applaud the effort made by those who insist on carrying it out in a country whose cultural system is extremely battered. We hope that its realization will continue to complexify its own genealogy in relation to the experiences so far carried out.