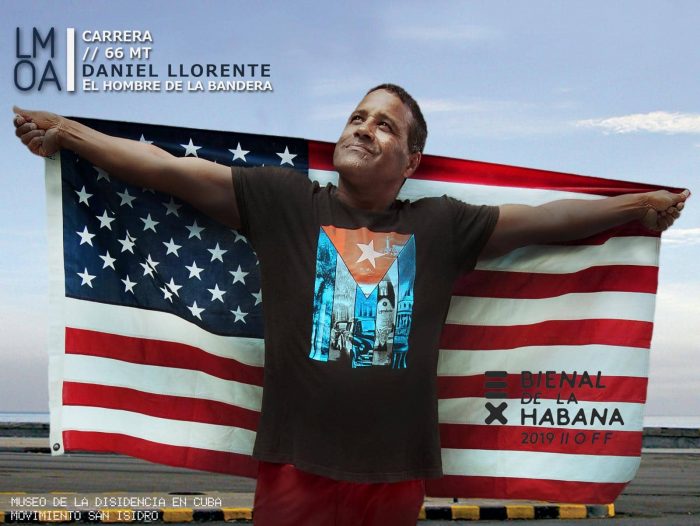 My love, how are you, how are the children,
you asked for 15 days to think and a bunch have gone by.
I worry about you and the kids, finish making up your mind,
your tony. [2]

The Cuban government developed the 13th Havana Biennial at a time that it considered to be the most appropriate. 2018 was a year of important internal events to allow for artistic practices susceptible to harsh, confrontational criticism, in the midst of uncontrolled media coverage. A “presidential election” could threaten the stability of a country too accustomed to the surname “Castro.” In that same year, the Universal Periodic Review (UPR) would also be carried out, through which the United Nations (UN) sought to contribute to the improvement of human rights in all member states. The excuse of the real devastations of Hurricane Irma was instrumental for the government in postponing—without a specific date in that first declaration of September 2017—the expected international event. However, they didn’t believe that the discomfort generated by arbitrary decisions such as these, would lead to an atypical revolt, an increase of the institutional crisis, and a lack of communication between artist and officiality, which for later dates would become insurmountable.

In the eyes of others, 2019 would not seem to be the best context to hold the 13th edition of the Havana Biennial, due to antecedents such as: the execution of the independent event #00Bienal de La Habana; the campaign against Decree 349 held by Cuban artists; the crash of a passenger plane in Santiago de las Vegas and that of a meteorite in the Viñales Valley; as well as the passage of a devastating tornado through the national capital city. However, in this sense, it could be said that it was the right time, not only because it coincided with celebrations for the 500th Anniversary of the founding of the city, or because it could have appeared as a hopeful gesture in light of such urban misery and dispossession caused by a capricious natural disaster linked to unattended architecture; but because the Biennial would force artists to take a stand in relation to the state. It would force them to decide if they were “inside or outside the Revolution.” 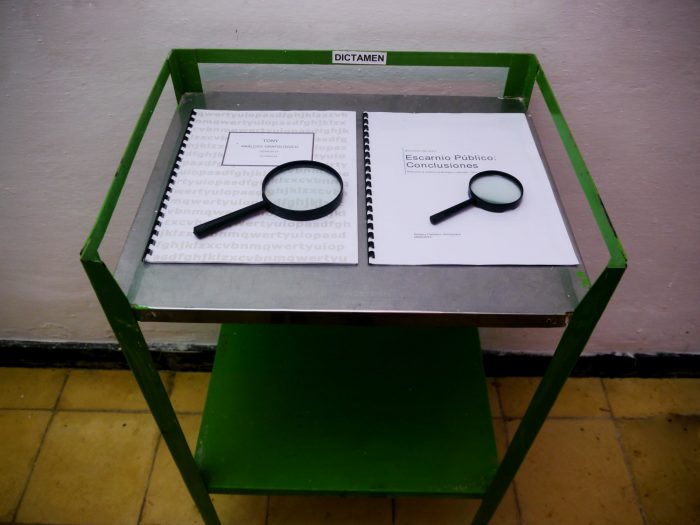 It was in that crossroads where the fickleness of most of Cuban artists reached its heyday. The event brought together recipients of the National Visual Arts Award, such as José Angel Toirac, who had signed the open letter that opposed Decree 349 and who “felt it was his responsibility as an artist not to agree with something that was poorly formulated”. Toirac was part of several projects within the Biennial such as the one held at the Edificio de Arte Cubano of the Museo Nacional de Bellas Artes titled La posibilidad infinita; the collective exhibition Intersecciones at Factoría Habana; and at collateral shows at the Fábrica de Arte Cubano and the Gran Teatro de La Habana Alicia Alonso. Along with him, nine other National Award recipients were at the macro-event. Maybe the most plausible solution for all detractors of the 349 was not to be absent from the 13th Biennial, as Tania Bruguera decided to do—even though she was not officially invited—but perhaps a gesture of protest would have been coherent, within those same spaces to which they were invited.

Stripped of all innocence and with an already annihilated utopia, it cannot be denied that beyond the intention of making visible art in Latin America and the Caribbean, Asia, Africa, and the Middle East, the Havana Biennial, founded in 1984 “was part of the strategy of the Cuban government to organize all kinds of international events in all areas, with the objective of promoting its political messianism and the construction of a good image.” Today, this leit motive has not varied.

This certainty—tied to the refusal of the Ministry of Culture to repeal 349, as the main demand of artists, producers, activists, journalists, and curators, as well as the dismissal of an open dialogue on the country’s cultural policy with all those interested—led to a call from some of the people involved in the campaign: “We call all artists who have been officially invited to the 13th Havana Biennial to collaborate in this event, as a gesture of solidarity, with Cuban creators and intellectuals who are vulnerable to Decree 349.” 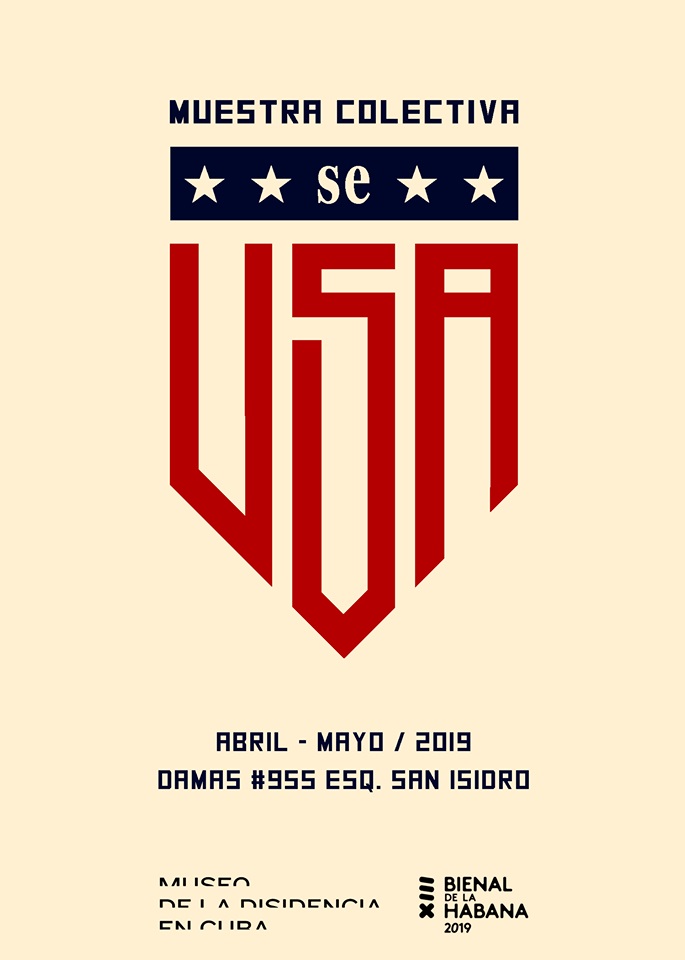 Although the announcement was made in January 2019, and social media and independent newspapers were used as promotional channels, as well as the fact that all guests were directly written to, the gesture of solidarity was never manifested. During the event, the political tension was covered by the urgent need to commercialize, distribute business cards, and to be seen in order to network and increase one’s value in the market. After all, the Biennial is the greatest moment of interaction among cultural tourists: gallerists, collectionists, commissaries, and artists.

The artists of the patio had their open studios; those who had the chance to be part of five or six official or collateral exhibits at the same time, naturally did so. Like a dejavú, the Kcho Regata was seen once again; the same one that premiered in 1994 during the 5th Havana Biennial, predicting in some way the “Maleconazo” and the “rafter crisis,” which took place months after on the island. A journalist commented that the “Havana (of the nineties) looked like a city of frigates.” Today, the capital shines another landscape. The Cuban migratory phenomenon uses land, and not the sea, to access the same American dream. Cubans travel to third countries from there, to climb jungles and dangerous frontiers, which will allow them to fulfill their objectives. In this “new” edition of the Regata, the artist is not interested in representing this timeliness. His hostile fidelity to the government prevents him from reacting honestly.

In the theme park, Detrás del Muro, a “curatorial” project by Juanito Delgado arrives thanks to the third edition of the Biennial. There, the audience walked by taking selfies with some glassy abstraction; or they let themselves be blindfolded in order to experiment with different textures—Mirar sin ver by Marcos Lutyens (EUA)—; or they let themselves be drenched with fresh water hoses—Transfusión by Arles del Río (Cuba)—; or they pretended to smile during Roberto Fabelo Hung’s performance (Cuba), Plañideras que ríen. Meanwhile, those considered by the government as “non-artists” or “intruders” were arbitrarily arrested, interrogated, and threatened, as was the case of Luis Manuel Otero Alcántara—before and after carrying out their work, Se USA, Homenaje a Daniel Llorente—, Amaury Pacheco and Michel Matos. Under the same logic, rapper Maykel Obsorbo was sentenced to one year and six months in prison, and musician Pupito Ensy continued to be detained in the Valle Grande prison, without a trial date. Likewise, curator and artist Coco Fusco was denied entry to Cuba, and Mexican artists Jesús Benítez and Ximena Luna were banned from the country because of their work Impulso, a two-person exhibition at the Museo de la  Disidencia in Cuba. The exhibition, although not critical about the Cuban government, but rather analytic about the level of public reception of a work of art, was attacked because it took place in an independent space marked by the stigma of being counterrevolutionary. 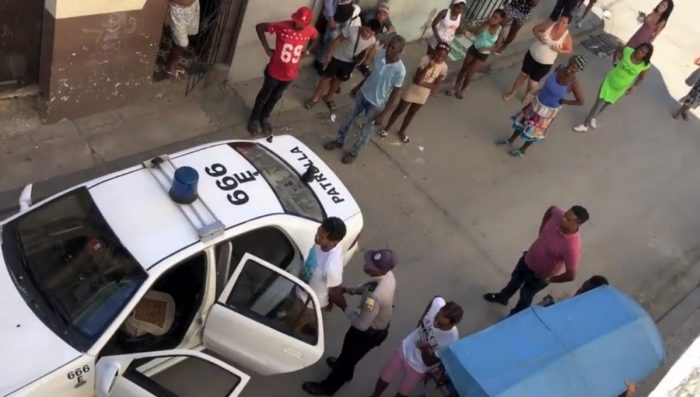 With this panorama, “the sense of treasuring horrors” would have been perhaps the best curatorial theme of the recently concluded 13th Havana Biennial. This expression, titled after the personal exhibition of the artist Amaury Pacheco in the independent project El Bloque del Este, located in Alamar, sought to satirize the pejorative actions that the political police employ against anyone who bothers them, and to reverse their negative connotations. Pacheco led this intervention from metaphorical gestures, such as graphological analysis of the note found in his home, signed by a supposed lover of his wife (and that serves as an exergue to this text); the compilation of audios of “acts of repudiation” from the eighties to the present, made available to the public through sound installations; and the portrait of his family with whom he poses in front of the painted El tarrú de Amaury with an unprejudiced gesture, considering the dominant machismo present in the island.

According to Juan Orlando Pérez, collaborator to the digital magazine El Estornudo, “the State in Cuba first degraded the nation, and then annihilated it thoroughly. The state grew to be a hundred times larger than the nation, and there was no room for the two in that piece of country.” While this statement contains a lot of truth, it is important to emphasize that if the specific foci or resistance movements that emerge within the island are not supported by Cuban and foreign artists and intellectuals, the “construction of the possible” will remain there: a hollow and malleable phrase, like a corpse. A “laboratory of ideas,” like the one that Wilfredo Prieto intends to build in his studio Chullima—an old shipyard located near the Almendares River, in Havana—has no future if in order to be carried out it must be cynically agreed to with a repressive institution. We have to worry about the countless accidents that are observed each day on national roads, due to their deterioration, to later go on an infinite journey.

It is worth questioning the need of a Biennial in Cuba, which acts as an art fair, and which simulates a spiritual and/or conceptual exchange. However, distancing ourselves from this outdated and cynical biennial model does not repair the intrinsic social and political damage of the system. The true power of Cuban culture lies in its alternative and independent platforms—Espacio Aglutinador, Movimiento Omni Zona Franca, Rotilla Festival, Endless Poetry Festival, Estudio Yo soy el que soy, El Oficio, Riera Estudio, Museo de la Disidencia in Cuba, Instituto de Artivismo Hannah Arendt, among others—where there are unreserved meetings around activism, collaboration, and the search for creative freedoms.

[2] Note found by the actress and activist Iris Ruiz and her husband, the artist Amaury Pacheco, in their residence on the Reparto de Almar, when they returned from a trip through Argentina, Chile and Mexico, where they denounced along with other artists the damages of Decree 349. Along with the note, there was also a graffiti on the exterior wall of his house where it read “El tarrú de Amaury”. Both gestures are actions that State Security constantly performs to the detriment of opponents, activists and protest artists.