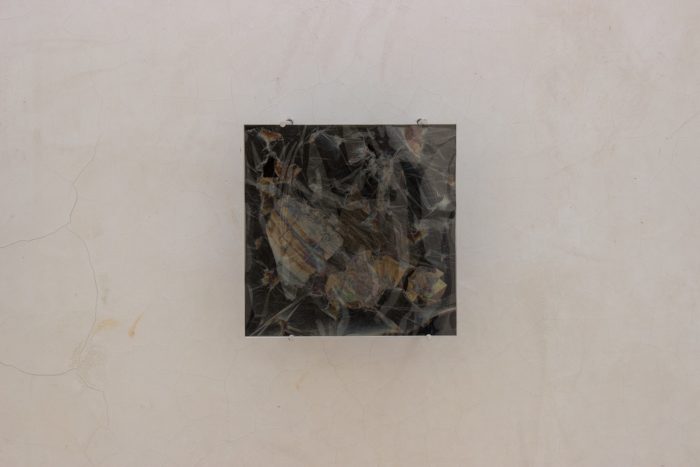 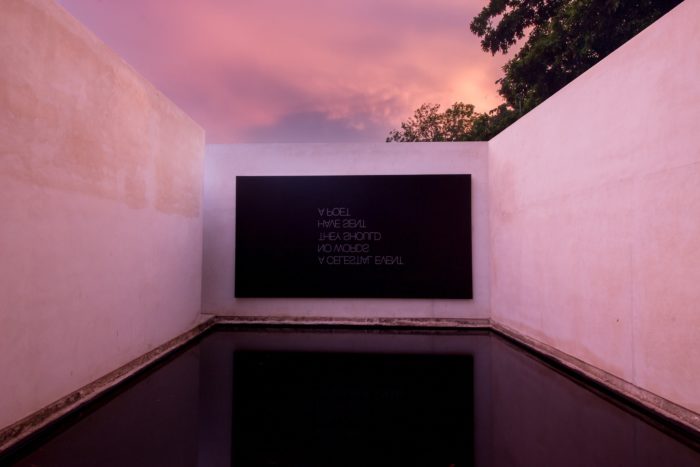 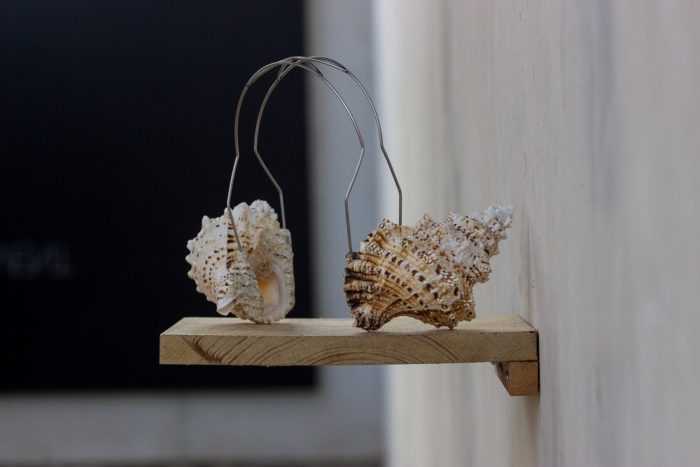 The two chapters of François Bucher’s exhibition at joségarcía, mx — mérida belong to the series Contact, an ongoing body of works inspired on Carl Sagan’s famous novel and on the cult film that goes by the same name. The title for the show comes from the utterance of the novel’s heroine, Ellie, after she has gone through a wormhole that led her to the star Vega on her path to her appointment with the “Absolute other”. The novel tells the story of an extraterrestrial intelligence that has established contact with the human race, Ellie has been chosen as our civilization’s representative. Just before the encounter, she pronounces these words: Some celestial event. No words to describe it. They should have sent a poet.

The first chapter of the exhibition seeks to express the poetry in Athanasius Kircher’s combinatorial diagrams (XVII Century), broadly considered as precursors to modern computers. In Bucher’s intervention, a combinatorial diagram is superimposed with the open skies of Yucatan. Kircher’s diagrams express a world of hyperlinks where each atom in the Universe is linked with everything else, suggesting an infinite sphere that is holographic and fractal in nature. This same idea hovers throughout Jorge Luis Borges’ oeuvre. Notably, in The Garden of Forking Paths, which could be seen as a literary illustration of Kircher’s intuitions. In that story, someone is murdered in a faraway place so that the news of the murder will make it to the first page of international newspapers, and serve as an encrypted message to be read by the executors of a military operation who await the order to attack, in another land.

The main companion to this site-specific work, is a discrete audio piece in which the recordings from the last minutes of Facundo Cabral’s last concert in Guatemala in 2011, are resampled so that they resemble waves coming from beyond the veil. This recording took place a couple of hours before he was assassinated by a twist of fate. The businessman who had invited Cabral to give the concert in Guatemala survived the assassination attempt unscathed although the bullets had been aimed at him; in an alternative timeline that should have been the night of his death. Cabral speaks about his entire life, as if it was already being told from the other side. He also speaks of his endearing friendship with Borges. His last words on stage are, for your beautiful world, thank you Lord, and he then puts down his guitar and walks towards his destiny.

The second chapter of the exhibition focuses on the nature of the message received at the time of the Human race’s contact with its “Absolute Other”. Bucher is specifically interested in the multiple levels of the message that is multidimensional in nature, a sort of palimpsest. Accordingly, the Law says that it can always be decoded further. Therefore, on a deeper level of the code there is a binary message that is encoded in the phenomenon of polarization itself. This phenomenon is taken to task in the exhibition and its connotations are mobilized further. It is as though the meaning of the transmission from another time-space would be shedding its veils one step at a time.

The heroin of the novel will come in contact with further levels of this same principle when she is told, by the incarnation of the “Absolute Other” that there are megastructures in the Universe, created by a yet more advanced Intelligence that left messages embedded inside transcendental and/or irrational numbers. The number Pi is one of those numbers, as well as the number Phi or Golden Ratio.

Talking Back to Power: Tania Bruguera at YBCA, San Francisco