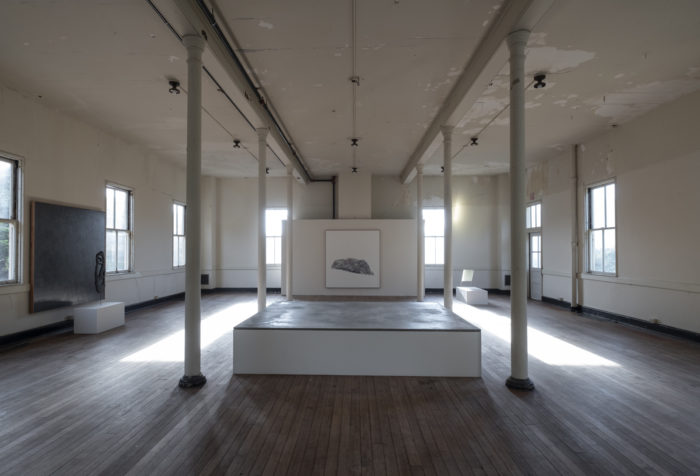 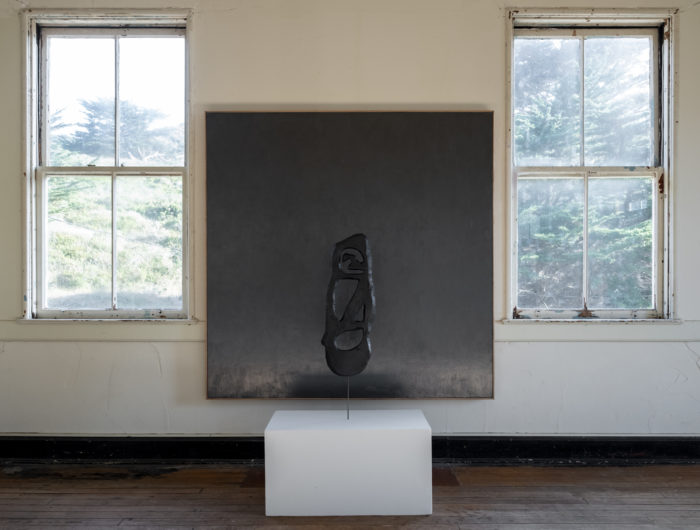 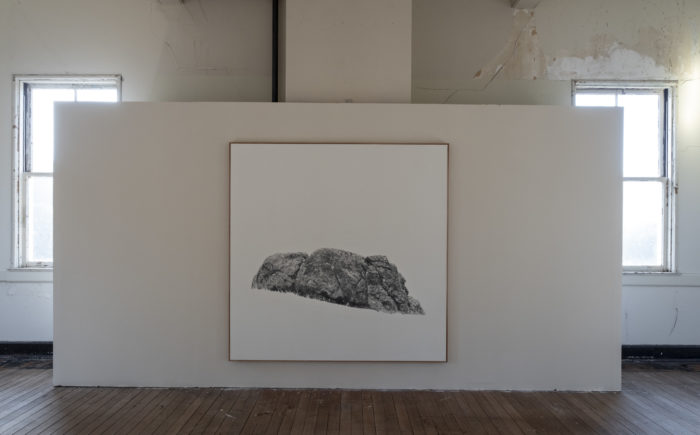 Known for work that mines linguistics and history, Los Angeles–based Artist in Residence Gala Porras-Kim creates formally beautiful, conceptually rigorous projects, often inventing new forms based on fragments of ancient artifacts. While in residence at Headlands Center for the Arts, Porras-Kim has been investigating ancient methodologies of decay and documentation, bringing relief to their residual resonance, even as they are incomplete, mysterious, and forgotten.

Porras-Kim’s exhibition in her Project Space studio at Headlands features explorations from three distinct yet related inquiries. First, influenced by the planning of ancient Latin American cities that were built in relation to the arc of the sun, she has designed a sculpture that is activated by the environmental stimulus, specifically the light of the sun (Archimedes Death Ray). The object is only fully realized in moments of temporary synchronicity.

Next, she has created experimental sculptures built to decay, using ancient methods of intentional demolition. Untitled (Efflorescence) infuses a concrete slab with salt that will eventually break down the concrete bonds, while Untitled (Water Erosion) uses water to wear a hole in a hunk of alabaster stone.

Finally, Porras-Kim has interpreted ancient glyphs, interpreting their forms and examining documentation methods and tools. Mesoamerican Negative Space 4 includes a large scale, graphite drawing influenced by Mesoamerican obsidian mirrors and a sculptural rendering of an ancient glyph. Another large-scale drawing, Ring Mountain PCNs documents 5,000-year-old drawings made by members of the Coast Miwok on Ring Mountain in Marin County, where Headlands is located.