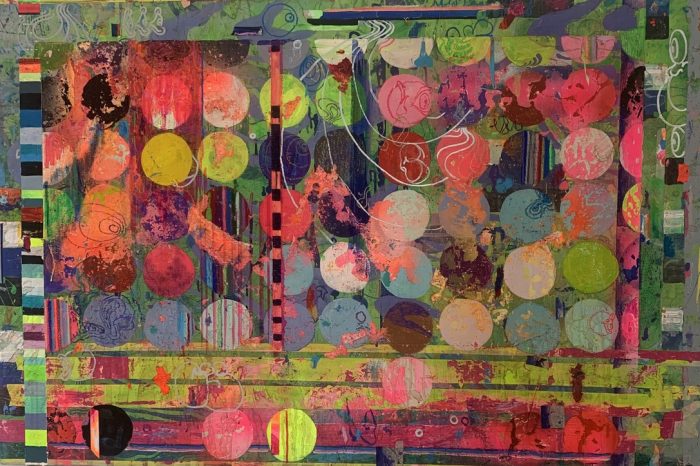 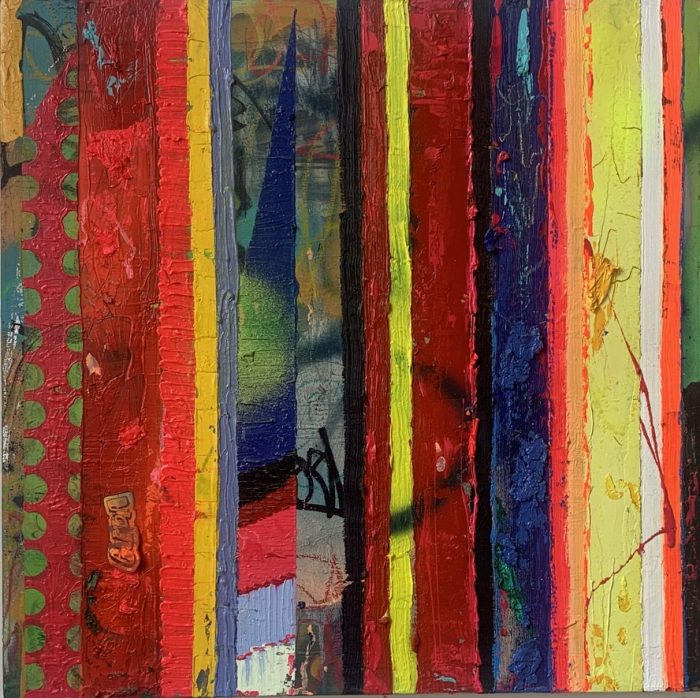 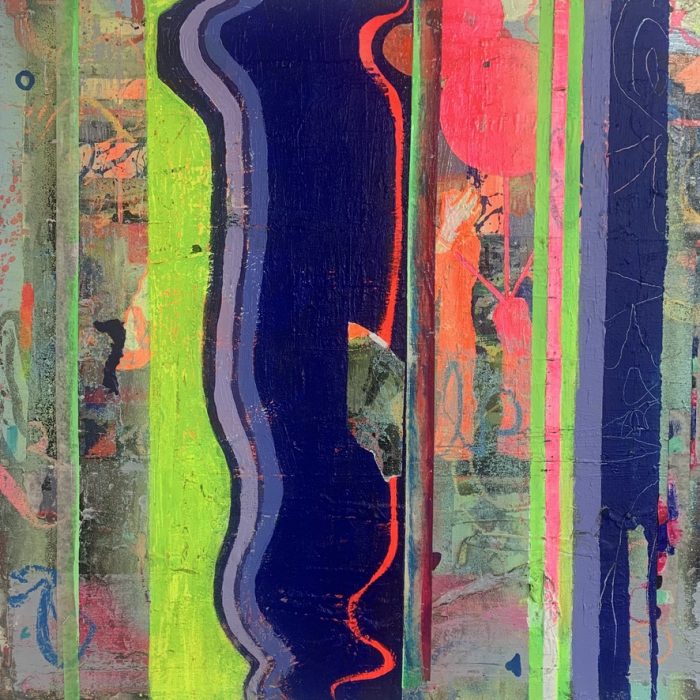 Synthesis, exploration, glitch images, street art, colors generated by light-screen, platforms, variables… With these terms, Foreman (Marcos Gozález), builds the theoretical scaffolding of his creations. In front of us, we have paintings, small, medium and large format, a body of 45 works under the title of all things must be named. Finding your own voice in any artistic expression can be—on occasions—an arduous path, undermined by our own desire for creation. The Foreman has been known as a painter, the urban environment, has always been the detonator of his productions. With these elements that would seem limited enough, Foreman has been building his path as an artist. Over time, however, the options and possibilities have multiplied in an opening that seemed to admit almost everything under the concept of street art.

The All things must be named exhibition that Foreman now presents, represents in my view, a significant evolution, guided by listening to his own voice. The expansive recurring painting in his works seems to be restrained to concentrate with greater freedom on purely pictorial exercises in which he ventures with a jump without a protective net. If our artist had accustomed us to touching a multiplicity of registers both narrative and of recognition in his allusions to urban tribal cultures, the Foreman now limits his evident erudition by choosing the sign and the movement in a more abstract proposal and in this sense more open to interpretation. Urban Kandisnsky, Foreman creates and recreates sensations and experiences, from small compositions full of strength and presence where matter seems to flow with speed adding actions in a saturation process ordered by the rhythms that the shape-color determines.

Small formats, launching platforms in progressive growth then decrease again looking for its variables in a continuous swing. Street-inspired painting, electric painting and instantaneous energy, Foreman seems to find his voice in these abstractions, the road looks promising and in that sense it deserves to be named.

Estudio Marte serves as a laboratory, in which artists can carry out specific projects based on experimentation, with the sole intention of continuing to expand their visual language. For plastic and visual artists, the interest in creating and disseminating their work is a basic need. Estudio Marte is a suitable space that allows them to efficiently develop and display the results of their various creative processes and encourages new audiences, not so familiar with the world of plastic and visual arts, to have a close interaction with artists. In these three years of work, we have managed to attract the attention of the native public of Santa María la Ribera, but there is still much to do on this issue and that is why it is one of our objectives. This is the expected end that has the potential to inspire and enhance reflection about ourselves as human beings. Generating poetic content through aesthetics is our commitment, leaving a human footprint that enriches our culture to trigger social development.

biarritzzz presents "I AM NOT AN AFROFUTURIST" at Pivô Satellite, Brazil