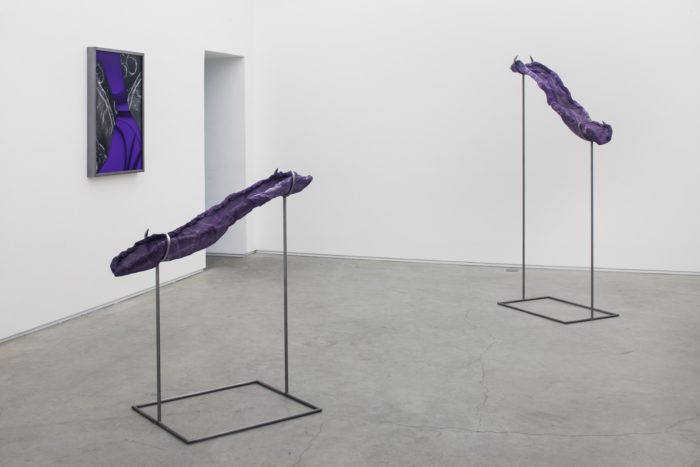 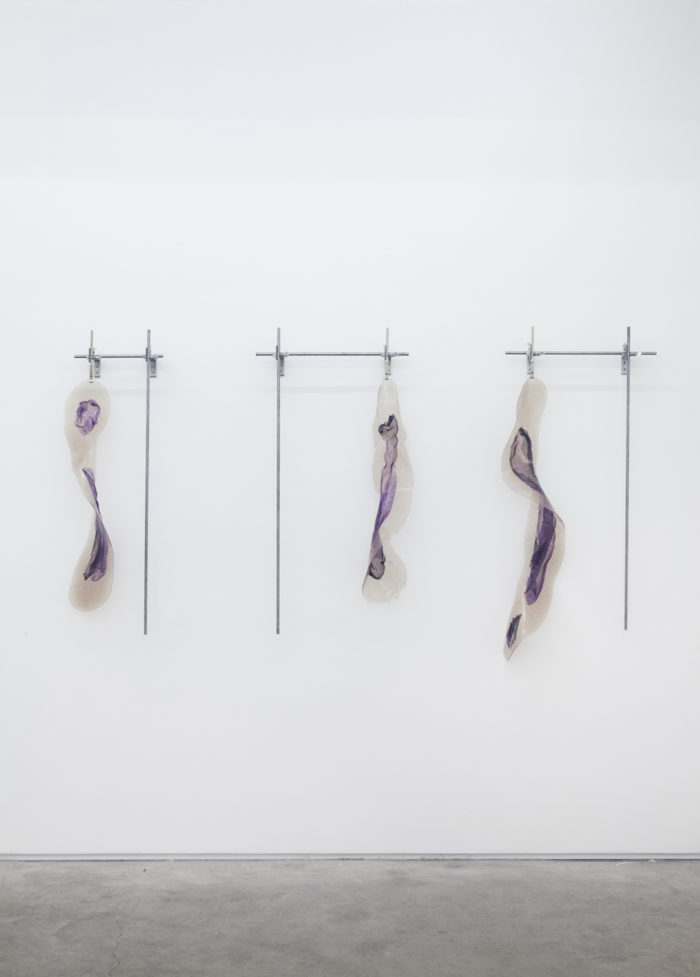 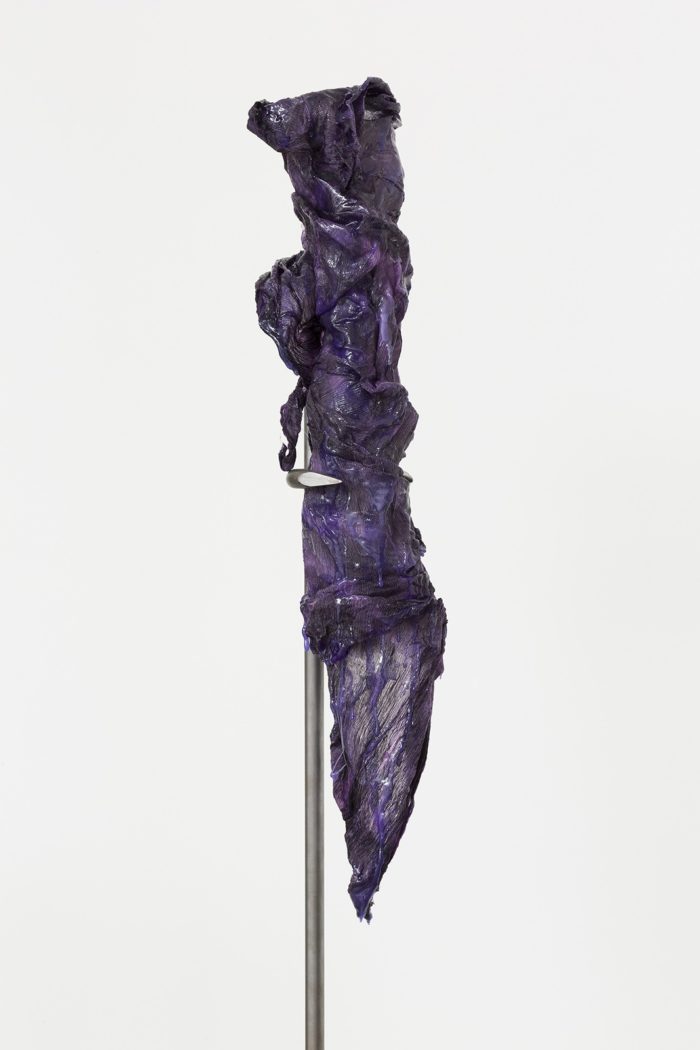 Mendes Wood DM presents The Telomeric Cut, Felipe Meres’s first project in São Paulo. Working across media, Meres’s work weaves entanglements between scientific desire and the indeterminate matter that ceaselessly evades its grasp. The exhibition features all new work, including a series of microscopic images that unfurl in the shape of pigment prints and sculptures. Devised around the concept of regeneration, the exhibition brings to light partial connections between immortal beings, non-reproductive sexuality and healing.

The point of departure for the exhibition is the series of electron micrographs in which Meres captures the process of cutting and regenerating hermaphroditic planarian flatworms. The outcome of a one-year experiment that entailed daily care and observation of planarians’ sexual and asexual regenerative patterns, the images abstract and magnify these immortal animals into otherworldly electron landscapes. Meres worked with electrical engineers at Columbia University to produce the images through a microscopic process that deploys electrons, instead of photons, as sources of information, thereby responding to flatworms’ inherent phobia of light.

The ensuing micrographs are rendered in 3D modelling software and materialized in pigment prints on metallic substrates and silk. Framed in polished steel boxes, the metallic prints evoke the authority of scientific display while the silk prints are mounted on biomorphic steel structures that allude to role-playing equipment. Departing from recent findings connecting flatworms’ immortality to the behavior of telomeres (caps at the end of DNA strands that protect genetic material from damage and prevent chromosomes from fusing), Meres’s telomeric cutting experiments work through the dissonant hopes and fears that the quest for the control of regeneration evokes.