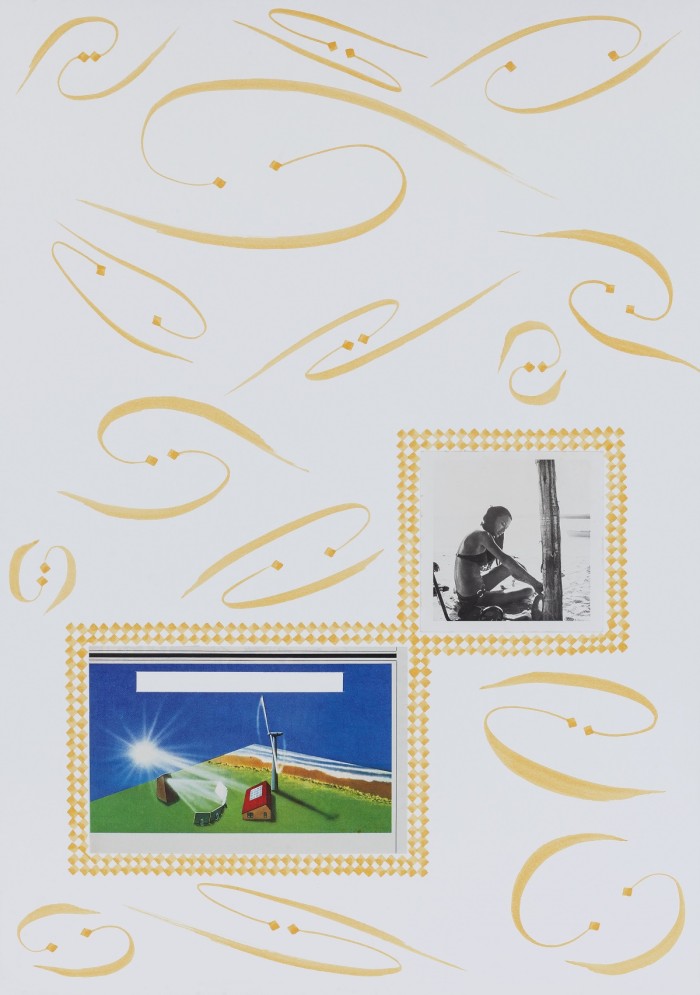 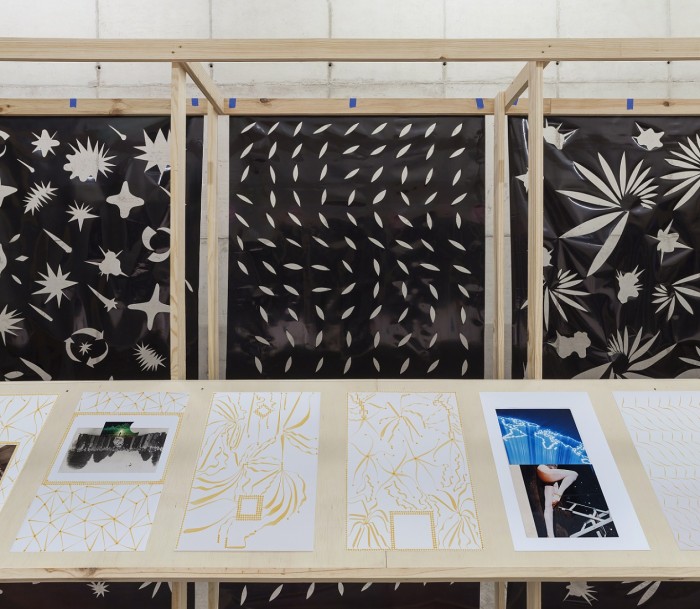 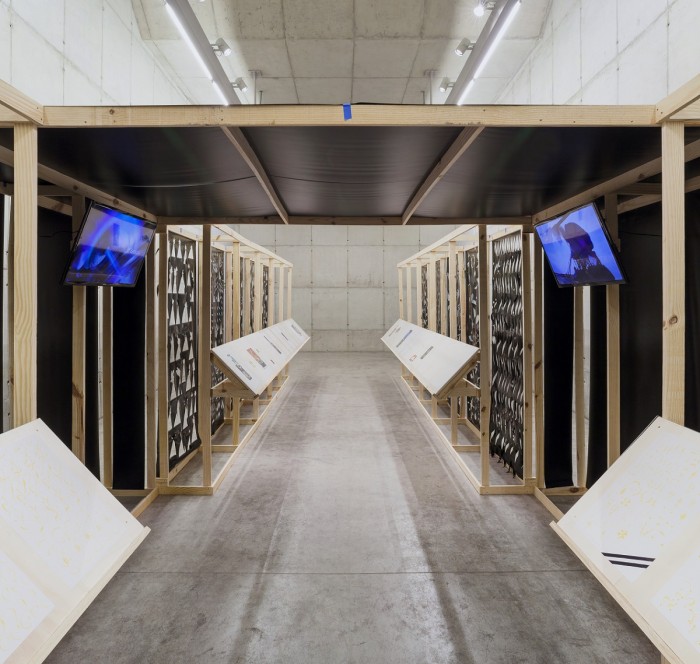 In The Fantastic Voyages of Energy, Peruvian artist Gabriel Acevedo Velarde creates a flimsy structure of display in the form of a corridor that echoes a generic bureaucratic space and a mausoleum. The drawings, collages, plastic sheets and videos hosted by this hallway evoke different notions of “energy” taken from advertisement and found photography, linking industry and sexuality, economics and mysticism. For the artist, the striking similarity in which energy is represented in such variety of (often opposing) contexts is a hint of its contemporary preeminence as a sort of global Goddess. By creating a quasi-scenographic mausoleum, the artist articulates a ritualistic experience and a calling for a political stance within a space collapsed by the similarity of energy-as-life and energy as undead commodity.

The corridor guides the flow of spectators, who are cued by the images that flank them: a sequence of hanging plastic sheets, hollowed out in organic and erotic shapes, plus a series of collages and drawings in yellow ink which recall arabesque calligraphic exercises. Not without a certain sense of humor, this series of A3-size paper sheets have the appearance of an unfolded manuscript, like the storytelling pages of voyages and adventures of mythical heroes and gods. But the main character here is not so old. As Austrian philosopher Ivan Illich claimed, “energy” is a superstition in modern civic religiosity, an addicting illusion that promotes a spiritual awakening to a cosmos defined by the assumptions of scarcity.

The Fantastic Voyages of Energy is Gabriel Acevedo Velarde’s third solo show at Galeria Leme and his second solo show in a private gallery since re-locating in Lima, after a 14 years period living in Mexico City, Sao Paulo, New York and Berlin.