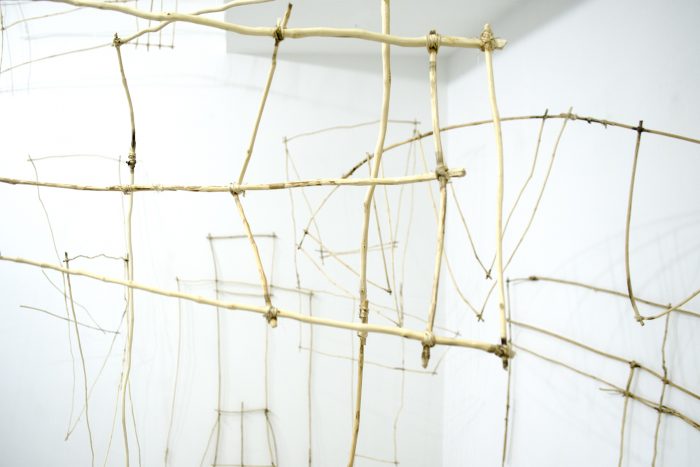 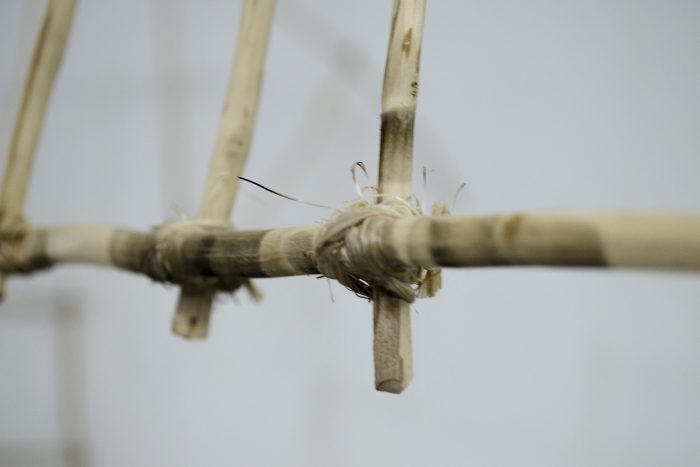 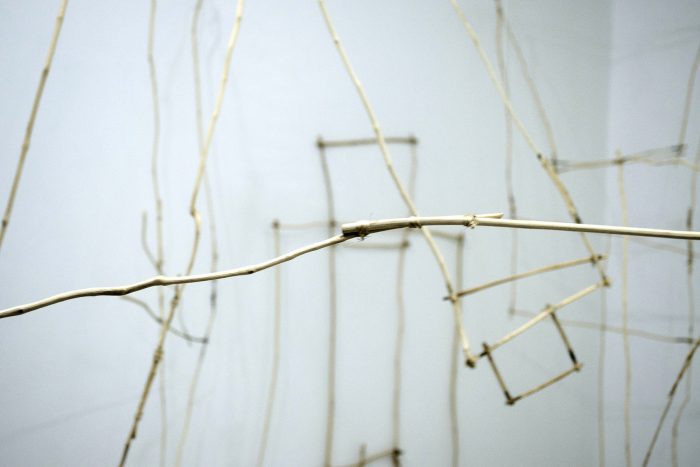 Franco Contreras presents the development of an idea that’s still in progress, originated in the observation of everyday life phenomena materialized through tied up wooden sticks from coffee plants that intervene in the three-dimensional space. A construction of synthetized drawings which he calls Tendederos, in the simplicity of the action of extending, unfolding and hanging these figures on a clothesline, inviting us to contemplate the essence of things.

Franco owns a virtue for magnifying tenderness, where majesty is found in the minimum. He discovers the potentials of the essential and the primitive by studying phenomena such as the effects of the sun, the rain and the wind on different objects and materializes them with an overwhelming sensibility. In times when the attention is focused on the magnification of wickedness and tragedy, Franco redirects his sight and ours to the contemplation of the elementary in our surroundings, like our laundry drying in a line.

El Bloque is an artist founded project, focused on research, promotion and exhibition of contemporary art, working with emerging and established artists  from Mérida, Venezuela.