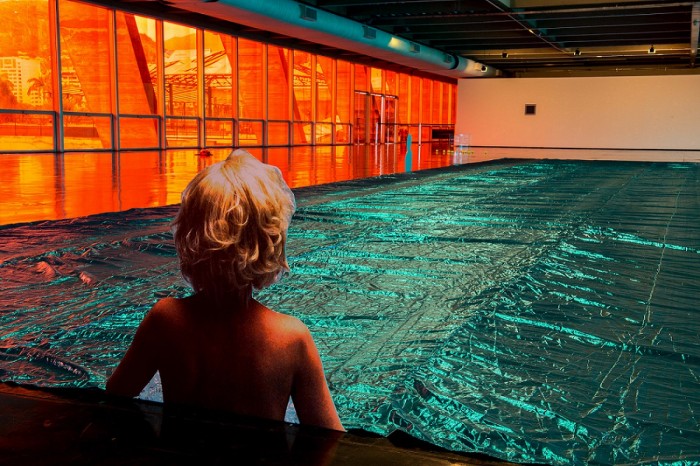 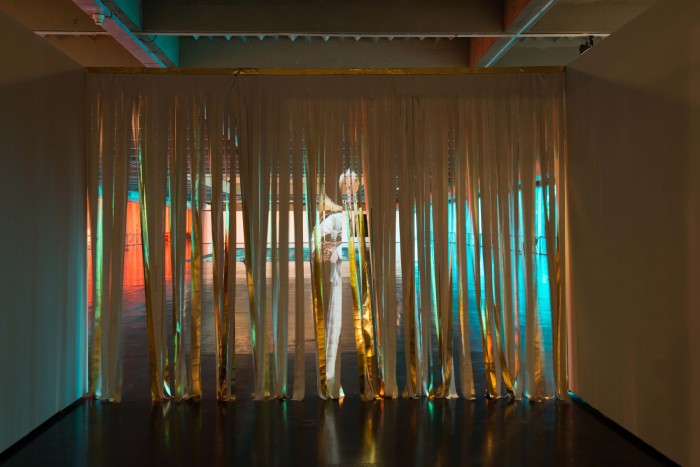 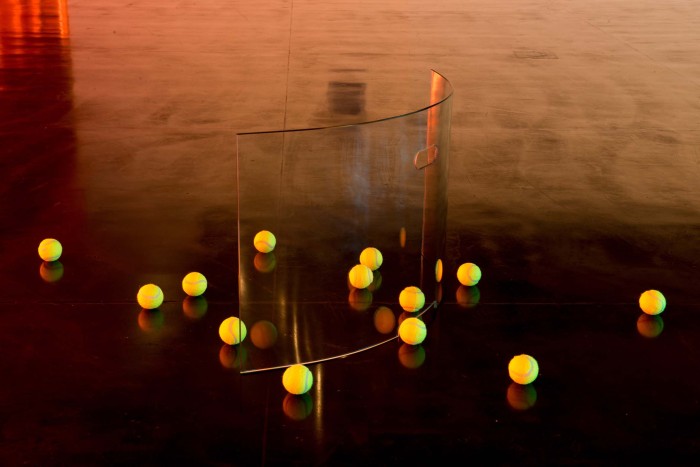 On June 20, Museu de Arte Moderna do Rio de Janeiro (MAM) opened a new exhibition, Temporama, presenting 12 works by Dominique Gonzalez-Foerster, born in 1965 in Strasbourg, France, who now divides her time between Paris and Rio de Janeiro. The exhibition, curated by Pablo León de la Barra, will cover 1,800 square meters on the second floor of MAM and present some iconic works she produced between 1985 and 1991, which will be reconstructed for the first time for this exhibition. The show also includes a single work produced this year, “an abstract swimming pool,” which features photographs of the artist appearing as Marilyn Monroe. Dominique Gonzalez-Foerster, whose work was shown at Documenta 11 in Kassel (2002), will have solo shows this September at Centre Pompidou, Paris, and in April 2016 at the prestigious K20 in Düsseldorf, Germany.

Dominique Gonzalez-Foerster is one of the foremost artists of her generation, producing some of the most striking work on the international scene from the last 20 years. Her pieces are regularly included in important exhibitions, but this is her first solo show in Brazil.

The curator, Pablo León de la Barra, explains that “Gonzalez-Foerster has had a strong relationship with Brazil and Rio de Janeiro since 1998. She lives part of the time in Rio, and this has a strong influence on her work.” The artist herself adds that she was involved in “a lot of presentations with the Capacete group in Rio de Janeiro” and did four short films in Brazil: Plages, inspired by Burle Marx’s great design for the Copacabana beachfront; Marquise, in Ibirapuera Park, São Paulo, Gloria in Praça Paris, Rio de Janeiro, and Brasília at Parque da Cidade, which is part of the Moderna Museet collection in Stockholm.” “In my work – she explains – I use a lot of references from Lina bo Bardi, Burle Marx, Sérgio Bernardes, and others.”

Temporama was conceived specifically for MAM and the “tropical modernism” of Affonso Reidy (1909-1964), the architect who designed the museum in harmony with the surrounding landscape of Flamengo Park. The exhibition broadens the notion of the traditional retrospective to a longer time frame, probing into the future and receding back in time.

As Gonzalez-Foerster explains, the exhibition “takes shape like a time machine, a park, a beach, a view, and a panorama. A place where we can stop time and experience different space-times.”

RED AND TURQUOISE FILTERS
Red and turquoise filters placed along the length of the exhibition take visitors back to Dominique Gonzalez-Foerster’s first works from the 1980s and also to the MAM of the twentieth century.

“The glass façades allow the landscape into the museum. Inside and outside mingle in the exhibition space, which becomes a continuation of the landscape. The glass also sets up a play of reflections and mirages, where different images of Rio overlap with the visitors’ memories and desires. Indeed, any art exhibited at MAM is not just presented inside the museum, but also drifts into the landscape, becoming part of it,” comments curator Pablo León de la Barra.

Born in Strasbourg in 1965, Dominique Gonzalez-Foerster studied at the Ecole des Beaux – Arts de Grenoble, from which she graduated in 1987, and at the École du Magasin at the Centre National d’Art Contemporain in Grenoble, before going on to complete her studies in 1989 at the Institut des Hautes Études en Arts Plastiques in Paris. Based in Paris and Rio de Janeiro, Gonzalez-Foerster is celebrated for her interdisciplinary practice and, alongside contemporaries such as Philippe Parreno and Pierre Huyghe, is considered one of the preeminent figures of relational aesthetics, the term proposed by critic and curator Nicholas Bourriaud to describe practices that emerged in the 1990s exploring human relationships and the social contexts in which they operate. With a particular interest in architecture, interiors and spaces, allied to a preoccupation with literature, cinematography, media and technology, her practice  primarily took  the form of installations, regularly created site-specifically, though has often since also taken the medium of film. A series of works from the 1990s revolving around the idea of chambres included RWF (Rainer Werner Fassbinder) (1993) – a recreation of the apartment of the late German film-maker – and Une Chambre en Ville (1996), which presented a sparsely decorated though carpeted room containing a small number of objects for communicating information and media such as a radio clock, portable TV, telephone and daily newspapers. Between 1998 and 2003 she produced a series of eleven films presented as the compilation Parc Central (2006), featuring footage of parks, beaches, deserts and urban landscapes from places ranging from Kyoto to Buenos Aires, Paris to Taipei. In 2002 she was the winner of the Prix Marcel Duchamp, Paris. Some of her keyworks and projects since the turn of the millennium include Roman de Münster (2007), in which she created quarter-size replicas of selected sculptures by other artists previously presented at Skulptur Projekte Münster; TH.2058 (2008), her commission for the Turbine Hall at Tate Modern as part of the Unilever Series, which involved two hundred metal bunk-bed frames in rows with books scattered on them, with large-scale replicas of sculptures by artists such as Louise Bourgeois and Bruce Nauman towering above; and Desert Park in the Tropics of Inhotim (2010), for which she fabricated concrete bus shelters inspired by Brazilian modernist architecture and installed them in a field next to a Brazilian tropical forest. Her transdisciplinary and often collaborative practice has also extended into the realms of music and theatre, with pieces including NY.2022 (2008) with Ari Benjamin-Meyers and the Staten Island’s Richmond County Orchestra at the Peter B. Lewis Theater at the Guggenheim Museum, New York; K.62 (2009) at the Abrons Art Center, New York, as part of Performa 09; and T.1912 (2011), in honor of the 99th anniversary of the sinking of the Titanic, at the Guggenheim Museum, New York. The performance work M.2062 started at the Memory Marathon at the Serpentine Gallery in 2012 and has been presented in various versions since, including under the title Lola Montez in Berlin (2014). In 2006 she took part in the 27th São Paulo Biennial under the curatorship of Lisette Lagnado. Her solo exhibitions include “Chronotopes & Dioramas” at the Dia Art Foundation, New York (2009), “Splendide Hotel” at the Reina Sofia, Madrid (2014), and shows in development for the Centre Pompidou, Paris (2015), and the Museum of Modern Art, Rio de Janeiro (2015).