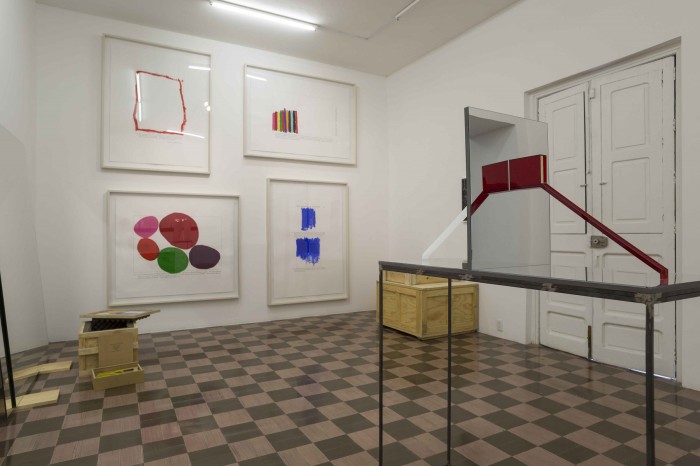 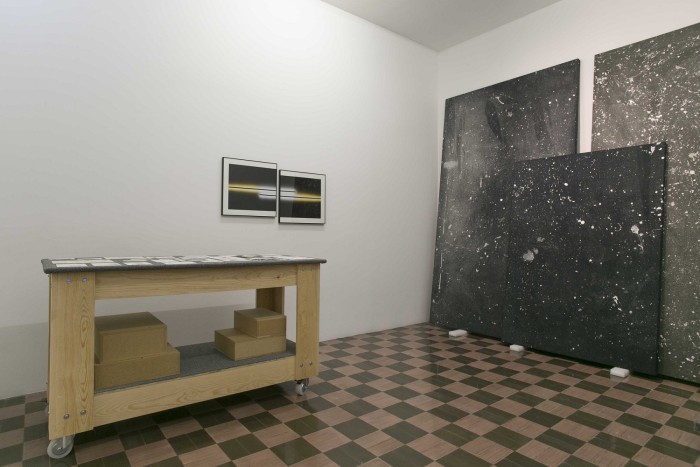 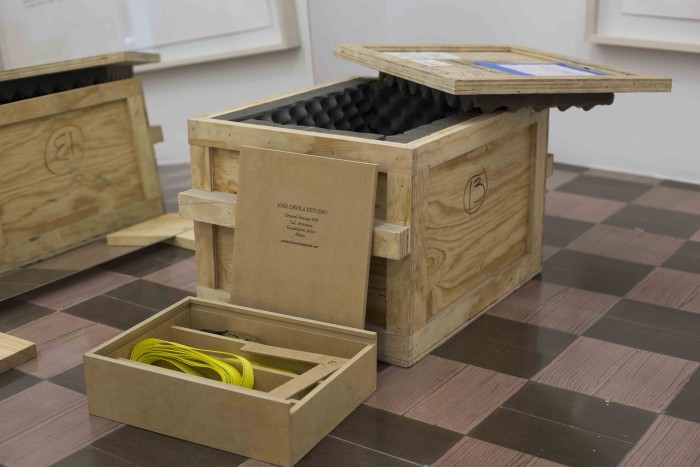 Entering a storage room involves a confrontation with things in their full material condition as inactive forms. The human dynamics that impregnate everything with meaning are momentarily suspended in these places; the constitutive actions that coat everything with a certain familiarity are replaced by specialized codes that impose an approach defined by protocols towards objects, generating autonomous and closed languages, which true meaning is only accessed by a reduced group of people.

In a commercial context, stored products cease to be sold and become mere volumes; something similar happens with artworks: the exhibition space is left behind and the role of the spectator is eliminated, visibility and interpretation are no longer the main considerations. The pieces are arranged and organized in direct relation to their conservation and the maximization of the use of space.

The storage room is created based on the necessity for inaccessibility and the delimitation of a private space isolated from the transit and circulation that determine the public sphere, aiming to certain invisibility. The storage space belongs to the reduced category of places created by human beings that are not constructed entirely based on human dispositions or discursive needs. If every container is determined by its content, then the storage room is a completely objective space; human presence assumes a secondary and transient character. Codes, protocols and logistical languages are the only sources of mediation.

En tránsito demands an overall reconsideration of the exhibition space and the implications of exhibiting artworks in optimum conditions, paired with an interpretation guide provided by the curator. Proposing a simulation of a storage room, the gallery is transformed into the moment before the exhibition itself, into that which is out from public view and is not regulated by a curatorial perspective. Here it takes place an authentic confrontation: the visitor encounters a set of artworks that are disposed for themselves and the space it contains them. The pieces demand effort and compromise in order to be isolated from the general, uniform and homogenous volume.

This simulation is a gesture that involves providing visibility to a series of places and artworks that have remained hidden, but it also offers the possibility of problematizing the consideration of contemporary art that has consolidated during the last decades: in the best museographic conditions and complemented by a curatorial discourse. The encounter with the codified volumes conformed by the stored artworks could lead the viewer to incomprehension, but it also offers the possibility of creating personal connections between the artworks, guided only by the inherent potency of the pieces.