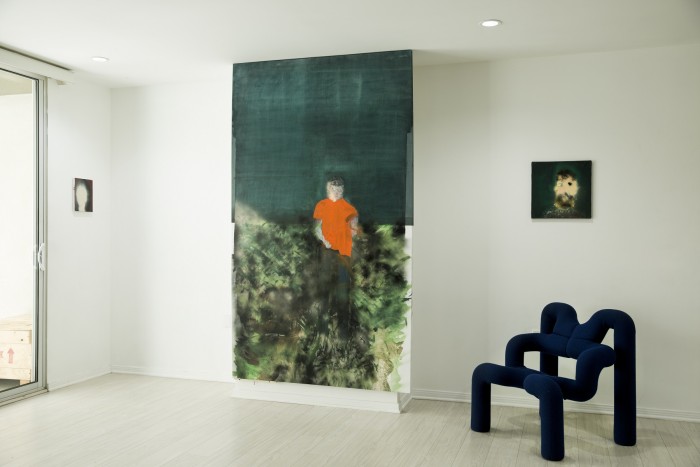 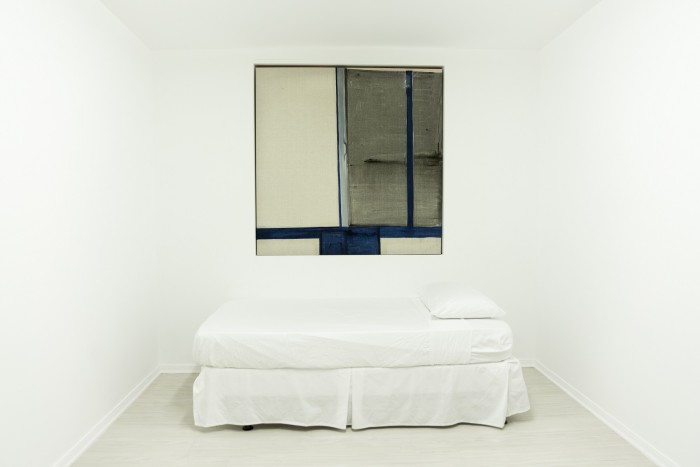 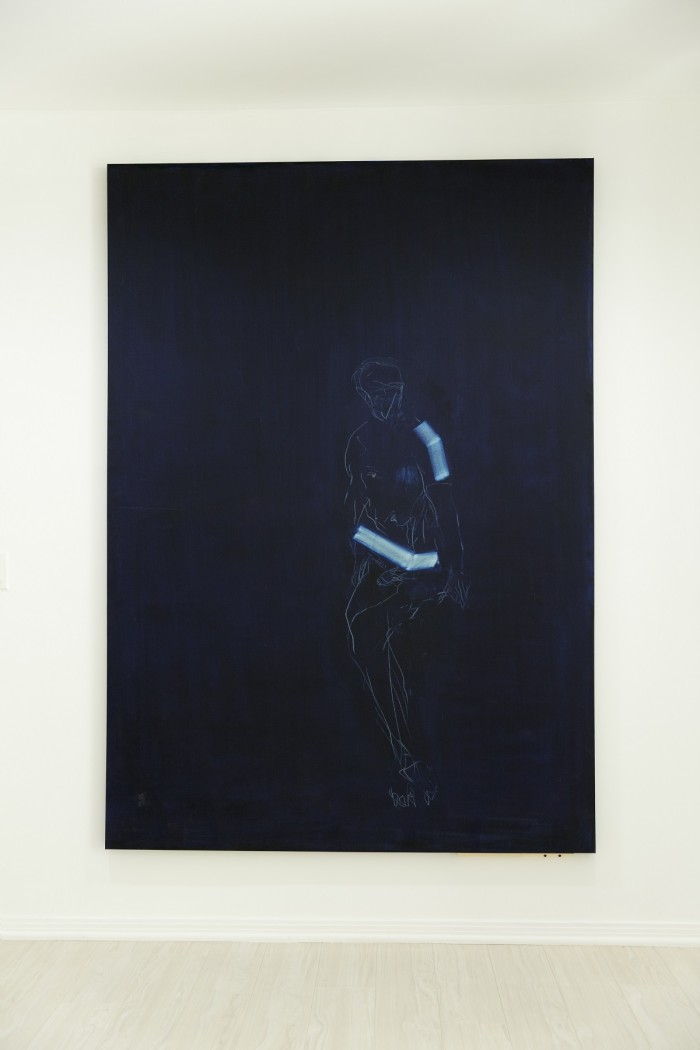 When you believe in things that you don’t understand / Then we suffer / Superstition ain’t the way / Very superstitious, wash your face and hands / Rid me of the problems, do all that you can / Keep me in a daydream, keep me goin’ strong / You don’t want to save me, sad is my song
– Stevie Wonder, Superstition

Hadrien Jacquelet presents all new small and large format works painted with oil and spray paint on canvas. This show marks a departure in Jacquelet’s work which previously concentrated almost obsessively on Michael Jackson painted in small format head-and-shoulder portraits. While for this show Jacquelet continues his exploration of figurative painting, he has expanded both the size and the subject matter of his works. In these new paintings, his subjects include nudes, palm trees, a window, a man on a lawn, unidentified portraits, and the artist’s studio. Moving away from portraits of such recognizable subjects as Michael Jackson to depict traditional, anonymous subjects has allowed Jacquelet to concentrate on the figure and the medium of painting itself.

Jacquelet’s nudes appear caught in the process of formation. While his flowing lines suggest the contours of male bodies, they reveal no personal characteristics. The flat figures, removed from any contextual narrative, float ungrounded in a monochrome haze. In Palm Tree, Nude (2015) the elegant outline of male genitalia and thighs is detached from a fully formed body.

Jacquelet’s numerous head-and-shoulder portraits of anonymous individuals appear caught in the process of deformation. Many of their mask-like visages lack some or all of their facial features. Those subjects with eyes reveal no inner psychology but rather stare blankly like zombies. In fact, many of them are becoming strangely inhuman. One portrait entitled Untitled (2015) resembles a skull more than a human face. Even in the one portrait of Michael Jackson included in the show, the pop star’s ghostly spray painted face (already buried behind his white mask) seems on the verge of dissolving beyond recognition. As Stevie Wonder’s song explained, superstition is a belief in something we don’t understand. In these paintings, both in their formal composition and in the invisible sensations they conjure up, the common sense coordinates of human reason have begun to decompose.