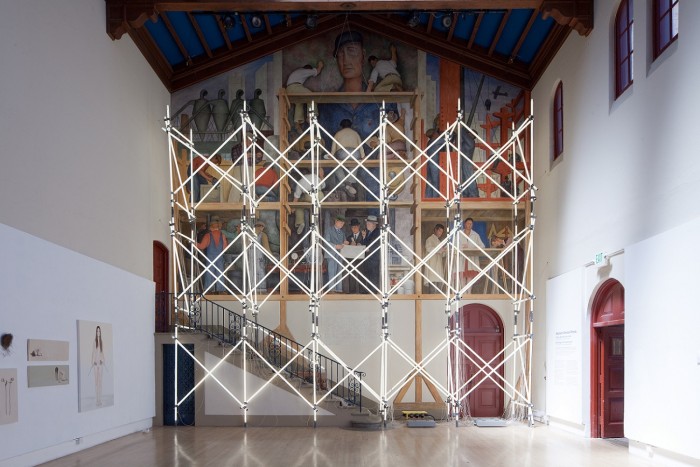 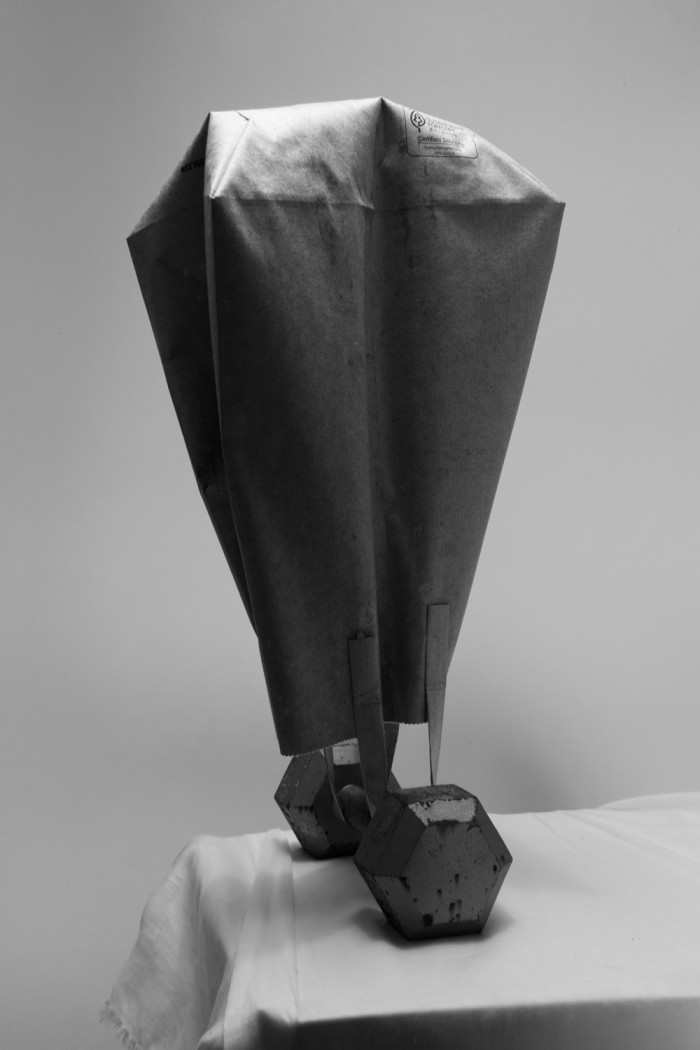 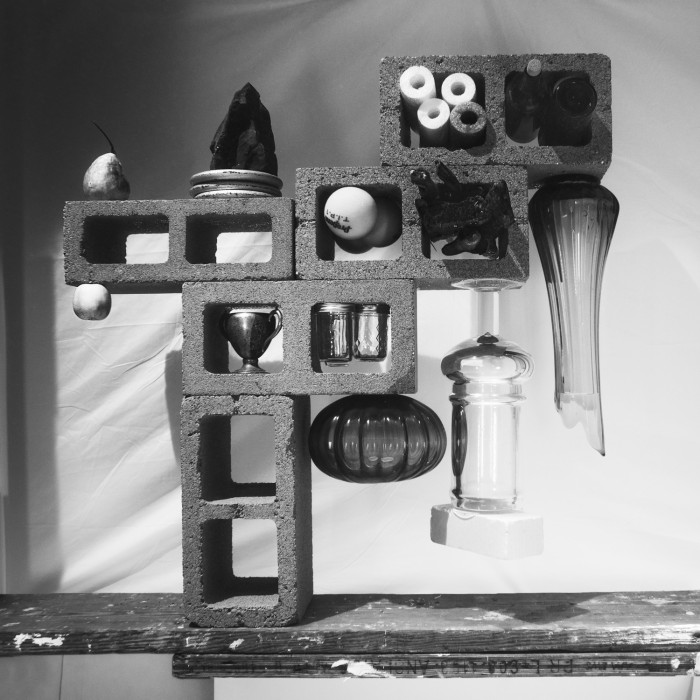 San Francisco Art Institute presents 2015 Harker Award recipient and artist-in-residence Alejandro Almanza Pereda’s Everything but the kitchen sank, on display now through December 12 in the Diego Rivera Gallery and July 28-October 3 in the Walter and McBean Galleries. This ambitious exhibition spans two gallery spaces — in the Diego Rivera Gallery, Pereda has erected Change the world or go home (2009-2015), a 24-foot tall fluorescent scaffolding structure in front of the iconic work The Making of a Fresco Showing the Building of a City (1931), simultaneously illuminating and obscuring one of the institution’s most-treasured and historically significant works.

“Diego Rivera’s The Making of a Fresco Showing the Building of a City (1931) has a curious history at SFAI, and has long spurred interventions by students and artists,” states Hesse McGraw, the exhibition’s curator and Vice resident for Exhibitions and Public Programs at SFAI. “For Almanza, the addition of this fluorescent scaffolding adds a new screen through which we understand a narrative of historical imbalance with regard to the artistic legacy of Rivera and his place in Latin America artistic practice.”

Meanwhile, in the Walter and McBean Galleries, Pereda transformed the space into an active studio, where he spent July and August experimenting and producing new works inside a water tank built specifically for the exhibition. The final component of the exhibition, held in September and October, was a presentation of still life photographs and videos captured under water.

“Pereda’s still lifes are governed by a singular, uncanny logic – they manipulate the viewer’s sense of gravity and balance to bring unexpected buoyancy to everyday objects,” explains SFAI’s McGraw. “Everything but the kitchen sank turns Pereda’s process into performance, revealing the precarious experimentation behind his photographic and video works.”