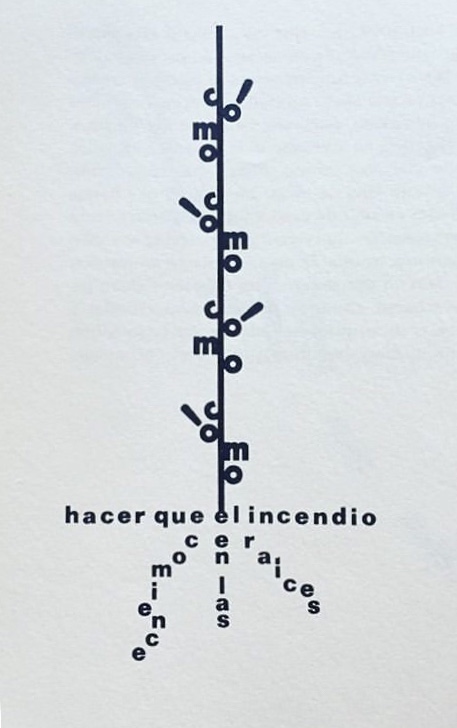 Third installment as part of the series of opinions on the cultural policies of the government of Mexico regarding a public cultural system in crisis, in which Diego del Valle Ríos questions the parameters that articulate the possibilities of guild organization for political counterweight purposes in tension with the political horizon of cultural self-management before the limits of the state.

On the possibility of cultural policies beyond the state

If anything has been confirmed throughout these intense days of confinement and crisis under AMLO’s government, it is the ineffectual capacity of the state to reform itself for the common good. The state is in itself a structure of inequality that currently in MX continues to exist primarily to sustain the necrocapital under neoliberal parameters, including its mirages of inclusion, equity, and justice. The health and economic crisis, show the expiration of this democratic system. That is why radical imaginations that opt for mutual support as a different common axis of a decentralized and autonomous community strategy—based on friendship, neighborhood, micropolitics—stand out and bring us closer to the eventual abolition of the state as the center for any possible creation of social world(s).

In the cultural field, an aspect of said expiration of the Mexican state is evident by having a Secretary of Culture (SC) that for the moment tends to operate from one of the communication strategies preferred by democratic systems: the simulation of dialogue. On June 10, the statement La cultura es el centro de la transformación social [Culture is the center of social transformation] was published, in which the SC reaffirms its vocation to assert the rights of access to culture, from a nationalist point of view, by guaranteeing equity and freedom for creators and the public, in order to achieve strong institutions in the future based on 3 pillars: the National Institute of Anthropology and History (INAH), the Institute of Fine Arts and Literature (INBAL) and the Mexican Institute of Cinematography (IMCINE). It is curious that Fonca continues without being publicly acknowledged as one of the important pillars of the SC, which explains the wavering approach in presenting a project that provides it with stability and continuity.

In the aforementioned statement, they assure that the SC is in transformation, however, they must make clearer the ways in which as a civil society we are going to be participants in the processes of its own rethinking. For example, they recognize the strength of INAH provided by the generations of researchers that comprise it, and in contrast, its political interference within the government did not prevent the institute from now facing a threat of a 75% cut in its budget by the Secretaría de Hacienda y Crédito Público [Secretary of Finance and Public Credit]. It is not by chance that the SC faces resistance considering that the INAH represents opposition to the Maya Train. Given this, the collaboration strategy between SC and organized society is not clear.

Another example of contradiction from which SC communication can be interpreted as a simulation of dialogue. In the statement, they emphasize the importance of financial support but have not presented a rescue plan for art and culture workers in the face of the crisis, despite being necessary for the community to which it responds. Its solution was limited to the program Contigo a la Distancia, in which, although there are valuable contents, its platform presents a poorly functional structure to action community, collaborative or participative powers, limiting the supported productions to mere content for individual consumption.

Instead of the rescue plan, on the one hand, they choose to continue from opacity with the priority project of the Bosque de Chapultepec of which we still do not know specific details and reports despite requesting publication; and on the other, they distort the existence of public funds already in use under speeches that try to present them as “basic subsidies to attend to the emergency”, as happened with the resources of the Apoyo a Instituciones Estatales de Cultura (AIEC) [Support to State Cultural Institutions]. 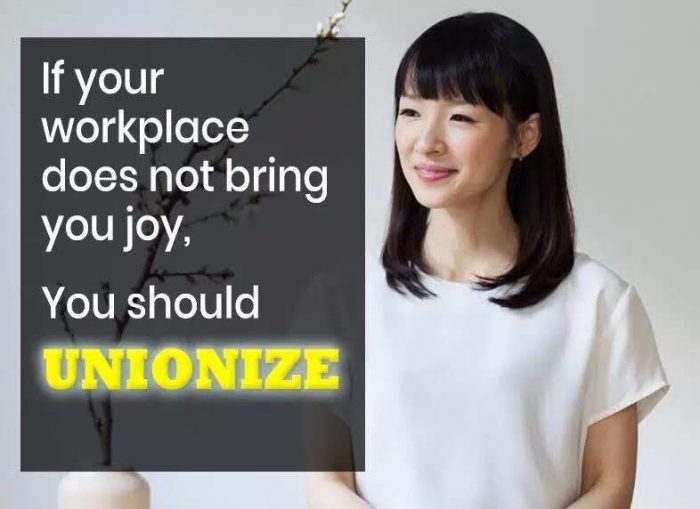 Given this reality, I wonder, where are the cultural policies beyond the state? Let’s be honest, as art and culture workers, until today, our guild organization (as a guild of many guilds) has been ineffective through (simulated) dialogue in terms of results of intervention in the cultural policies of the López Obrador government. Although we have achieved important links with colleagues within cultural and legislative institutions to continue demanding our participation in the rethinking of cultural policies, their programs, and regulations, these channels continue to reproduce the endogamic hierarchy that is very characteristic of the Mexican political culture. This diminishes any political counterbalance from a civil point of view for it does not facilitate plurality due to patriarchal ideas that allow: the prevalence of republican centralization through agents “with experience”, a minimum of transgenerational efforts and the maintenance of whiteness through structural inequalities around classist, racist, sexist or homo-, lesbo-, trans-phobic violence. In other words, most of the exercises of guild organization so far, usually occur through the hetero-reproduction of the world that places, again, the state at the center as the only guardian and administrator of culture with which a relationship can only be established through an elite that “represents” the guild, thus reinforcing the binarism of the public and the private.

It is necessary to examine the failure of our organizational process under this logic in order to achieve a different communal achievement. The possibilities of making another world are in dispute. Over the past two years, I have recognized a personal concern around the questions, who accompanies me, who I accompany and how we accompany each other to understand in the pragmatics of my bodily relationships, those intellectual connections that are an affective background of a network that I am a part of in my daily life mainly through my movements in the field of contemporary art. In the loneliness that worsened during the beginning of the confinement, I personally embraced the idea of ​​mutual support so that it would be a seed of possible strategies to imagine to action network, containment, accompaniment, and space of trust. My affective networks are largely my work networks.

On March 7, a group of 25 people related through the contemporary art work-field in CDMX, met at a picnic behind the Tamayo Museum to share concerns around the question “How do we feel?” after the experience of over/self-exploitation and labor abuses that arise in contemporary art and that worsened during the art fairs in which we participated in early February. Throughout this relaxed assembly, we came to a conclusion about what we had in common: all of us there were wondering how to defend ourselves against abuses of power in the labor field in which we operate. In other words, the common search is equitable economic forms focused on local communities and not on the need for markets mediated by public state-run and private interests. Starting from that, what does it mean then to define cultural policies from the civil organization recognizing the power of the union autonomy? What does it mean to exercise political counterweight from a third space that is not the public state-run or the private one? 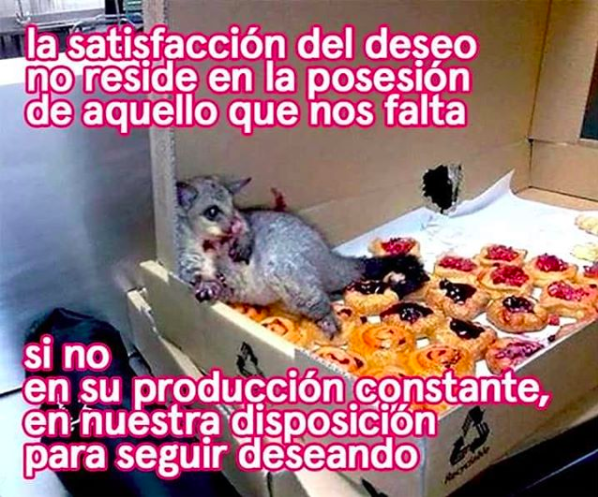 Through Jaron Rowan’s reflection in Cultura libre de Estado [Culture Free of State], let us begin by recognizing the potential scope of action: the public non-state-run sphere, that is, organizations, associations and collective actions that have a public function (in terms of the social fabric) but are not public entities, and yet are subject to the regulations, deadlines, calendars, and budgets previously defined by the public. With a degree of autonomy limited by the neoliberal order, the public non-state-run sphere has the responsibility of defining, making visible and pushing, through a strategy of conflict, dissensus, and collaboration, a political agenda in accordance with the social realities and needs that the state public sphere refuses to attend to on the basis of different rationales; realities and needs that likewise do not fit into the private parameters of economic (cultural industries) and social (philanthropy) exploitation. The public non-state-run as the exercise of civil agency to achieve synergy in dialectics with the public state-run and the private for the purpose of redistribution of forces, both inside and outside the same non-state public sphere. The latter involves asking ourselves about the political, social and cultural capital that exists in this area to ask ourselves about an ethic of responsibility for reparation, recognizing that these capitals occurred in a hetero-patriarchal framework of neoliberalism, which implies a systematic inequality to the detriment of women, people with diverse abilities, racialized people and LGBTQ + people. How to (re)organize the non-state public sphere of which we are part from this perspective?

This necessarily leads us to raise the idea of procommons as a basic resource for the redistribution of wealth through cultural policies that not only guarantee access but also self-management of shared goods. To paraphrase Rowan, the notion of procommons speaks to us of a property regime that is neither public nor private, but rather a collective and common property: “it realizes that infrastructures and equipment are common goods belonging to [anyone] who commits to their management” for the benefit of their immediate community. Culture is a procommons that usually exists in the dichotomy of culture as a right and culture as a resource, that is, the division between consumer and producer. Given this, Rowen points to the notion of productive access that will allow the lucrative use of public resources by those of us in the public non-state-run sphere. This way, political agency and economic benefits are achieved that allow us to produce and consume culture under our own guidelines for action, that is, under our own cultural policies framed by the sustainability of autonomy.

We should ask ourselves, then, what long-term search exists in our union organization exercises? What implies a process of defining cultural policies under which we will act as art and culture workers from the public non-state-run sphere? Within it, what powers exist for the culture in MX regarding the notion of commons? What codes of ethics should be contemplated in that redesign process regarding the historical debts that we have with each other and with others as participants and beneficiaries of systems of inequality and oppression? What tools will help to deal with situations of dissent to normalize and improve professional relationships between us?