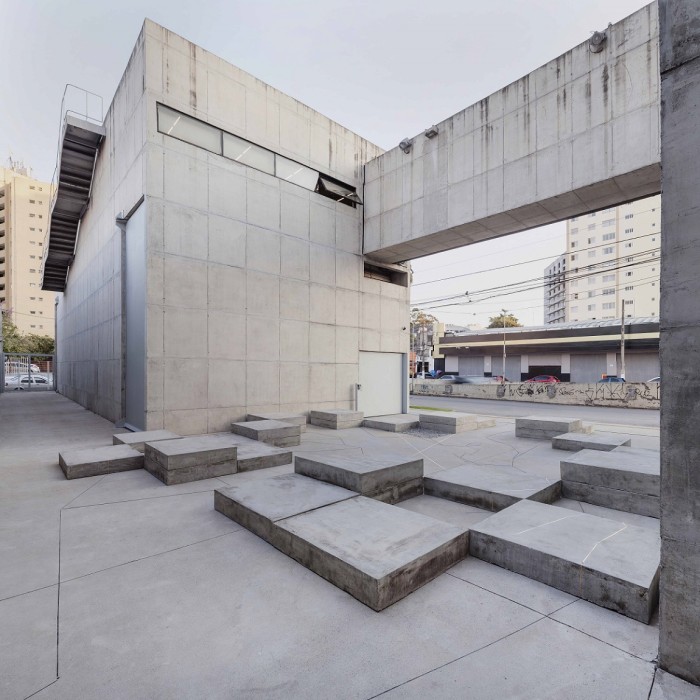 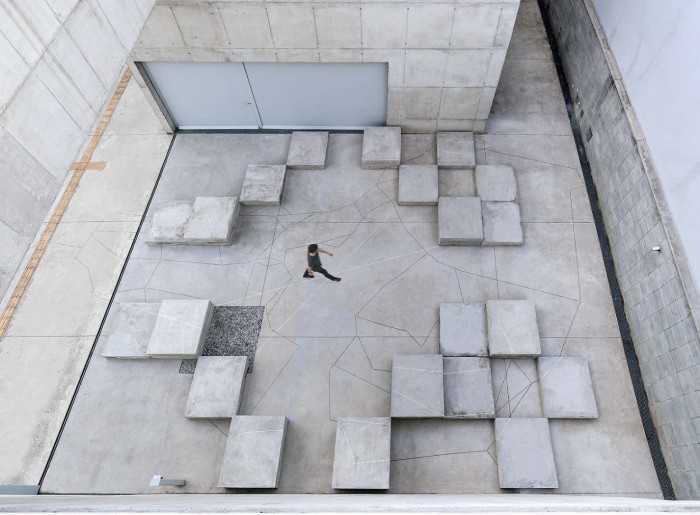 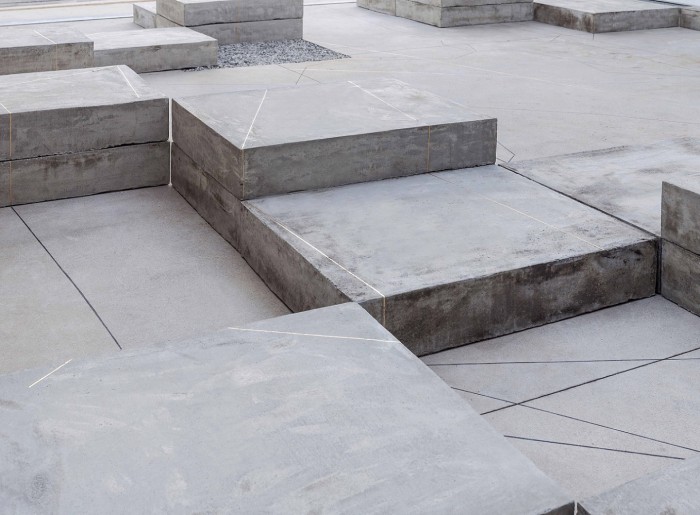 Galeria Leme presents the fifth site-specific commissioned for SITU, curated by Bruno de Almeida, giving continuity to a broader research on ways of thinking and discussing the production of (urban) space through a dialogue between art, architecture and city. SITU invites Peruvian artist Sandra Gamarra to devise a work that relates to the outside of the gallery’s building (designed by architect Paulo Mendes da Rocha and Metro Architects) and also with its adjoining public space.

Gamarra’s project is established from the building’s structural grid, an orthogonal mesh embossed on the concrete walls, cast by the modulation of the formwork used in its construction. For the artist, the notion of grid transcends the architectural condition and affirms itself as a fundamental element for understanding how man has structured his physical and social space. But she does not see this concept unequivocally. On the one hand, Gamarra considers the grid as a symbol of the modernist ideology, expressed by its modular, geometric, abstract and homogenizing character. It also represents the impetus towards the future and the human order that stands before the “chaos” of nature and of the preceding historical narratives. On the other hand, the artist also understands the grid through the ancestral heritage of her native country, Peru. For pre-Columbian civilizations geometry represented a greater, cosmic and mystical logic, and it was through this pre-established framework that man could understand the order of nature and subsequently act on it.

In order to create a friction between these different perceptions of the same element, Sandra Gamarra conceives an installation in which the constructive grid of the gallery is disassembled and broken down into its basic modules. For this, the artist creates a set of concrete blocks that are similar in size and materiality to those of the facades, and places them horizontally in the patio’s floor, stripping them of their original constructive role. By stacking some of the blocks, Gamarra insinuates an attempt of building something, but leaves it incomplete, in a limbo between a construction site and the ruin of a future building. The “unfinished” arrangement is in dialogue with the modulation of the gallery’s facades and outlines a central void in the middle of the patio. This empty space has a cruciform shape, but does not refer to the cross which is commonly used in the West, but to the stepped cross, a fundamental symbol for pre-Columbian cultures. Referred to as the Inca Cross or Chakana, it symbolizes the connection between the earthly and the “superior” world. Its shape is recurrent both in the architectural lexicon as well as in several other elements of the everyday life of these societies, showing a complete union of the mystic and divine within culture and human life.

The large Chakana outlined on the patio has one of its ends open to the street, inviting the pedestrian to come into this cross. In the Andean mythology the center of the Chakana represents the internal duality of the universe, the unknown, the unimaginable and the sacred. It is from within this (symbolic) space and closer to the fallen blocks, that the visitor discovers another set of grids that are subtly marked on the surfaces of the concrete modules.

If, in the architectural thought of the São Paulo school, leaving the concrete bare would be one way to raise awareness of the human labor that went through it, therefore emphasizing architecture’s social character. In Sandra Gamarra’s work, the subtle traces marked on the blocks not only subvert their constructive materiality by giving them a manual quality, but also evoke other conceptions of structuring grids of human society and culture, from the ones which touch the body to those that dialogue with the cosmos.