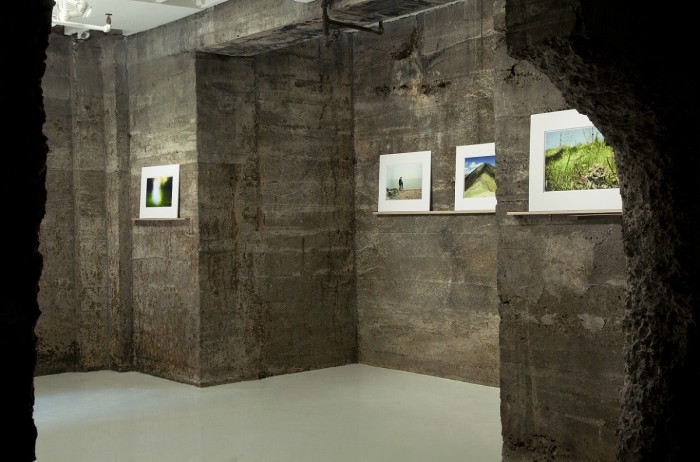 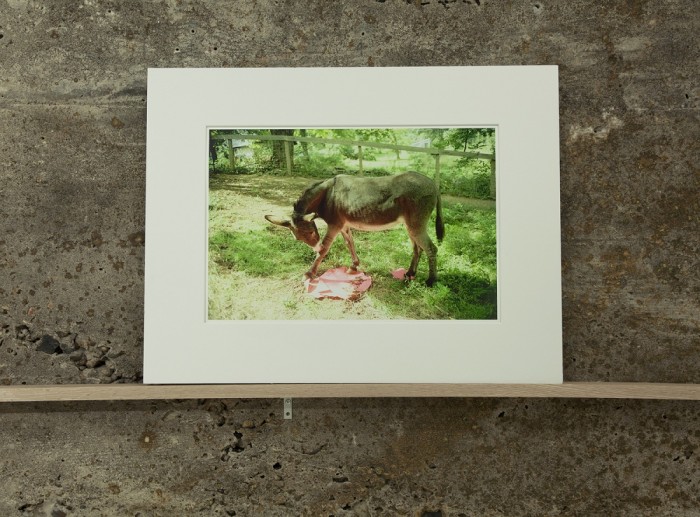 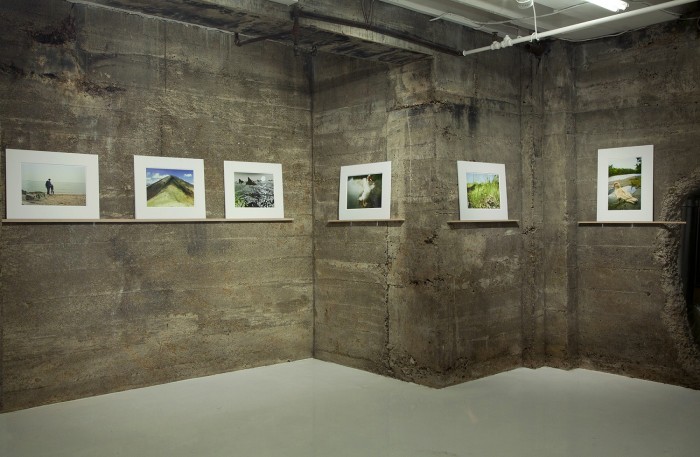 Tops Gallery presents Law of Dissipation, Dan Torop’s second solo show with the gallery. Installed throughout the space, both formally framed and resting on ledges, are photographs made by Torop over the course of three decades.

The title of the show comes from the 1852 paper by William Thomson (Lord Kelvin), “On a Universal Tendency in Nature to the Dissipation of Mechanical Energy.” At the entrance of the gallery, a photograph, Law of Dissipation (2016), reproduces a portion of a page from Henry Adams’s “A Letter to American Teachers of History” (1910) which excerpts the conclusion of Thomson’s paper. Adams takes Thomson’s theory on “mechanics of animal and vegetable bodies” to be as well an elegy to the decline of societies.

What we remember makes more sense the further back in time we move. The more recent memories are less formed. Photographs are useless as memory, last if they form a past which speaks.

Seattle 1994
In June I drove from San Francisco to Seattle. I was hearing about Seattle: Microsoft and computers, a coffee company called Starbucks, a musician named Cobain who had just killed himself. At dawn on a Sunday morning I reached the city, arriving on a two-level expressway along the Puget Sound. The commentator on the radio explained that the essence of drama was change, the essence of melodrama was stasis. I pulled off at Western Ave. exit, parked on a street called Wall. Walking down the shuttered avenue, after a few blocks I saw the warm light of a shop. A blue neon sign read COFFEE, hung to read backwards from the outside.

Duck with Wings Spread 1998
We were summering for a week at a Victorian house by an inlet on the Gulf of Maine. Each day at twilight, I walked down the road. At the base of a hill was a pond. A few healthy ducks lived by it, and two so sick I could see their flesh through their tattered feathers. At dusk I walked back up the hill and we listened to a pre-release copy of The Boy with the Arab Strap and cooked dinner.

Circuit 2001
I was programming a simulation of the ocean. It had occurred to me that computers and graphics cards were now fast enough that I could build a PC from parts, work through a SIGGRAPH paper on computational fluid dynamics, and simulate the ocean. The first version was in Excel, as a series of lines on a graph. When I started to code in 3D, I set test patterns to fix bugs. The tests looked good. I bought a Nikon with a macro lens, and began to photograph the screen.

Horses 2006
I was an artist in residence in Akureyri, Iceland, in the winter. I gave a talk to a class of art school students, showed them slides of my work. A teenager in an Iron Maiden shirt found me afterward, and said that if I liked animals, perhaps I would like to meet the horses. He said they were up the hill.

Monkey Mountain Summit 2011
I drove east from Utah, and realized that I had time before we met up in Kansas. I drove along the Gunnison River and turned north. I’d tried twice before to climb the mountain that looked like a baboon’s face in a satellite picture. Both tries it had been autumn, and snowy in the Rockies. It was August this time. I checked into the hostel. I called the rancher at the base of the mountain and asked if I could park on his property.

Backyard 2016
In Tallahassee, listening to WFMU over the internet, to Alice Cooper singing Lost in America. So delighted by its connections and leaps. In class that day, I told the students the lyrics. A few months later in NY, listening to Phil Schaap’s Bird Flight when I feed Ursula. Dreaming that Schaap will start a new show, Schaap Flight. He’d plays in chronological order his programs since 1970, commenting between clips on what was going on in his life then, what was happening in music then, what was happening in the city.