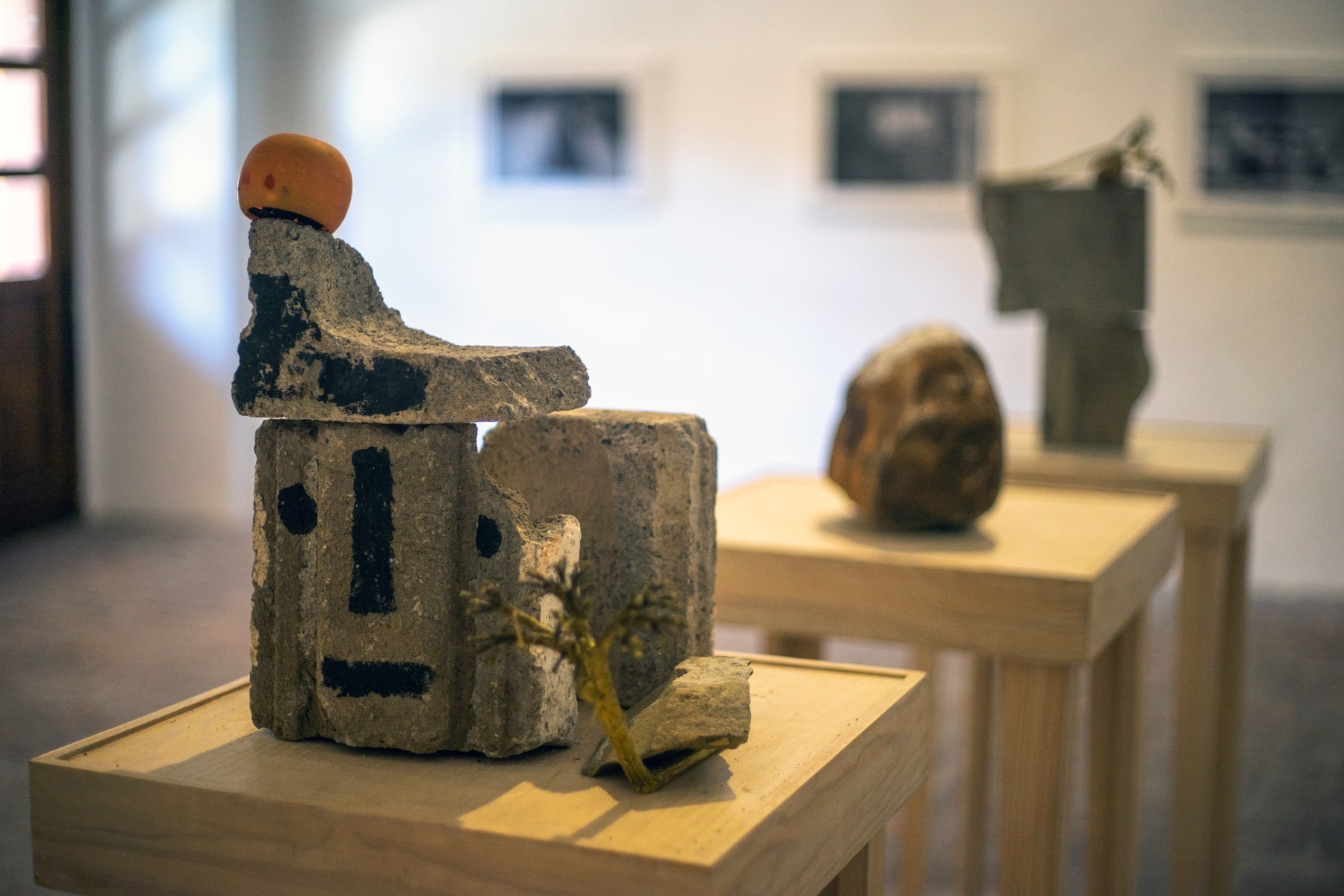 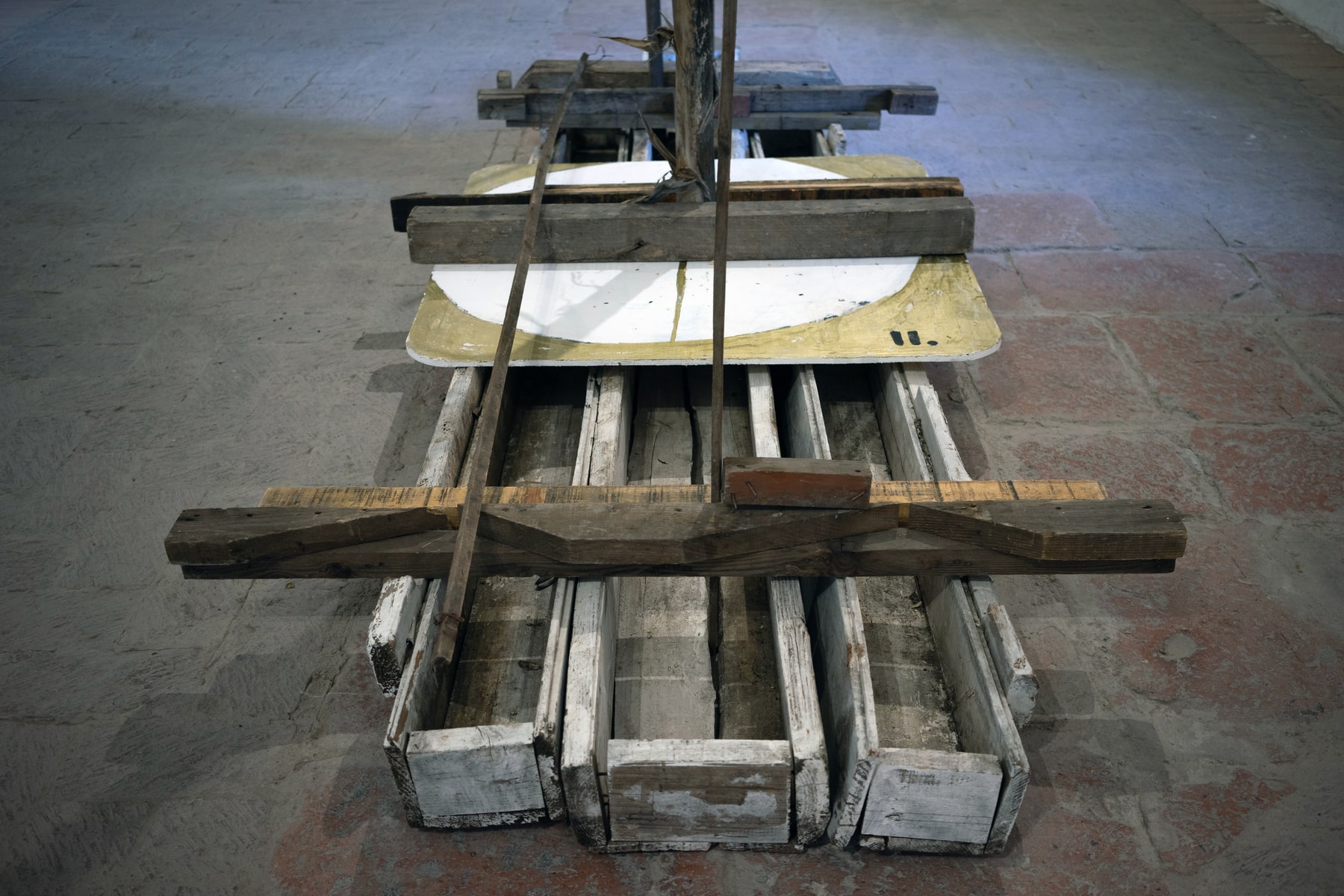 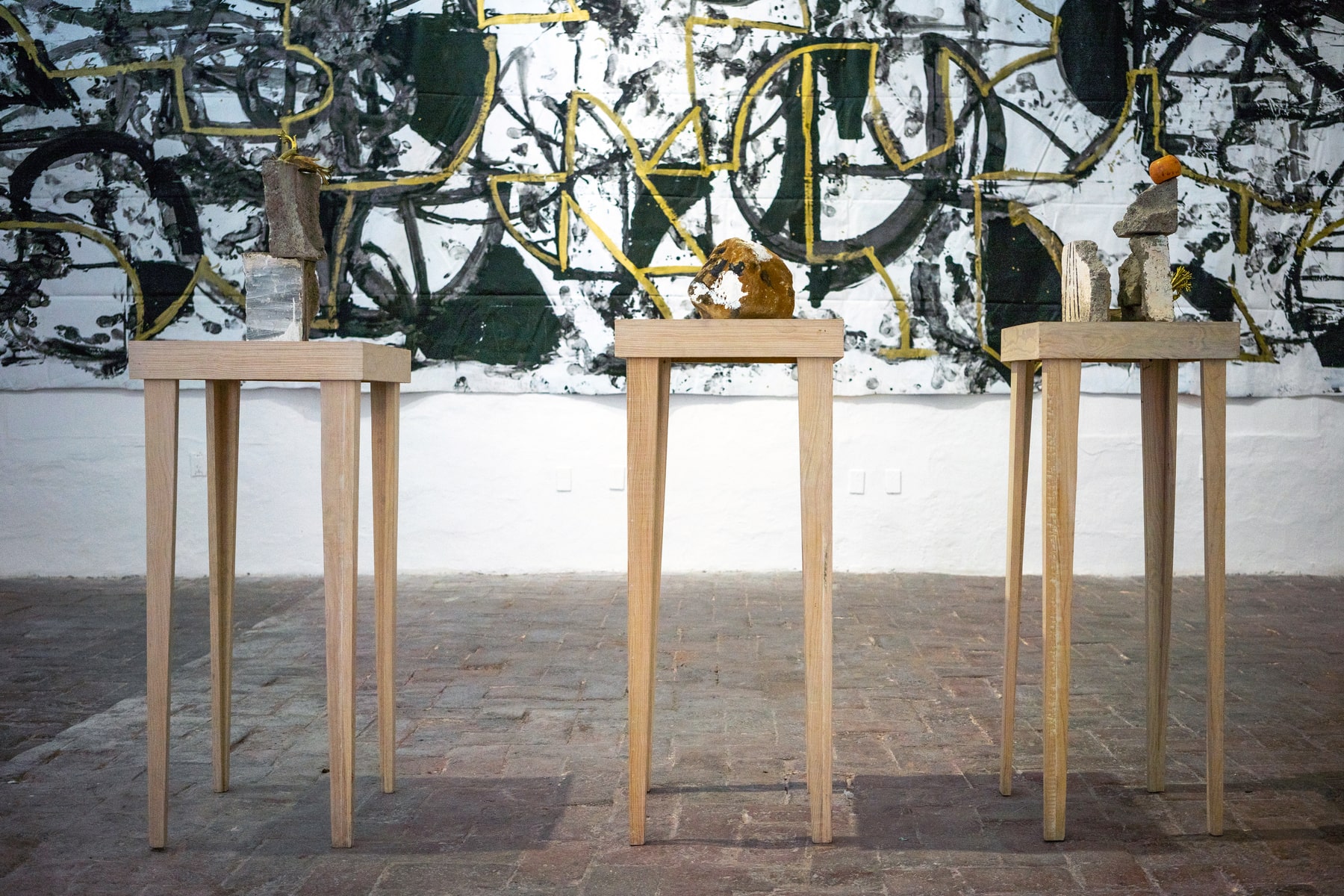 Sin Tierra is an exhibition of four projects related with the tour. One of the projects is within the old De Profundis Room, a monastic space devoted to atonement with a stone road that goes from this room towards the refectory.

On an Stone road, Jordan has placed the allusion of the wreck of a wooden raft. Its mast is the golden flower of a dry quiote. Around the place there are 15 iconographic stations that have been numbered and that allow the pilgrimage in the museographical room.

There are other three projects in the first two rooms that are related with the walks aesthetics.

In the first room we can find Mars: memories to forget (Marte: Memorias para olvidar). Here, the artist intervenes the remote deserted location of Estación Marte, Coahuila. There, Jordan recreates the fiction of a Martian exploration and the archaeological encounter with kings’ tombs, skulls, heroes’ monuments, beasts and Martian inhabitants.

This Martian series has the curatorship of Aurora Berrueto, a professor at the Department of Art and History of Texas University in San Antonio.

In this same room, there is a monumental work in which the artist trespasses the ratio or geometrical reason of his body, tracing the shapes of his body movement with golden and black through extension and flexion.

This piece called Deriva (Drift) was part of another exhibition curated by Abril Zales at La Cresta, an independent space for contemporary art in San Pedro Garza Garcia, Nuevo León in the Series From the Body the tangent (Desde el cuerpo la tangente).

At room number two there is the series Arado (Plough), in which Jordan goes over the empty lands of Saltillo, Coahuila. The spaces denominated by Francesco Caleri as nomads that are contrary to the sedentary spaces in which the urban furniture is located.

In them, Jordán traces monumental drawings while walking with a particular drawing tool: an agricultural grill of the XIX Century fixed to a wooden board. These drawings in the land are recorded from the sky.

All the exercises were recorded and documented in video by Jessica Nieto, except for Mars: memories to forget (Marte: Memorias para olvidar).