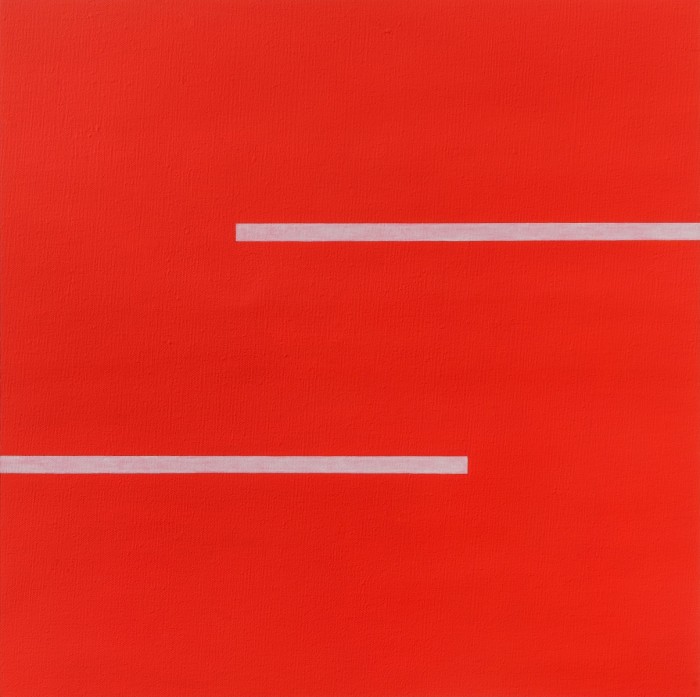 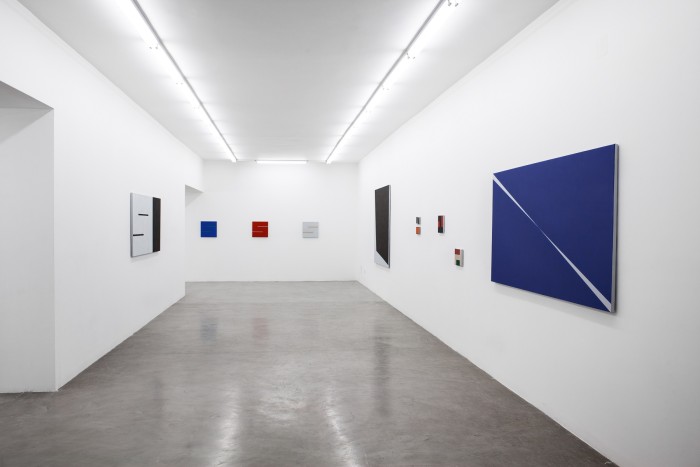 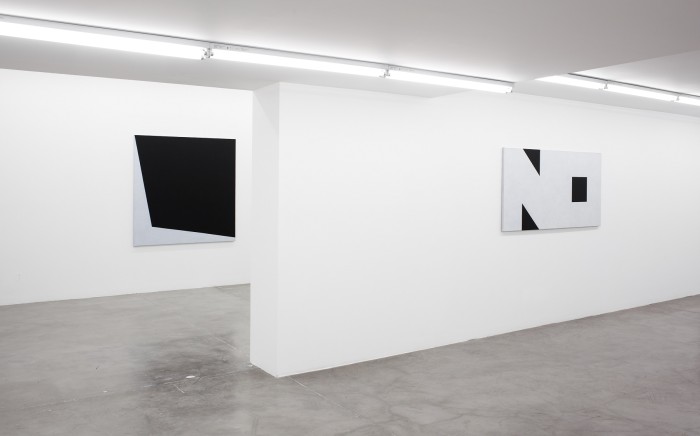 HACHE Galería presents Seré feliz [I’ll be happy], the second solo show of artist Gilda Picabea to be held at the gallery.

Gilda Picabea’s work revolves around painting, which she understands as expression but also as discipline, as product but also as thought, as image but also as absence of image. She understands painting not only as experience but also in relation to life. Picabea has, over time, limited the resources she uses to paint, honing in on the interaction between a limited number of tones, values, and forms within the confines of the painting. She uses the format as another element in the composition and construction of the image, drawing large planes of simple geometric shapes (squares, triangles, rectangles) that she later covers, cuts, and conceals with thin layers of oil paint.

Sometimes those forms are conceptual representations of, for instance, the number ONE or the words YES and NO, rendered visual language and, thereby, brought into her spatial concerns. To what point —how far— does painting go? Picabea is interested in exploring painting’s limits and definition, the illusion of space and time that ensues at the gaps between the materials and the one observing them. And, going back and forth over the surface of the canvas, she inquires into that dimension where form is born from absence.

The artist seems to have blind faith in the image. The image appears and Picabea encroaches on it with painting.