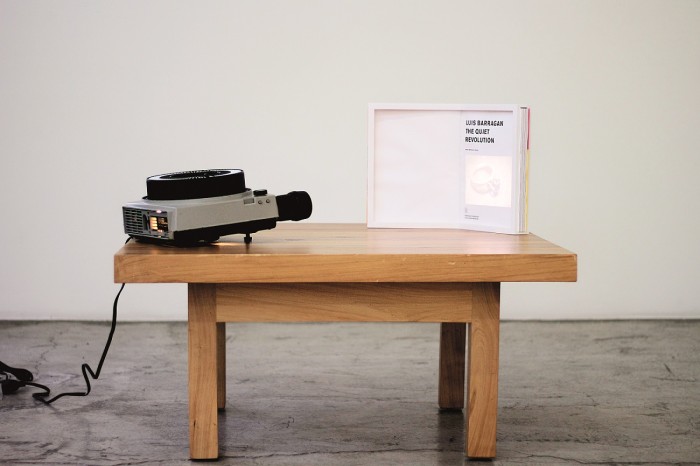 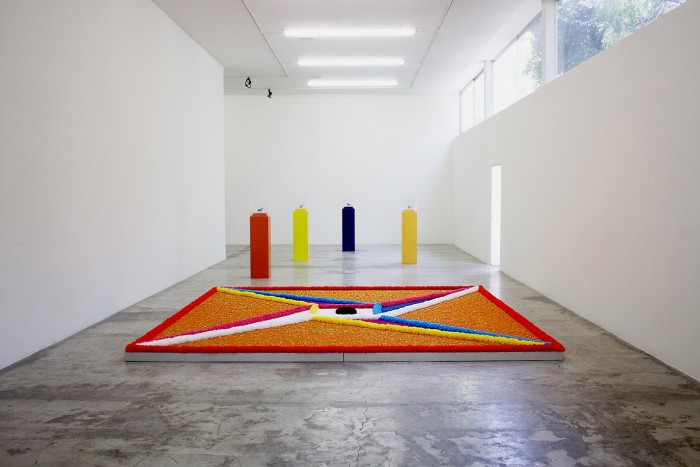 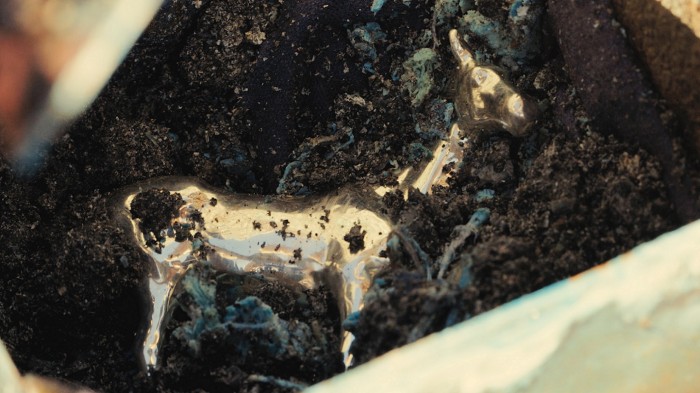 Through an artistic practice that is at once visual, textual, and performative, Jill Magid forges intimate relationships within bureaucratic structures –flirting with, seducing, and subverting authority. Her projects probe seemingly impenetrable systems, such as the NYPD, the Dutch Secret Service, surveillance systems, and, most recently, the legacy of architect Luis Barragán, and unsettle these forms of power.

Magid’s works often take the form of elliptical love letters that draw out human qualities in agents of control. These charged encounters are founded on mutual trust, but are also fraught with ethical complications and social asymmetries. Through her works, the artist reframes the complexity, potential intimacy, and absurdity of our relationship with institutions and power.

Ex-Voto at LABOR celebrates, and awaits the response to, a climactic moment within Magid’s extended, multimedia project The Barragán Archives which examines the legacy of Mexican architect and Pritzker Prize-winner Luis Barragán (1902–1988). The Barragán Archives poses piercing, radical, and pragmatic questions about the forms of power, public access, and copyright that construct artistic legacy.

In his will, Barragán split his archive into two parts. Along with the vast majority of his architecture, his personal archive remains in Mexico at his home, Casa Luis Barragán —across the street from LABOR— which is now a museum and UNESCO World Heritage Site. In 1995, Barragán’s professional archive, including the rights to his name and work and all photographs taken of it, was purchased by Rolf Fehlbaum, the Chairman of the Swiss furniture company Vitra, who, so it is said, gifted it to his then fiancé, Federica Zanco, now Director of the Barragan Foundation. For the last twenty years, the archive has been publicly inaccessible, housed below Vitra corporate headquarters.

This summer, the project reaches a thrilling and unexpected salvo in Magid’s long-term engagement with Luis Barragán, Barragan Foundation, Barragán’s descendants, the Mexican Government and the indispensable creative legacy that binds them. In her current exhibition at Kunst Halle Sankt Gallen, Magid presents The Proposal, a two-carat diamond grown from the cremated remains of Barragán’s body and set into a ring. The Proposal is a gift, offered to Federica Zanco, in exchange for the return of Barragán’s archive to Mexico. The piece serves as both a poetic counterproposal to Fehlbaum’s offer of marriage to Zanco, and a re-animation of a formerly closed scenario.

At LABOR, Magid shows two new sculptures, her video work The Exhumation, and a series of ex-votos. An ex-voto, often realized as a narrative painting or tin plaque, is a votive offering presented to a saint or divinity in fulfillment of a vow. At the exhumation of Barragán’s ashes from Rotonda de los Jaliciences Ilustres (Rotunda of Illustrious Persons from Jalisco), Magid made Barragán a votive offering: a pure silver horse, equivalent to the 525 grams of his ashes she removed from the urn, which was permanently placed back into it. Magid’s Ex-Votos, a series of four painted tin horses, thank the Barragán family, the Government of Jalisco, the silver horse and the diamond, made solely from Barragán’s remains. A fifth horse will be produced when and if the ring is accepted.

The Barragán Archives elegantly and forcefully rejoins the divergent paths of Barragán’s professional and personal archives. Probing Barragán’s official and private selves, and the unique interests of the multiple individual, governmental, and corporate entities that have become the archives’ guardians, Magid directly engages complex intersections of the psychological and the judicial, national identity and repatriation, international property rights and copyright law, authorship and ownership, the human body and the body of work.

Courtesy of the artist and LABOR, Mexico City