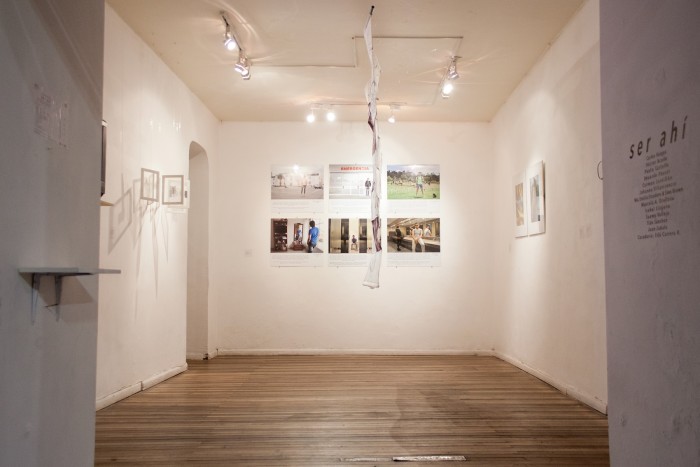 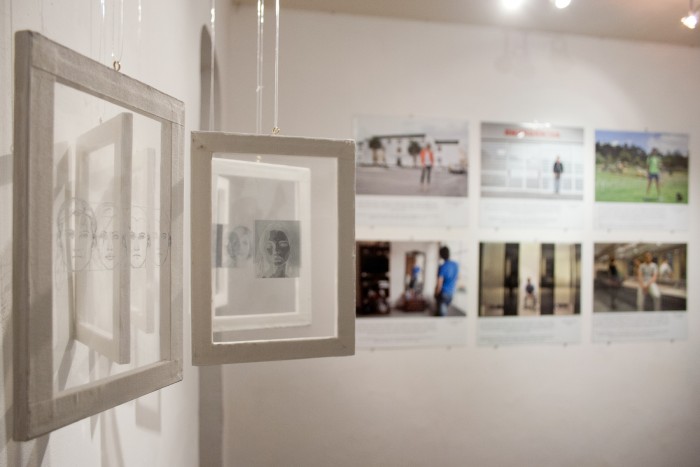 No Lugar – Arte Contemporáneo and the 2015 Ecuadorian LGBTI Pride Month Organization are pleased to invite you all to the art exhibition Ser Ahí (Being There). The opening night of the show took place on Friday, June 19 2015 at 19h30 at No Lugar Gallery, located on García Moreno N9-97 and Oriente street, and it will be open to the public until Friday, July 10, from Tuesday to Friday from 16h00 to 19h00 or under previous appointment.

For this 2015 edition of the exhibition No Lugar made an open call to artists whose purposes work around affections and the sphere of the private – these affections, influenced by legal, cultural, religious or family issues, are seen as different ways of exerting violence on certain bodies which operate in some other ideological, symbolic, social and affective territories. 13 artists from Ecuador, Argentina and Peru were selected to be part of this year’s exhibition.

The exhibition seeks to express the state of the world, as it’s being lived by the body; the artists comprehend their production as an open gate to themselves in order to understand the own existence, desire and affections. From this new scenario emerges the eagerness to trace a present’s cartography, looking forward to identify some asphyxia points in the body, and also to make possible worlds emerge.

The body is a tool that can establish a real connection with the world and the existence; putting it aside, abstaining it, enclosing it, controlling it, is denying its human condition.

The artworks shown in the exhibition allow the access to the infinite field of the body, in which an experience of the real world can be held; the body answers to it, incises on reality, finds and shows to itself and to the others.