Wallowing in the Avant-Garde Dust: A Brief Review of Veracruzan Art Practices During the Pandemic

The artist Rodolfo Sousa shares a reading about the art ecosystem in the state of Veracruz to constellate (possible) situated exchanges of cultural work. 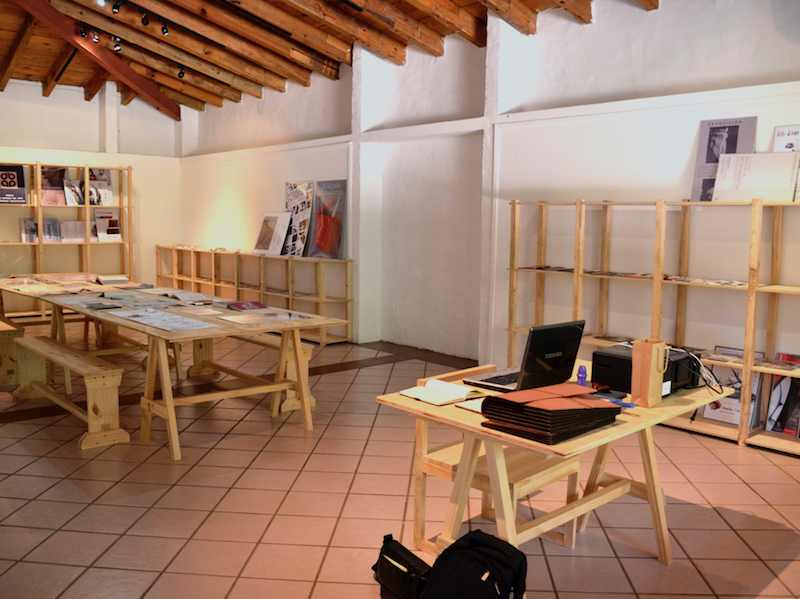 In 2015, Alejandra R. Bolaños surprised her art community. As a result of her thesis for her Bachelor’s degree in visual arts at the Universidad Veracruzana, she exhibited Nudo [Knot] at the Jardín de las Esculturas in Xalapa. The exhibition was made up of the documents gathered from different newspaper libraries and archives of local artists recording the emergence and experiments of conceptual practices in the state of Veracruz, in Xalapa to be more precise, as the epicenter of an artistic community based on care and experimentation of artistic techniques that had migrated in opposition to the proposals linked to the dematerialization of the artistic object, apparently concentrated in Mexico City.[1] Alejandra’s hypothesis was the result of the permanence and boom of graphic and ceramic workshops, of the methodological and discursive deficiencies of art history professors who omitted in their account of local art the work of artists such as Carla Rippey, Adolfo Patiño, and Felipe Ehrenberg, who after their arrival at the art faculty, had differences regarding its management. Permanent jobs were left in the hands of other artists—who, while incorporating art theory into their work they dedicated also to the work and rescue of crafts—and professors eager for full-time positions who currently refuse to retire or update their programs.

The ever-told story of the city of Xalapa as an artistic epicenter to which one flees in opposition to the capital of the country dates back to 1924 with the arrival of the Estridentistas, after the appointment of the poet Manuel Maples Arce as secretary of government of Heriberto Jara, governor of Veracruz from 1924 to 1927. This administration was articulated through an educational, technological, and artistic plan that appropriated the avant-garde practices that Maples had learned during his stay in Europe. The political-aesthetic plan competed with the Contemporáneos, Vasconcelos, and with the post-revolutionary political struggles. In my opinion, Xalapa was envisioned as a Total Work of Art in which the citizens participated. The Estridentista project lasted only three years and was integrated into the myth of an Athens-like Veracruz in which agents and practices as diverse as archaeological sites (with extractivist practices), son jarocho, jazz, signature ceramics, modern architecture, graphics, and the constant attempts to integrate the biodiversity of the territory with artistic practices also participate: antiquity without traditions and traditions imposed by modernity. In addition to the mystification and localism typical of the state projects and dreams since its constitution, the participation of international referents born in the region is frequently sought, although they have had little or nothing to do with the university, and whose practices are alien or opposed to those of local artists. 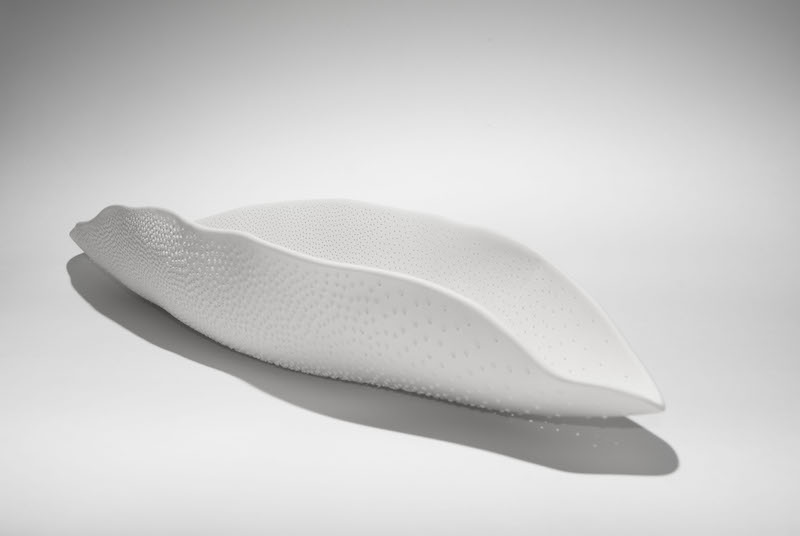 The artistic tradition in Veracruz has resulted in state policies that integrate the Institute of Culture, founded in 1987, to the Ministries of Education and Tourism. The current management of the Institute, since its inauguration in 2018, makes a transition to a ministry, necessary for its survival and autonomy.

State cultural institutions, during the current administration, have shown interest in contemporary art. Its biennials (Veracruz Art Biennial and the Utilitarian Ceramics Biennial), as well as its workshops and exhibitions, have been constantly redefined, negotiating with artistic practices that escape from localisms and everything that smells of national pride, not only for its integration with the global market system but also for its criticism of modernity and the values that are perpetuated by the institutions themselves. However, symptomatic of its institutionalism, the Veracruz Art Biennial sticks to the state’s motley production, and the awards given to artists are based not only on the soundness of a work’s discourse and its relevance but also on marked representativeness. This obstinacy undermines the specificity of curatorial approaches subsidized by institutions (at the state, municipal, and university levels).

On the other hand, contemporary artists work between their territory and the artistic centers by considering situated thought and practices, where the expropriation of the landscape and local trades are part of their work, as has been the case of Alejandra R. Bolaños, Luis Enrique Perez, Abel Zavala, and Tania Ximena.[2] Regarding curatorial approaches or the construction of local narratives, there has been no reimagination of history, no retransmission of information, no memetics.

If the cultural institutions of Veracruz were nourished by artists exiled from the center, the contemporary community will have to be an apparatus of conjuration, digest the exterior, virtuality, cultural enterprises, transit between the workshop of artistic production and entrepreneurship, it will have to deal with the apparatus of state capture, the precariousness of local collecting and the disinterest of foreign collecting.

The public health policies arising from the COVID-19 crisis had an impact on the programming of exhibitions and events managed in institutional spaces. Museums and galleries belonging to the Institute carried out different activities from conventional social networks: virtual tours, catalogs, downloadable pdfs, a series of interviews conducted by ascribed managers, and videos of the artists in their space that ranged from video essays to visiting celebrities. The return to face-to-face activities and exhibitions occurred at the end of 2020. Although the V Veracruz Art Biennial was inaugurated without delays, it was interrupted by epidemiological safety protocols. 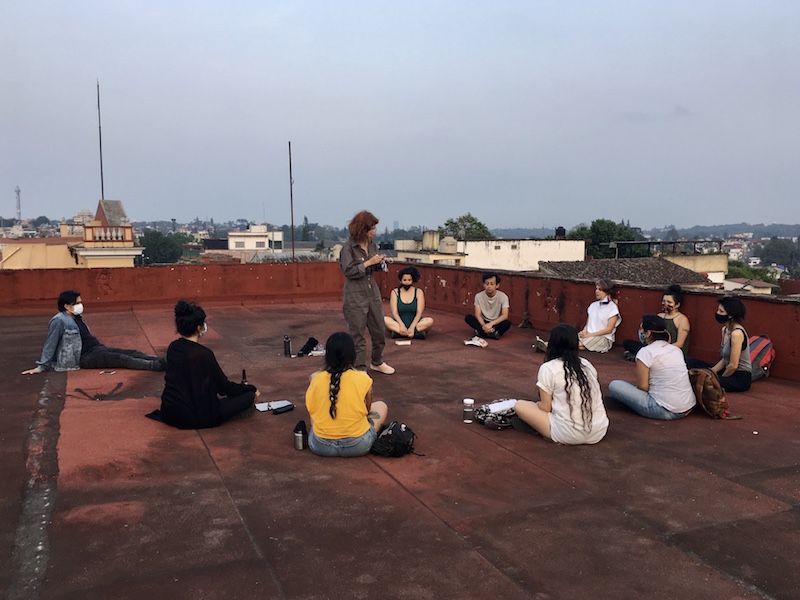 In recent years, there have been new galleries and cultural centers trying to position themselves and encourage collecting in the region based on models such as start-ups and cultural companies that do not depend on institutional support, but rather generate their own resources. Flavia Galería, closer to the second model, has managed to stay afloat with an exhibition program that alternates works by established artists and more experimental projects.[3] In Xalapa, there is no contemporary art market, nor is there a culture of collecting that allows a gallery to survive exclusively on the sale of artworks. Flavia has made use of the poly-business: specialty coffee, design store, and classes/workshops. With the pandemic and the assignment of sanitary protocols that allow or restrict the opening of businesses, their activity was slowed down for the first two months in which they launched online sales and gave virtual lectures. The cafeteria, by carrying out an essential activity, allowed Flavia to reopen. It currently operates under said protocols established by the municipality.

The confinement of the first months brought back artists trained in Veracruz who were established in Mexico City and who are part of the circuit and scene of other artistic centers. While Alejandra R. Bolaños’ presence was intermittent in Xalapa, she settled in the outskirts of the city in early 2020 and her projects begin to be socialized in person. Bruma Laboratoria, directed by Alejandra and the artist Enero y Abril, has been not only an independent training program, but also a space for intergenerational dialogues, between producers anchored to modern trades, undisciplined artists with elusive and impulsive interests, and young academics with training in anthropology and environment.

Perhaps, the political imaginaries that are urgently needed within the local cultural institutions of Veracruz and their constant efforts to expand rights is one that escapes and finds transitional alliances in a locality that no longer functions as “the periphery of the center,” but as a site of rehearsal and situated practice, traversed by global crises and particular responses of survival.