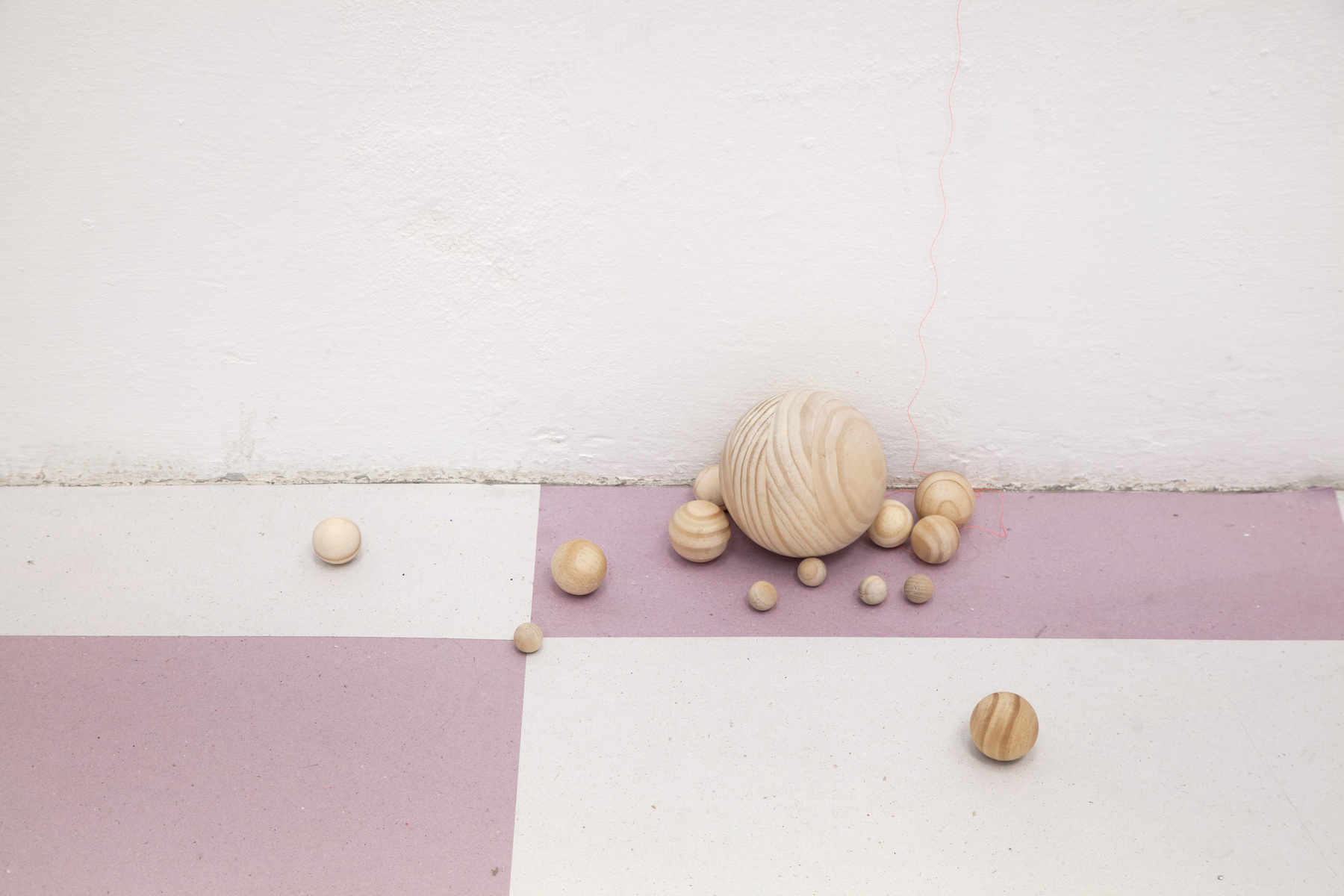 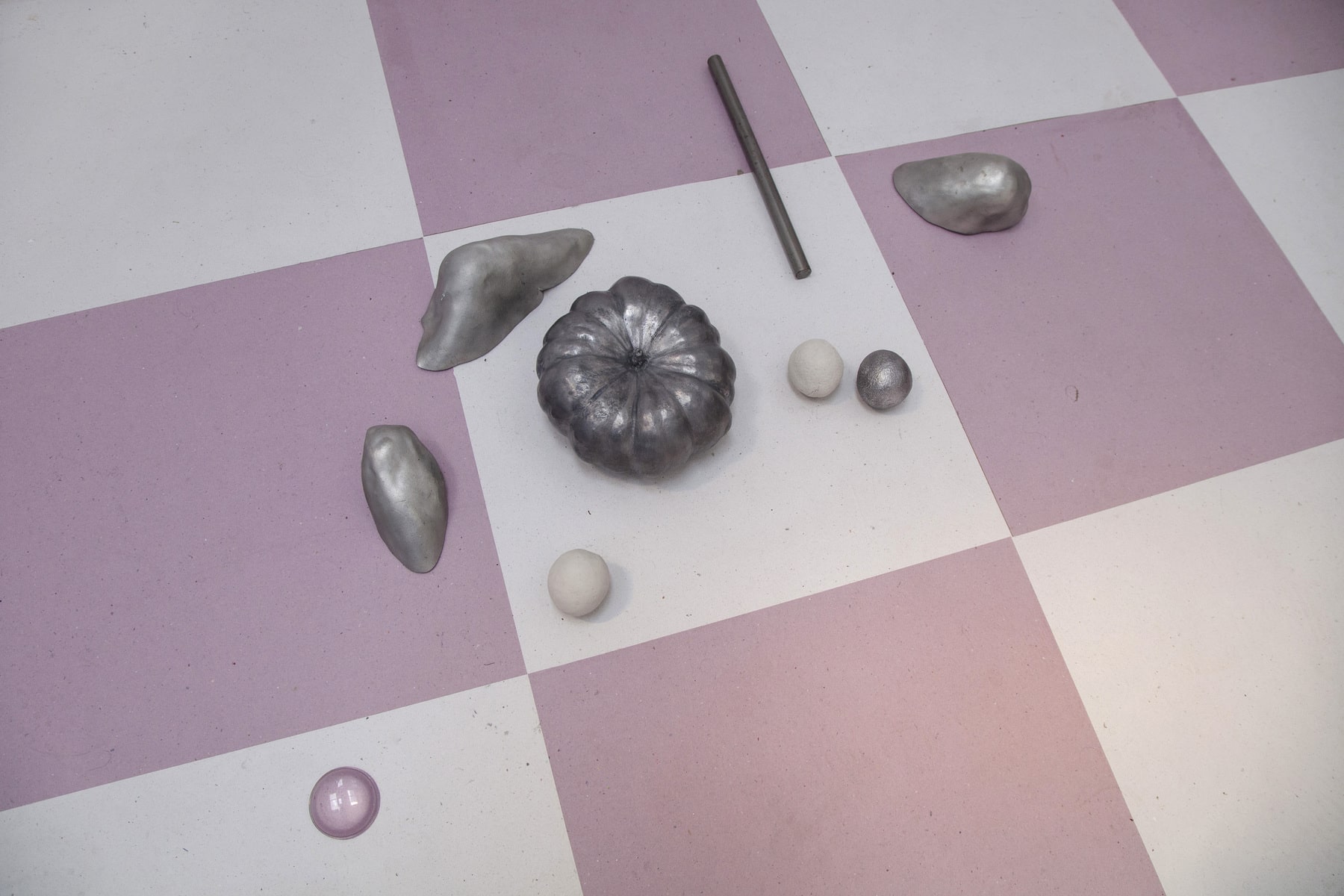 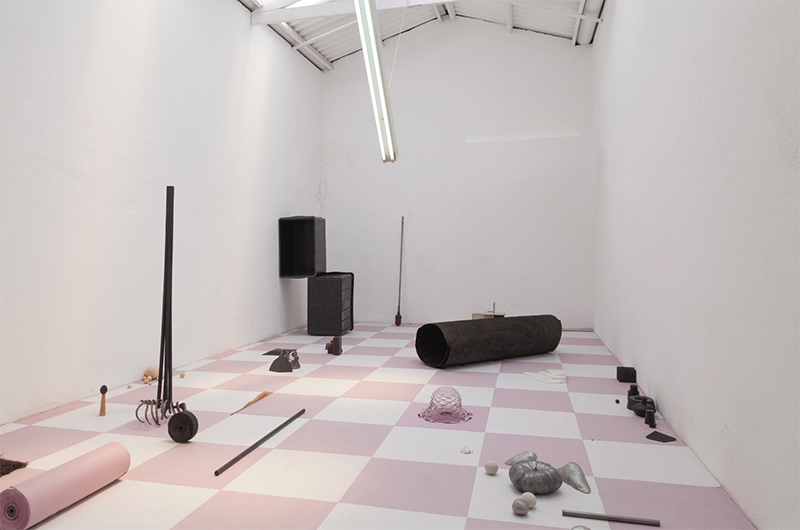 We assumed that there was no principle guiding us from the start. We let go of possible themes and the conceptual sphere that could connect different optics in a field of action. Rather than an exhibition idea, we wanted other ways of having ideas. We searched, more than anything, for a shared challenge. And by dispensing with each other’s habits and protocols, by distancing ourselves from individual methods, a collective process was created.

From the architecture, a new ground came up. A new floor made of sheet paper was erected. We were always interested in that fragility. That base, at the mercy of the weight of things, available to be sketched in space, instigated right from the beginning. Thus, little by little, a new extension of an inscribed soil was set up, a surface designed to test a floating field of materials and distances, based on a common judgment.

Within fifteen days of activation, a game whose rules established by itself was installed. Each and every move started a new tension. But that phenomenological exercise implied agreements. Any part moved affected its surroundings—and any affection required consensus. That was how we operated in the space, abdicating the vector of opposite poles, in the name of the sum of gestures.

And in the meantime, the floor never ceased to impose itself over everything it held. He became a guide, at the same time as a restriction. He proposed arrangements, as well as the desire to break them. It brought its gaps, but also its own limits. Nothing more than a clash of rigor and contingency. A clash of order and transgression. It was a possibly endless game. So, it became necessary to interrupt it and abandon the board—to make it public, to share it.